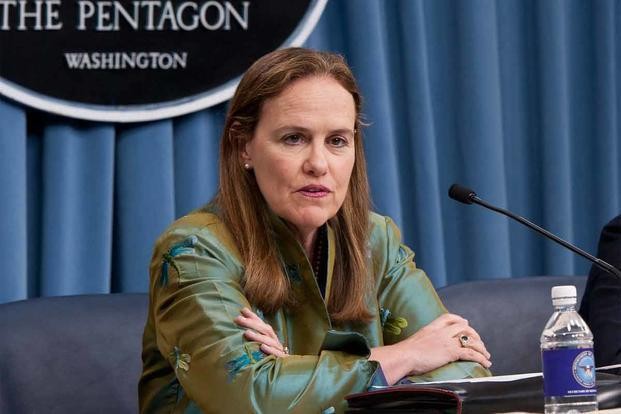 TAIPEI (Taiwan News) — President-elect Joe Biden's reported top choice for secretary of defense appears to be in favor of building a stout defense against China in the South China Sea, boding well for U.S. military policy toward Taiwan.

Former senior defense official Michele Flournoy is reportedly at the top of Biden's list of candidates for defense secretary. In a sign of her apparent hawkish stance towards China, Flournoy recently wrote an op-ed in which she stressed the need to strengthen the U.S. ability to deter threats from China.

Flourney, who served as deputy assistant secretary of defense for strategy for President Bill Clinton and under secretary of defense for policy for President Barack Obama, published a piece in the June edition of Foreign Affairs titled "How to Prevent a War in Asia: The Erosion of American Deterrence Raises the Risk of Chinese Miscalculation." In the article, Flourney wrote that China's “strongly held beliefs about the United States as a declining power” could embolden it into taking higher-risk actions, such as attacking or blockading Taiwan.

Flourney assessed that China is starting to believe it can achieve a quick strike that would disable all U.S. defenses in the region, paving the way for an invasion of Taiwan. "China’s theory of victory increasingly relies on ‘system destruction warfare’ — crippling an adversary at the outset of conflict, by deploying sophisticated electronic warfare, counterspace, and cyber-capabilities," wrote Flourney.

To boost deterrence capabilities, Flourney asserts that the U.S. must modernize and strengthen its forces in the region to raise the cost of "Beijing’s calculus." Such is the buildup that Flourney is advocating, that it would enable the U.S. military to "credibly threaten to sink all of China’s military vessels, submarines, and merchant ships in the South China Sea within 72 hours."

The potential defense secretary reasoned that if Chinese leaders are put in a position in which they wonder "whether it was worth putting their entire fleet at risk," they would "think twice" before attempting a blockade or invasion of Taiwan.

In a Defense News article on Sunday (Nov. 8), Flourney reiterated the need to toughen American defenses in the region in order to protect its interests: "We have to have enough of an edge that first and foremost we can deter China from attacking or endangering our vital interests and our allies. That means resolve."

Like Biden's recent stated strategy on dealing with China, Flourney also believes that teaming up with other countries in the region to pressure the communist country is a more effective method than Trump's bilateral approach.