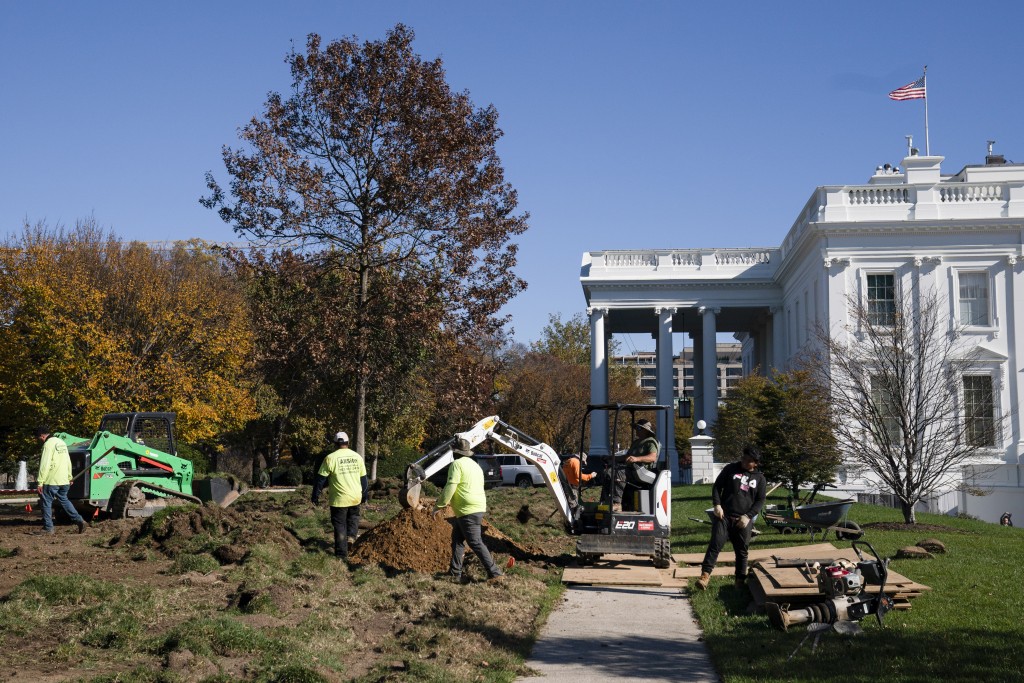 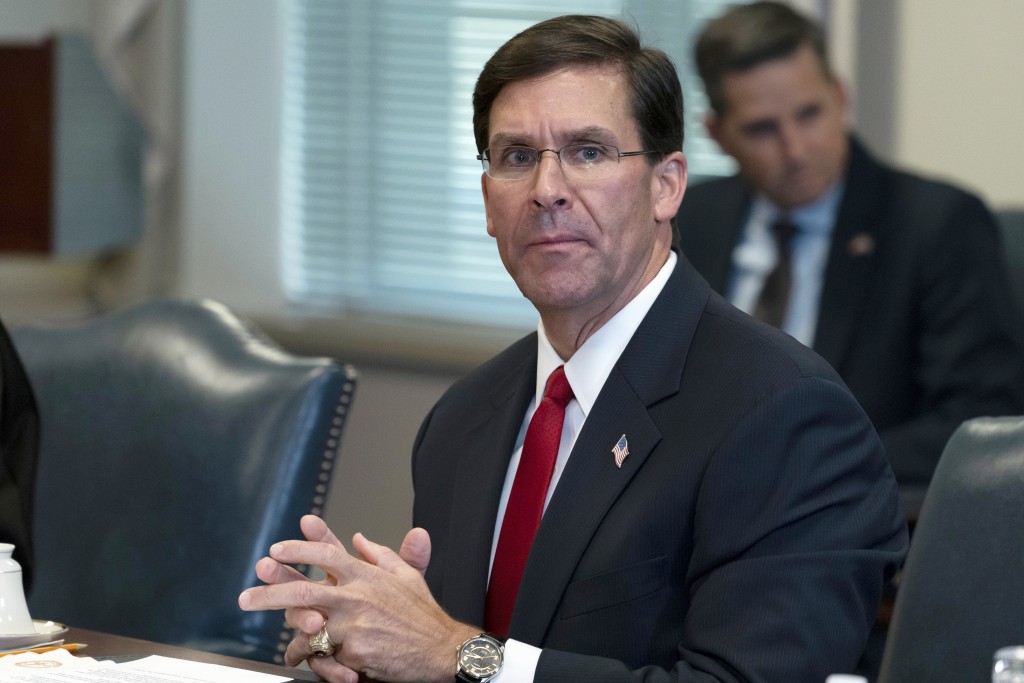 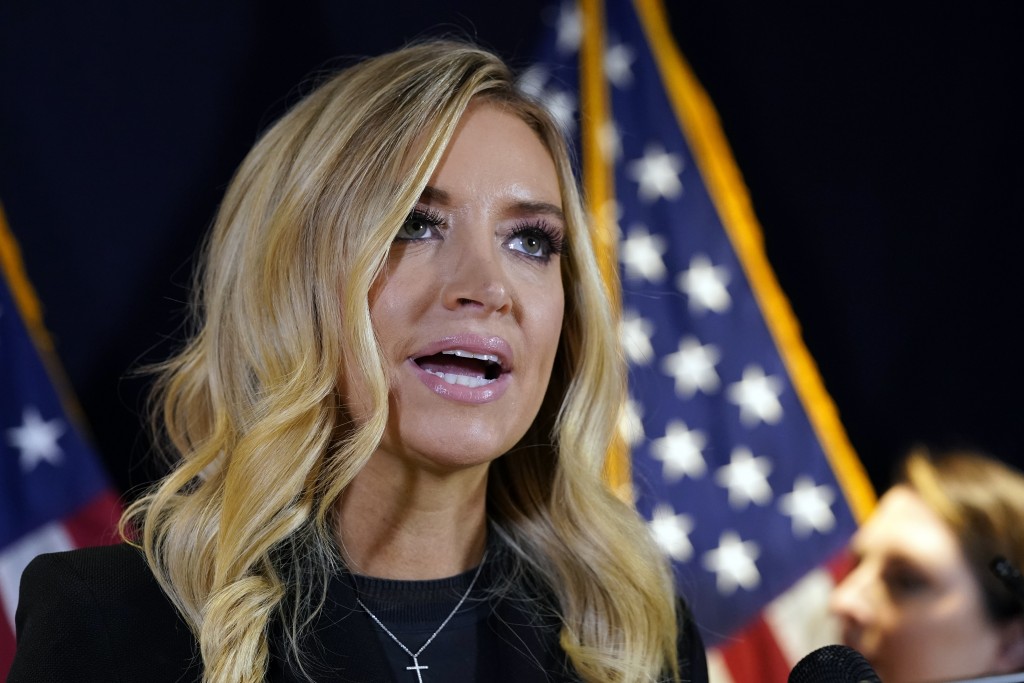 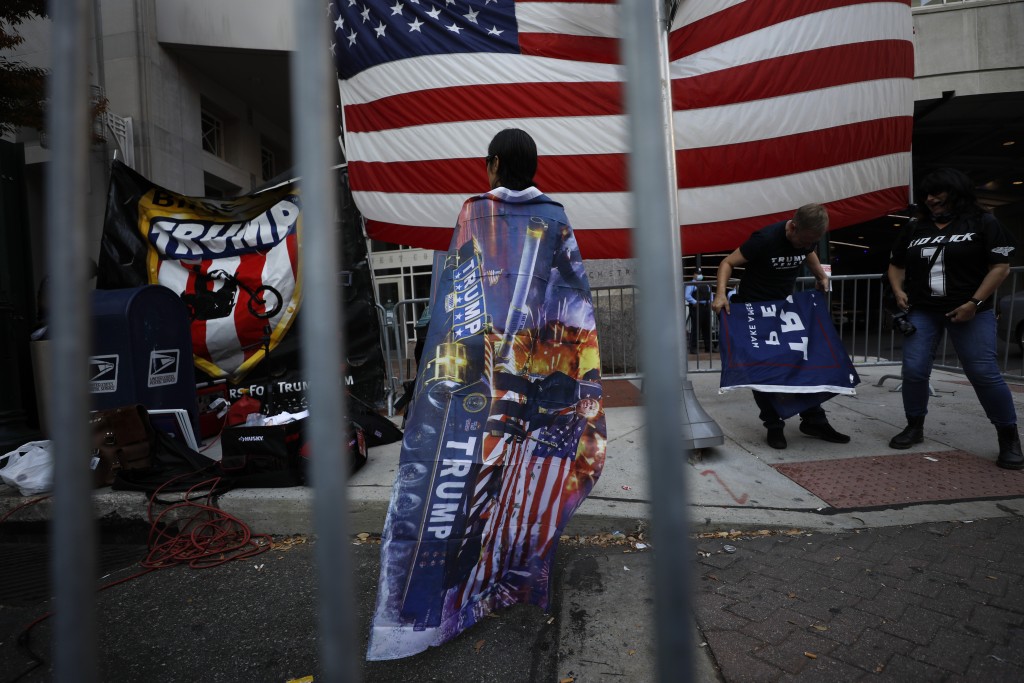 Despite little evidence of fraud, Barr signed off on investigations into the unsubstantiated claims made repeatedly by Trump. Even as Biden began assembling experts to face the surging pandemic, the federal agency that needs to green light the beginnings of the transition of power held off on taking that step. And the White House moved to crack down on those not deemed sufficiently loyal as Trump continued to refuse to concede the race.

Top Republicans largely refused to put widespread pressure on Trump to accept his election loss. He remained out of sight at the White House, conversations ongoing about how the defeated president would spend the coming days and weeks as he challenged the people's verdict.

The ouster of Defense Secretary Mark Esper was expected by some aides to be the first of several firings by Trump, now freed from having to face voters again and angry at those in his administration perceived to be insufficiently loyal. Others believed to be vulnerable: FBI Director Christopher Wray, CIA head Gina Haspel and infectious disease expert Dr. Anthony Fauci.

Out of sight but not unheard, Trump took to Twitter to again dispute the result of the election, making baseless accusations of widespread “unthinkable and illegal” activity in the vote.

Trump is not expected to formally concede but is likely to grudgingly vacate the White House at the end of his term, according to several people around him. He was in discussion with top allies about the possibility of more campaign-style rallies as he tries to keep his supporters fired up despite his defeat. It was possible they would feature his family and top supporters but not the president himself.

The president was given cover to keep fighting by Senate Majority Leader Mitch McConnell, seen by many in the GOP as the one who may eventually need to nudge Trump to the exit.

“Our institutions are actually built for this,” McConnell said as he opened the Senate on Monday. “We have the system in place to consider concerns and President Trump is 100% within his rights to look into allegations of irregularities and weigh his legal options.”

Senate Democratic leader Chuck Schumer countered that the Republicans’ refusal to accept the election results was “extremely dangerous, extremely poisonous to our democracy.”

Sen. Mitt Romney, R-Utah, said it was time for the transition to proceed unimpeded. “At this stage, I think the transition should be underway, even though it’s not finalized," he said. "We want to make sure that the interests of national security and smooth transition” are carried out.

A few other GOP senators sent tepid nods toward a transition. Sen. Ben Sasse of Nebraska offered congratulations to Biden, and Sen. Susan Collins of Maine noted the Democrat's “apparent victory.” But many Republican lawmakers were reluctant to speak up about the election, seeing little political incentive to take a firm stance on Trump’s transition from the White House.

Republicans on Capitol Hill have been hesitant to push Trump to concede to Biden, knowing it would anger their base of Trump’s most devoted supporters. Most were also not overtly encouraging the president’s unfounded claims of fraud, while allowing baseless questions about the election process to linger.

Adding to the sense of uncertainty, the General Services Administration held off on formally beginning the transition, preventing Biden’s teams from gaining access to federal agencies. An agency spokesperson said late Monday that an “ascertainment” on the winner of the election had not yet been made. Citing what the agency did during the extended 2000 electoral recount, it signaled that it may not do so until Trump concedes or the Electoral College meets next month.

Across government, there were signs of a slowdown.

In weekly Monday morning all-hands phone calls for Midwest-based employees of the Environmental Protection Agency, mid-level administrators responded to questions about the transition by telling staffers they had no information yet, said Nicole Cantello, an agency employee and president of the Chicago local of a union representing EPA workers.

Up to Friday, at least, EPA employees told agency retirees that the agency’s political appointees were refusing to discuss any transition, saying they were sure Trump would be reelected.

A senior administration official said presidential personnel director John McEntee, the president’s former personal aide, has sent word to departments that they should terminate any political appointees seeking new work for now. Another official said the warning was not seen as likely to result in any firings but rather meant to reinforce to staff that they should not act counter to Trump while he refuses to concede. Those officials and others who were not authorized to discuss internal policies or describe private discussions requested anonymity.

At the U.S. Agency for International Development, which already underwent an abrupt post-election change in leadership, staffers were instructed not to begin acting on transition planning until the GSA approved it, according to officials familiar with the matter.

But some elements of the federal government already were mobilizing to prepare for Biden to assume power. The U.S. Secret Service and Federal Aviation Administration extended a flight restriction over Biden’s Wilmington, Delaware, home through Inauguration Day. Biden's security detail has been bolstered with agents from the Presidential Protective Division.

And despite Trump’s public stance, there was a growing realization in his inner circle that the election result would be impossible to overturn.

Legal challenges already have been dismissed in battleground states like Georgia and Wisconsin. And Trump’s legal challenge was dealt another blow Monday when campaign adviser David Bossie, tasked with leading the effort, tested positive for the coronavirus.

Bossie had been at the indoor White House election night party now being perceived as a possible superspreader event after other attendees — including chief of staff Mark Meadows, Secretary of Housing and Urban Development Ben Carson and other aides — contracted the virus.

Some senior officials have tried to make the case that Trump should turn his efforts to cementing his legacy, but they are wary of being labeled disloyal for even thinking it.

At the White House, attendance among aides had dropped off since election night — partly because of the result and partly because a number are in quarantine after contracting or being exposed to people who came down with COVID-19. And Vice President Mike Pence was slated to depart Tuesday for a vacation in Florida.

In the closing days of the election, Trump repeatedly described campaigning as “my job,” and it steadily crowded out his official duties.

Trump’s public schedule hasn’t included an intelligence briefing since Oct. 1. The White House hasn’t provided a “readout” of any call between the president and a foreign leader in weeks. He hasn’t met with members of the White House coronavirus task force in months. He also offered no public comment on Tropical Storm Eta lashing the Florida Keys.

The drawn-out resolution to the election has only added to the culture of suspicion that has permeated the hollowed-out West Wing.

Aides said there were two camps at the White House: those who have already accepted the outcome and those who are still working through it and pushing Trump to keep fighting. Staffers don’t know in which camp their officemates reside and those who are looking ahead to new work are fearful of being branded as disloyal.

The Trump campaign has claimed there has been a widespread, multi-state conspiracy by Democrats to skew the vote tally in Biden’s favor, without hard evidence to back it up. There would need to be proof of illegally cast votes or improperly counted ballots on a massive, organized scale in order to throw out enough ballots to overcome Biden’s sizable lead across multiple states. And that just hasn’t emerged. In fact, election officials from both political parties have publicly stated the election went well.

But in every election, there are problems: voting machines break, long lines force some people away, ballots are miscast and lost. And 2020 has been no exception.