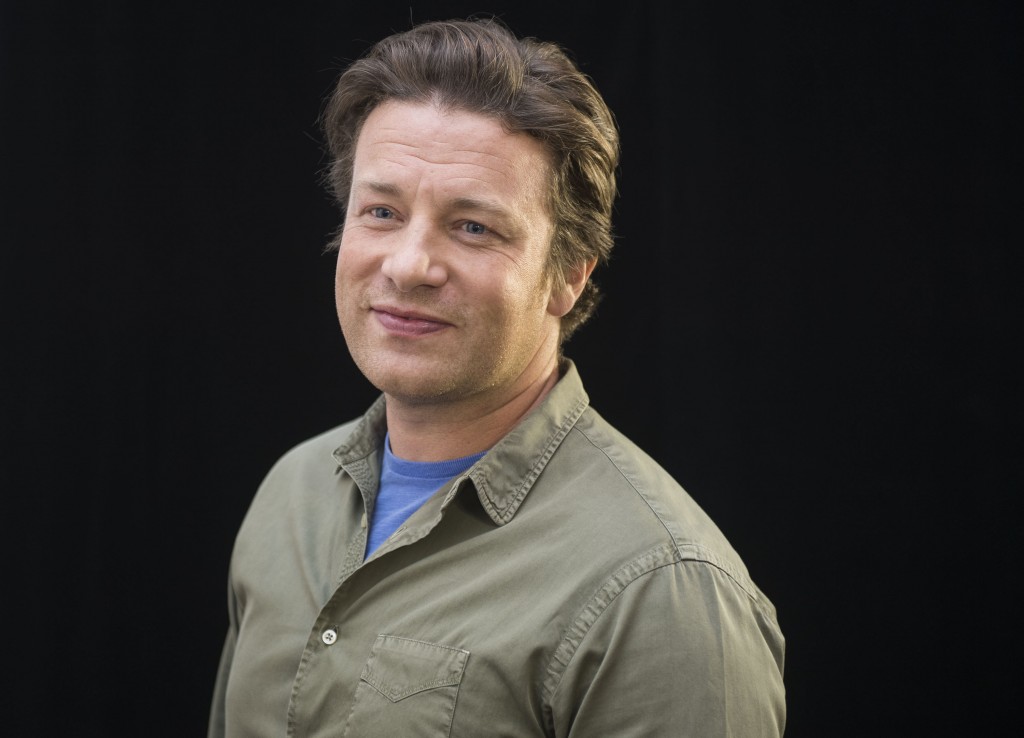 NEW YORK (AP) — Jamie Oliver knows one of the biggest obstacles home cooks face isn't the drudgery of shopping, the chore of chopping or the mess of washing up. It's delivery apps.

What he calls the Uber-ization of the food industry has led to tired families just ordering dinner for delivery or pickup. “It’s never been easier to fix that urge for food at the click of a button,” he said.

Oliver is hoping to inspire home cooks with his 24th book, “7 Ways,” which he calls his most reader-focused cookbook yet. He promises maximum flavor for minimum effort.

“If I can write a recipe that’s delicious and gives you lots of choice and excitement and I know you’ve probably got the ingredients in your fridge already, that has to be pretty powerful,” the English chef said.

The book comes during a global pandemic, and Oliver hopes it offers beleaguered home cooks more options. He notes that sales of cooking utensils and baking products have soared.

“If you cook from scratch yourself, the chances of you saving money is huge,” he said. “Even cheap takeaways are pretty expensive when you’re buying it for four people."

To write the book, Oliver pored over reams of data to find the 3,000 most common food items. He boiled down the list to 18 key — or hero — ingredients, including chicken breast, salmon, shrimp and potatoes.

He then developed seven new recipes to highlight each of the 18 heroes. For the salmon, there's tacos and a po' boy. For eggs, he's got an Indian-inspired frittata and eggy crumpets. For mushrooms, there's a risotto, a soup and a beef stir-fry.

He also looked at the most popular takeout dishes and tried to replicate their taste. He calls them “fakeaways” and there's dozens of recipes — including sweet and sour pork, spicy shrimp noodles and a sausage pizza.

“I’ll try and write a recipe that can lure you into having a go. And ultimately, that’s what it’s all about: trying to keep cooking skills alive,” he said.

Oliver has become a household name for promoting sustainable and healthy foods since starring in BBC’s “The Naked Chef,” in which he stripped food down to its essentials, using simple ingredients and techniques. He later became familiar to North American audiences with Food Network shows like “Jamie at Home.”

In “7 Ways,” Oliver has capped the number of ingredients home cooks need for each dish at eight, and tried new ideas, informed by many consumers who said they were stuck in food ruts.

“I’m trying to represent different cooking methods, different costs and different color, different flavor profiles,” he said. “One of my jobs in this book was to try and help celebrate the ingredient, but break the monotony of the same old dish every week.”

The data showed some interesting things, like that sweet potato and avocado were more popular than initially thought. More avocados were sold in the UK than oranges last year, and Oliver does more than slice them into a salad: He makes an avocado hollandaise, an avocado tempura, and bakes avocados with shrimp.

He also tackles a notoriously difficult vegetable — the eggplant, or aubergine in Britain. It takes center stage as one of the 18 heroes, alongside beef and chicken.

“We kind of worked out what to do with potatoes in lots of wonderful ways. We never really found out what the bloody hell to do with aubergines,” he said. “What I tried to do in that chapter is look at how you can cook them so the skin is crispy and the flesh is creamy, how you can steam them or use them in a ragu or use it to layer up beautiful things.”

One thing that Oliver has gradually warmed up to is including some pre-made ingredients, like jarred pesto or curry paste, and sometimes leaning on frozen vegetables.

“I never would’ve done it seven years ago. I’ve had to get over myself,” he said, laughing. “There’s a bit of ego in cooking as well. I try and control mine.”

Oliver is a realist. “I wish I lived in a world where everyone had the time to make their own paste,” he said. Then added: “You know, frozen peas are way better than fresh peas nine times out of 10.”