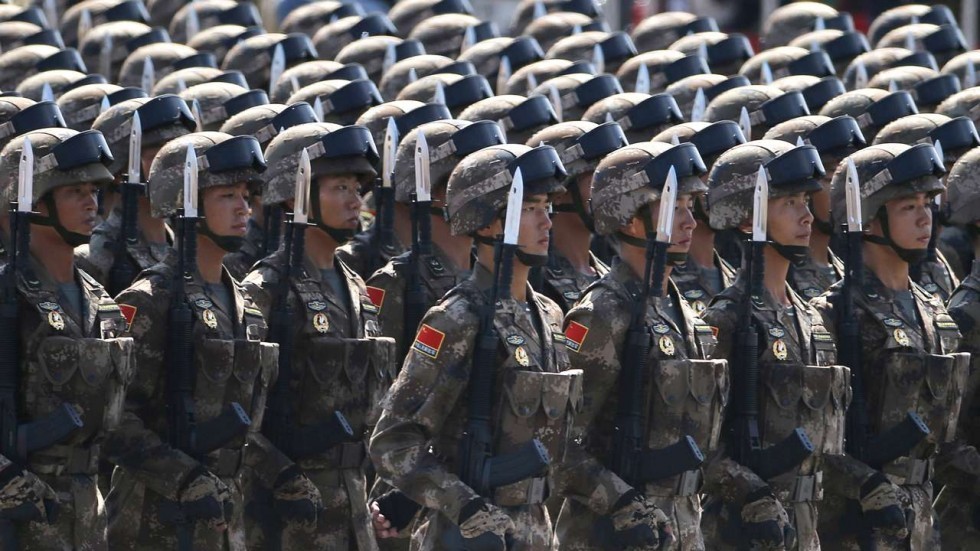 TAIPEI (Taiwan News) — An Australian analyst on Thursday (Nov. 5) predicted that the U.S. will not intervene if China invades Taiwan during the Biden administration.

With vote-counting still underway and the outcome of the 2020 U.S. presidential election uncertain on Thursday, conservative radio talk show host John Batchelor asked Australian historian, author, and strategic analyst Gregory R. Copley to give his take on American foreign policy under a Biden presidency. Copley, who is president of the International Strategic Studies Association (ISSA), asserted that under Biden, Russia and China would "move into Europe," negotiations with the Palestinian Authority would begin, and the Iran deal would be restored.

He also stated that China's seizure of territory in the South China Sea will increase and that the country could take military action against Taiwan — without intervention by the U.S.

When asked whether Biden would return to Obama-era policies when dealing with China, Copley agreed, alleging that "Nobody has worked harder for the election of the Biden administration than Xi Jinping and the Communist Party of China." He claimed that China devoted resources toward the election of Biden because his victory would provide relief from the "pressures which the Trump administration was putting on them."

Copley asserted that the recent presidential election was critical for Beijing because it's in "freefall in terms of economics and strategic viability." He argued that China is searching for "breathing space" from U.S. pressure so that it can stabilize its situation, regroup, and "consolidate its gains over the South China Sea."

Copley then postulated that China could "possibly make moves against Taiwan." He believes the communist regime could be emboldened to make such a move "knowing that a Biden administration would not support Taiwan's guaranteed independence and security."

In July of this year, Copley wrote that China might invade Taiwan's "Oil Island," in reference to the Dongsha Islands (Pratas Islands). He reasoned that China's goals in carrying out such an operation would be to "show the limitation of U.S. support for Taiwan," weaken the resolve of the Philippines and other ASEAN countries to resist China, and continue the "salami strategy" of slowly chipping away at Taiwan's sovereignty.

After the Dongsha Islands, Copley believes the People's Liberation Army (PLA) would attack Kinmen and Matsu. He said that if China succeeded in taking the outlying islands, it could then isolate Taiwan to the point that a "de facto surrender or symbolic dominance of the ROC could occur."

However, a source close to the Biden campaign in October told Taiwan News that Biden pledges to uphold American obligations under the Taiwan Relations Act, which he voted for as a senator in 1979. As promulgated in new legislation such as the TAIPEI Act, Biden will also continue to seek to aid Taiwan in resisting the Chinese Communist Party's (CCP) pressure tactics.

Dispelling rumors that Biden would balk at selling weapons to Taiwan, the source said a key point of Biden's Taiwan doctrine would be continuing arms sales to help the country defend itself from the PLA. Wenchi Yu, a fellow at Harvard Kennedy School's Ash Center and former Department of State official, said Biden would bring in Europe and other traditional U.S. allies to build an alliance to support Taiwan and give it "more space."