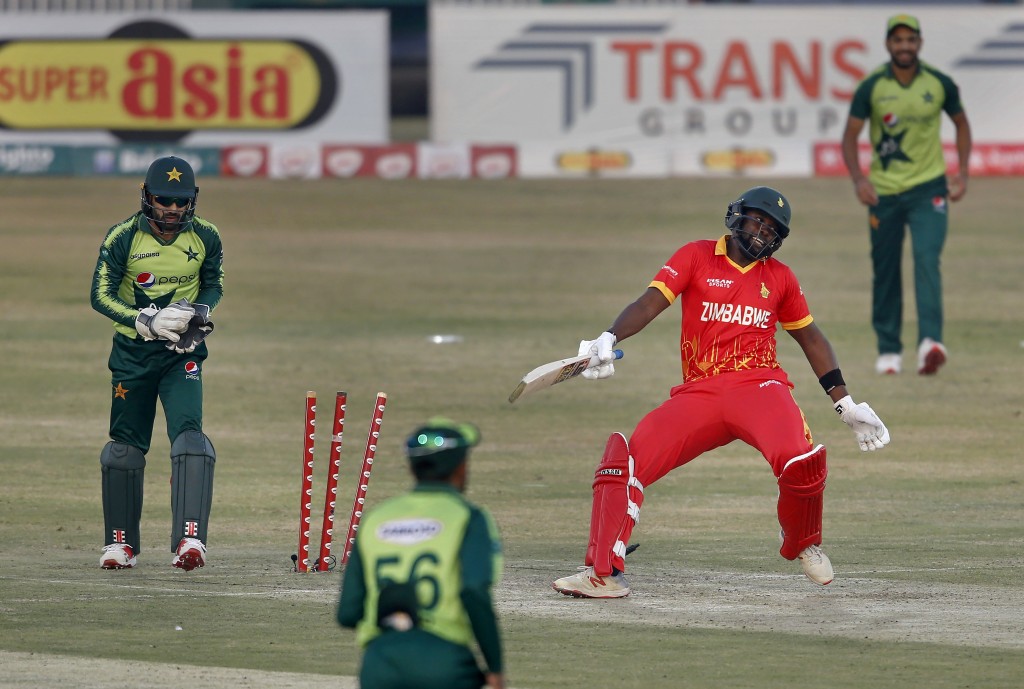 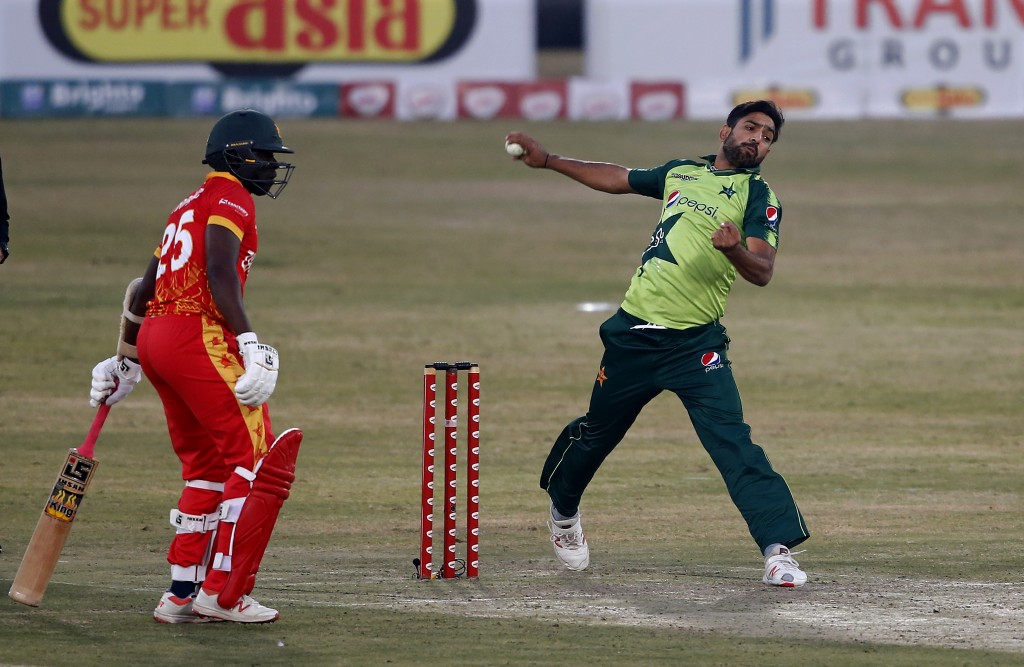 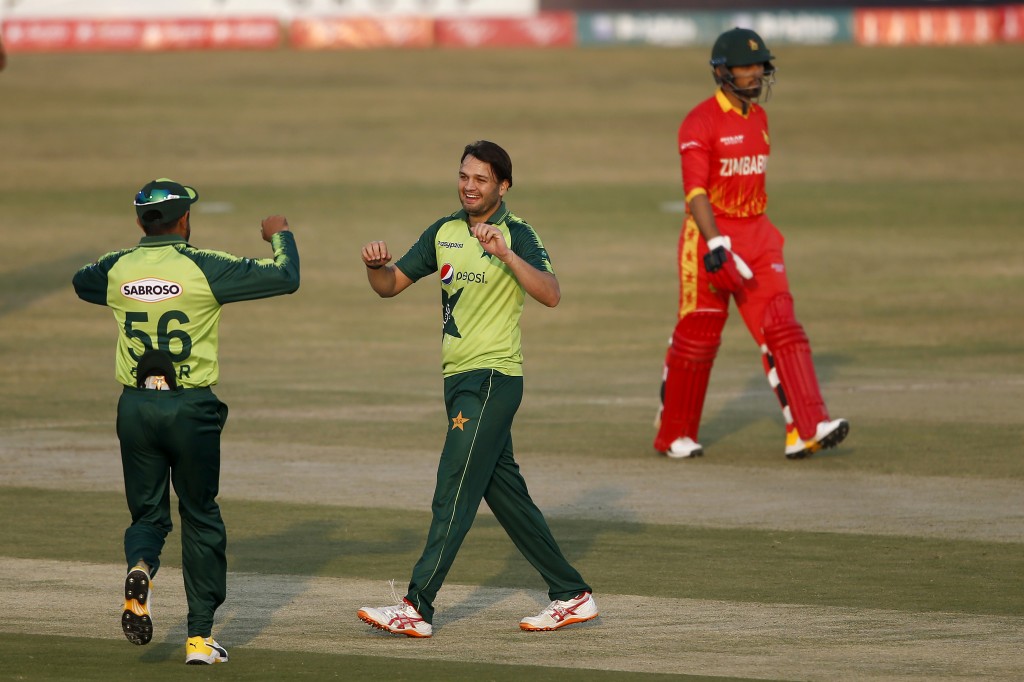 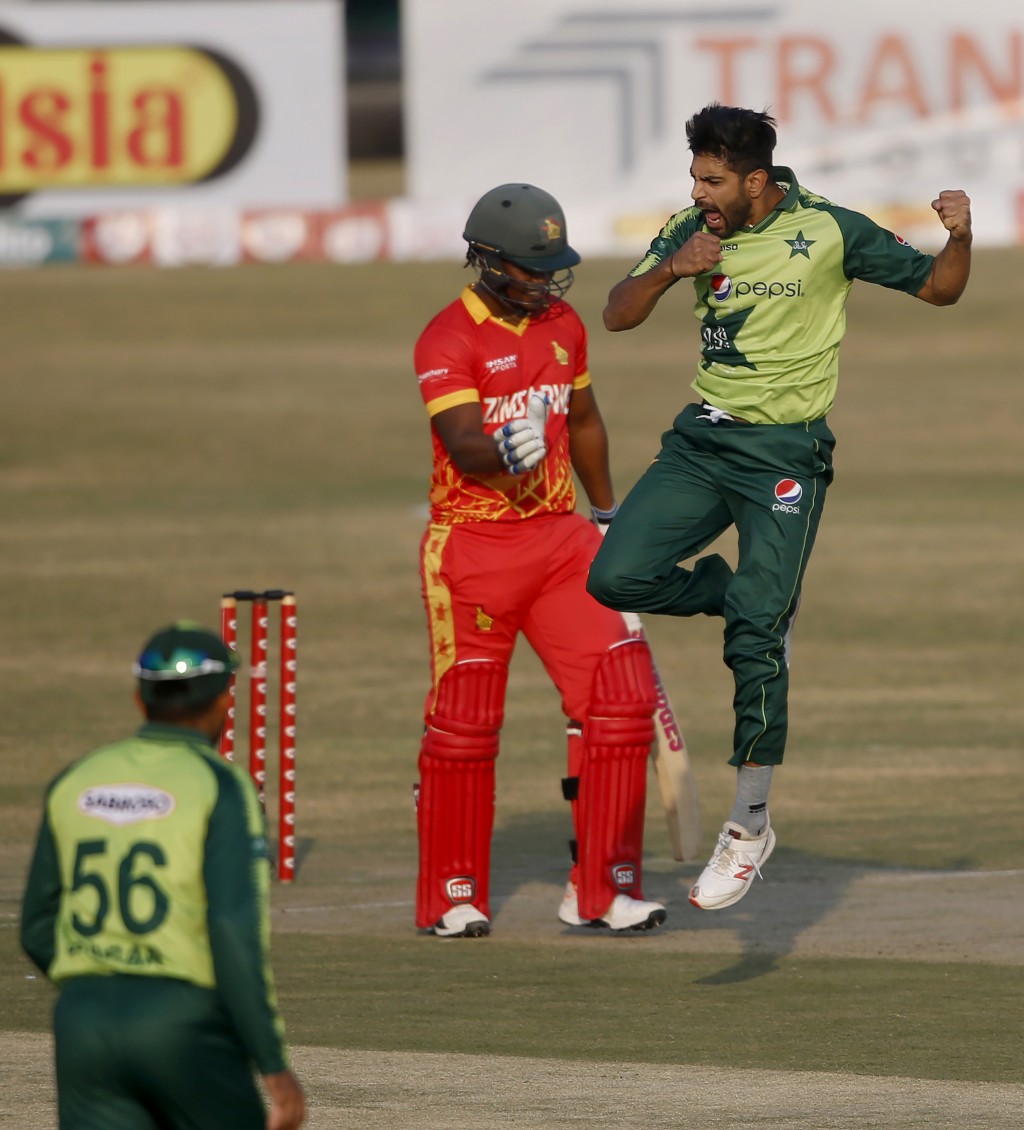 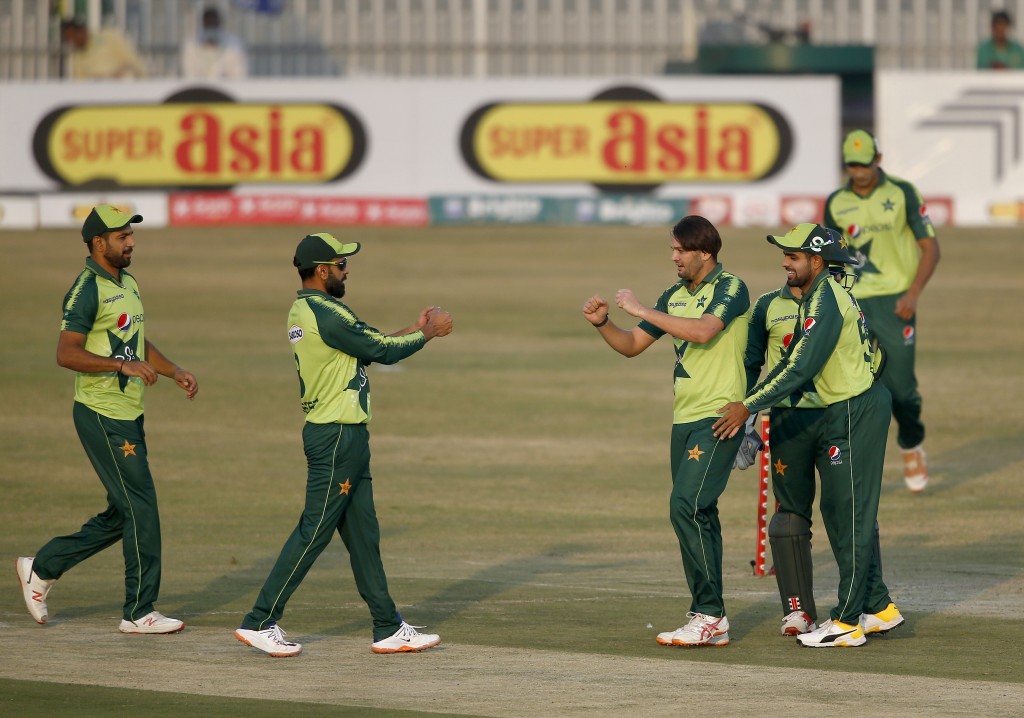 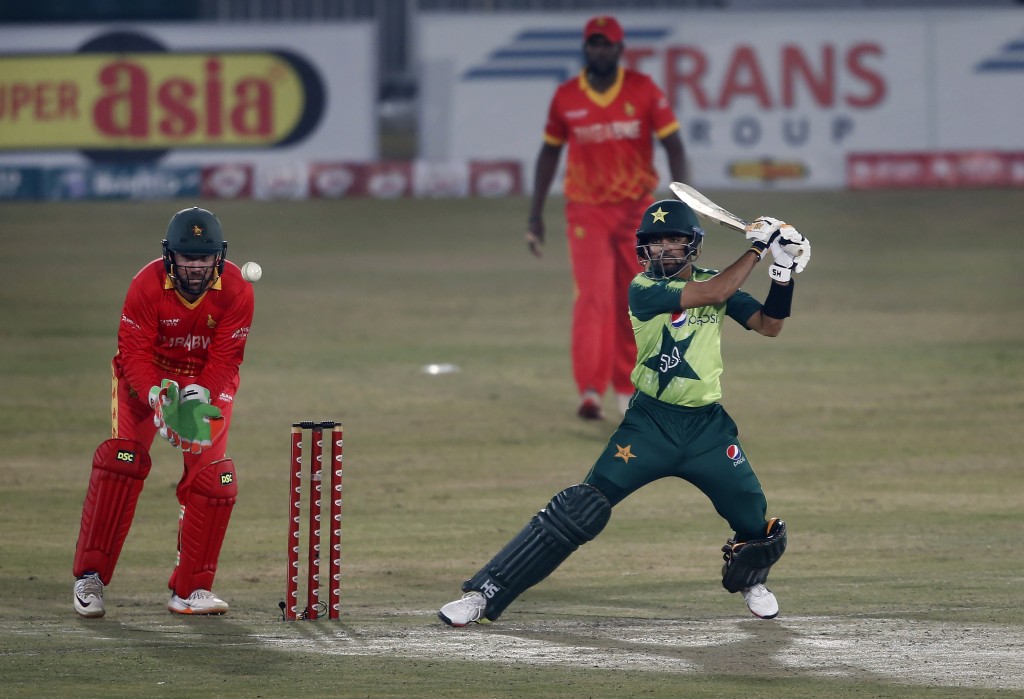 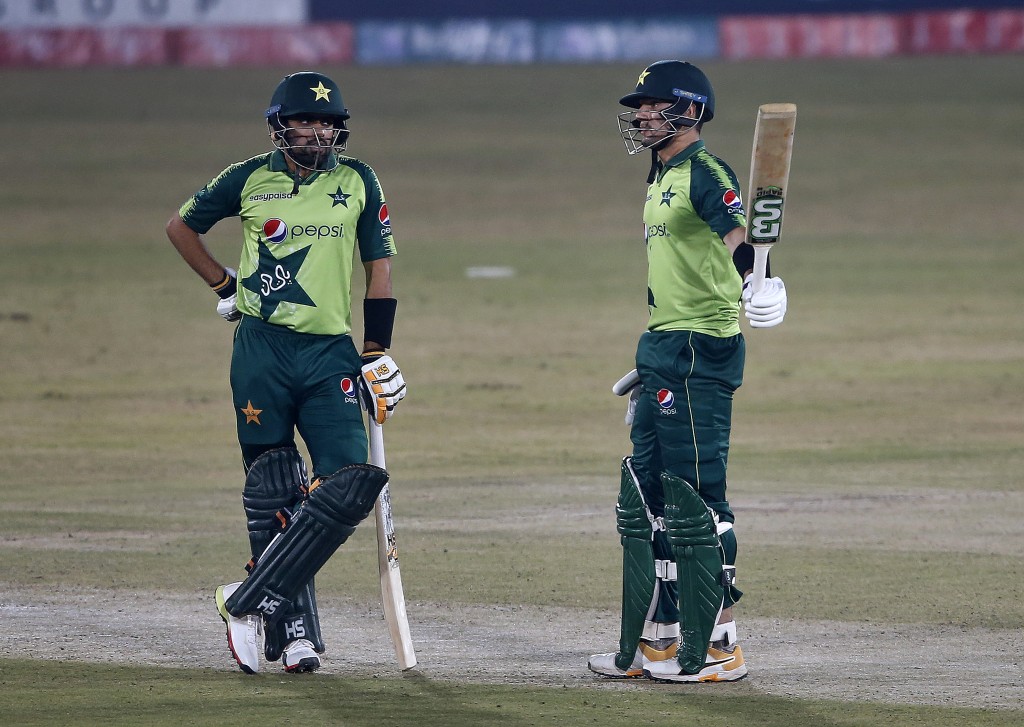 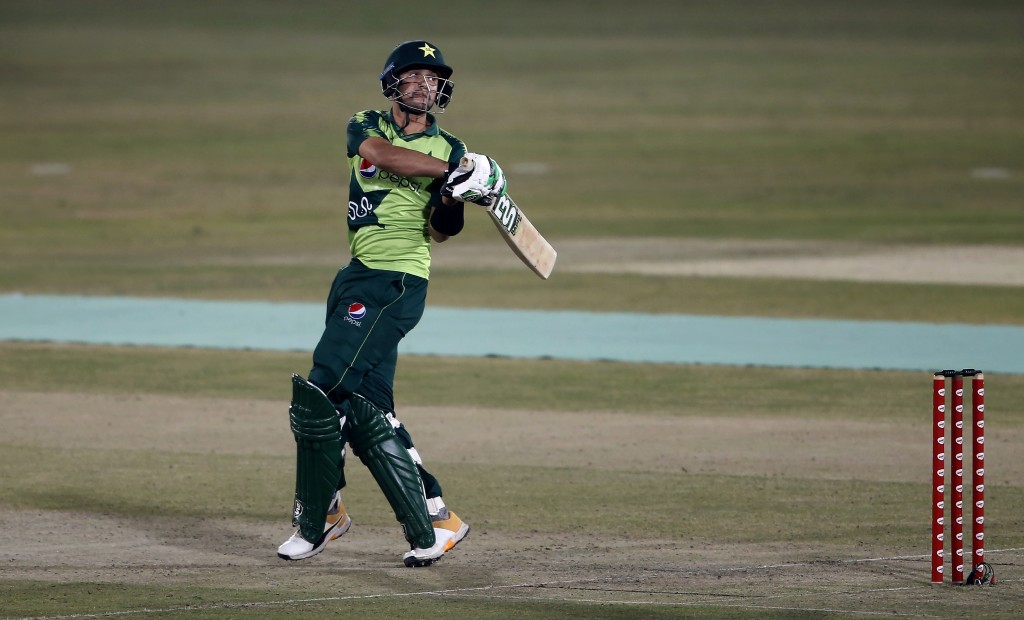 Fast bowler Blessing Muzarabani got both wickets to finish with 2-33 but the rest of the Zimbabwe attack struggled to contain Ali and Azam’s fluent strokes.

The duo shared a 100-run second-wicket stand off only 63 balls before Azam holed out at long off after hitting eight fours and a six.

Ali scored a half century in his Twenty20 debut against England in September and hit six fours and three sixes in yet another impressive knock on Sunday.

Earlier, after being put in to bat, fast bowler Haris Rauf and leg-spinner Usman Qadir combined to take six wickets between them and restricted Zimbabwe to 134-7.

The comprehensive win gave Pakistan an unassailable 2-0 lead in the three-match series after it beat the visitors by six wickets on Saturday. The final game of the series will be played on Tuesday.

“It’s heartening to see youngsters performing,” Azam said. “Haider plays attacking cricket, but we told him to bat sensibly and he did exactly that today.”

Rauf had Brendan Taylor (3) and captain Chamu Chibhabha (15) in his first two overs before finishing with 3-31. Taylor edged to the fast bowler’s third delivery and Chibhabha’s woeful tour continued when the skipper mistimed a pull shot and offered a tame catch at mid-wicket.

Qadir eclipsed Rauf with 3-23 as he deceived the middle-order with his sharp leg breaks and googlies. Ryan Burl top-scored with 32 not out to stretch the total, but Pakistan’s strong top order batting finished the game with 29 balls to spare.

“Again, I thought we didn’t put enough runs on board and kept losing wickets,” Chibhabha said, adding he may give a few younger players a chance in the last game on Tuesday. “It was a good batting wicket, but we let ourselves down again today.”

Zimbabwe’s in-form batsman Wesley Madhevere (24) welcomed Qadir with a pulled six over mid-wicket and could have been out leg before wicket in the leg-spinner’s first over, but Pakistan did not go for television referral.

However, it didn’t cost Pakistan as Qadir went on to clean bowl Sikandar Raza (7) and then had Madhevere lbw in his next over. Elton Chigumbura, who will be retiring after Tuesday’s last Twenty20, could only score 18 before Qadir foxed him with a sharp leg-break for a stumping.

Rauf returned and removed Donald Tiripano as Zimbabwe's innings never got any momentum and wickets kept on falling in regular intervals.