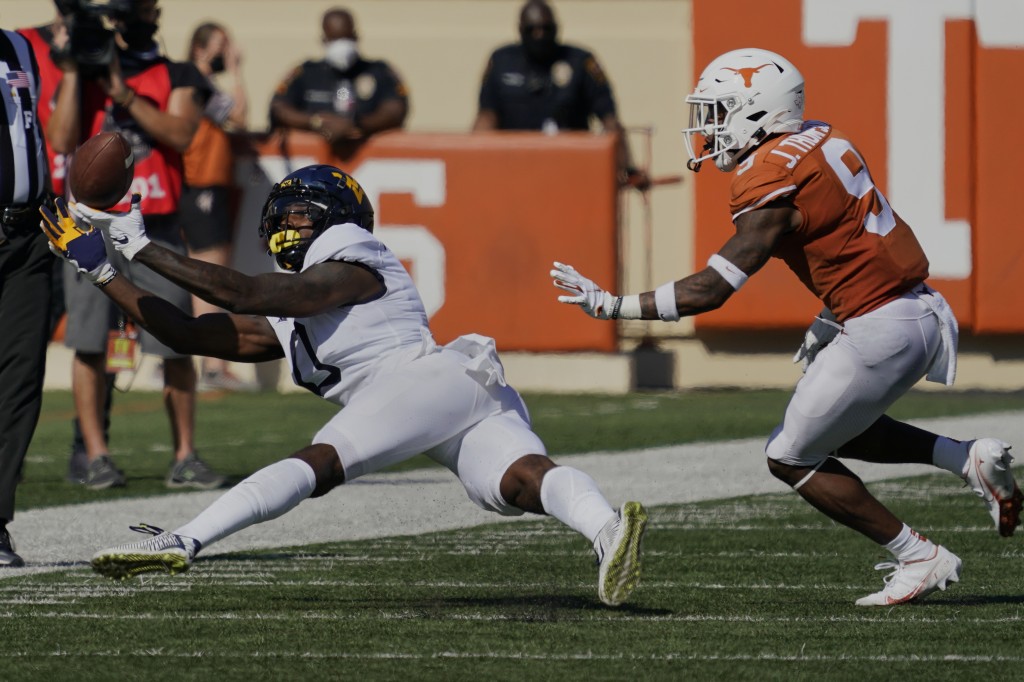 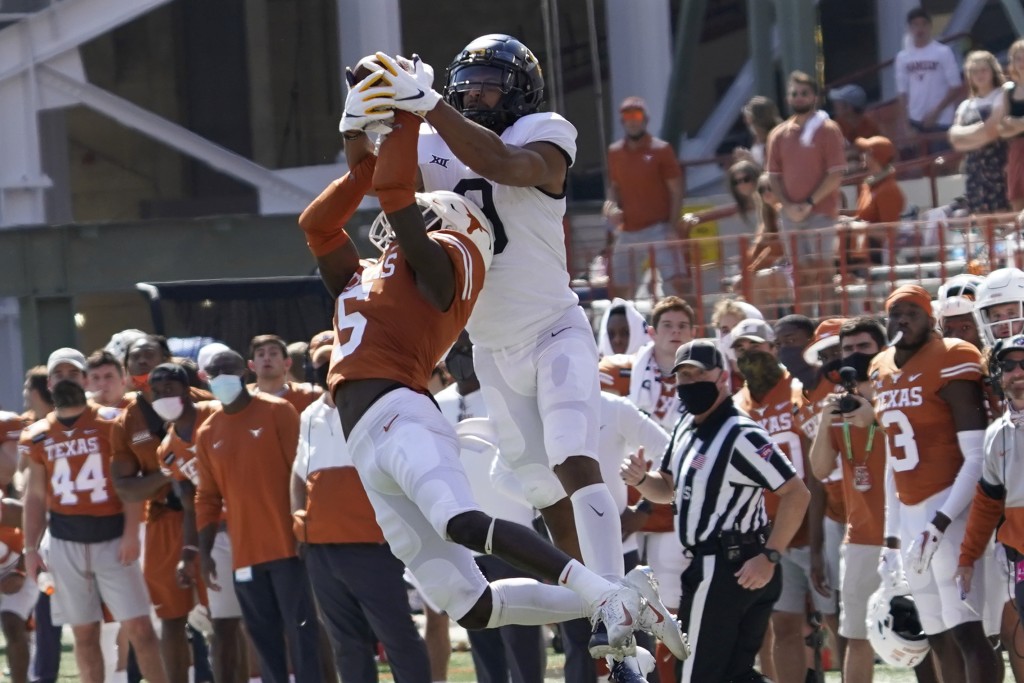 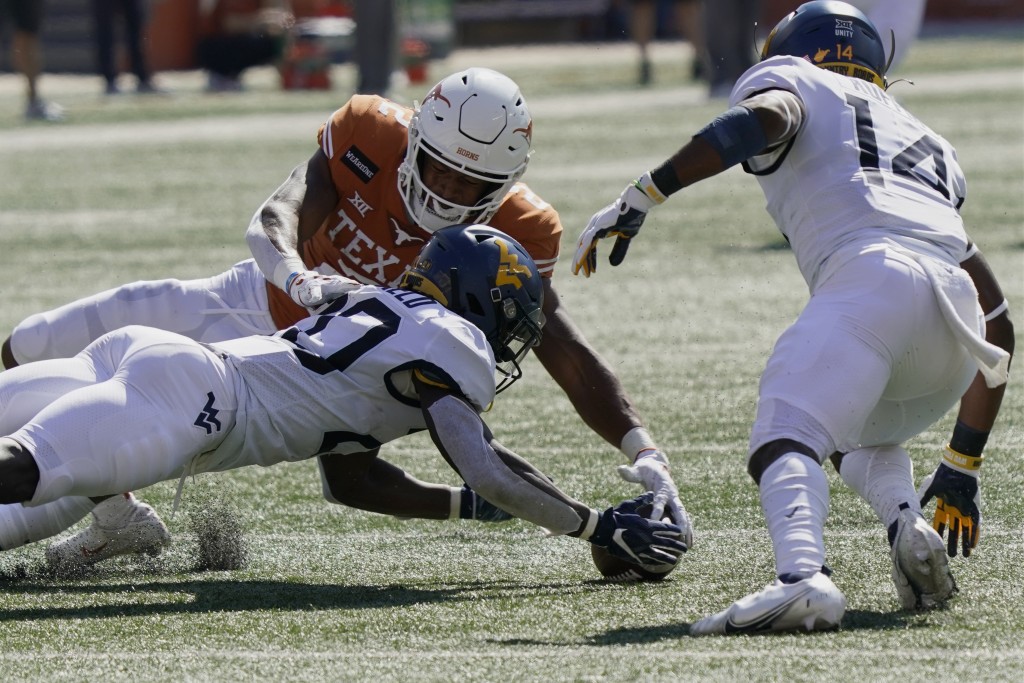 AUSTIN, Texas (AP) — Texas stopped West Virginia on fourth-down passes into the end zone twice in the fourth quarter, enabling the No. 22 Longhorns to escape with a 17-13 victory on Saturday.

Sam Ehlinger, typically the Longhorns’ offensive star, completed just 15 of 31 passes for 184 yards, but he connected with Brennan Eagles for a 7-yard touchdown in the first quarter and with Jake Smith for a 33-yard TD in the third. Freshman Bijan Robinson rushed for 113 yards on 12 carries for Texas.

On one second-quarter possession, Ehlinger underthrew Eagles, who was open for a possible touchdown. Right before the end of the half, Cameron Dicker was wide left on a 48-yard field-goal attempt.

Ehlinger was more accurate when presented with an open receiver in the third quarter, connecting with Smith for the touchdown.

West Virginia thought it scored a touchdown late in the third quarter on an 8-yard pass from Doege to Winston Wright Jr., but the catch was negated after a replay because the ball hit the ground. The Mountaineers settled for a field goal.

West Virginia decided to go for it, rather that settle for a field goal on fourth-and-1 at the Texas 16 early in the fourth quarter, but the Mountaineers failed to score when Doege’s pass to Mike O’Laughlin was broken up by B.J. Foster in the end zone.

Then, with less than five minutes remaining, Doege threw incomplete to Ali Jennings on fourth-and-1 at the Texas 8.

West Virginia: The Mountaineers, who went 5-7 in 2019, including 3-6 in the Big 12, are a contender for most improved team in the league under second-year coach Neal Brown. They began the game ranked fourth nationally in total defense (255.7 yards a game) and 19th in points allowed (19.8). The defense held up well considering that Texas came in averaging 44.3 points and 449.5 yards of offense. Texas gained 363 yards in this one. But the West Virginia offense failed to capitalize repeatedly on scoring opportunities.

Texas: Coach Tom Herman is still trying to steer the Longhorns back to their elite status they had more than 10 years ago under Mack Brown. Herman went 7-6, 10-4 and 8-5 in his first three seasons and then lost consecutive close games to TCU and Oklahoma in October. The game against West Virginia was a step forward coming a week after Texas beat then-No. 6 Oklahoma State for its first road victory against a top-10 team since 2010.

West Virginia plays host to TCU next Saturday. The Mountaineers beat TCU 20-17 last season in Morgantown. West Virginia scored the winning touchdown on a 35-pass from Doege to Isaiah Esdale with 2:10 remaining.

Texas has a week off before facing Kansas in Lawrence on Nov. 21. The Longhorns, ranked No. 15 at the time, needed a 33-yard field by Cameron Dicker as time expired to beat Kansas 50-48 last season in Austin.