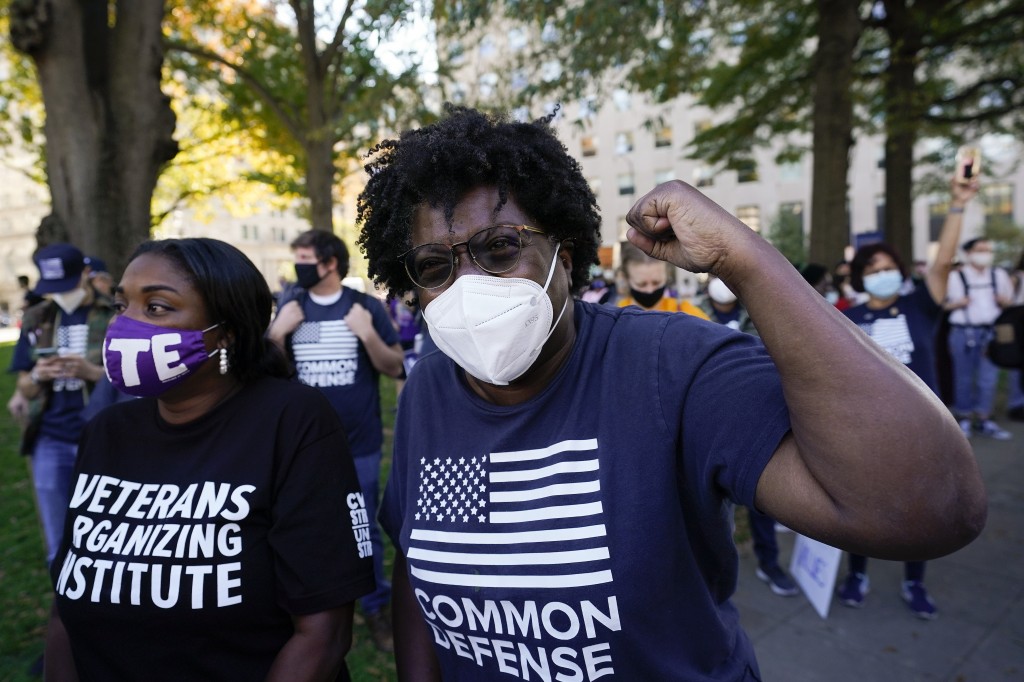 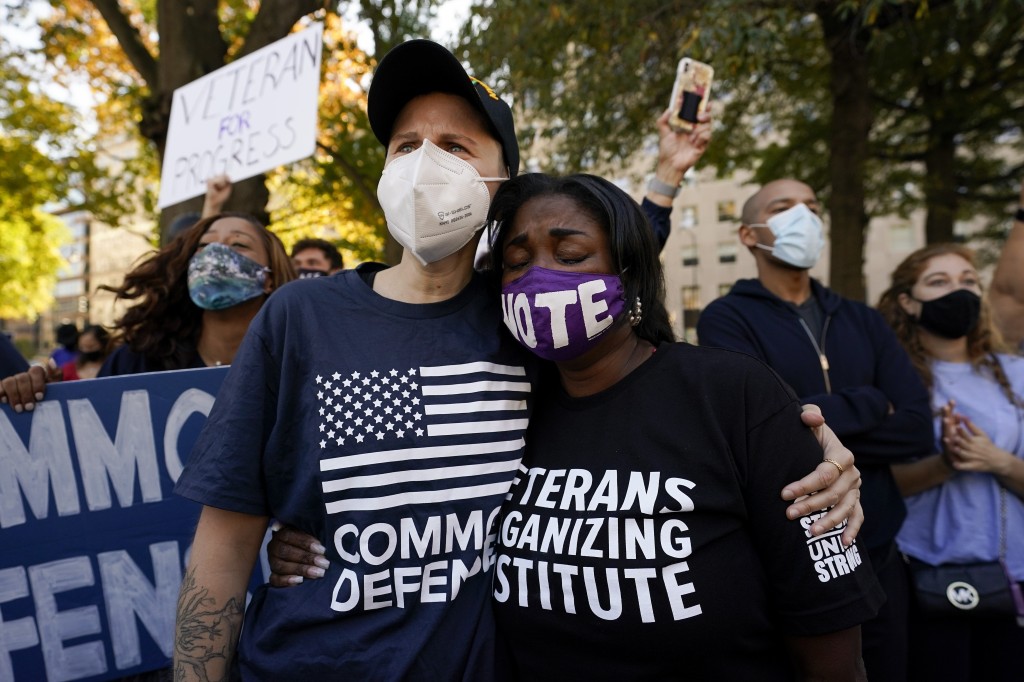 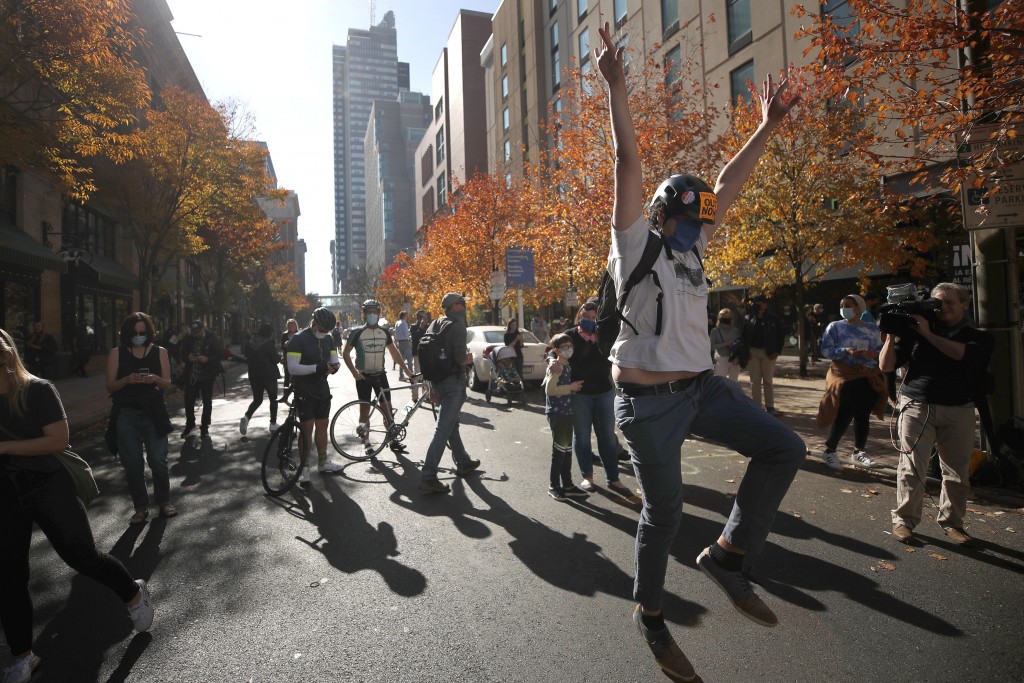 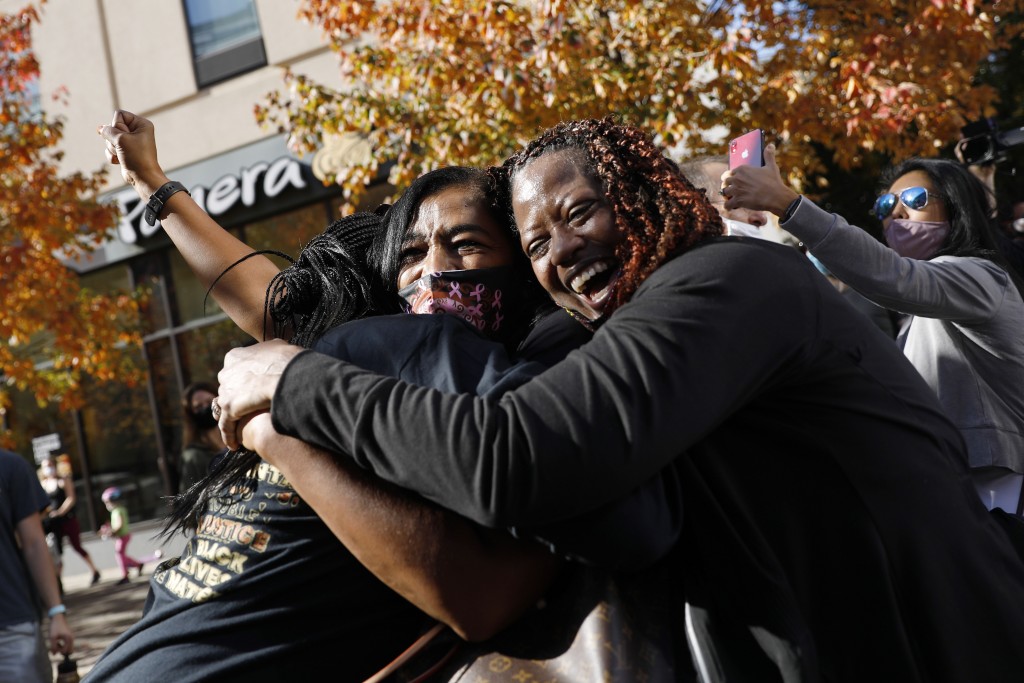 As soon as the news buzzed on their phones, Americans gathered spontaneously on street corners and front lawns — honking their horns, banging pots and pans, starting impromptu dance parties — as an agonizingly vitriolic election and exhausting four-day wait for results came to an end Saturday morning.

Just after The Associated Press and other news organizations declared that former Vice President Joe Biden beat President Donald Trump, fireworks erupted in Atlanta. In Maine, a band playing at a farmers’ market broke into the Battle Hymn of the Republic.

Neighbors ran out of their homes in Manhattan and assembled into an unplanned street party, whooping, dancing and high-fiving strangers. In Louisville, Kentucky, BIden supporters gathered on their lawns to toast with champagne. In Harlem, they danced in the streets, banged cowbells and honked their car horns.

Trump’s supporters have for days been protesting outside of ballot-counting operations, alleging without evidence that the slow-moving results were proof of cheating. But on Saturday morning, it was the Democrats taking to the streets in jubilant displays, celebrating what was for them an end to four years of constant crises, chaos and anxiety.

“It’s surreal, I feel like I’m free from the clutches of evil,” said Lola Faleit, a 26-year-old human resources manager in New York City. “I feel less worried for my immigrant friends. In 2016, we woke up crying. Today we are celebrating. Look, the sky is clear blue, the sun is out, Mother Nature is celebrating, too.”

Nov. 7 at 11:25 a.m., became for many of Biden’s supports a moment of such historic magnitude they suspect they will always remember what they were doing, even those in the midst of the most mundane weekend activities.

Retired teacher and school principal Kay Nicholas, 73, was vacuuming in her home northwest of Detroit when she heard Biden had been declared the winner.

“All I could say is ‘thank God,’” she said, choking up. “It has nothing to do with Democrat or Republican. It has to do with decency. This country has got integrity and hopefully we can get decency. I think Joe Biden can do it and bring back kindness.”