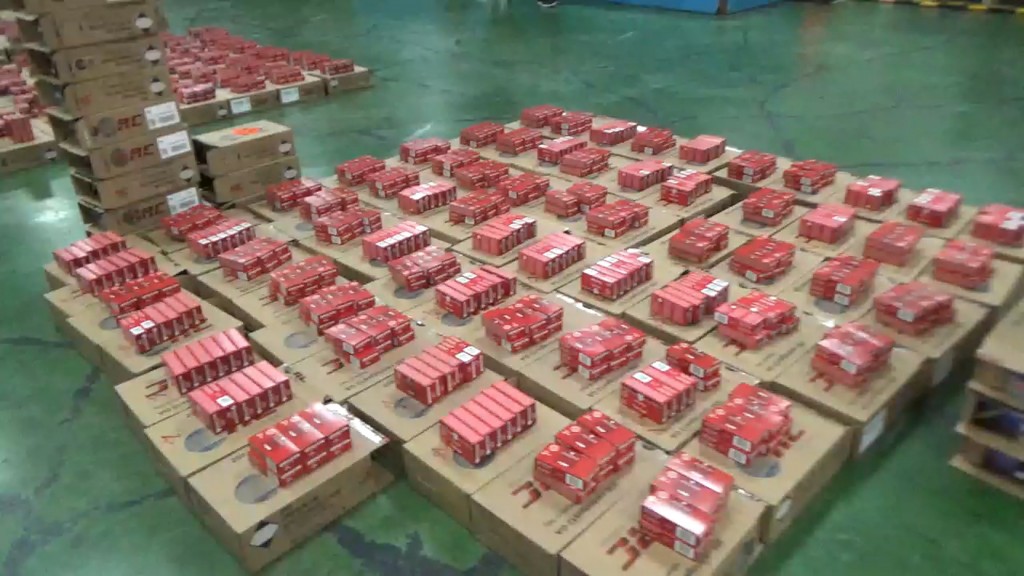 The CIB said it arrested a 39-year-old man surnamed Chen (陳) at his residence in Kaohsiung later the same day.

The investigation was originally launched in June after information was received from informants, the CIB said.

Chen, who runs a trading company selling shooting sports equipment, is believed to have hidden the ammunition in the company's legal imports at the airport warehouse, the CIB said.

Chen's company purchased approximately 100,000 shotgun shells from Cyprus and on Oct. 29 the order arrived at the warehouse where the CIB conducted a search and found illegal ammunition, according to the CIB.

However, Chen claimed innocence and insisted the exporting company made a mistake, according to the CIB.

The CIB investigation revealed that Chen started his trading business in early 2020, mostly importing shotgun shells for shooting sports, and had no record of smuggling ammunition.

The CIB said it will continue to investigate the source of the illegal ammunition. (By Liu Chien-pang and Louis Liu)