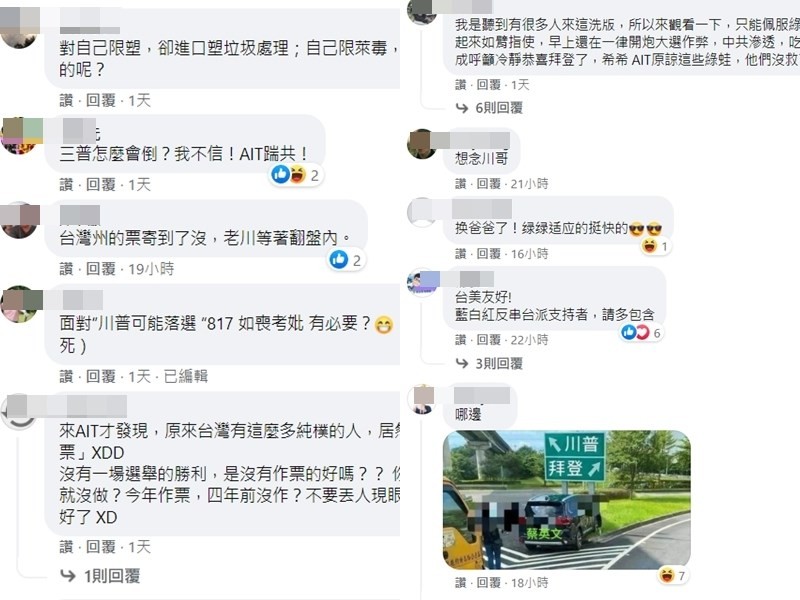 TAIPEI (Taiwan News) — The Facebook account of the American Institute in Taiwan (AIT) has been targeted by bots attempting to disrupt good relations between the U.S. and Taiwan, the Ministry of Foreign Affairs (MOFA) said Saturday (Nov. 7).

In the wake of the United States' elections, the ministry said it had noticed an abnormally large number of comments on the AIT Facebook page, with some obviously trying to foment divisions between the U.S. and Taiwan, CNA reported.

MOFA has offered assistance to the American representative office on handling the incident, saying many of the controversial messages seemed to have been left by malicious bots. At the same time, the ministry called on Taiwanese citizens to maintain civility when commenting on the U.S. elections and not post “fake news” or messages that could harm the good relations between the two countries.

Taiwan should feel confident about American policies in the coming years, no matter who wins the presidential election, MOFA said. It reiterated the statements by several Taiwanese leaders that the government maintains close and harmonious relations with both parties in the U.S.