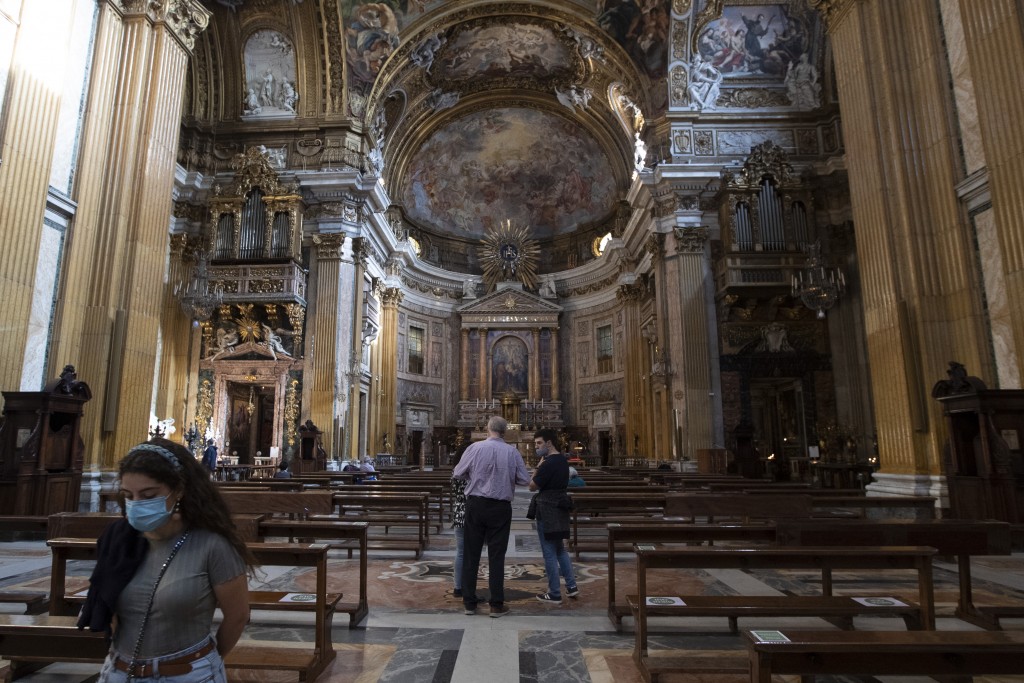 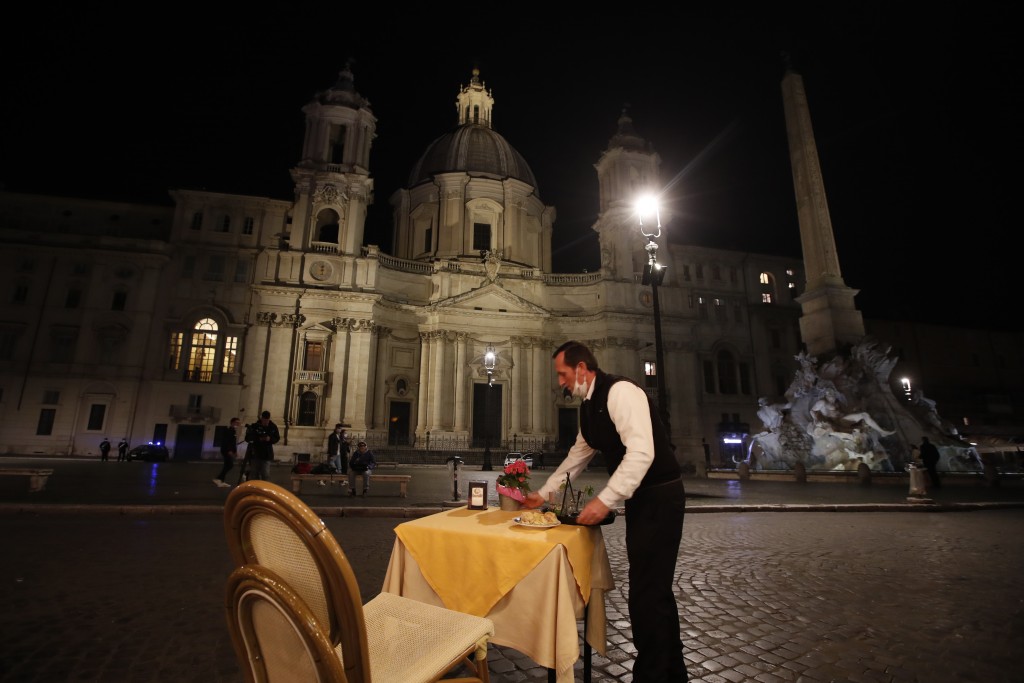 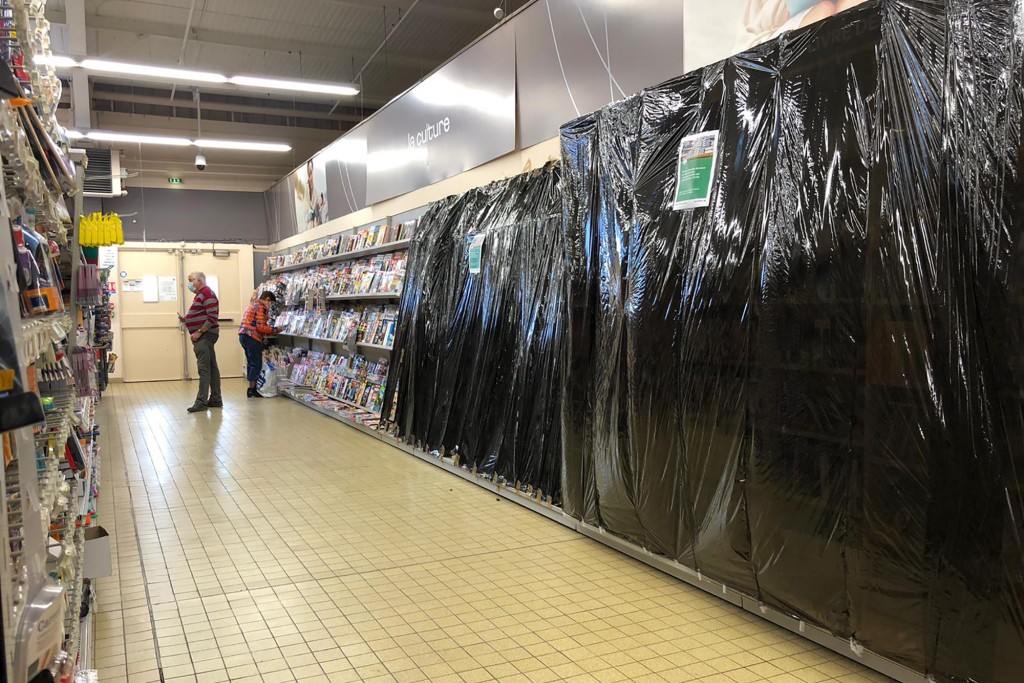 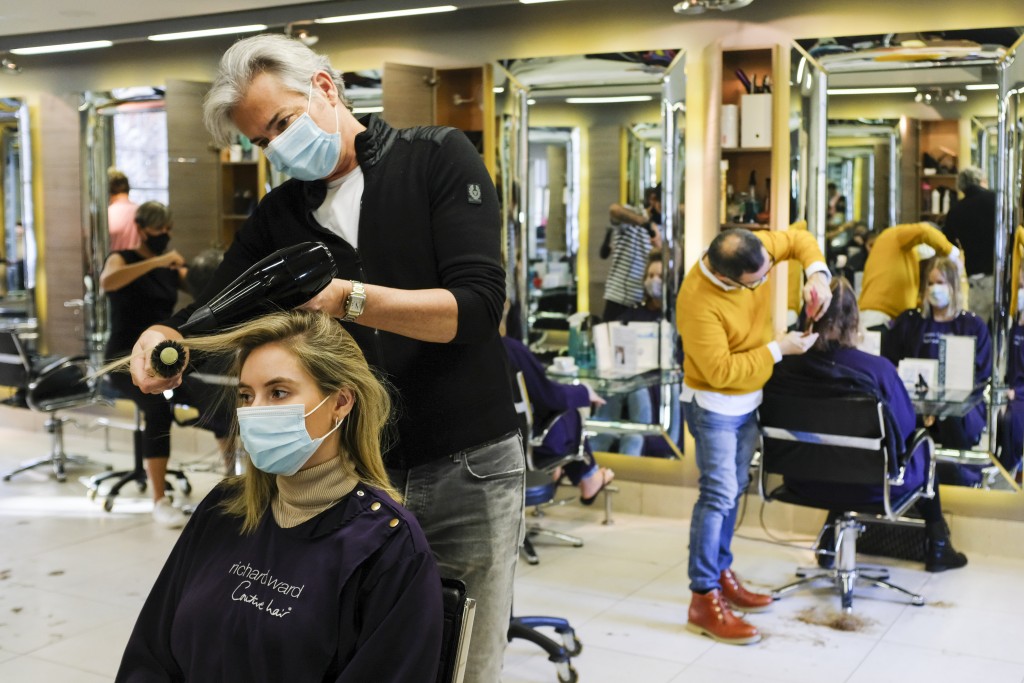 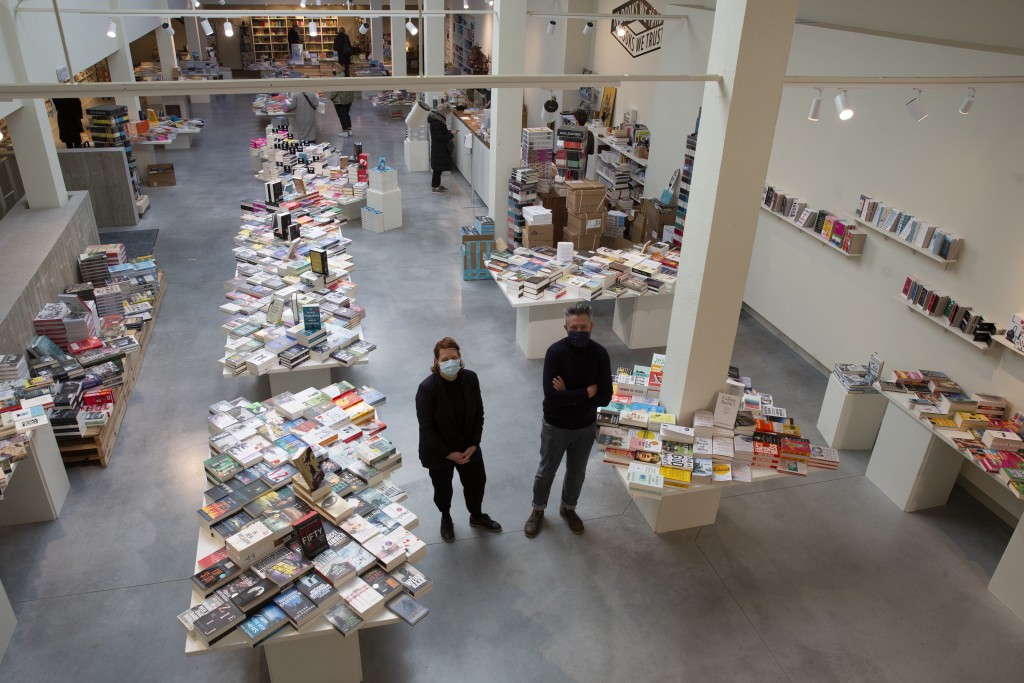 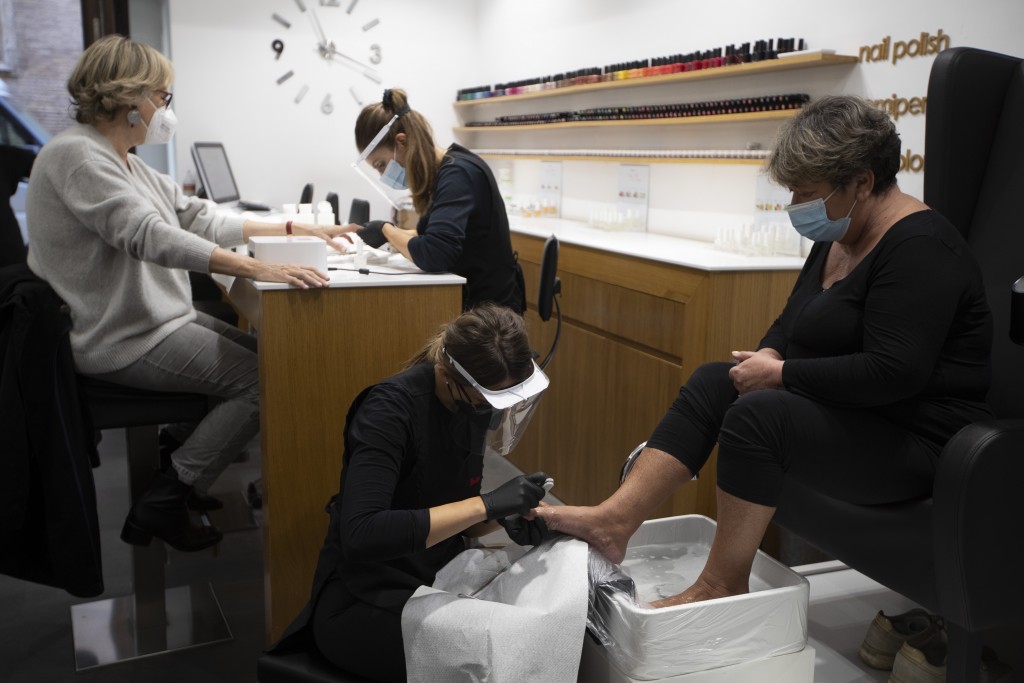 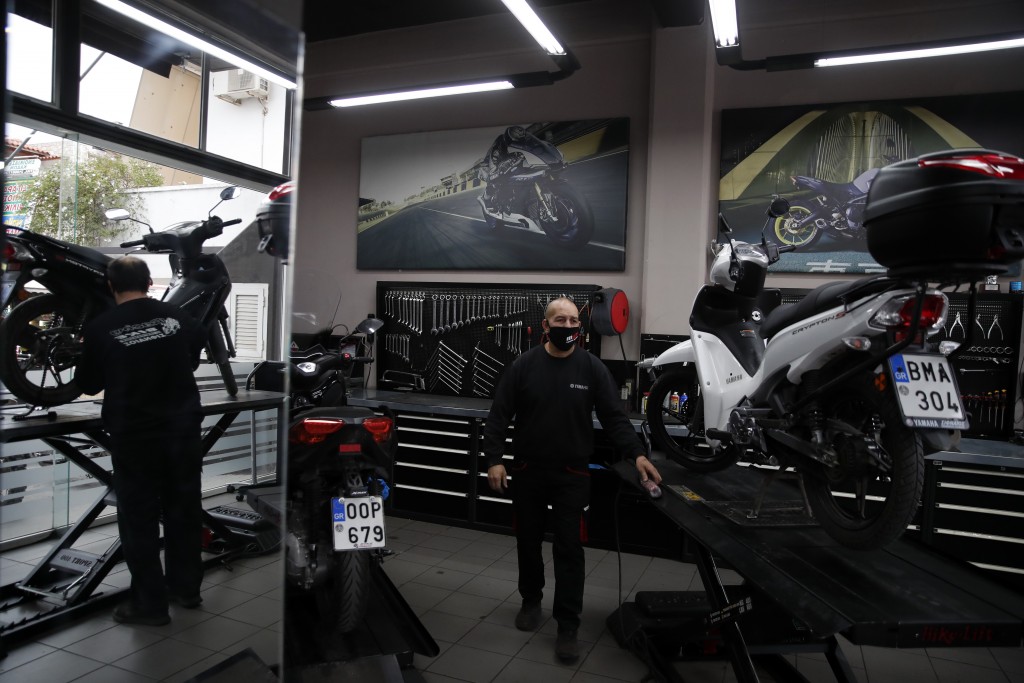 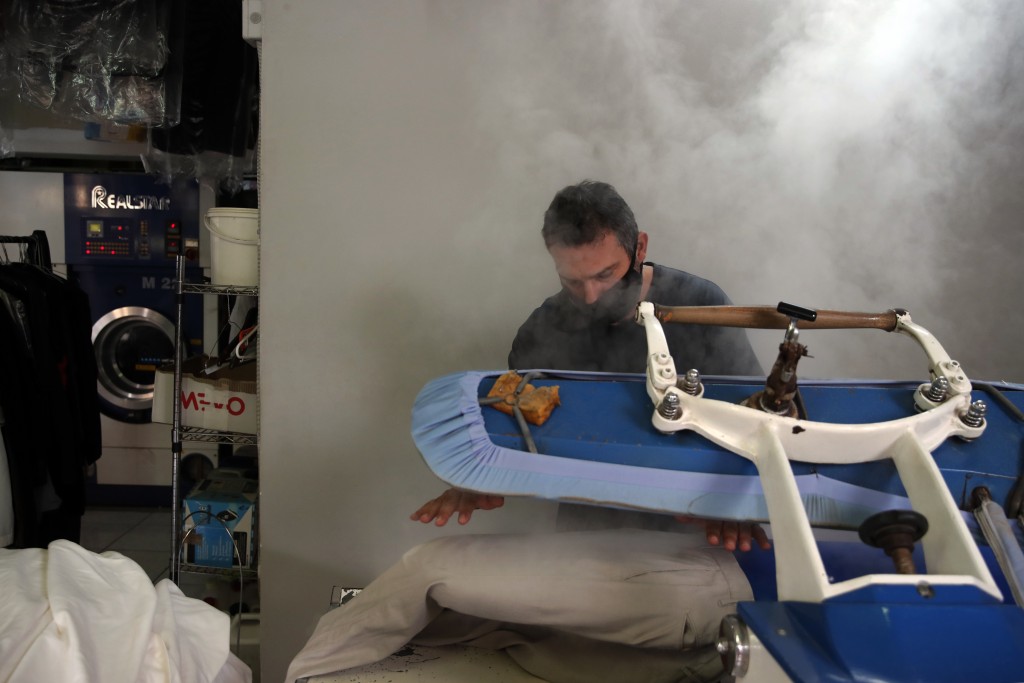 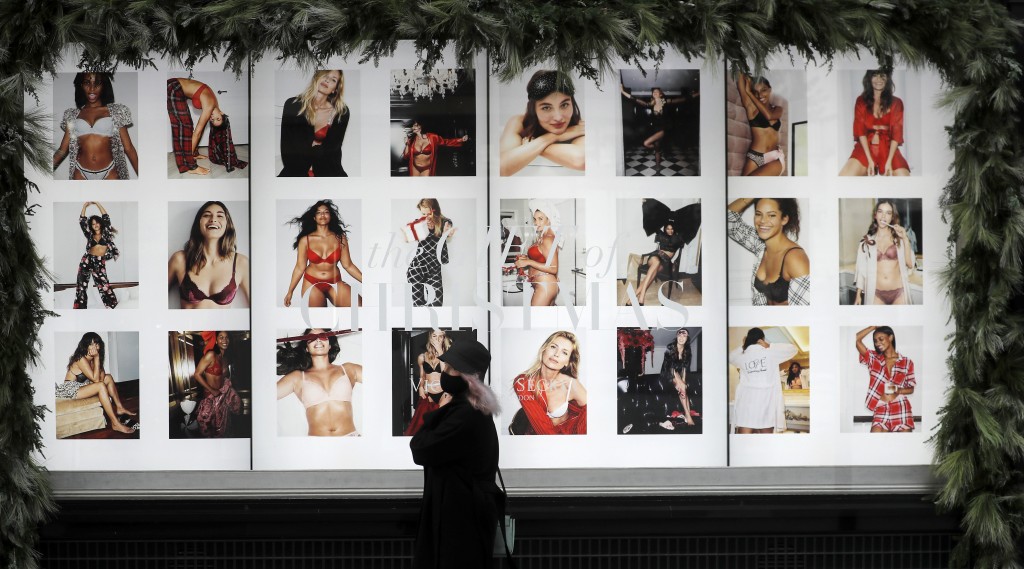 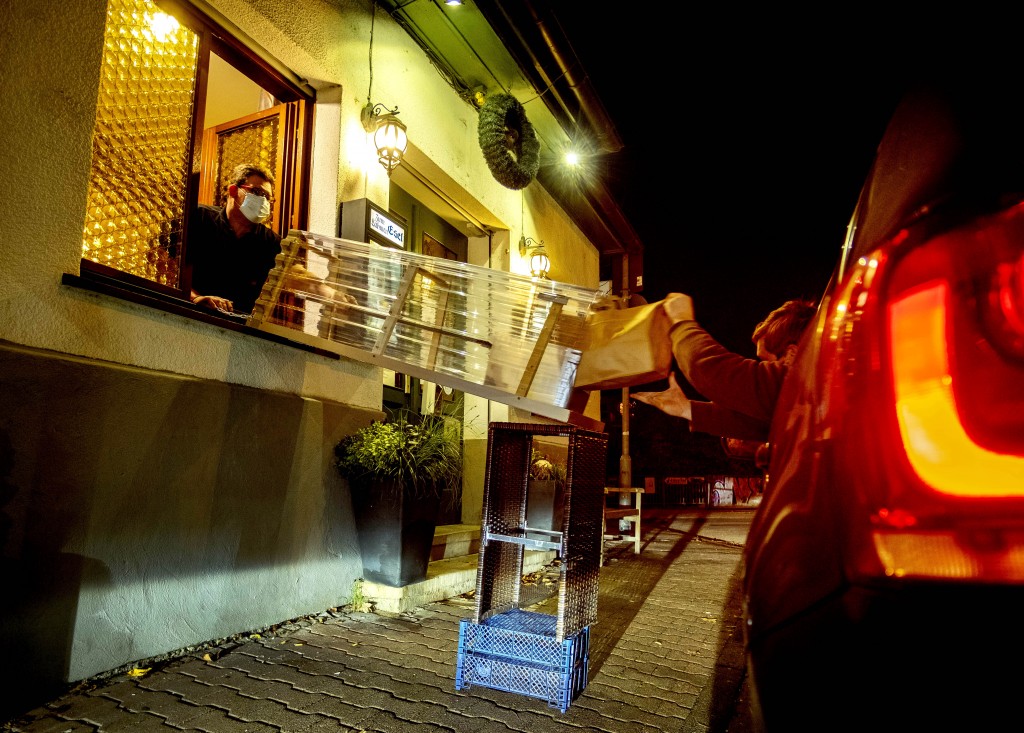 HALLE, Belgium (AP) — In times when a pandemic unleashes death and poverty, the concept of what is essential to keep society functioning in a lockdown is gripping Europe.

Beyond the obvious — food stores and pharmacies — some answers in the patchwork of nations and cultures that make up Europe can approach the surreal. What is allowed on one side of a border can be banned just a brief stroll down the road, on the other.

German Chancellor Angela Merkel said that while it might seem fairest to just shut everything down, “it's perhaps not the most practical” solution.

“If people are only satisfied when everything possible is shut down, then that’s a view which naturally doesn’t make economic sense,” Merkel said.

That's why Germany is keeping car dealerships open this time, after their closure in the first, spring lockdown hurt the country's huge automobile industry.

In Belgium, of course, chocolate shops are staying open.

“Chocolate is very much an essential food around here," said chocolatier Marleen Van Volsem at the Praleen chocolaterie south of Brussels. “It has to be. Because chocolate makes you happy."

Happiness would seem no subject to split hairs about. Yet consider how differently Italy and Britain treat a service that gladdens many a heart.

In the country that coined the term “bella figura” — the art of cutting a fine figure — hairdressers are deemed essential.

“Italians really care about their image and about wellness,”″ said Charity Cheah, the Milan-based co-founder of TONI&GUY Italy. “Perhaps psychologically, the government may feel that going to a salon is a moment of release from stress and tension, a moment of self-care, that citizens need.”

But across England people have had to scramble to get their hair done in the last days and hours while they still could, before new pandemic restrictions came into force on Thursday.

“The thought of another lockdown and being stuck at home — (people thought) I’m going to throw caution to the wind and I am just going to come in and have my hair done,” said Richard Ward, managing director at the Richard Ward Hair and Metro Spa on London's swank Sloane Square.

And then there are life's finer pleasures.

In France, the love of books is unquestioned. No country has more Nobel Prize-winners in Literature, and a book review program on TV like Apostrophes used to be watched by millions every week. But walk the streets of Paris and you will find bookshops closed.

Sylvia Whitman, who runs the famed Shakespeare and Co. bookstore on the Left Bank, seethes at the prospect of giant online platforms gobbling up business while her shop is shuttered. Her sales have dropped 80% since the the spring lockdown.

“I find it really tiring that the bigger you are the more you can ignore laws, you can avoid taxes, you can find loopholes," she said. “The smaller you are, the more expensive and the more complicated things are. “

Across the border in Belgium, books were deemed essential. Even then, Wouter Cajot, owner of the 't Stad Leest in the port of Antwerp finds it a mixed blessing. The lockdown has reduced passing shoppers to a trickle and he will have to decide whether heating and personnel costs make it worth his staying open.

But when essential goods cannot be bought in a store they can still be delivered.

“During the first lockdown we had to invent a website in three days and nights," said Cajot, and he got “new logistical equipment — a cargo bike," to the delight of his Antwerp clients who get books delivered within hours of placing their order. “So why order books at an international online giant when the corner bookstore can deliver same-day by bike?"

That's also become a question of government policy. With small shops often forced to suspend operations, and drifting closer to bankruptcy as a result, the door is wide open for supermarket chains and online giants to pounce. Several countries have taken steps to ensure supermarkets during lockdown cannot sell many products that provide the livelihood of closed shops.

It can get very complicated, with some supermarkets forced to tape off sections of their merchandise. In Belgium, Christmas decorations which took weeks to set up may now be hidden from view, since retail stores cannot sell them, as they are deemed non-essential.

Just as toys would seem essential for children, petanque — France's traditional outdoors game that involves mostly elderly players tossing metal balls with leisurely accuracy — might be considered a must for the country's retirees.

There is nothing quite like the petanque grounds of the Provencal village of Saint-Paul-de-Vence, where the likes of actors Yves Montand and Lino Ventura would click their balls on the dirt. Now they're deserted, as the government opined that petanque is not essential.

“It’s a leisure activity, we can do without it,” said Sandrine Leonard, who manages the local tourism information center. Now that dead leaves provide the color the sun usually does, “it’s more a period to stay quietly at home, to do some cooking. We spend less time outdoors. Hence the importance of having a good book.”

But wait! Bookshops are closed.