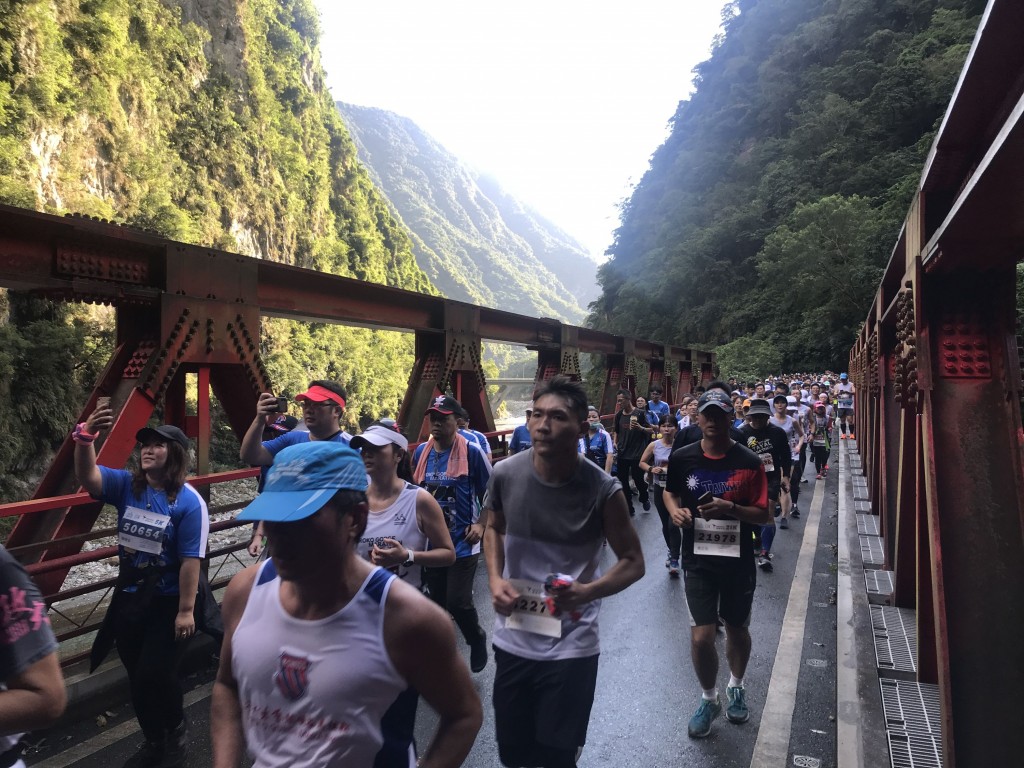 A swam of hornets attacked about a dozen runners during the Taroko Gorge Marathon in the eastern county of Hualien on Saturday, leaving 2 hospitalized, but none of the injuries were life-threatening, the organizer said.

Chang Chih-chiang (張志強), who heads the Hualien County Marathon Road Running Association, said one of the athletes went into anaphylactic shock but has since regained consciousness and is being treated at Hualien Armed Forces General Hospital.

Another runner had an allergic reaction to the wasp stings and is currently being treated at a local hospital, Chang said, noting that the rest of the injured runners were seen by emergency workers at the scene and continued the marathon.

The incident happened at around 8:50 a.m., when staff members reported the hornet attack on a section of the Buluowan plateau, he explained, noting that the event otherwise proceeded as planned.

According to the association, the marathon's organizer, this year's events attracted about 13,500 runners and featured four different courses, including the 42.195-kilometer full marathon and the 21.0975-km half marathon.

The annual Taroko Gorge Marathon has been held since 2000. (By Chang Chi and Ko Lin)