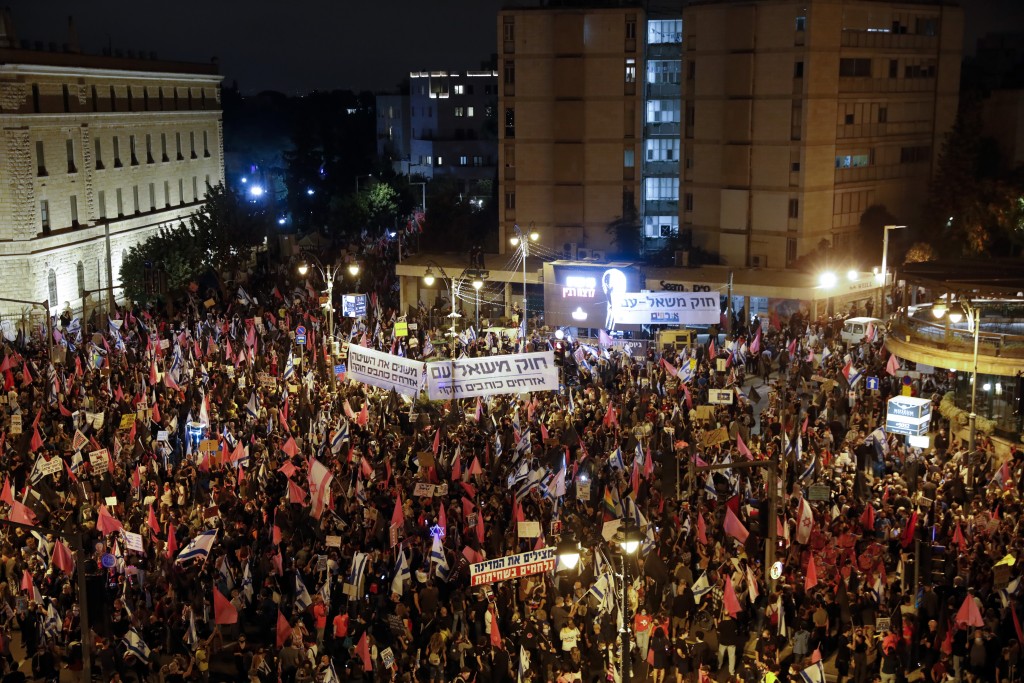 JERUSALEM (AP) — Facebook says it has taken down several fake accounts based in Iran that had voiced support for protests against Israeli Prime Minister Benjamin Netanyahu.

Facebook detailed several instances of “coordinated inauthentic behavior” around the globe, in which fake accounts were set up to interfere in the politics of other countries. It said the accounts have been removed from the social network.

The announcement came in a monthly report released on Thursday. It said one such case involved 12 Facebook accounts, two pages and 307 Instagram accounts that had shared content in Hebrew and Arabic about protests in both Israel and Iraq.

Facebook said the individuals behind the accounts had sought to shield their identities but that it was able to trace them to a Tehran-based IT company. It said the network of fake accounts had around 10,000 followers and was in the early stages of building an audience.

Netanyahu and his supporters seized on the report, saying it proved that Iran supported the aims of his political opponents. The Black Flag movement, one of the main protest groups, accused the prime minister of incitement and called on supporters to attend its next weekly protest on Saturday.

Israelis have been holding mass protests for months calling on Netanyahu to resign over his trial on multiple corruption charges and his government's handling of the coronavirus pandemic and the resulting economic crisis.

Israel views Iran as its greatest threat because of Tehran's nuclear program, its support for regional militant groups and the incendiary rhetoric of its leaders.

Israel said it thwarted a major cyberattack earlier this year targeting its water infrastructure, which was widely attributed to Iran. Israel is suspected of retaliating two weeks later with a cyberattack on an Iranian port.

Israel and Iran have engaged in years of covert battles that have included high-tech hacking and cyberattacks. Most famously, U.S. and Israeli intelligence agencies are suspected of unleashing a computer worm called Stuxnet that disrupted Iran’s nuclear program.