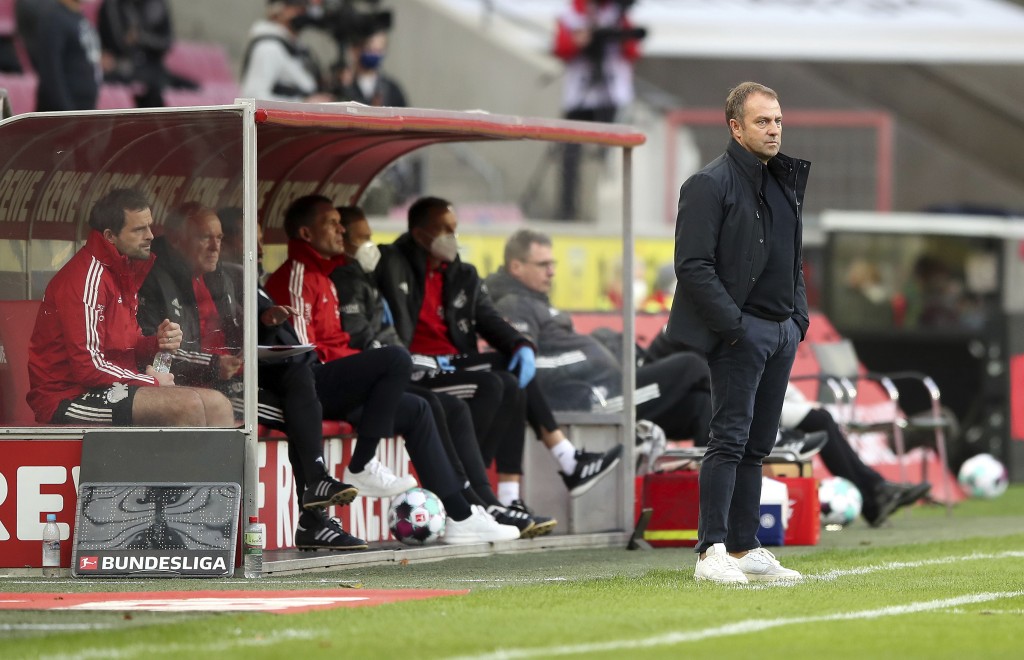 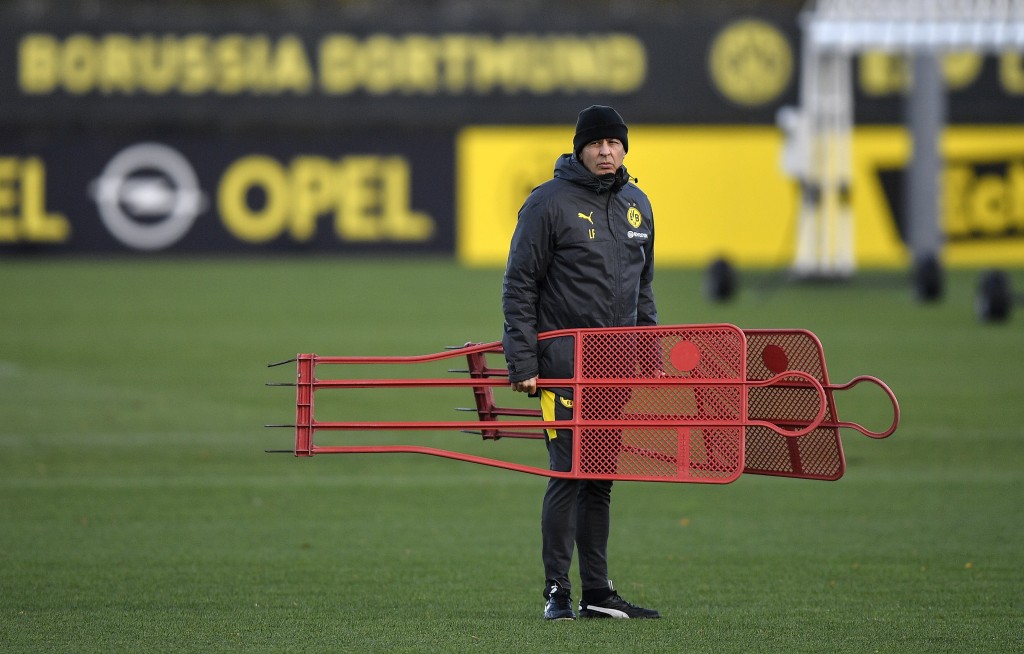 DÜSSELDORF, Germany (AP) — What a year it's been for Hansi Flick.

The Bayern Munich coach marked 12 months in charge on Wednesday with a vibrant 6-2 win over Salzburg in the Champions League. Next up is the “Klassiker” against Borussia Dortmund on Saturday. Last year, victory in that fixture put Flick on course for a trophy-filled season.

Initially he was a caretaker, tasked with picking up the pieces after Niko Kovac left Bayern stuttering in the Bundesliga following a humbling 5-1 loss to Eintracht Frankfurt. Flick was meant to hand over to a bigger name after a few weeks.

Six days into his tenure, Flick's team hammered Dortmund 4-0 as Robert Lewandowski scored twice in a rampant victory. The extra intensity in Bayern's high pressing and non-stop attacking intent, compared to the same players under Kovac, helped Flick make his case to Bayern that he deserved to be more than just a stopgap.

Flick has won 44 of 48 games during his year in charge. Bayern has won every single trophy it's played for during his tenure — the Champions League, the Bundesliga, the German Cup and both national and continental Super Cups. Flick's all-action tactics appear well-suited for a coronavirus-interrupted year in which defenses around Europe seem to lack their usual cohesion.

And just when it looked like Bayern was finally being worn down by fatigue from the sheer weight of fixtures, the team responded with a statement win.

Thrashing Salzburg 6-2 followed lumbering and clumsy play — at least by Bayern's standards — in 2-1 wins over Lokomotiv Moscow and Cologne. After a shock 4-1 defeat to Hoffenheim in September, Bayern responded by beating Dortmund for the German Super Cup and embarking on its current nine-game winning run.

Bayern and Dortmund are level on 15 points at the top of the Bundesliga after six games apiece. A win for Bayern would put the Munich club firmly on course for a record-extending ninth consecutive title, and it could push Dortmund coach Lucien Favre closer to the exit.

Favre has lost all three of his games against Flick and hasn't beaten Bayern since August 2019 in a German Super Cup game against Kovac's team. The Swiss coach's contract with Dortmund is up at the end of the season and there's no sign of a new deal yet.

Dortmund is on a four-game winning run after losing its opening Champions League game at Lazio 3-1.

Defender Mats Hummels is a doubt for the Bayern game with a muscle injury he picked up in last week's win over Arminia Bielefeld which kept him out of Dortmund's 3-0 Champions League victory at Brugge on Wednesday.

Bayern may have to do without defender Niklas Süle, who has been in isolation after a positive test for the coronavirus stopped him traveling to Salzburg.

It will be the third Klassiker in a row with no spectators after German soccer moved back into empty stadiums under a new partial lockdown nationwide amid rising coronavirus case numbers. That ended a six-week trial period with fans in varying numbers at different venues, depending on the local situation.

Dortmund had 11,500 spectators against Freiburg on Oct. 3 for the biggest Bundesliga crowd since play was suspended in March. However, Dortmund was soon required to reduce crowd sizes sharply as infection rates rose. Bayern wasn't allowed spectators at any of its home games because of a higher infection rate in Munich at the time.