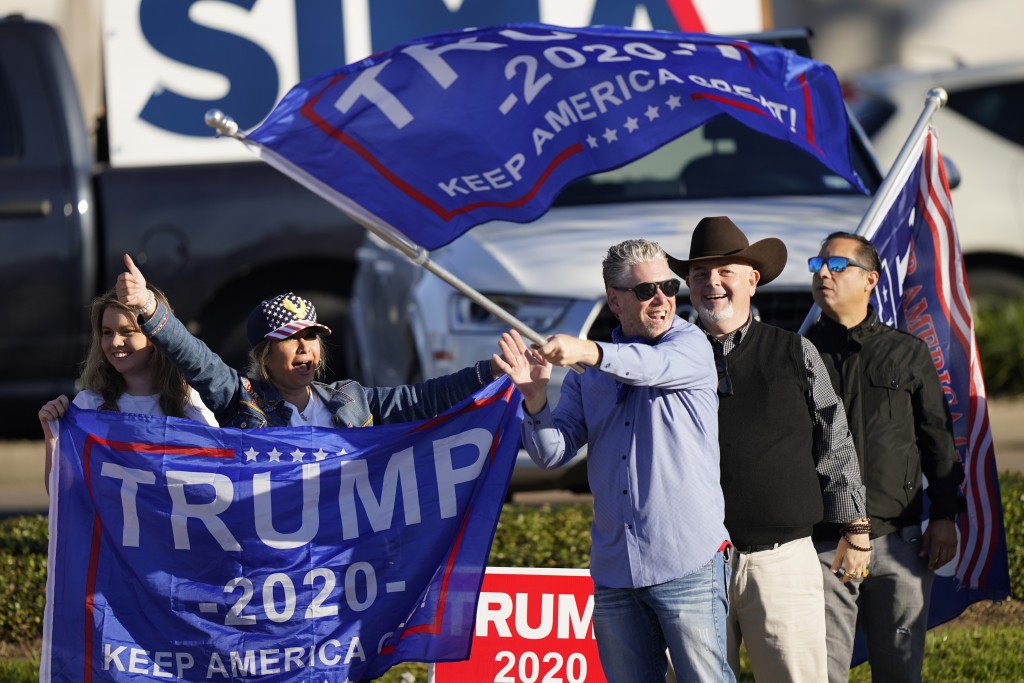 AUSTIN, Texas (AP) — If Texas was a battleground, the results sure were lopsided.

A historic turnout of 11 million voters, an avalanche of spending and a pandemic that has killed more than 18,000 people did virtually nothing to change power in America's biggest red state, dealing another demoralizing blow to Texas Democrats who set massive expectations of victories that would shake the country.

But by Wednesday, they were finding solace in local races for sheriff and appeals courts.

“This is not anything we saw coming,” Texas Democratic Party Chairman Gilberto Hinojosa said.

Republicans scoffed that by now in Texas, it should be predictable.

”Last night was a perfect demonstration of Groundhog Day here in Texas, where the Democrats spend a year and a half talking about all the great things are going to happen and it cannot deliver," said Dave Carney, the top political adviser to Republican Gov. Greg Abbott.

For Texas Democrats — whose 26 years without winning a statewide race remains the longest losing streak of its kind in America — there was almost no race they considered out of reach. They pleaded with Democrat Joe Biden to visit Texas as polls suggested he had a chance at its 38 electoral votes in the presidential race. Democrats also dumped mountains of money into more than a half-dozen congressional races and prioritized winning control of the Texas House for the first time in nearly 20 years.

None of it materialized.

Of 10 congressional races that Democrats nationally targeted in Texas, nine were GOP wins and the other had Republican Beth Van Duyne leading Democrat Candace Valenzuela. Even longtime Democratic strongholds along the heavily Latino border with Mexico drifted toward President Donald Trump, including in counties that have been directly impacted by his policies on immigration and the border wall.

Hidalgo County, the economic engine of the Rio Grande Valley where Democratic vice presidential nominee Kamala Harris made an 11th-hour visit last week, went for Biden by 17 points, less than half of Hillary Clinton's margin there four years earlier. Rural Zapata County, which went for Clinton by 33 points, flipped to Trump entirely.

Hinojosa, who is from South Texas, was at a loss to explain the results. He mused whether Latino voters were turned off by the issue of gun control, or whether Trump's misrepresentations that Biden supported defunding the police still struck a nerve.

He expressed more certainty about the impact of Biden never coming to Texas after winning the nomination. “How do you win a state and not show up? I mean, c'mon," Hinojosa said.

He described internal party polls that were badly off, including some that he said put them ahead in more than a dozen legislative seats and at least three U.S. House races. One of Democrats' biggest targets was the 800-mile congressional district held by outgoing Rep. Will Hurd, the House's only black Republican and one of his party's few members that has spoken out against Trump. Hurd won reelection in the border district by fewer than 1,000 votes two years ago.

Republican Tony Gonzales' victory there Tuesday was also close, but no squeaker. He visited all of the district's 29 counties twice in the last month of the election, which he credited to his success in an election when Texas Democrats largely stuck to virtual campaign events because of the pandemic.

“I had folks walk away going, 'Tony, I still don’t agree with your positions, but I appreciate you taking the time and coming to my town and having this discussion," Gonzales said. “I think that really, really got us over the top."

Said Carney, Abbott's adviser, of GOP candidates in Texas knocking on doors of voters stuck at home during the pandemic: “People were dying to talk to people that wasn't the FedEx guy. "

Democrats framed not losing major ground in the Texas House as a victory, as well as holding onto two congressional seats flipped in 2018. They also gave Trump, who carried Texas by 6 points, the closest presidential race here in decades.

“They're cutting into the overwhelming strength of Republicans in Texas,” said Jason Villalba, a former Republican lawmaker and president of the Texas Hispanic Policy Foundation. “They're making inroads much slower than I think they'd prefer.”

Associated Press writers Juan A. Lozano in Houston and Jamie Stengle in Dallas contributed to this report.