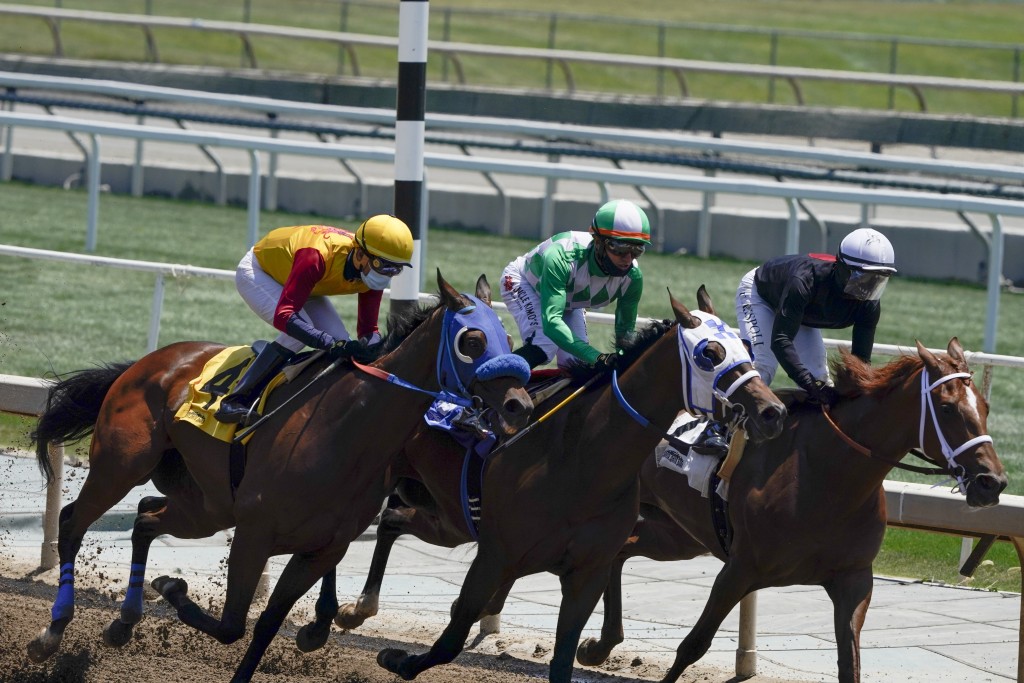 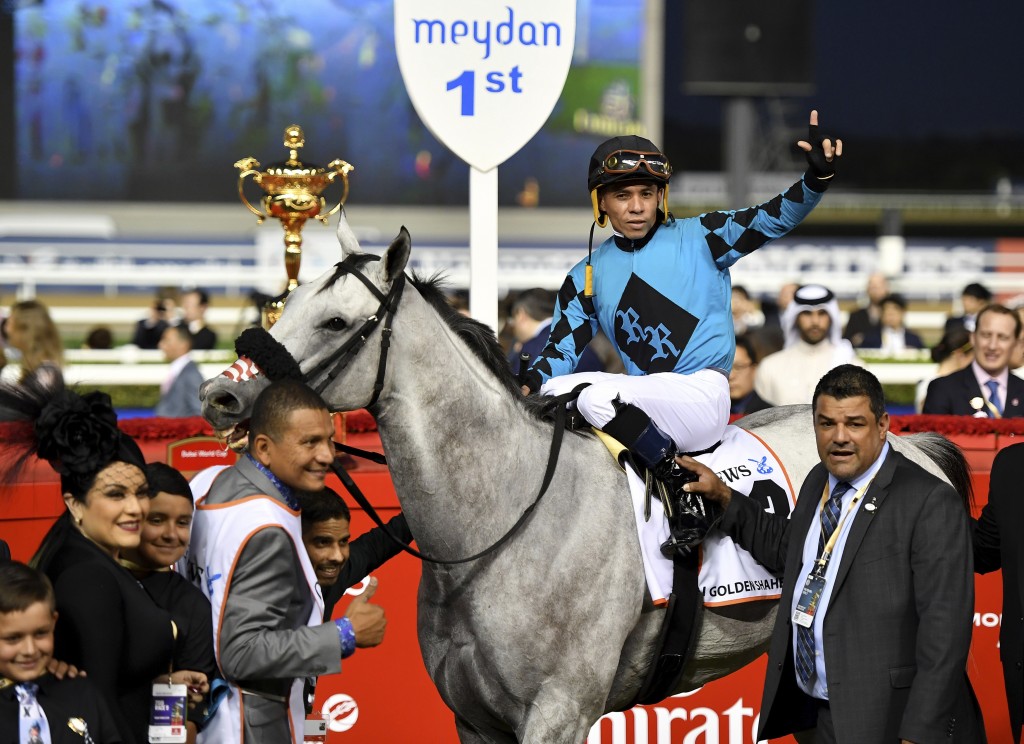 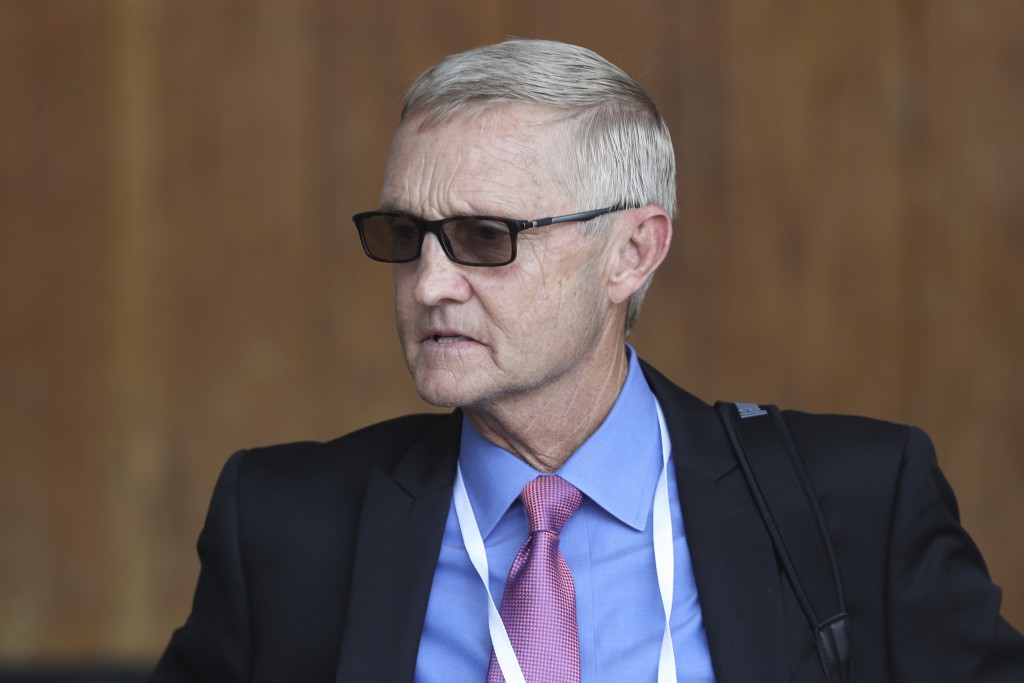 A movement is underway in horse racing to clean up the sport by enacting uniform safety standards that everyone in the industry would have to abide by.

An integrity and safety bill is being reviewed by the Senate that could put national standards in place by the start of 2022. In the meantime, different states and tracks are implementing rules to address concerns about doping, medication and optics.

The rules include eliminating performance-enhancing substances, restricting the use of an anti-bleeding medication and placing limits on the use of a bronchodilator that can enhance muscle development. There would also be restrictions on how — and how many times — a jockey can whip a horse consecutively during a race.

“At some point, we need to get those rules so that nationwide we have the same rules everywhere,” trainer Kenny McPeek said this week before saddling Preakness-winning filly Swiss Skydiver in the Distaff at the Breeders’ Cup world championships this weekend.

The U.S. government catching two prominent trainers involved in a widespread scheme to drug horses, and California’s Santa Anita racetrack getting through its fall season without a single racing fatality are examples of independent efforts to clean up the sport.

But without a national governing body, horse racing has long relied on jurisdictions making their own rules, which partially contributed to the suspicious success of indicted trainers Jason Servis and Jorge Navarro and the death of Grade 1 winner X Y Jet in Navarro’s care.

If the “Horseracing Integrity and Safety Act” that made its way through the U.S. House of Representatives is passed by the Senate and signed into law, as expected, those types of incidents would likely be prevented going forward because an independent authority would set regulations that the U.S. Anti-Doping Agency would then enforce.

“It will be a game changer, I think, for the industry when it comes time to protect the health and safety of the horses and the integrity and fairness of the competition,” said Travis T. Tygart, CEO of USADA, which already is getting calls to its anonymous tip line on horse racing. “It is going to be clearing out the bushel to get to, ‘All right, let’s clean this thing up and restore this sport to what it once was.’”

It will be up to the horse racing industry to figure out how to pay for new standardized testing and enforcement, but states already spend roughly $30 million annually in that department, which be streamlined for better effectiveness.

“We can’t afford not to do it,” National Thoroughbred Racing Association president and CEO Alex Waldrop said. "It’s not as if we can just say, ‘Well, too bad, too expensive.’ The costs of not doing it are far greater than the cost of doing it.”

After a spike of horse deaths in 2019 into 2020, California put money and effort into improving track and safety conditions and got through the summer at Del Mar and fall meet at Santa Anita with just one fatal breakdown among 3,457 horses that left the starting gate. Aidan Butler, chief operating officer of 1/ST Racing that owns Santa Anita, and the California Horse Racing Board said they put worked with horsemen and the state government to institute “dozens of safety initiatives” that drastically reduced fatalities and set a new safety bar for the rest of the country.

One of those initiatives was a zero-tolerance policy on clenbuterol, a bronchodilator sometimes given to increase muscle mass instead of treating respiratory disease as intended.

“As far as safety goes, this is the No. 1,” said trainer Mark Casse, who has six horses in the 2020 Breeders’ Cup and has long been critical of clenbuterol as a potentially harmful stimulant. “It decreases bone strength, but it also leads to heart conditions. It’s very hard on the heart. There’s a lot of trainers out there that don’t want to subject their horses to that type of treatment, and they’re competing at an unlevel playing field.”

Two-time Triple Crown-winning trainer Bob Baffert on Wednesday vowed to “do better” after three positive tests for medication this year and said he's hiring outside oversight.

While Baffert horses tested positive for a corticosteroid and a local anesthetic, Lasix has become a focus in recent years for the race-day use of the medication that reduces pulmonary bleeding. Even though Lasix hasn’t been linked to any deaths, 2-year-olds cannot be given it on race days beginning this year, and that extends next year to all horses running in stakes races at the tracks that host the Triple Crown races.

McPeek supports Lasix restrictions for 2-year-olds and stakes horses but said “the average, everyday horse” often needs the medication. A common argument against Lasix is that it isn’t used in Europe, where racing is almost exclusively done on grass, not the dirt that is more prominent in North America.

The most visible change is the use of the riding crop by jockeys. It's not considered a cause of breakdowns or injuries, but the whip has become a hot-button issue around a sport sensitive to the perception that fans are put off by a horse being struck repeatedly down the stretch.

New Jersey banned whipping a horse for any reason other than safety, California contains it to six times a race, Kentucky — where the Breeders’ Cup is being run — limits it to two in a row before pausing for a response and Toronto’s Woodbine Racetrack allows only underhanded motions.

“We can eliminate the perception of the whip harming the horse if you go to underhanded with some kind of restrictions and a lot of penalty when the rules are broken,” said retired jockey Jerry Bailey, now an NBC Sports analyst.

Fellow Hall of Fame riders John Velazquez and Mike Smith have cited safety in voicing criticism of whip restrictions, which are being debated nationwide. Spokesman Pat McKenna said the New York Racing Association supports changes to “strictly limit its use and add severe penalties for overuse” while acknowledging the crop is a way of communicating with horses.

“In fairness to riders, trainers, owners and the betting public, these rules should be consistent between states,” McKenna said.

That is the goal of the safety and integrity bill that could go into effect Jan. 1, 2022. And if it is passed, for the first time the industry would be able to set standard rules across the board that could preserve the long-term health of the sport.