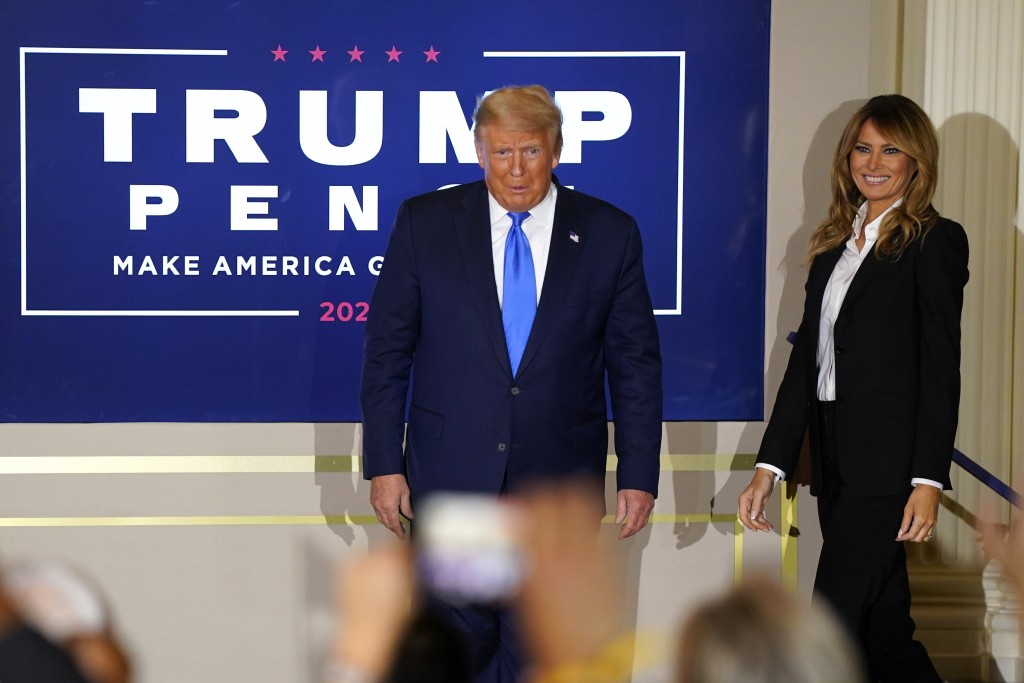 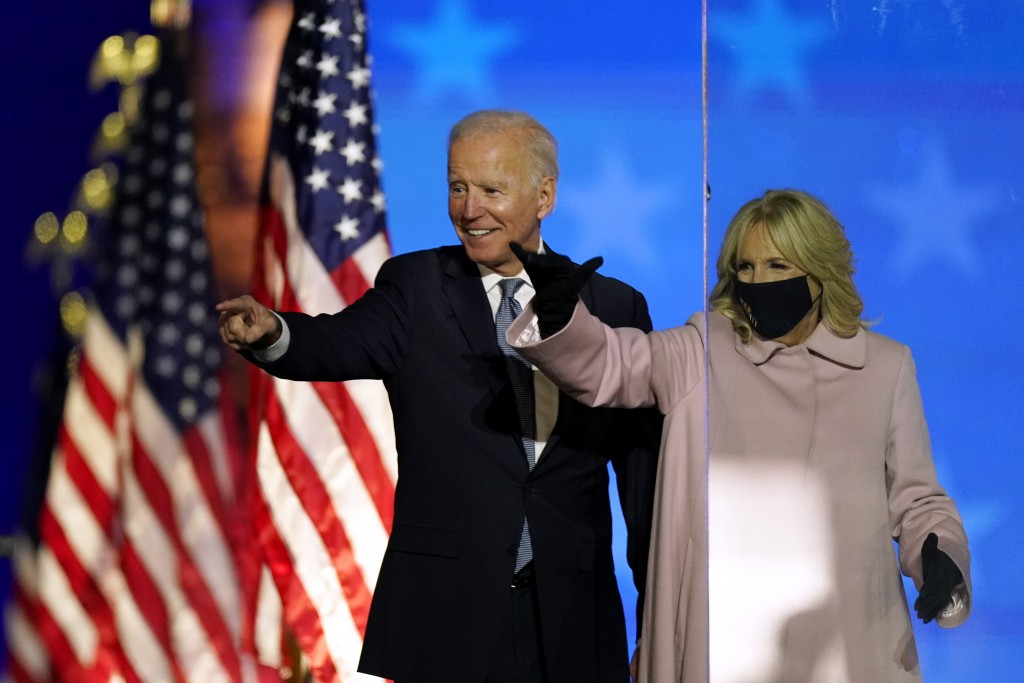 WASHINGTON (AP) — It was a victory celebration without a victory.

Empty wine glasses littered a table in the East Room of the White House. Pizza boxes and cans of White Claw hard seltzer abounded elsewhere in the complex.

As Election Day came and went without a verdict in the presidential race, President Donald Trump grew agitated. At 2:21 a.m., the president took the stage before a well-lubricated crowd in the East Room and falsely claimed he had won. He vowed to take his case to the Supreme Court.

"We were getting ready for a big celebration,” Trump said. “We were winning everything and all of the sudden it was just called off.”

He added, “We will win this and as far as I’m concerned we already have won it.”

That was not true.

In fact, 102 million Americans spooked by the coronavirus pandemic had shattered records to vote early, and millions of ballots had yet to be counted in key battleground states. Neither Trump nor Biden had yet reached the 270 Electoral College votes required to win the presidency.

Biden, too, felt the need to respond to the indecision.

Just after midnight, the former vice president's motorcade abruptly shuttled him from his house in Wilmington, Delaware, to an outdoor speaking venue nearby, where he cautioned that a result might not come for a few days.

“We’re going to have to be patient,” Biden said around 12:30 a.m., as supporters honked their car horns to signal their assent. “It ain’t over until every vote is counted.”

The drama in the wee hours of Wednesday stood in stark contrast to the candidates' more valedictory tones on Election Day.

As voters cast ballots across the country, Trump struck a sober tone at midday Tuesday as he thanked campaign workers at their headquarters in Arlington, Virginia. He also allowed: “You know, winning is easy. Losing is never easy. Not for me it’s not.”

Biden campaigned a final time in his hometown of Scranton, Pennsylvania, and in Philadelphia, as well as in Wilmington. He spoke to the CEO of a community center for teens and visited a pool where he worked as a teenager.

“The only thing you know is traditions are made to be broken. There’s just so much in play right now. And such overwhelming votes out there,” he told reporters while the voting was still under way. If there were no results Tuesday night, he promised, "I’ll wait till the votes are counted the next day.”

The results, or lack of them, left Americans with little to do but wish for an escape.

“Laughing gas helped me through labor and I realllllly wish I had some” right now, tweeted Meena Harris, the niece of Biden’s running mate, Kamala Harris, at 12:17 a.m.