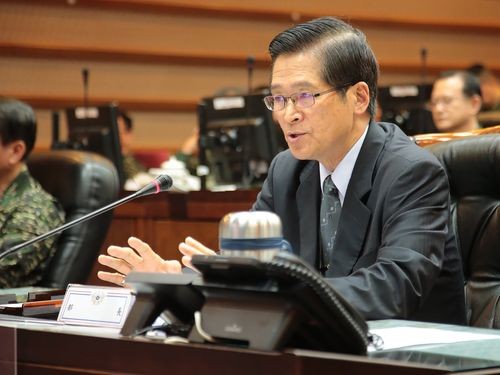 TAIPEI (Taiwan News) — Half of the Army’s 2,000 pieces of equipment and weapons that are more than 30 years of age will be replaced or upgraded by 2035, Defense Minister Yen Te-fa (嚴德發) said Wednesday (Nov. 4).

Taiwan’s military has recently been faced with accidents involving aging planes and tanks, though their age was not directly suspected of having played a part in the incidents. The three branches of the Armed Forces together count more than 2,500 pieces of equipment, including ships, tanks, and armored vehicles that have been in service for at least 30 years, CNA reported.

The Army possessed at least 2,000 of those and says it plans to upgrade or replace half by 2035, the minister told lawmakers Wednesday during questioning about a budget report. The Air Force said it had 200 outdated planes or vehicles, while the Navy listed 10 ships, nine helicopters, and 100 vehicles.

Plans to upgrade and lengthen the life of aging material would be included in a five-year reform project for the military, Yen told legislators.