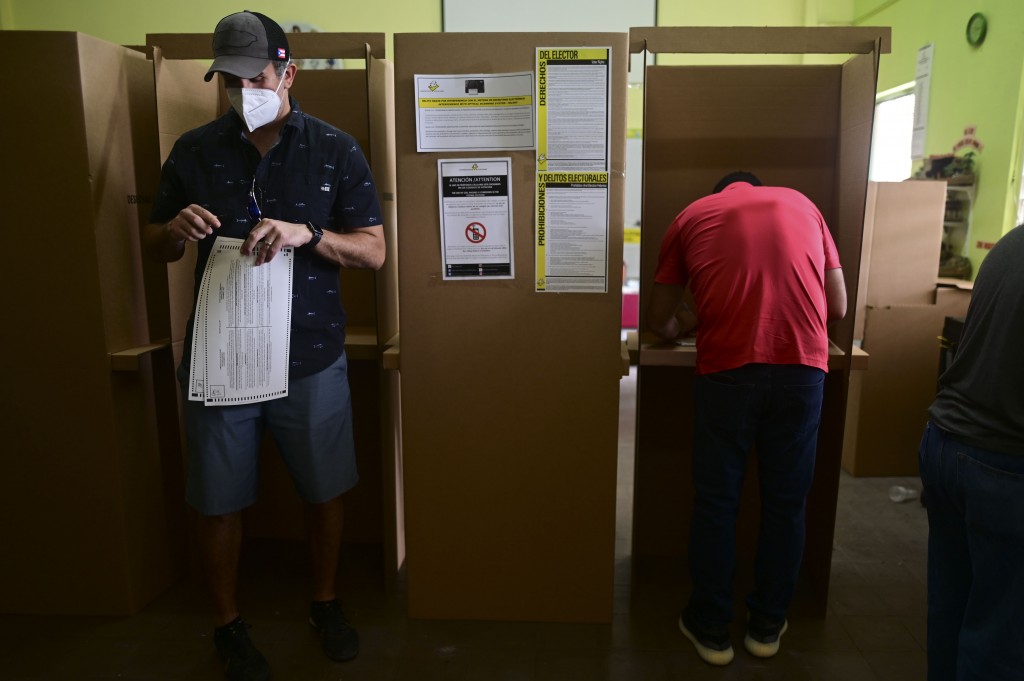 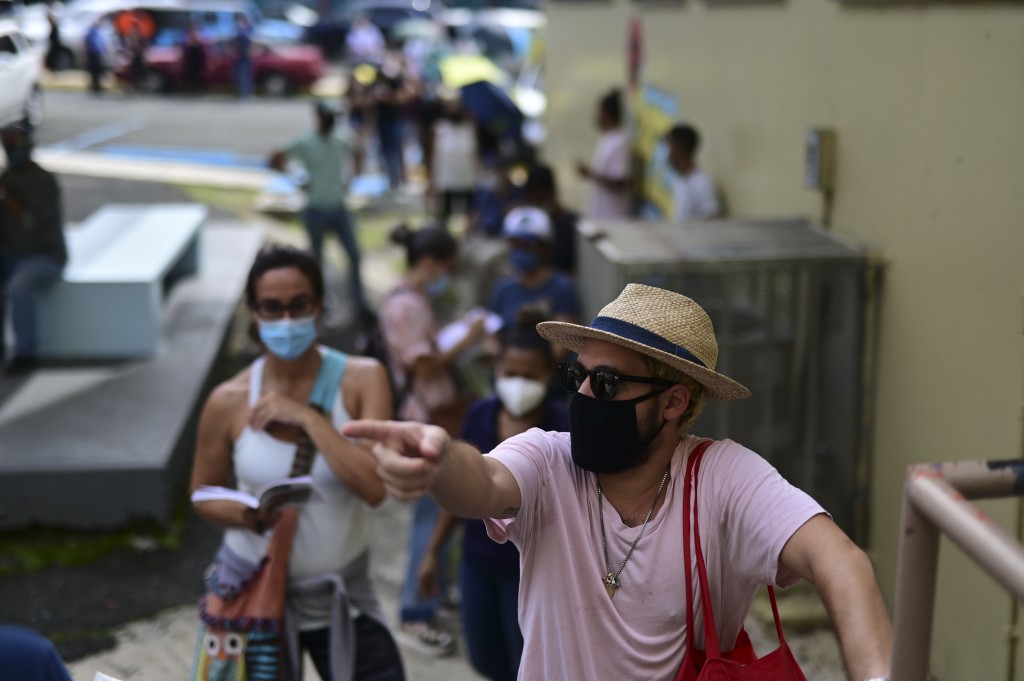 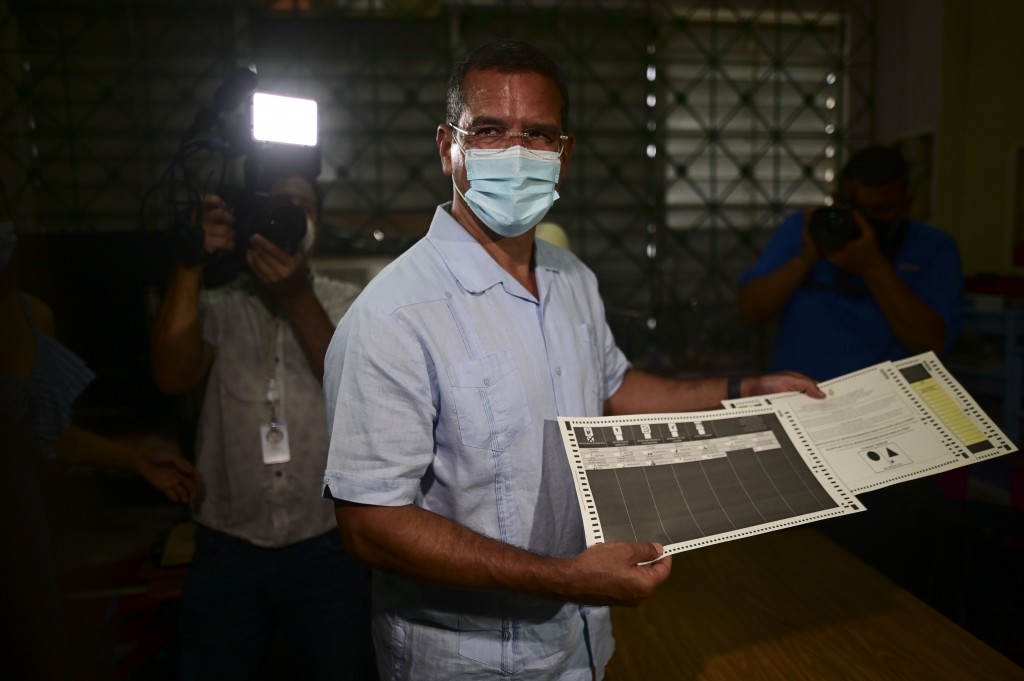 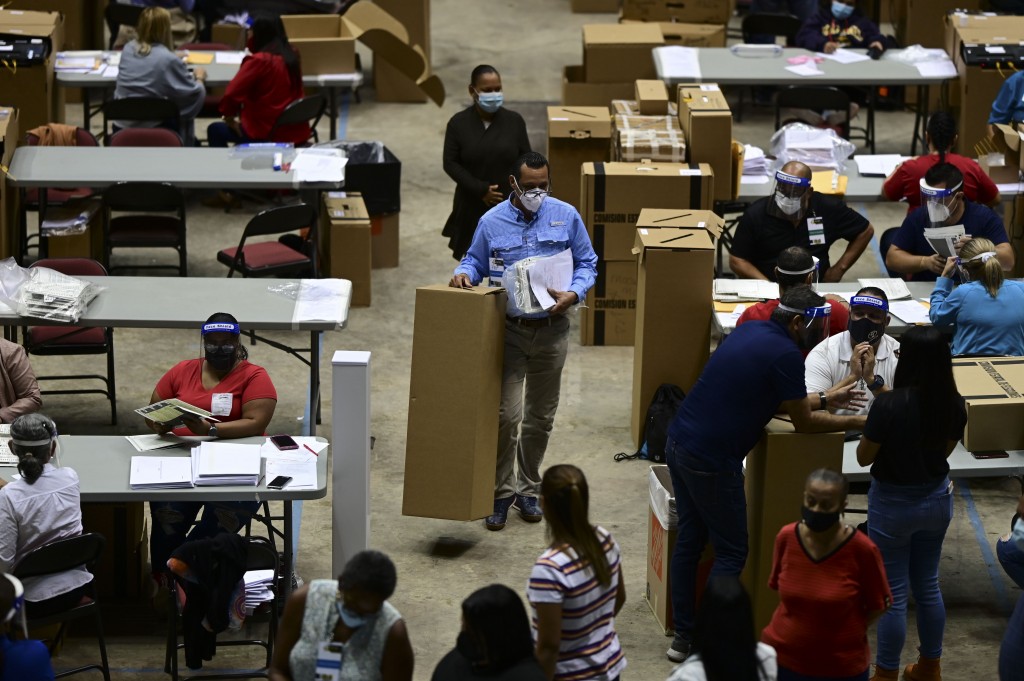 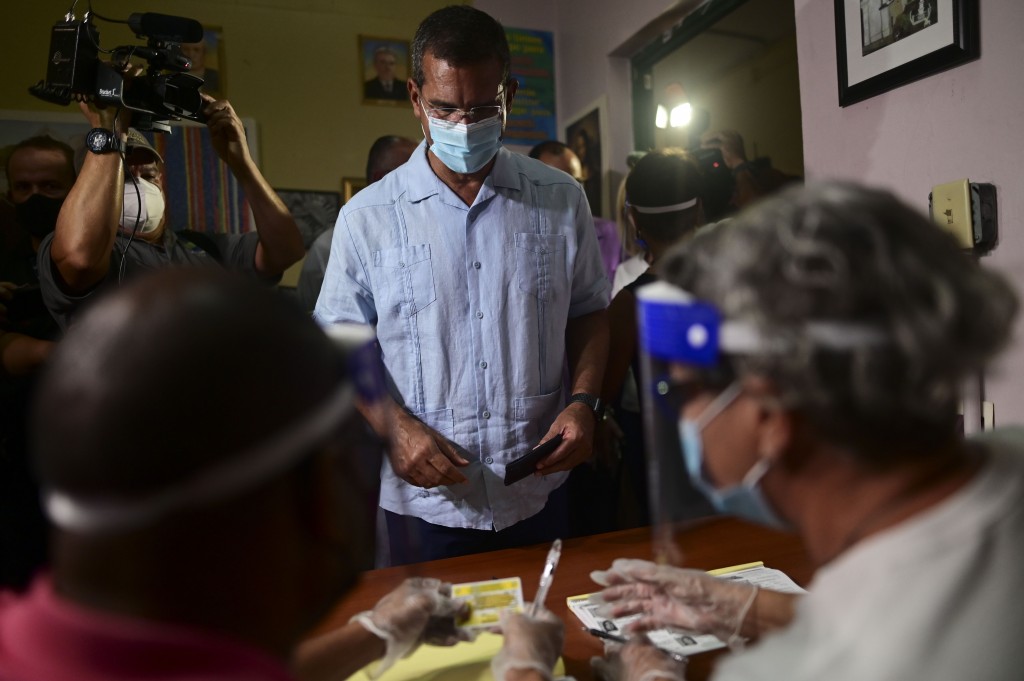 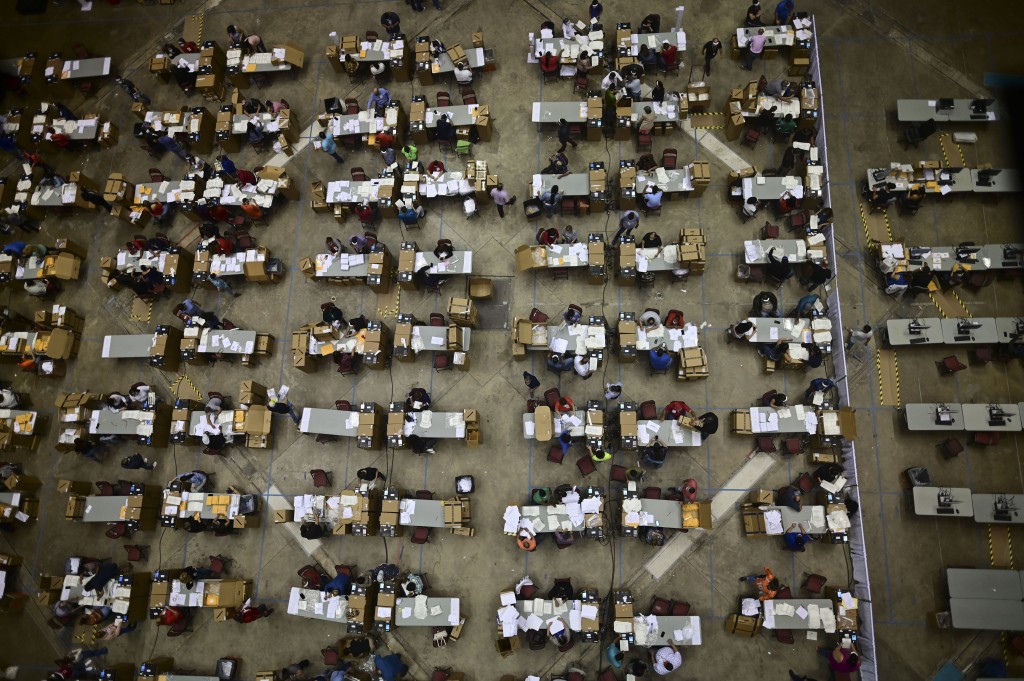 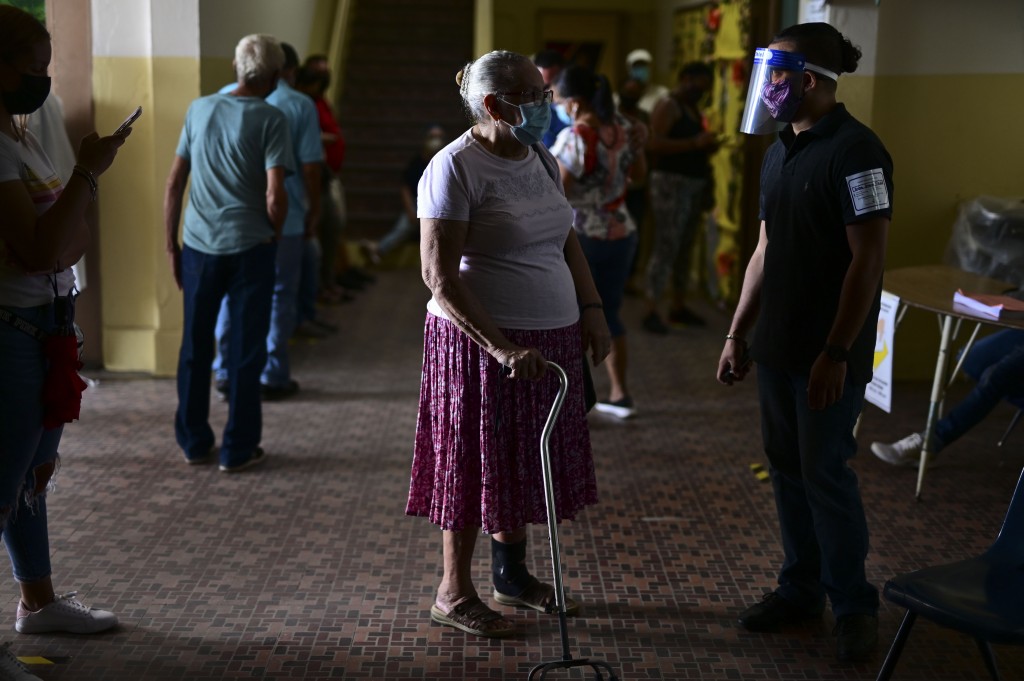 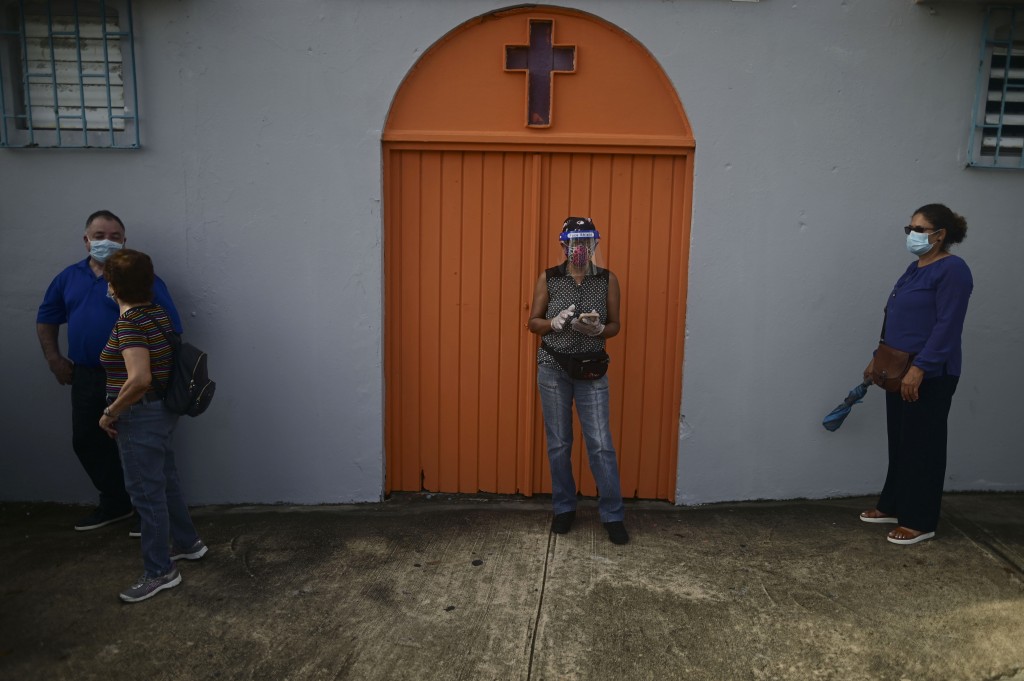 Pedro Pierluisi of the pro-statehood New Progressive Party held a slight lead over Carlos Delgado of the Popular Democratic Party, which supports the current territorial status. Less than 10,000 votes separated the top two candidates after counting of more than 90% of the ballots cast Tuesday as well as some returns from early and absentee ballots, which were also still being counted.

Pierluisi celebrated the early results and held a news conference, while Delgado had not spoken publicly.

The preliminary results disappointed voters like 69-year-old David Jorge Santos, who said he had been a longtime supporter of one of the two main parties, though he declined to say which. But this year, he voted for a new party because he said the New Progressives and Popular Democrats don't deliver.

“It's one promise after another and they don't do anything,” Santos said.

In addition to the general election, voters also faced a nonbinding referendum that asked, “Should Puerto Rico be admitted immediately into the union as a state?" Statehood was leading with more than 50% support, with more than 80% of votes counted. However, Congress would have to approve of any changes to the island’s political status.

Trailing the two main candidates were Juan Dalmau of the Puerto Rican Independence Party, which for the first time since the 1950s obtained double-digit support, Alexandra Lúgaro of Citizen Victory Movement, César Vázquez of the Dignity Project and independent candidate Eliezer Molina.

It was the first election held since Hurricane Maria hit the island in September 2017, causing damages estimated at more than $100 billion and killing an estimated 2,975 people in its aftermath.

Less than two years after the storm, hundreds of thousands of Puerto Ricans took to the streets in protest and prompted Gov. Ricardo Rosselló to quit, an event known as the “Summer of 2019” that was sparked by a leaked chat in which the then governor and other officials made fun of hurricane victims, among other things, and made comments that led to an investigation into possible corruption.

Pierluisi briefly served as governor following last year’s protests and previously represented Puerto Rico in Congress for eight years. He and Rosselló are from the same party.

The candidates faced a dwindling voter base because of emigration caused by hardship. There are 2.36 million eligible voters, compared with 2.87 million in 2016 and 2.4 million in 2012.

Despite the drop in eligible voters, the diversity of parties and candidates has increased in recent years, slowly eroding the grip that the New Progressives and Popular Democrats have had on the island’s politics for decades.

Rafael Fonseca, an administrator, said he had hoped neither of the two parties that have long dominated the island’s politics would win this year.

“They’ve been doing the same thing for years and there’s no change,” he said, adding that the island’s public education system needs to be improved and wages overall increased to prevent the loss of young people moving to the U.S. mainland in search of work.

Fonseca lamented that the energy fueling last year’s protests and demands for new leaders seemed to have dissipated.

“Puerto Ricans have a short memory,” he said, adding that he remains hopeful a non-traditional party will eventually lead Puerto Rico. “Possibly not in my lifetime.”

The election came amid an economic crisis and efforts to restructure a portion of Puerto Rico’s more than $70 billion public debt, which officials declared unpayable in 2015.

The new governor will have to work alongside a federal control board that oversees Puerto Rico’s finances and has previously clashed with local officials over austerity measures, including proposed public pension cuts.