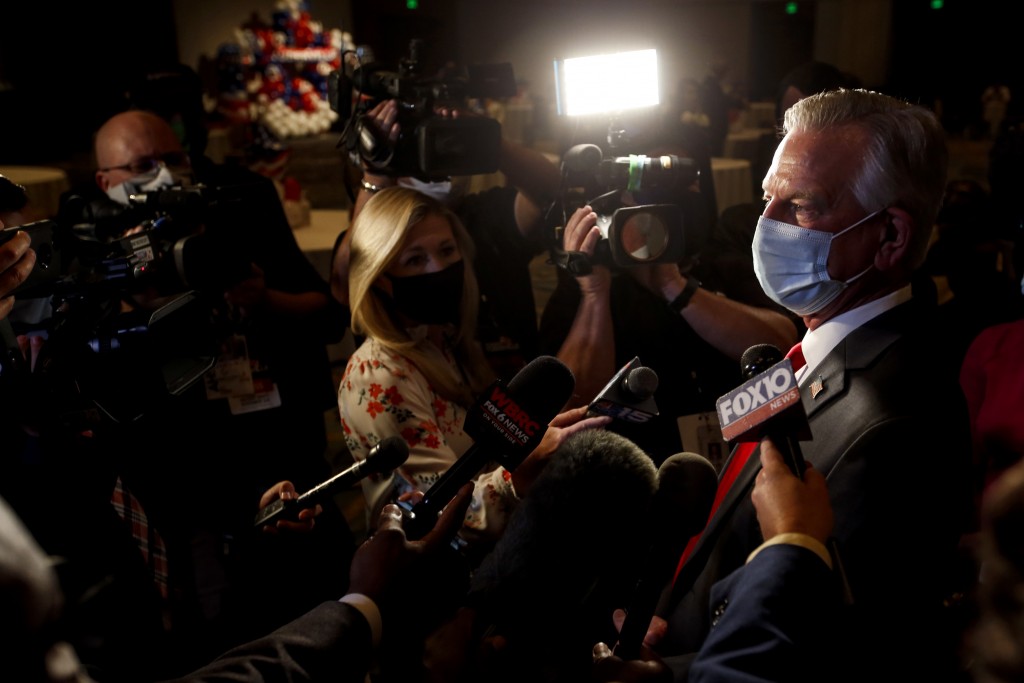 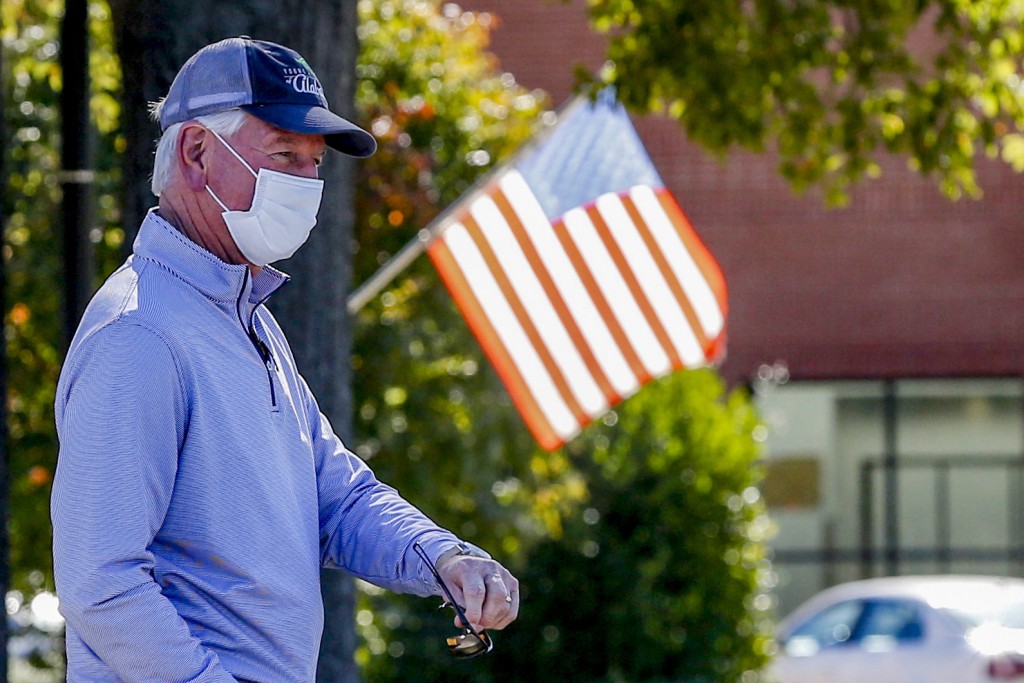 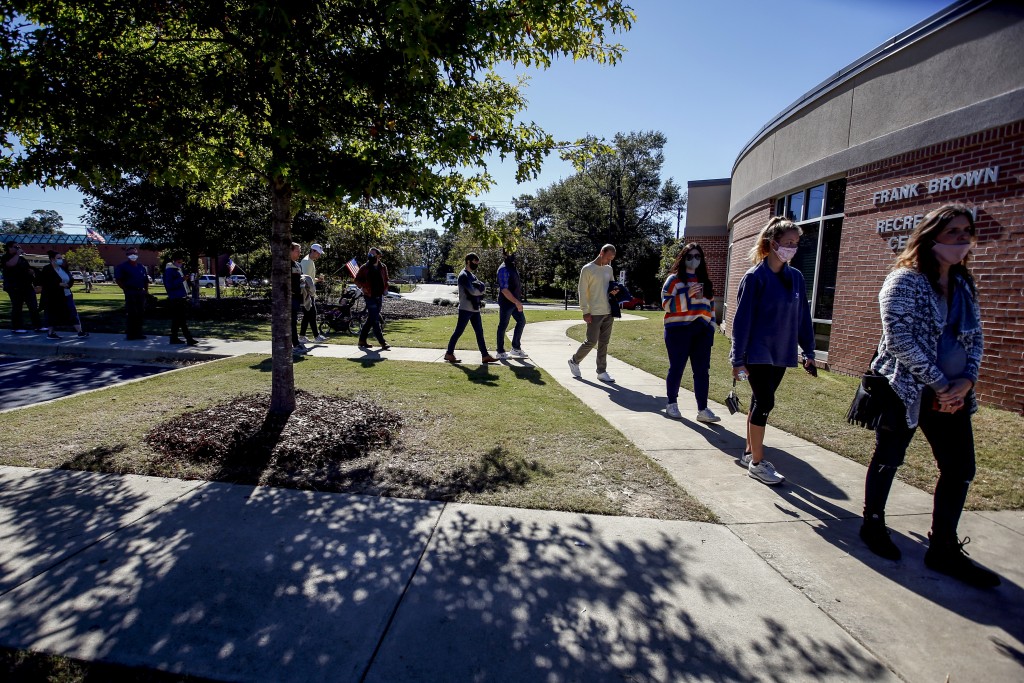 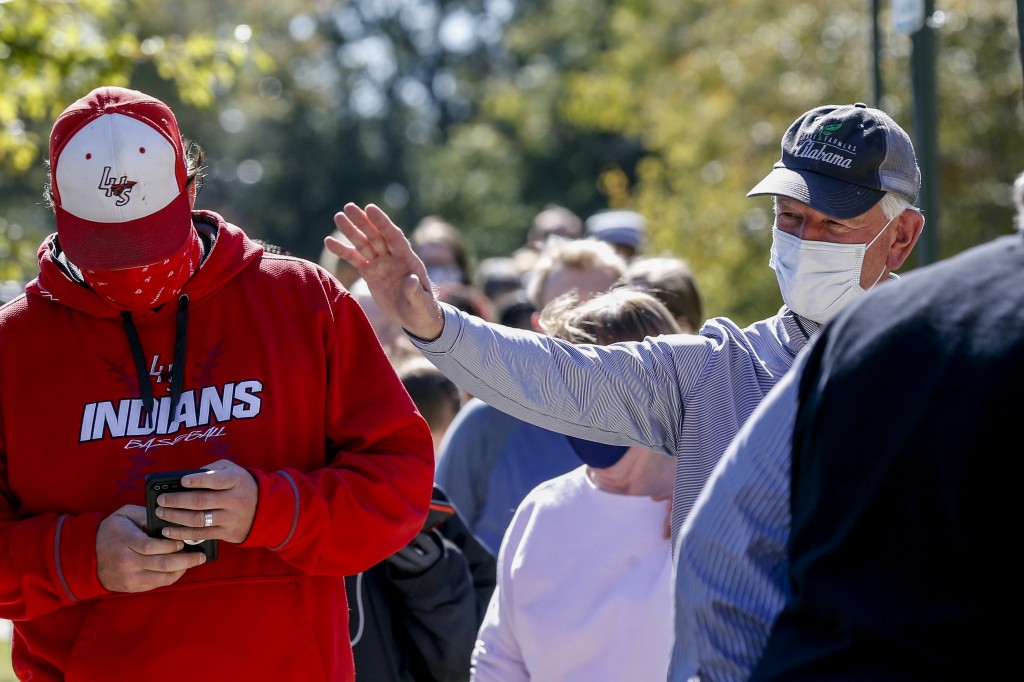 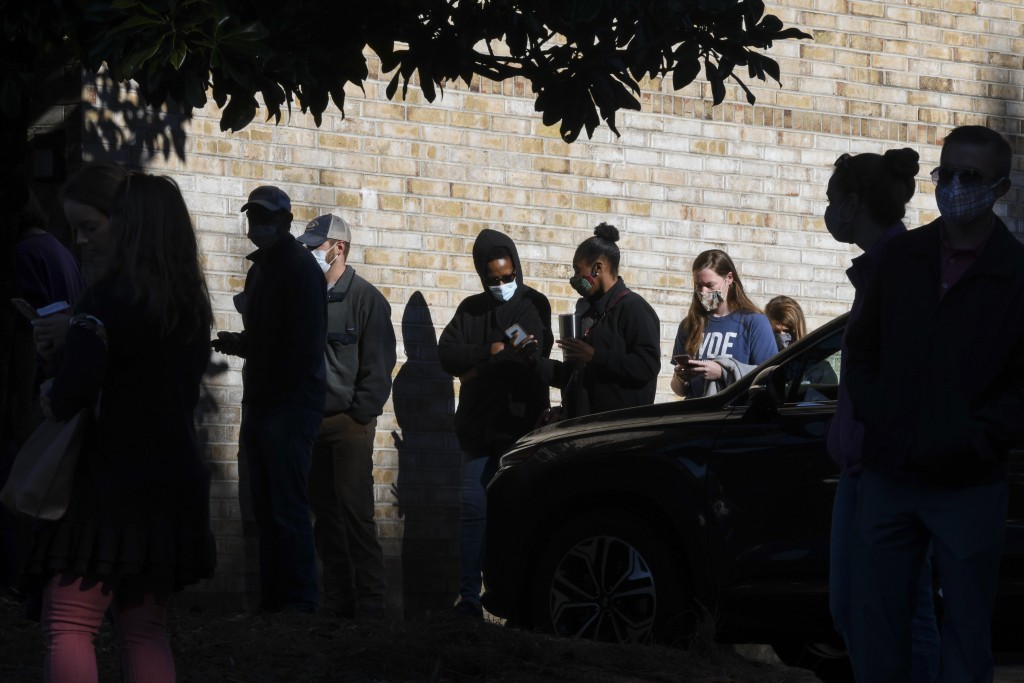 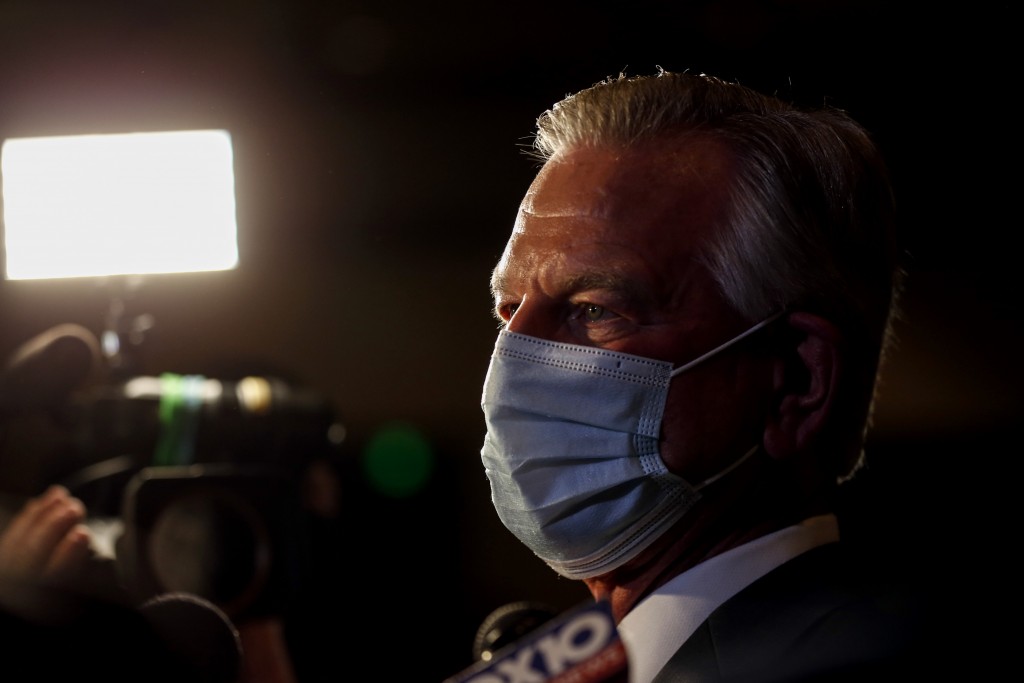 Republicans had made recapturing the once reliably conservative seat a priority in 2020.

Tuberville, who has never held public office and last coached four years ago, aligned himself closely with President Donald Trump and declared in the primary campaign: “God sent us Donald Trump.”

Jones had won the seat during a 2017 special election in which GOP Senate candidate Roy Moore was publicly accused of sexual misconduct involving young women decades ago.

The GOP hammered Jones over his vote to convict Trump in the Senate impeachment trial earlier this year.

MONTGOMERY, Ala. (AP) — Republicans in Alabama are attempting to reclaim a U.S. Senate seat that the Democrats won three years ago in the reliably red state.

Democratic Sen. Doug Jones is being challenged by Republican Tommy Tuberville, who limited his public appearances and refused to debate him. Tuberville is well known in Alabama as Auburn University's former football coach, and is expected to benefit from straight-ticket voting and President Donald Trump ’s endorsement in a state where Trump remains popular among white voters.

Tuberville said he was optimistic as he briefly greeted supporters at his election party in downtown Montgomery.

“The game's over. Now you've got to tally up the score. We've done pretty good up to this point in the last two years in all the polls. The only polls that count is the last one. I'm optimistic,” Tuberville said.

Tuberville said he spoke with Trump this afternoon.

Voters encountered long lines as the polls opened Tuesday morning. Alabama Secretary of State John Merrill predicted that the state will see record turnout with up to 76% of the state's 3.7 million eligible casting ballots. The race will test whether Democrats can maintain inroads in the Deep South state. The outcome of the race could also affect control of the U.S. Senate, which Republicans currently control 53-47.

Judy Harrison, a retired educator in Montgomery who described herself as “very conservative,” said she voted for Tuberville.

“He’s a fine Christian man, I do know that,” said Harrison, 80. “And I know that he will work hard and do the best that he can. And I think his values are similar to mine.”

However, Glenn Crowell, a 63-year-old retired restaurateur and Republican, voted for Jones.

“I would have voted for Tuberville, but I couldn’t find out some stuff about him because he didn’t give any interviews and didn’t debate or anything like that,” said Crowell, who is Black.

Jones has emphasized his record of bipartisanship and support for the Affordable Care Act, while questioning Tuberville’s knowledge and readiness for office.

Jones, a former U.S. attorney best known for prosecuting Ku Klux Klansmen who bombed a Birmingham church in 1963, became the first Alabama Democrat elected to the Senate in a quarter century by defeating Roy Moore, who was accused of pursuing romantic and sexual relationships with teenage girls when he was in his 30s.

During a candidate forum with students at Auburn, Jones was asked whether a Democrat could represent the interests of Alabamians.

“Alabama is not monolithic. We are a diverse state. ... The goal is to try to find common ground,” he added.

Tuberville ended the comeback hopes of former Attorney General and Alabama U.S. Sen. Jeff Sessions in this summer’s GOP runoff. He's positioned himself as a political outsider and emphasized his support of Trump and opposition to abortion. “I’m going to stand with President Trump to finish the border wall, cut your taxes, and protect life,” Tuberville said in an ad. His last comment was a reference to his opposition to abortion.

Tuberville said Jones was out of sync with Alabama’s conservative voters when he voted to remove Trump during the impeachment trial and refused to confirm Amy Coney Barrett to the U.S. Supreme Court.

"Senator Jones has not been a voice for the people of Alabama," Tuberville said after a campaign stop Sunday, suggesting Jones was more suited to represent California. “I want to go work on their behalf," he said of Alabama voters.

David Mowery, an Alabama-based political consultant, said the path for a Democrat is harder in Alabama than in some other Southern states that are beginning to turn purple.

“We’re a Republican state. We don’t have a growing suburban area," he said. “Those types of issues aren’t roiling our populace, for better or for worse. We don’t have the diversity that a Georgia has, or a North Carolina has.”

Wearing a string of GOP buttons and carrying a face mask that read, “Biden will Keep Lock Downs For Years,” Meghann Mustico, a 40-year-old file clerk from Hoover, came to hear Tuberville speak on Sunday.

“I know he will better represent Alabama,” Mustico said. “President Trump has been the voice for the unborn, stood up for veterans rights, and I have a feeling he is going to follow his lead.”

Marilyn Hobbs, a program administrator for a media company, said she has already cast an absentee ballot for Jones and for former Vice President Joe Biden in the presidential election. She said there is energy among Democrats in this election.

“He definitely has a chance,” Hobbs said of Jones. “The same people who voted for him last time, we are going to vote for him again. I do believe women will play a central part in voting for this senator and this president.”