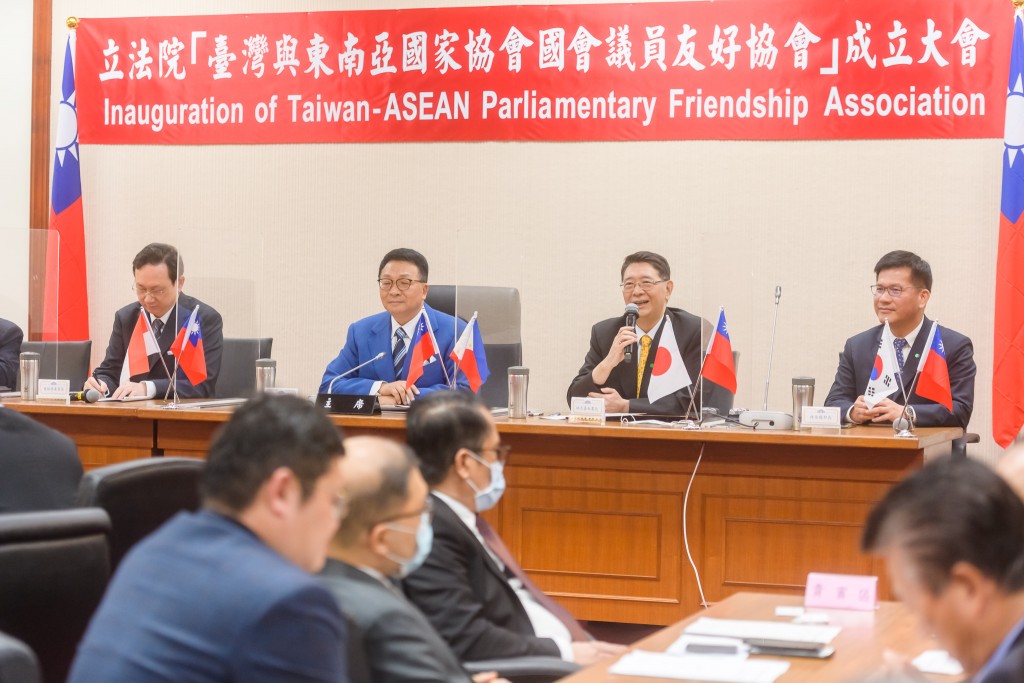 Chen Ou-po (陳歐珀) from the ruling Democratic Progressive Party (DPP) will be the chair of the Taiwan-ASEAN Parliamentary Friendship Association. He remarked that it is a crucial time for Taiwan to strengthen its relationship with ASEAN countries, and he hopes this goal will be achieved with the help of new immigrants, as many of them come from Southeast Asian nations.

The association has now been joined by nearly 30 lawmakers from different parties. The vice-chairs include the DPP’s Lo Mei-ling (羅美玲) and Tsai Shih-ying (蔡適應), the latter of whom also chairs the newly formed parliamentary caucus focusing on affairs with France, as well as Chiu Hsien-chih (邱顯智) from the New Power Party.

Transportation Minister Lin Chia-lung (林佳龍) and Tung Chen-yuan (童振源), head of the Overseas Community Affairs Council (OCAC), joined lawmakers and representatives of a number of Southeast Asian countries at the inaugural ceremony. Tung observed that with the government pushing for the New Southbound Policy, an economic plan that is targeted at Southeast Asian and Pacific nations, the relationship between Taiwan and ASEAN has made a breakthrough.

Lin noted that Taiwan should view itself as part of the Southeast Asian community and continue developing a comprehensive relationship with ASEAN member states.