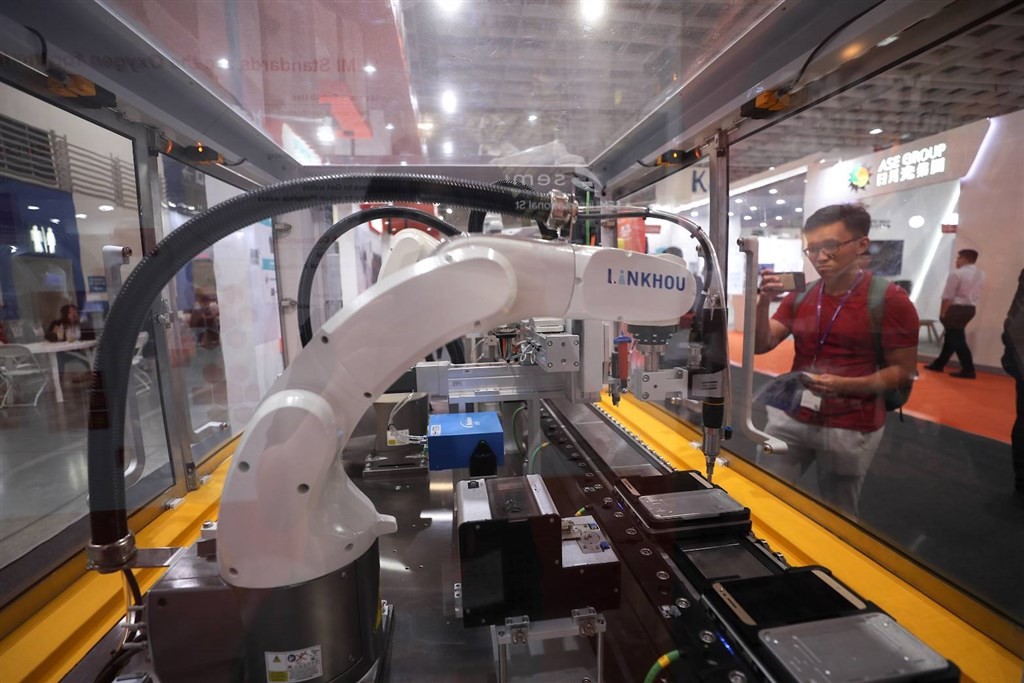 Taiwan's manufacturing sector in October recorded the biggest expansion in more than two years, as the electricity/electric equipment and basic raw material industries climbed out of a recent slump caused by the COVID-19 pandemic, the Chung-Hua Institution for Economic Research (CIER) said Monday.

According to CIER data, the Purchasing Managers' Index (PMI) for October rose 1.6 from a month earlier to 59.3, the largest expansion since January 2018, when it stood at 59.7.

The data marked the fourth consecutive month of PMI expansion, said CIER, one of the leading economic think tanks in Taiwan.

In the service sector, however, the non-manufacturing index (NMI) fell by 2.2 from a month earlier to 53.4 in October, but remained in expansion mode for the fifth straight month, CIER said.

For the PMI and NMI, readings above 50 indicate expansion, while those below 50 represent contraction.

CIER President Chang Chuang-chang (張傳章) told reporters that the electricity/electric equipment and basic material industries, which had been hit hard by the COVID-19 pandemic, had picked up again, with an increase in orders and higher product prices.

Among the major factors in the PMI, the sub-index for employment dropped 0.1 in October to 53.9, but was still in expansion, CIER said.

In particular, the hospitality and food/restaurant industries appeared weak in October, CIER said.

Meanwhile, the sub-index for the business outlook over the next six months in the PMI fell in October by 0.3 to 58.3, although it remained in the expansion column for the third consecutive month, according to CIER.

Chang said the outlook sub-index showed cautious optimism among manufacturers despite worry over a new wave of COVID-19 worldwide.