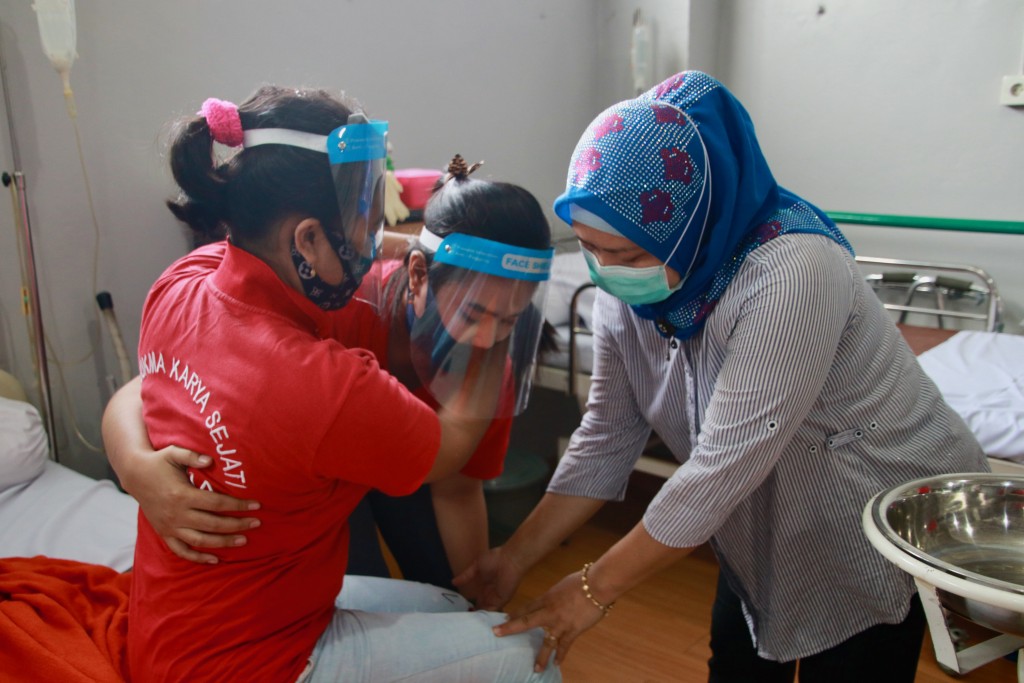 Taiwan's Ministry of Labor (MOL) said Monday that it will not accept the one-sided terms introduced by the Indonesian government that compel Taiwanese employers to shoulder costs incurred by certain categories of migrant workers before they leave to work abroad.

The disagreement stems from a letter sent by the Indonesian representative office in Taipei to the ministry on Oct. 28.

This notified Taiwanese employers that they will be required to pay 11 different fees for various categories of Indonesian migrant workers before they leave Indonesia to work in Taiwan, said Minister of Labor Hsu Ming-chun (許銘春) before a meeting at the Legislative Yuan.

The Indonesian government has said the new provisions will come into effect on Jan. 1, 2021, Hsu said.

The dispute relates to a long-existing complaint from migrant workers and groups that advocate for their rights -- that Taiwan's employers currently do not pay any of the pre-employment costs incurred by migrant workers. The system currently allows brokers to collect fees from vulnerable overseas laborers, who cannot afford to pay them and often go into debt to come and work in Taiwan.

The 11 items employers will have to pay include airline tickets, passport/visa fees, and costs incurred by overseas manpower agencies, according to the Indonesian government.

The categories of Indonesian migrant workers identified as vulnerable and for who employers will be required to cover pre-departure costs include caregivers, domestic workers and fishing boat crew members, according to Indonesia.

However, the letter did not contain detailed information or clearly state how much extra employers will need to pay when the new terms come into force, Hsu said.

In response, the MOL will continue to seek further clarification on the issue, while also reminding the Indonesian government that in accordance with previous bilateral agreements, any changes to prior agreements need to be discussed by both countries.

"If the Indonesian government implements the measures after only a unilateral notification, the Ministry of Labor will not accept it," Hsu said.

The issue has also angered several employers in Taiwan, with the Taiwan International Worker-Employment Relations Harmony Development Association holding a rally outside the Indonesian Economic and Trade Office (IETO) in Taipei last month.

The association, made up of many disabled people or family members of those who need care, said that they fear the cost of hiring caregivers will skyrocket if the new costs are introduced and they will not be able to afford to hire migrant caregivers.

In a protest outside IETO, the protesters brandished banners and signs that read "Say NO to Indonesian Migrant Workers," and chanted slogans for the Indonesian government to get out of Taiwan.

The move was to protest the demands made of Taiwanese employers by the Indonesian government, said Chen Shan-hsiu (陳善修), one of the demonstrators.

When asked by reporters who will fill the labor gap if Taiwan decides to stop importing Indonesian workers, Chen said Taiwan can turn to other Asian countries such as Nepal.

However, Lennon Ying-dah Wong (汪英達), director of a service center and shelter for migrant workers under the Serve the People Association in Taoyuan, said it would be extremely difficult to replace more than 265,000 workers from Indonesia with people from other countries in such a short period of time.

He also urged Taiwanese employers to try and understand the plight of migrant workers and the reason why many go into debt because of large and exorbitant broker fees.

Adding fuel to the fire, signs and slogans displayed by the protesters have already angered many in the Indonesian migrant community with several leaders calling for caregivers and domestic workers to do only work detailed in their job contracts and refuse all extra work.

The movement is currently trending across social media platforms calling for workers to change their display photo to an image of a Taiwanese woman breaking down in tears with the slogan "Say no to work outside the job."

The movement is designed to draw attention to the fact that many Indonesian workers are angry that they often do extra work such as cleaning houses, offices and cars when they are only employed as a caregiver for a single patient, said Fajar, an Indonesian community leader affiliated with the Hsinchu Migrant-Immigrant Service Center and Taiwan International Workers Association.

There were 265,553 Indonesian migrant workers in Taiwan at the end of September, with 194,254 employed in social welfare, such as caregivers and domestic workers.