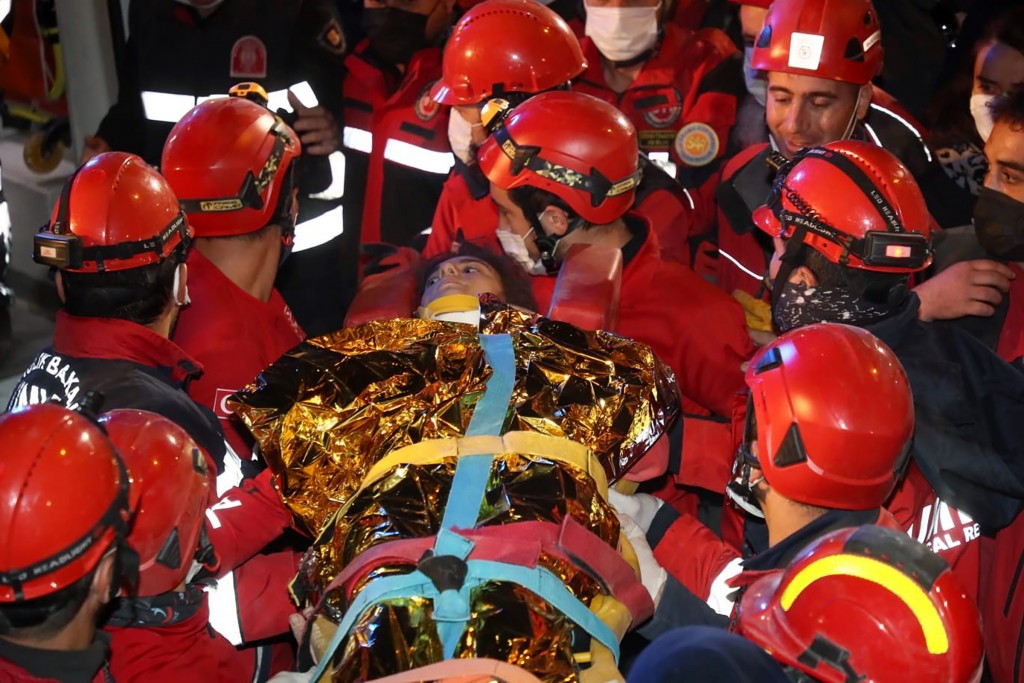 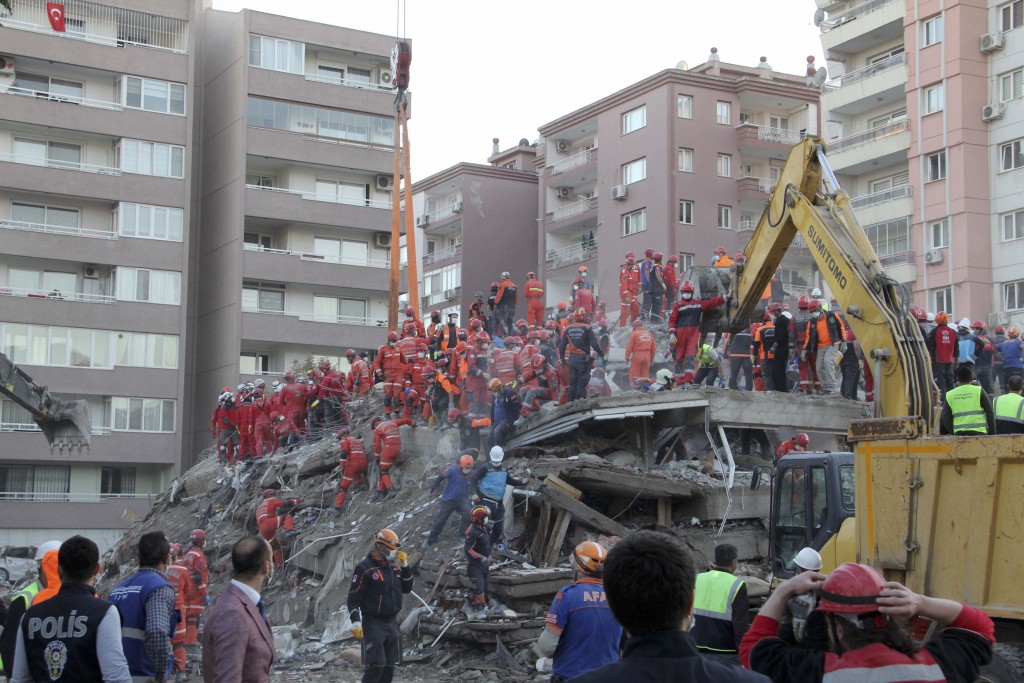 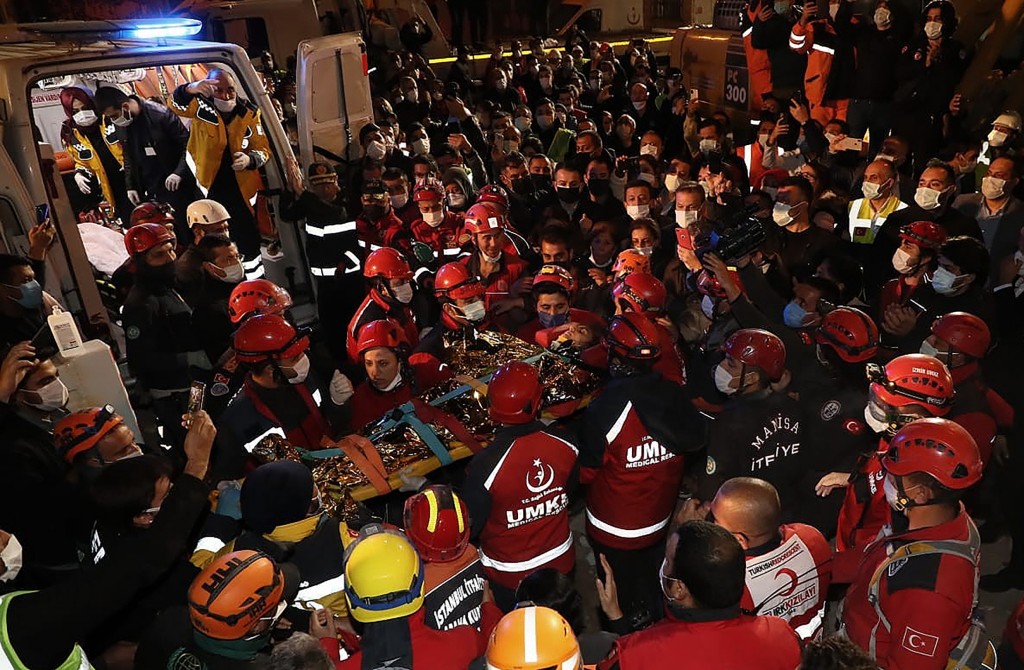 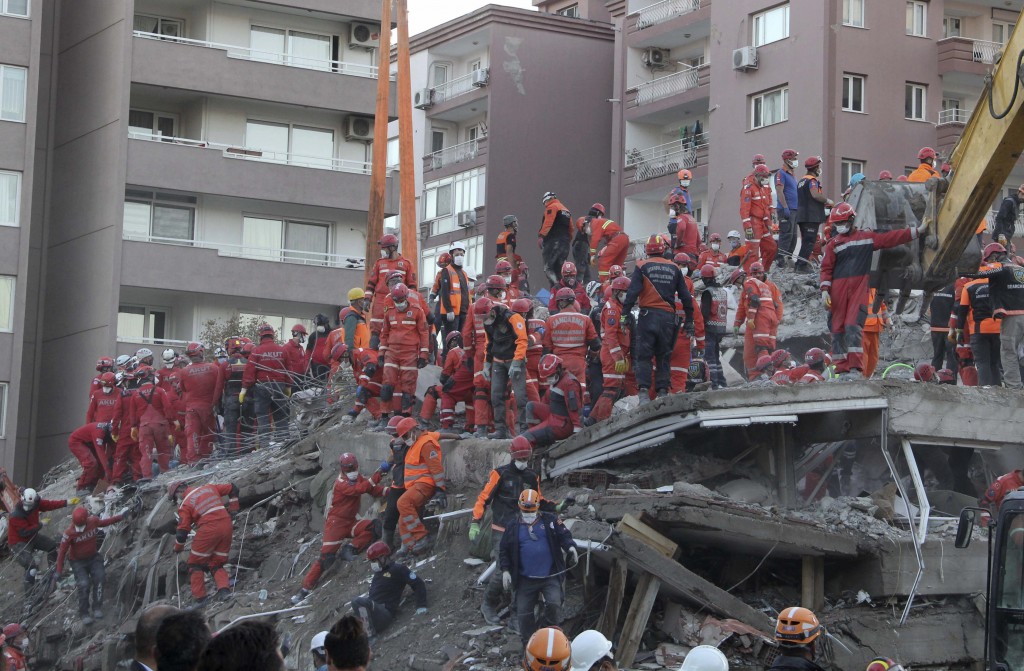 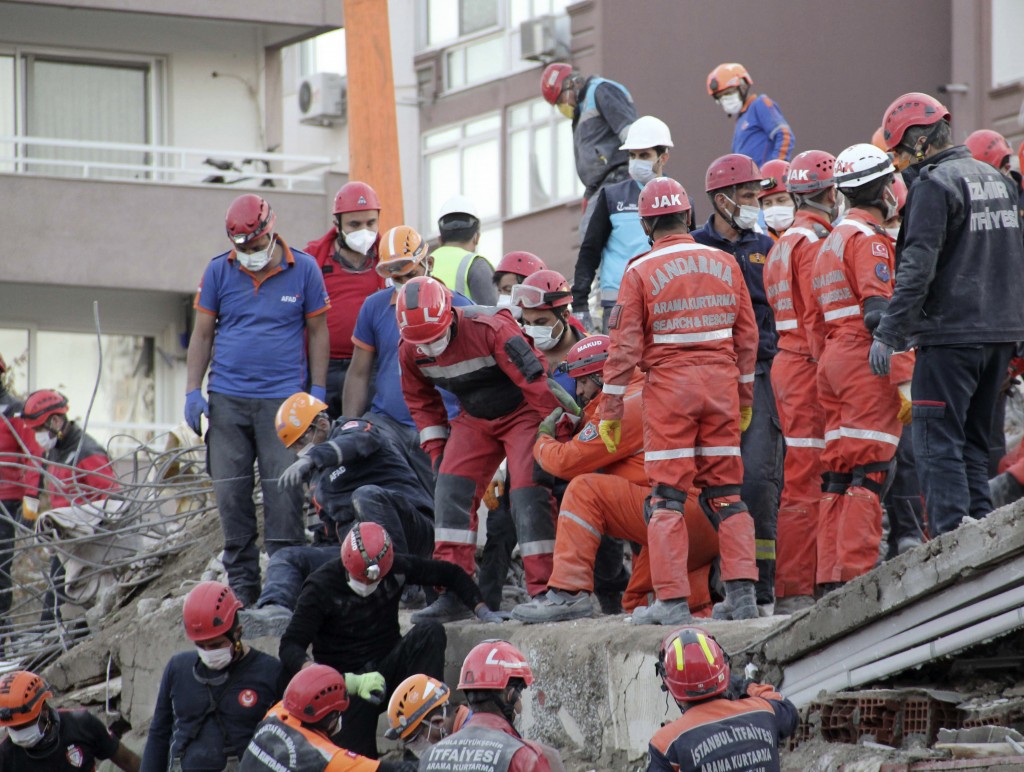 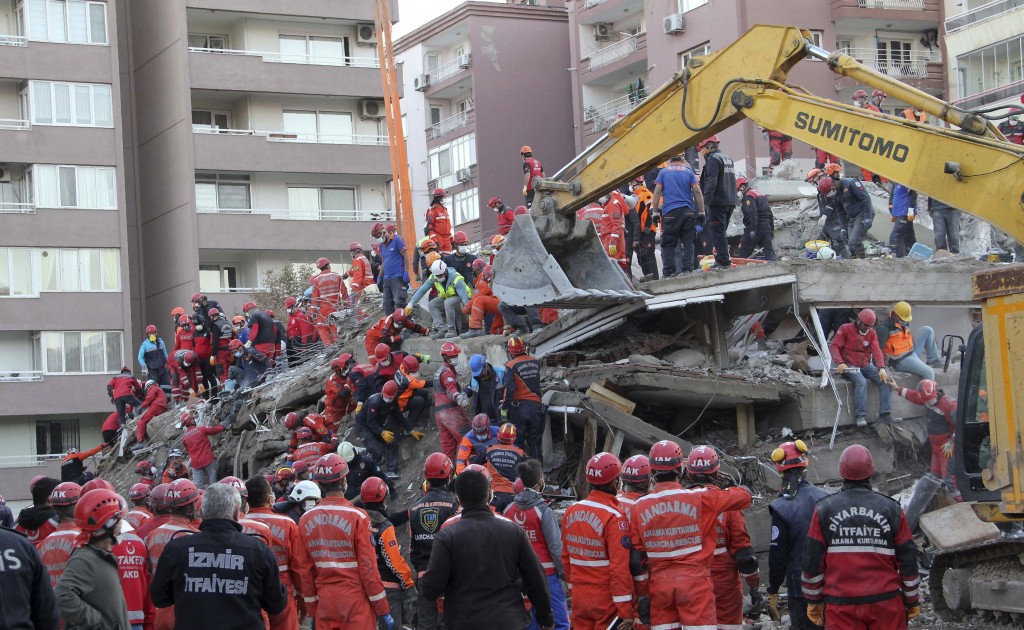 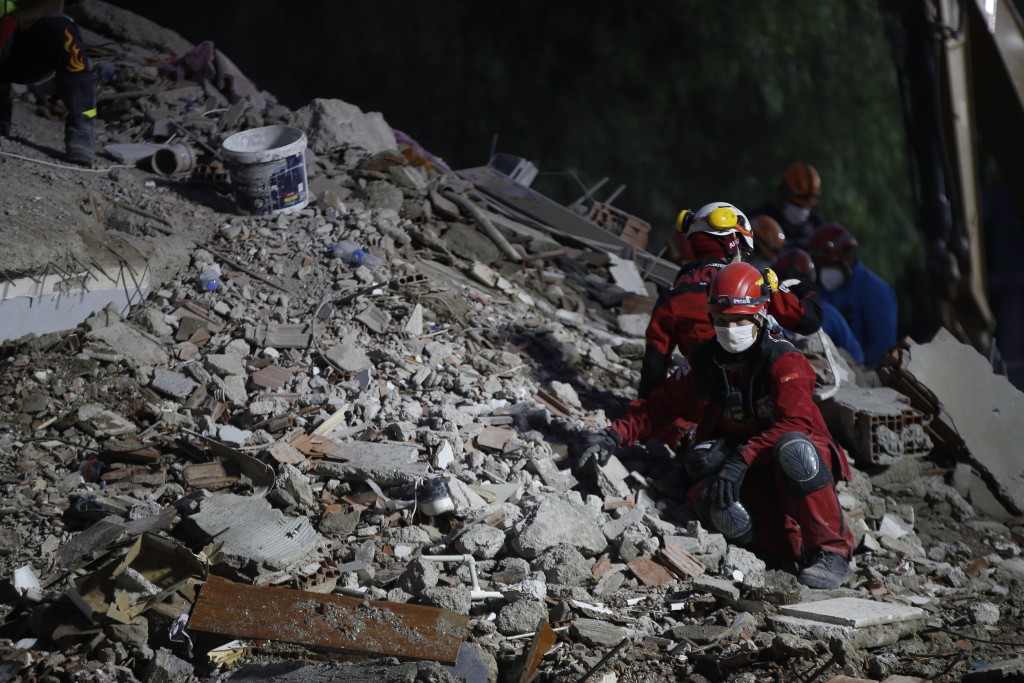 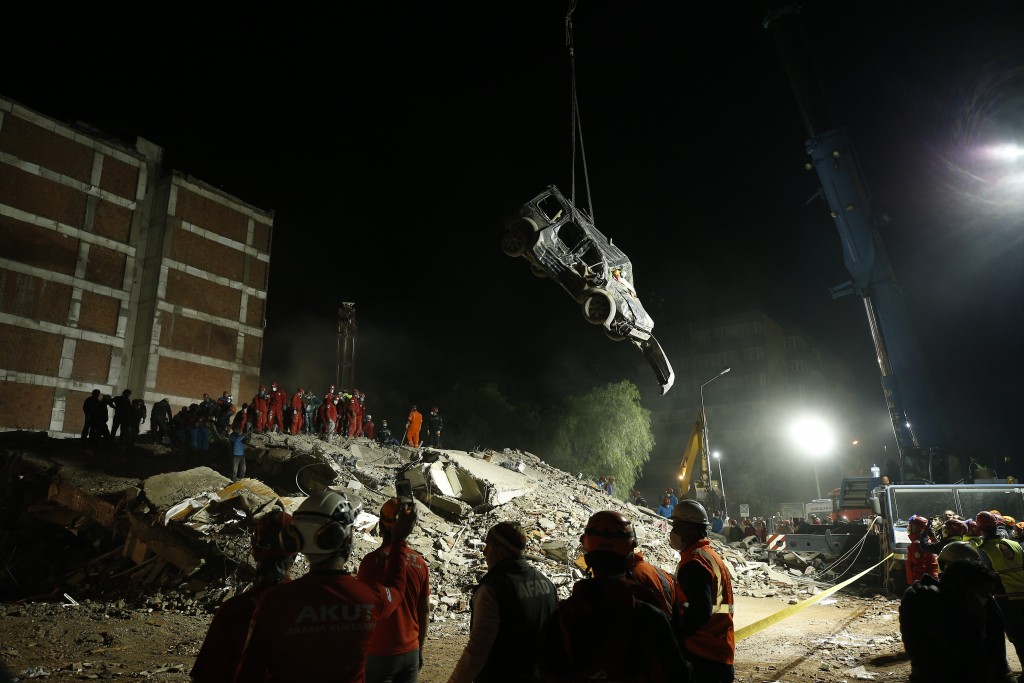 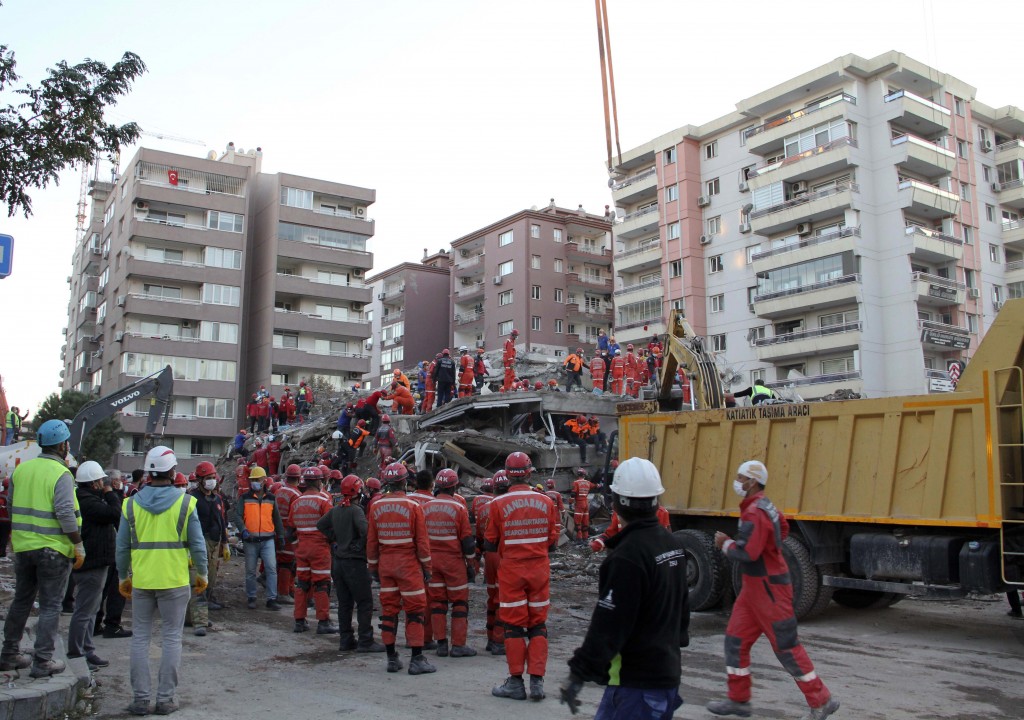 IZMIR, Turkey (AP) — Rescue teams on Monday brought out two girls alive from the wreck of their collapsed apartment buildings in the Turkish coastal city of Izmir, three days after a strong earthquake centered in the Aegean Sea hit Turkey and Greece.

More than a thousand people were injured in the quake, which was centered in the Aegean Sea, northeast of the Greek island of Samos. It killed two teenagers on Samos and injured at least 19 other people on the island.

Rescue workers clapped in unison as 14-year-old Idil Sirin was removed from the rubble, after being trapped for some 58 hours. Her 8-year-old sister, Ipek, did not survive, NTV television reported.

Seven hours later, rescuers extricated 3-year-old Elif Perincek, whose mother and two sisters had been rescued two days earlier, from another toppled building. The child spent 65 hours in the wreckage of her apartment and became the 106th person to be rescued alive, the state-run Anadolu Agency reported.

Onlookers applauded as ambulances carrying the girls rushed to hospitals immediately after their rescue.

There was some debate over the magnitude of the earthquake. The U.S. Geological Survey rated it 7.0, while Istanbul’s Kandilli Institute put it at 6.9 and Turkey's emergency management agency said it measured 6.6.

The quake triggered a small tsunami that hit Samos and the Seferihisar district of Izmir, drowning one elderly woman. The tremors were felt across western Turkey, including in Istanbul as well as in the Greek capital of Athens. Hundreds of aftershocks followed.

Turkey has a mix of older buildings and cheap or illegal construction, which can lead to serious damage and deaths when earthquakes hit. Regulations have been tightened in light of earthquakes to strengthen or demolish buildings and urban renewal is underway in Turkish cities, but it is not happening fast enough.

Turkey sits on top of fault lines and is prone to earthquakes. In 1999, two powerful quakes killed some 18,000 people in northwestern Turkey. Earthquakes are frequent in Greece as well.