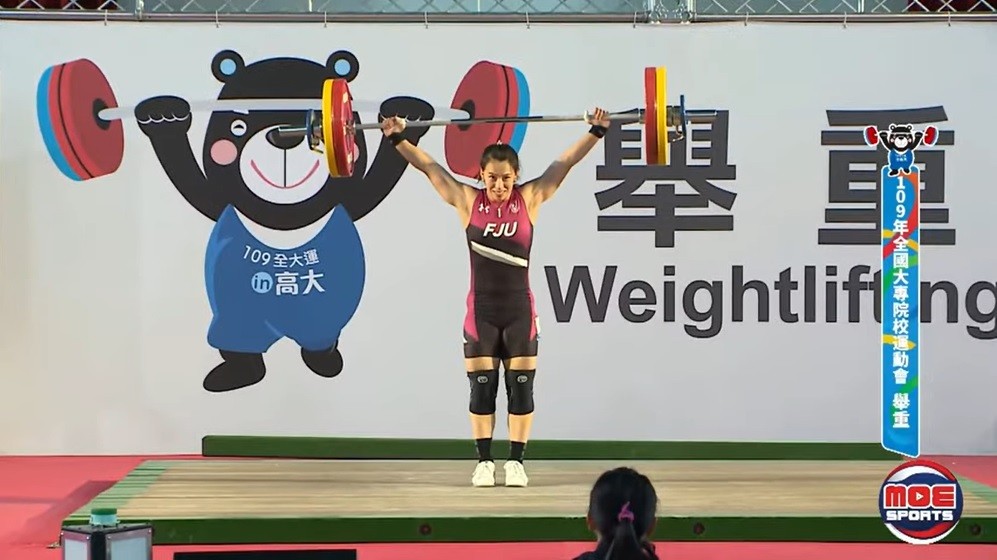 Taiwanese weightlifter and Olympian bronze medalist Kuo Hsing-chun (郭婞淳) on Sunday set new national records for both the snatch lift and the clean and jerk lift in the women's 71-kilogram class with lifts of a combined 243 kg at the National Intercollegiate Athletic Games (NIAG) in Kaohsiung.

Sunday's record-breaking performance also made Kuo the only Taiwanese athlete to have won gold medals in the NIAG's three different classes in women's weightlifting.

The Taitung native won a bronze medal at the 2016 Olympics in Rio de Janeiro. She also holds the world records for the clean and jerk, and the snatch and clean and jerk lifts combined in the women's 59 kg class.

She currently ranks world No.1 in the women's 59 kg class and is widely considered to be a medal hopeful at next year's Tokyo Olympics.