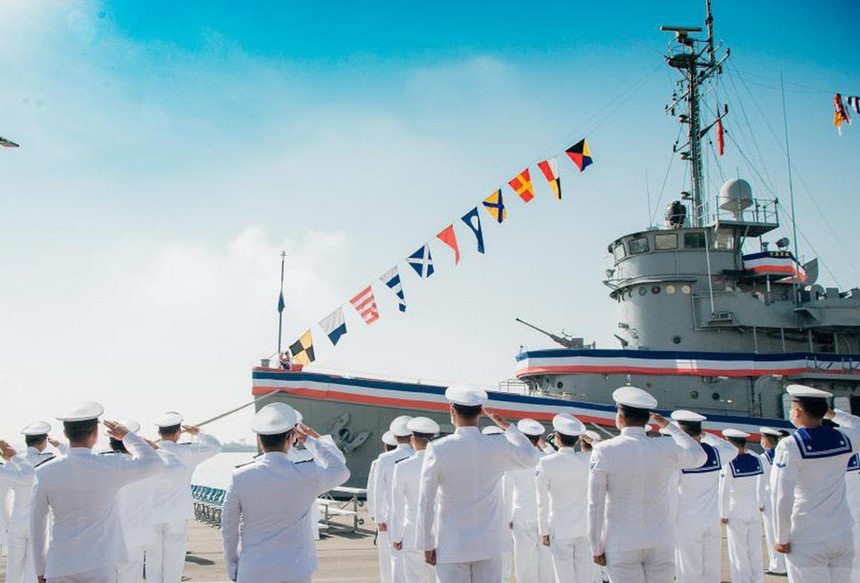 TAIPEI (Taiwan News) — The Taiwanese Navy held a decommissioning ceremony on Sunday (Nov. 1) for the Dahan (大漢), a tugboat that has conducted many search-and-rescue missions.

The decommissioning ceremony was held at the Hsin Pin naval base Sunday morning (Oct. 31) and was overseen by Vice Admiral Kao Chia-pin (高嘉濱). In a speech, Kao thanked the sailors who had served on the ship, the Military News Agency reported.

Kao also pointed out that the Dahan, which participated in WWII, the Korean War, and the Vietnam War, was involved in the rescue of many sailors, including from a Panamanian merchant ship and a Greek freighter.

In a nod to American General Douglas MacArthur’s famous address, former Rear Admiral Kan Ke-chiang (甘克強) remarked, "Old soldiers never die, they just fade away." Kan, who was the first captain of the tugboat, expressed his reluctance to see the ship retire but reflected on its decades of service since the 1940s.

Kao stated that he expects sailors to be committed to the "fine traditions" of the Navy, uphold a fighting spirit, and shoulder the responsibility of safeguarding security in the Taiwan Strait.

Navy personnel said their final goodbyes to the aged ship as they painted over its hull number, according to Youth Daily News.

The Dahan, formerly known as the USS Tawakoni, was built by the Alameda United Machinery Company in California. It was launched on Oct. 28, 1943, and entered military service on Sept. 15 the following year. On June 1, 1967, the Tawakoni was retired from the U.S. Navy and sold to Taiwan.