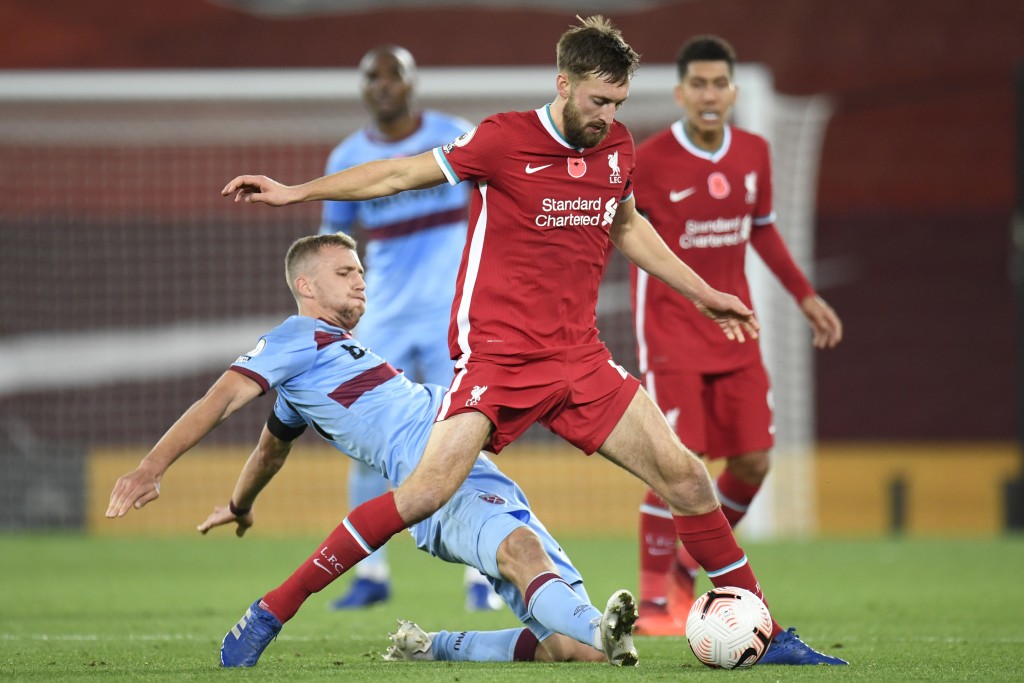 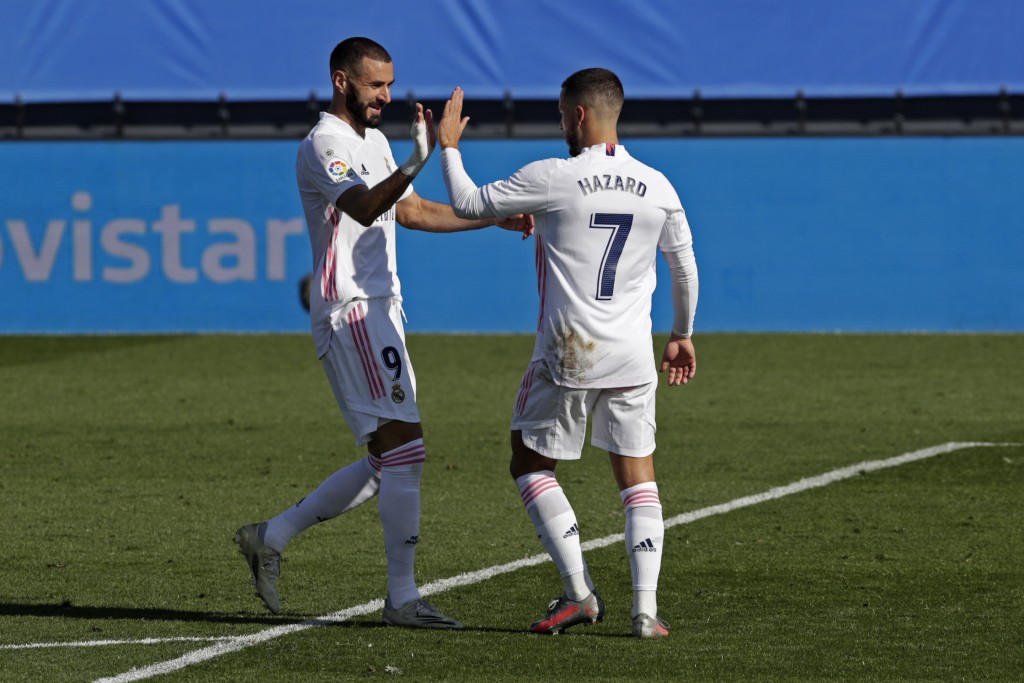 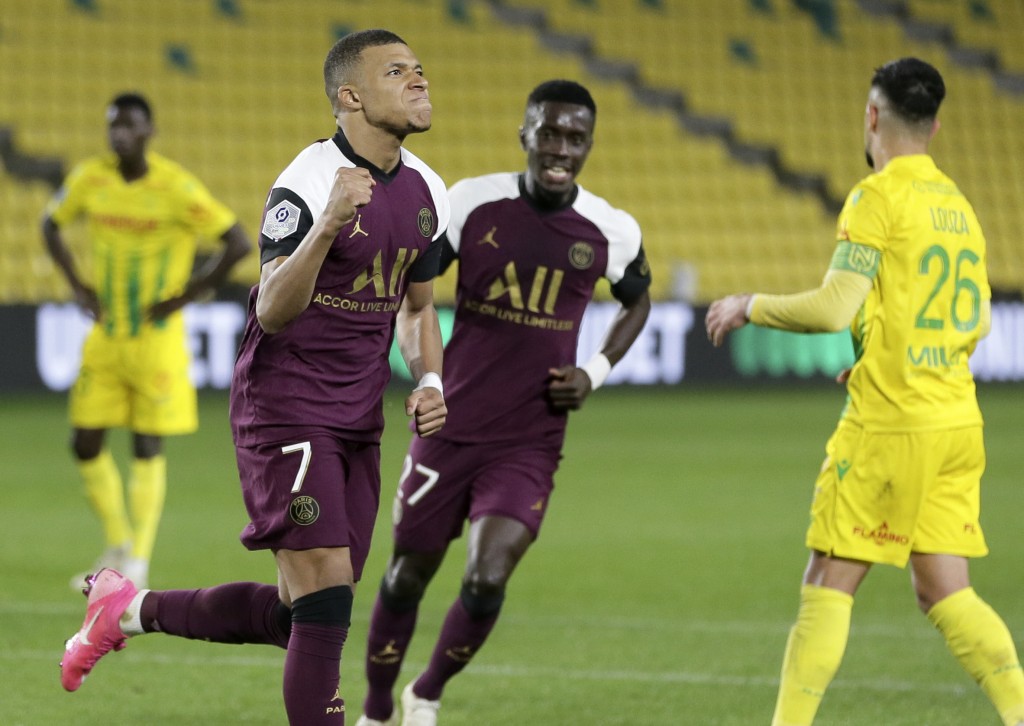 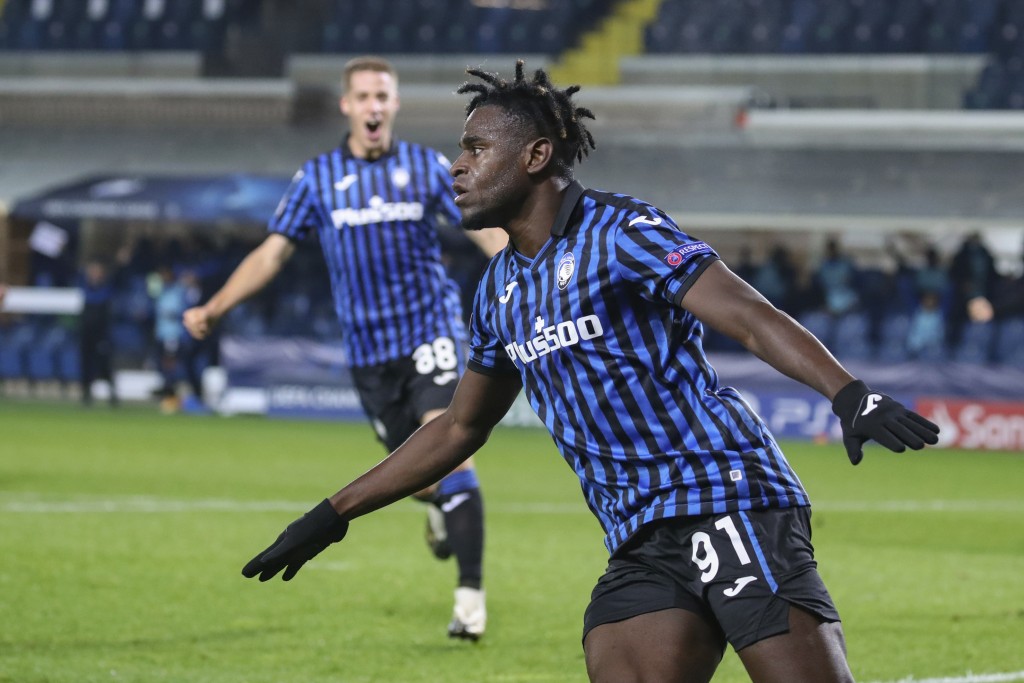 Some talking points ahead of the second round of games in the Champions League:

A late cameo allowed 19-year-old Rhys Williams to make his Champions League debut for Liverpool in last week’s win at Ajax. Now the injury problems in defense could also present the 23-year-old Nat Phillips the chance to appear in the elite continental competition for the first time when the six-time European champions play at Atalanta in Group D on Tuesday. The center back, who spent last season on loan at Stuttgart, made only his second appearance for Liverpool in Saturday’s 2-1 victory over West Ham. And he was named player of the match on his Premier League debut, ably deputizing for the sidelined trio of Virgil Van Dijk, Fabinho and Joel Matip. “He kept it really simple and that was important for us,” Liverpool manager Jürgen Klopp said. “In the challenges he was there, really aggressive but with no fouls.” There is, however, a welcome selection quandary for Klopp up front after summer signing Diogo Jota scored for a third consecutive game on Saturday -- after coming off the bench -- and the Portuguese forward now challenging Roberto Firmino for a regular starting spot.

There was one thing missing from Atalanta’s dream run to last season’s quarterfinals -- home games. While its Gewiss Stadium was being renovated, Atalanta played its Champions League home matches at Milan’s San Siro stadium. This season, UEFA gave late clearance for Atalanta to use its Bergamo stadium even though the renovations are not completely finished. Having already come back from two goals down for a 2-2 draw with Ajax last week in its first game at Gewiss, Atalanta now hosts Premier League champion Liverpool. “It's an incredible opportunity for us,” coach Gian Piero Gasperini said. “We’re playing in the Champions League, in our stadium, against Liverpool. That alone should put us in condition to play a great game, just like we were able to do against Ajax.” Because of the coronavirus, one aspect is still missing: no fans will be allowed in for the game.

Barely two months after Paris Saint-Germain beat Leipzig 3-0 in the Champions League semifinals, the clubs meet again in the group stage. This game could decide which of the two joins Group H leader Manchester United in the knockout stages. United beat PSG 2-1 and trounced Leipzig 5-0 last week. Since its loss to United, PSG has won all three of its following games without conceding a goal. Leipzig followed its loss to the English club with another defeat Saturday, 1-0 to Borussia Mönchengladbach, when former Leipzig player Hannes Wolf scored the only goal. Leipzig coach Julian Nagelsmann said his team had been worn down by injuries and tiredness in a packed playing schedule.

The successful return of Eden Hazard has helped boost the hopes of Real Madrid in the Champions League. Hazard scored a goal in his first start of the season in the Spanish league on Saturday and is expected to be back in the starting line up when Madrid hosts Inter Milan bidding for its first win in Group B of the Champions League. Hazard was still out because of a muscle injury when Madrid opened with a 3-2 home loss to Shakhtar Donetsk, and he came off the bench in the second half when the 13-time European champions needed a late goal to draw 2-2 at Borussia Mönchengladbach. Madrid is last in the group with one point, just behind Inter, which drew with Borussia at home and with Shakhtar away. Madrid coach Zinedine Zidane may not be able to count on forward Lucas Vázquez because of a muscle injury.