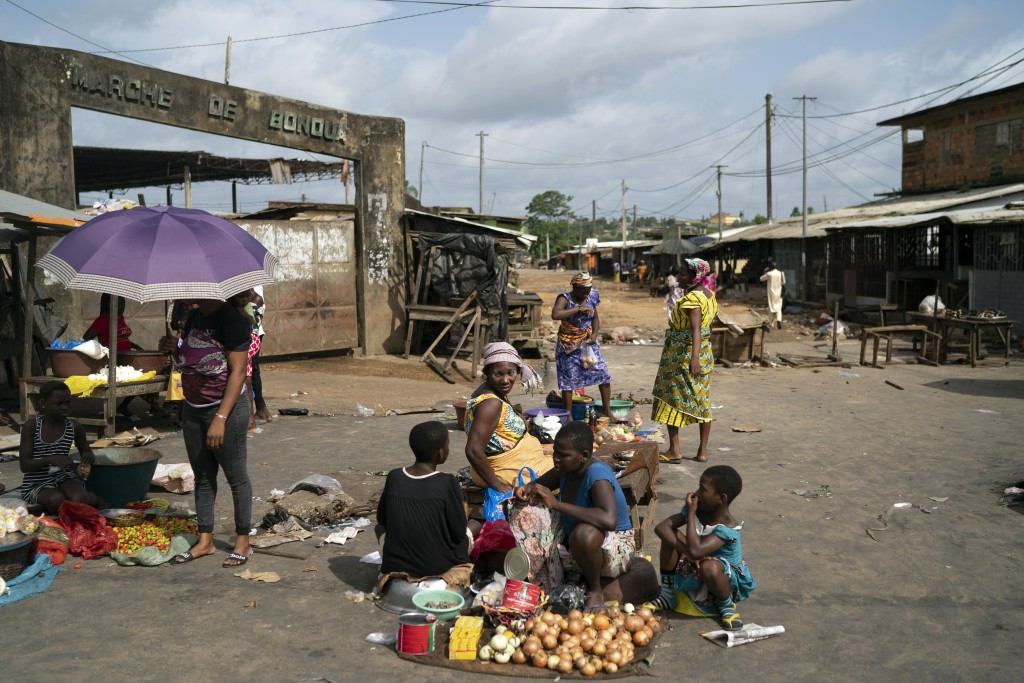 In the Abobo neighborhood of Abidjan, voters lined up to cast ballots peacefully despite opposition threats to block polling stations from opening.

“All Ivorians who want peace should vote today,” said Mamery Doumbia, standing outside the Abobo Sagbe voting center. “My greatest wish is that the country finds peace again following the election because I am afraid for what will happen after the vote.”

More than 20 people have died amid clashes ahead of the vote in the West African nation, prompting the United Nations and human rights groups to call for calm. The election is taking place a decade after a post-electoral crisis left more than 3,000 people dead.

“Ivory Coast’s recent history underscores the need for the authorities to do their utmost to ensure that the presidential elections do not presage a return to widespread intercommunal and political violence," said Ida Sawyer, deputy Africa director at Human Rights Watch.

The 2010 presidential election brought months of violence after then-President Laurent Gbagbo refused to concede defeat to Ouattara. Ouattara ultimately prevailed, and Gbagbo was later acquitted of crimes against humanity at the International Criminal Court, but many fear that anger over the president’s bid for a third term could reignite old rivalries.

The top two opposition candidates, Pascal Affi N’Guessan and Henri Konan Bedie, have pulled out of the race in a boycott. They remain on the ballot but have urged their supporters to stay home or carry out acts of peaceful civil disobedience.

Ouattara will face just one other candidate, Konan Bertin Kouadio, who broke away from his longtime party earlier this year to run as an independent when it chose Bedie instead as its standard bearer. Kouadio received less than 4% of the vote in the 2015 election.

The president, who has broad international support and was re-elected five years ago with nearly 84% of the vote, initially said he would not seek a third term. He backtracked, though, after his chosen successor died from a heart problem in July.

Ouattara’s opponents tried unsuccessfully to have his candidacy thrown out, citing constitutional term limits. The president maintains the two-term limit does not apply to him because a new constitution was approved in a 2016 referendum.

Critics say Ouattara has essentially shaped the race to his favor, stacking the electoral bodies with his supporters to ensure any legal appeals fail. Forty of the 44 people who applied to run had their candidacy rejected, including two prominent politicians in exile.