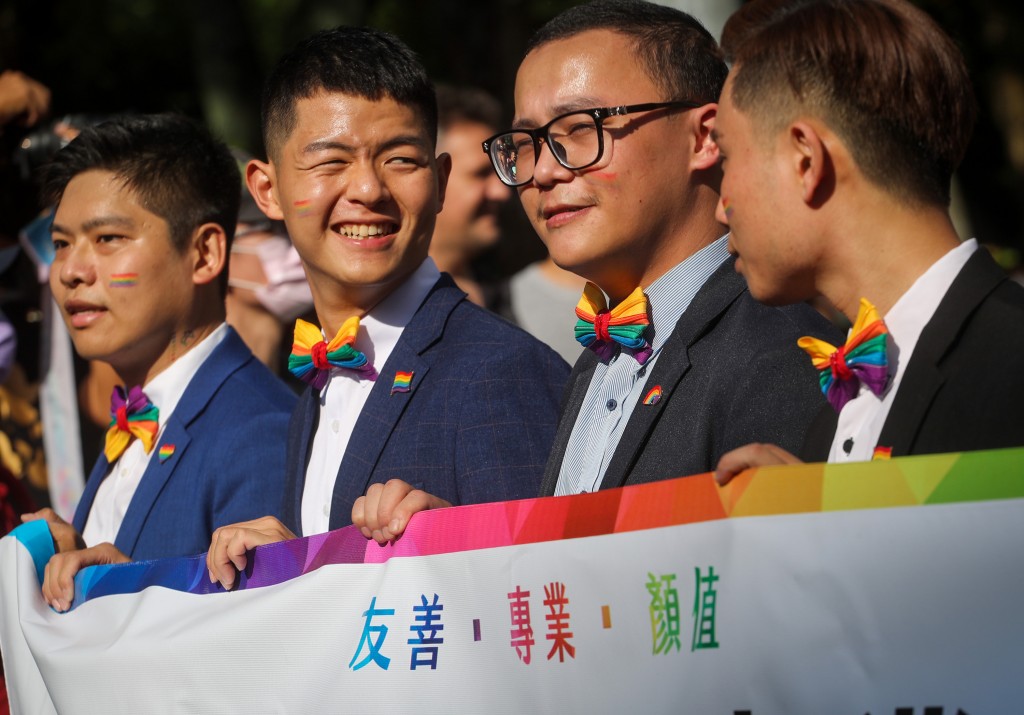 Last year’s event drew a record 200,000 participants, but organizers knew it would be difficult to top that figure because of travel restrictions imposed to prevent the spread of infections. Still, more than 130,000 people set off along two routes through Taipei Saturday afternoon, with colorful rainbow flags under a sunny sky setting the tone for the 18th edition of the celebratory event, which bore the moniker, “Beauty, My Own Way.”

Even though Taiwan last year became the first country in Asia to legalize same-sex marriage, activists said there was still work to do. Gay marriages between a local person and a foreigner from a country where same-sex marriages have not been legalized are still not possible. Also, LGBT activists complained about hostile or ignorant attitudes still prevailing in some sectors of society.

In a tweet, the Ministry of Foreign Affairs (MOFA) said it was “chuffed” by the heavy turnout. “A big pat on the back to Taiwan diplomatic corps participants for joining the jamboree of joy with gusto,” MOFA concluded.

For the first time, members of the Kuomintang (KMT) formed a group to march in the parade. Most of the opposition party’s lawmakers voted against the legalization of same-sex marriage last year.