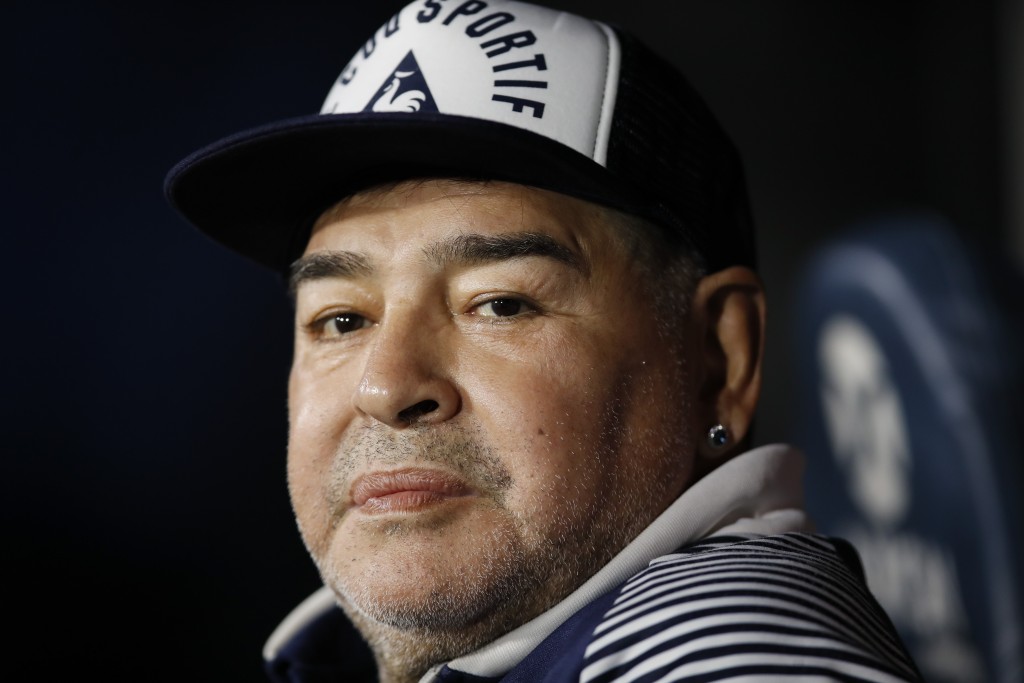 BUENOS AIRES (AP) — Cheeky as ever, Diego Maradona’s wish for his 60th birthday is to score another goal against England — this time with his right hand.

The Argentine great’s most famous — and most infamous — goal went into the net off his left fist in the 1986 World Cup quarterfinals. It has become known as the “Hand of God.”

“I dream to score another goal against the English, this time with the right hand,” Maradona said in an interview with France Football magazine published this week.

Maradona, who has been isolating at home in recent days after coming into contact with a person who showed systems of the coronavirus, turned 60 on Friday.

He scored that notorious goal against England when he was 26, leaping just ahead of goalkeeper Peter Shilton and punching the ball into the net. In the same game, Maradona dribbled through half the England team and scored again — a goal considered to be among the greatest of all time.

Argentina won that game 2-1 and went on to win the World Cup as well. The team returned to the final four years later in Italy but lost to West Germany in the final.

Maradona has continued to cause controversy since his heyday as a player, getting sent home from the 1994 World Cup in the United States for doping and later dropping in and out of the game as a coach.

His first major coaching job was with Argentina’s national team. His squad reached the quarterfinals at the 2010 World Cup in South Africa but then lost to Germany 4-0. He has also had spells in Mexico and in the Middle East.

In 2000, FIFA split the award of best player of the 20th century between Maradona and Pelé. Maradona won an online vote while the Brazil great was chosen by FIFA members.

Maradona was hospitalized with cardiac problems that same year, and again four years later. He says he hasn’t used drugs in more than a decade, but his personal doctor recently said Maradona still struggles with alcohol.

In celebration of the Argentine great’s birthday, the Red Cross said it will auction 10 Maradona shirts for charity.