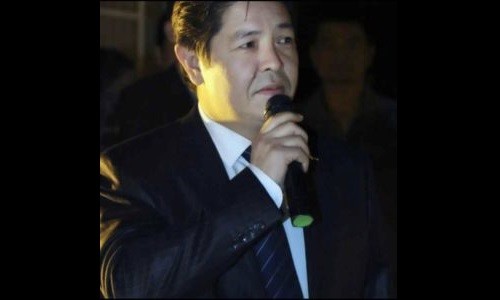 Millions of civil servants, writers and teachers were fired. Elites and artists were attacked, many intellectuals were labeled "counter-revolutionaries," beaten or killed; others were sent to corrective labor camps.

The above is a depiction of what happened in the "Great Proletarian Cultural Revolution" of 1966 initiated by Mao Zedong (毛泽东), one of the worst dictators of recent history. The nations that were occupied — such as East Turkistan, Tibet, and Southern Mongolia — suffered the greatest damage from the Cultural Revolution.

The devotion of these regions to their own languages, religions, and traditions was deliberately destroyed by the Cultural Revolution. The persecution of what were then the "Red Guards" continues today with the use of paramilitary forces and police in their genocide against Uighurs.

Knowing that the way to destroy a nation is to destroy its intellectuals first, the Chinese Communist Party (CCP) is replicating the tyranny of 50 years ago. The recent sentencing of Hursan Hassan to 15 years in prison by the CCP is another example of its brutal persecutions.

Hassan, who is 50 years old, has had an accomplished career as a voice actor and short film director. He has his own production company and there is nothing in his life that justifies such a harsh sentence.

He was even recognized by the China Film Association and China Federation of Literary and Art Circles in October 2018, just two months prior to his abduction. In spite of his law-abiding personal life and respectable professional career, he was detained in December 2018.

Known for his great talent and sense of humor, his family was horrified to learn that just a few days after his wrongful arrest he had emergency room treatment — despite being entirely healthy before his detention.

Hassan is one of the leading intellectuals in the Uighur community. He has a university education in languages and was even applauded by the CCP at times.

The "reeducation camps" for Uighurs are inspired by the example of the Nazis in Germany during World War II. Uighurs are targeted for the sole reason that they are not "Chinese."

In 2018, having a Muslim Uighur identity automatically resulted in being sent to camps for reeducation. After being forced to stay in various camps for 20 months, Hassan was accused of a crime concocted by the CCP and sentenced to 15 years in prison on the charge of "separatism."

Hassan's relatives in America learned from family members in East Turkistan that he had been abducted. His sister, Sayyare Hassan attributes her brother's abduction to him being a Uighur personality.

She did not hear from her brother for almost 20 months, only getting news about him on Sept. 4, 2020.

“I grew up with my brother and we were very interconnected. He was one of the most beautiful and kindest people you have ever seen," she said.

"Therefore, he had many friends around him. Everyone loved him and he was greatly respected. If I could talk to him again today, I would give everything I have.”

Sayyare Hassan adds that East Turkestan's people are experiencing a humanitarian crisis. “The world needs to support us, to help the Uighur people regain our most basic human rights”.

Campaign For Uyghurs ( CFU) joined the fight to free Hursan Hassan after his sister made a video calling for the intervention of the International community. She said: “This case is another example of the CCP establishing so-called vocational training centers and wrongfully imprisoning Uighur elites.

"Hursan Hassan is a well-educated, respected, intelligent, successful person who has never needed such training. This is another example of the regime’s systematic denunciation and destruction of innocent Uighur people."

CFU said: “As the Campaign for Uyghurs, we are with Hursan Hassan's family. We want him to be released as soon as possible, without any conditions."

The group said the CCP should be held accountable for all its barbaric and evil deeds by the nations of the world.

Rushan Abbas is Executive Director of Campaign for Uyghurs, a non-profit organization that advocates for the human rights and democratic freedoms of Uighurs and other Turkic peoples. She started her activism as a student, participating in pro-democracy demonstrations at Xinjiang University in 1985 and 1988 and continues to brief U.S. lawmakers on the human rights situation in her native region. She regularly appears in the media to advocate for the Uighur cause and gives public speeches at universities and think tanks. She resides in Herndon, Virginia, U.S.