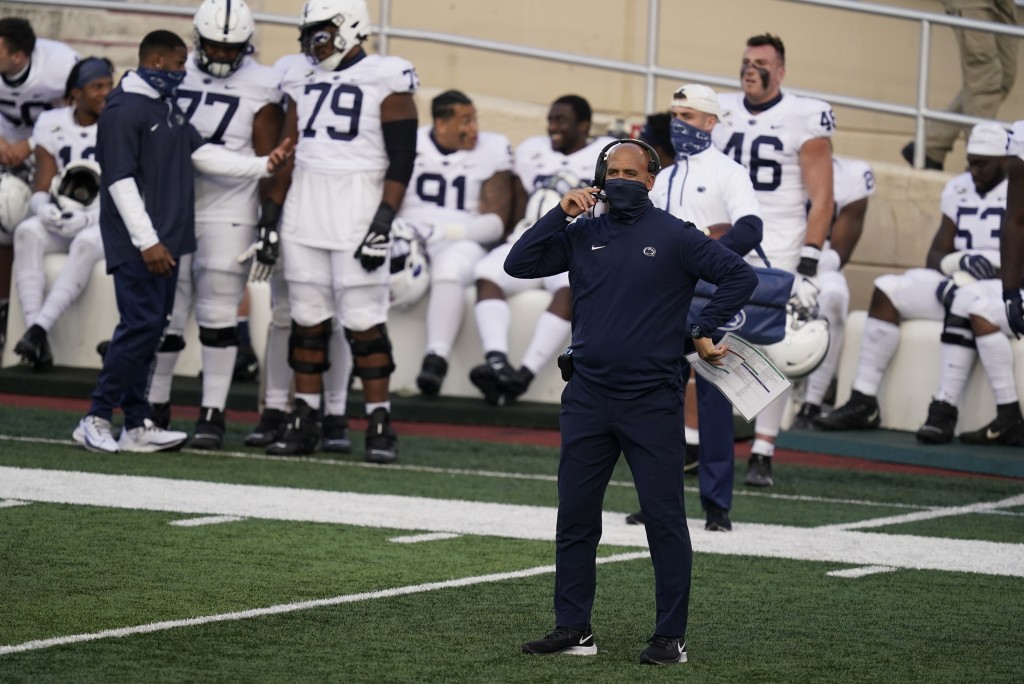 It’s an attribute that could make it even tougher for the 18th-ranked Nittany Lions to contain one of the country’s most mobile and accurate quarterbacks on Saturday when Fields and the third-ranked Buckeyes visit Beaver Stadium.

“He’s not going down on first contact,” Shelton said. “He’s definitely grown as a player in that regard.”

The way Shelton sees it, pocket pressure and quarterback hurries aren’t going to be good enough.

It’s a widely shared message inside Penn State’s defensive line room this week. If Fields can move around freely, he’s likely to find an open receiver. If he’s forced to the perimeter, the Nittany Lions will need a defender with impeccable technique to take him down.

Fields did so consistently in the Buckeyes’ 52-17 season-opening win last week over Nebraska where he turned in the most accurate performance by an Ohio State quarterback in program history with at least 11 attempts. Fields completed 20 of 21 passes for 276 yards with two touchdowns. While most of his work was done from his wide stance, in the pocket, Fields also threw well on designed rollouts and maintained his accuracy when forced to scramble.

Both abilities have become hallmarks for him. Fields completed 67% of his passes a year ago — including a 16-for-22 clip against Penn State — with 41 touchdowns and 3 interceptions.

“He’s one of the best I’ve seen do it in a while,” Penn State defensive line coach John Scott Jr. said.

One key to Fields’ success as a passer? He takes his time when he knows he has it and isn’t spooked by collapsing pocket space.

But it definitely matters to a defense looking to get off the field. Penn State found this out last year when Fields turned in one of the better rushing games of his career, running for 68 yards on a career-high 21 carries. Of those attempts, two came on third-and-long situations where Fields scrambled for 14 and 17 yards to keep the drives going in a 28-17 victory.

He also scampered for 22 yards on a fourth-and-5 in the first half to spark another scoring drive and further demoralize the defense.

“When you’re close to making a play, you have to make it,” Shelton said. “You’ve got to get him on the ground.”

The Nittany Lions, who lost their season opener last week by one point in overtime to Big Ten foe Indiana, think they have the pieces to do it. As one of only two teams with 40 or more sacks each of the last five seasons, Penn State’s defensive linemen pride themselves on playing hard late into games.

They’re not going to forget that they helped give Penn State’s offense a chance to win with a few kneel downs last week after Shaka Toney flew around Indiana’s left flank for back-to-back sacks and hurried an incompletion on the next play.

“We’ve just got to keep on applying the same pressure that we did in that second half of the game,” Oweh said. “We were just flying around.”