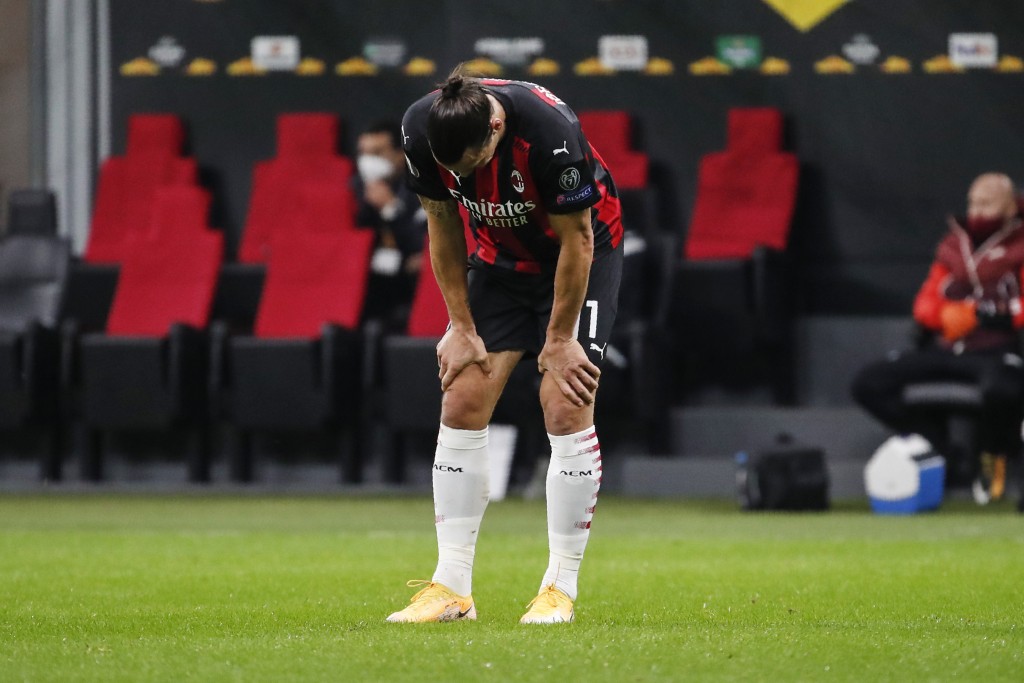 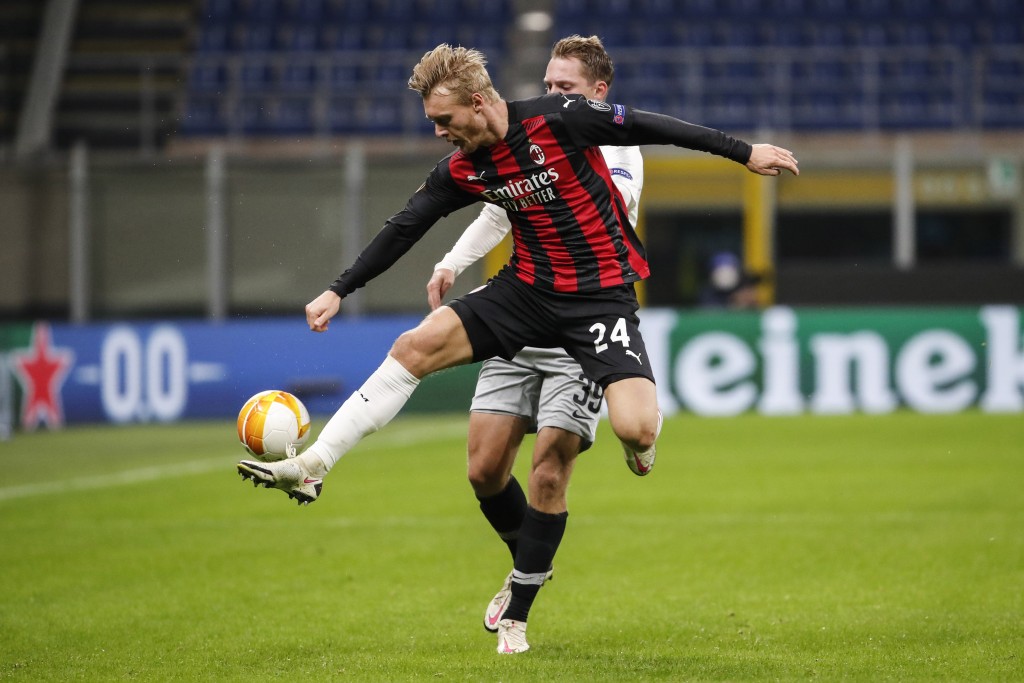 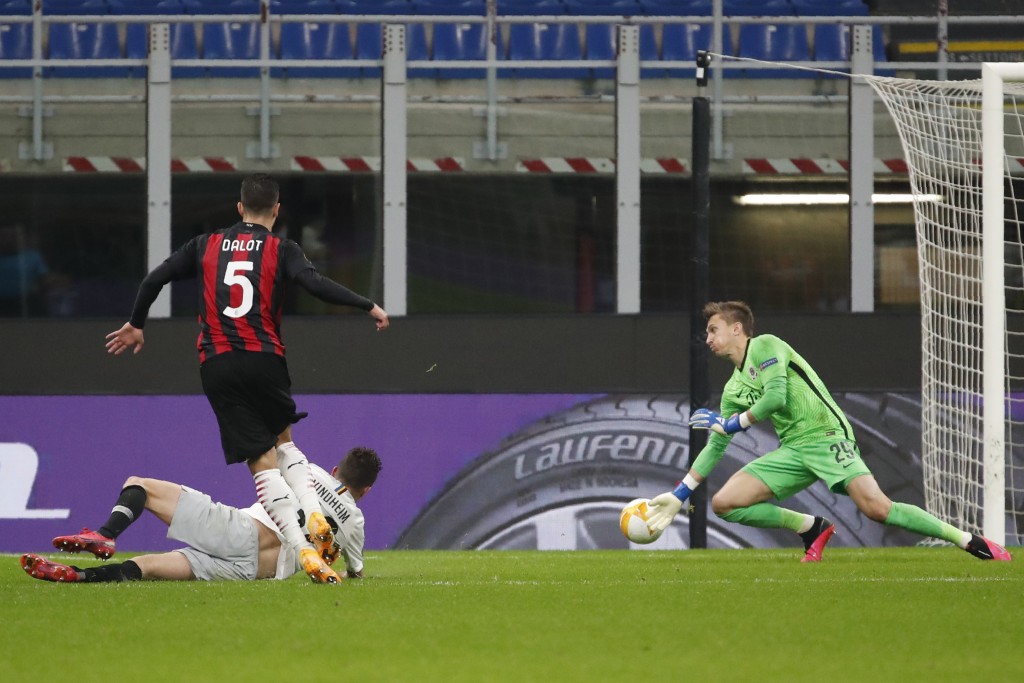 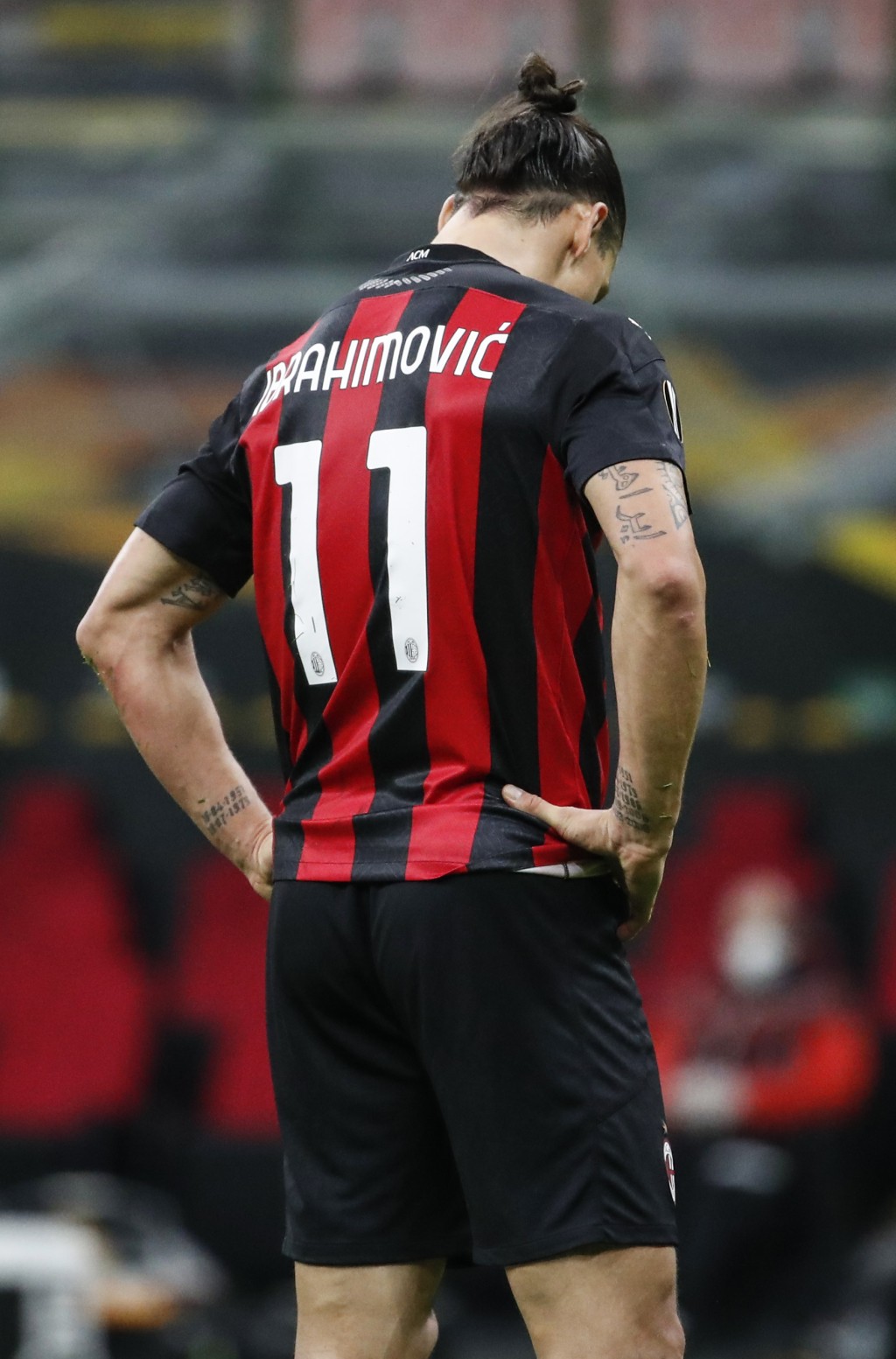 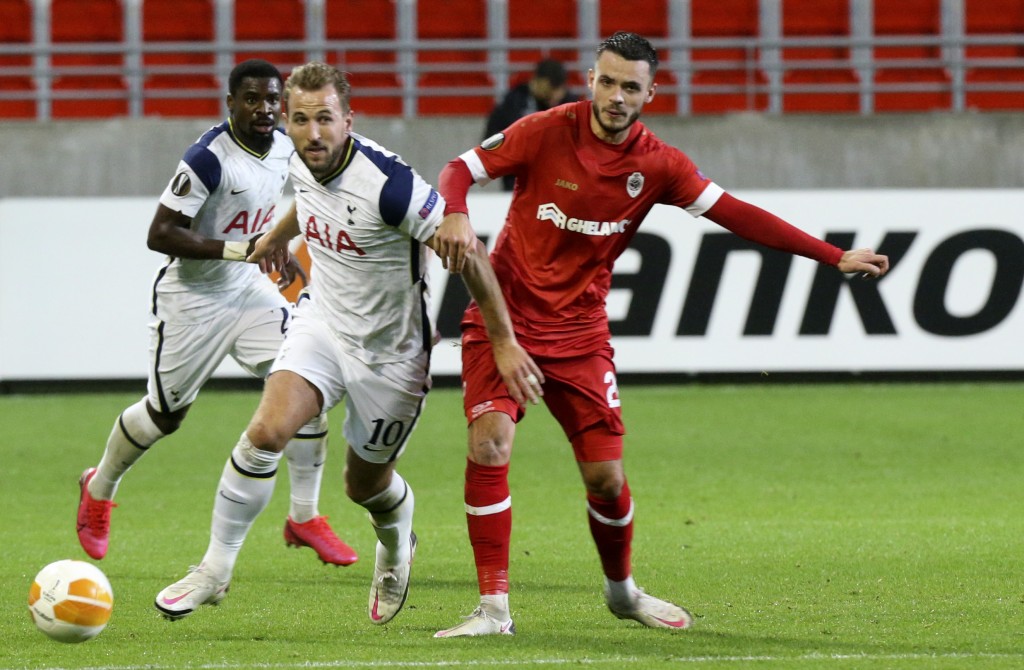 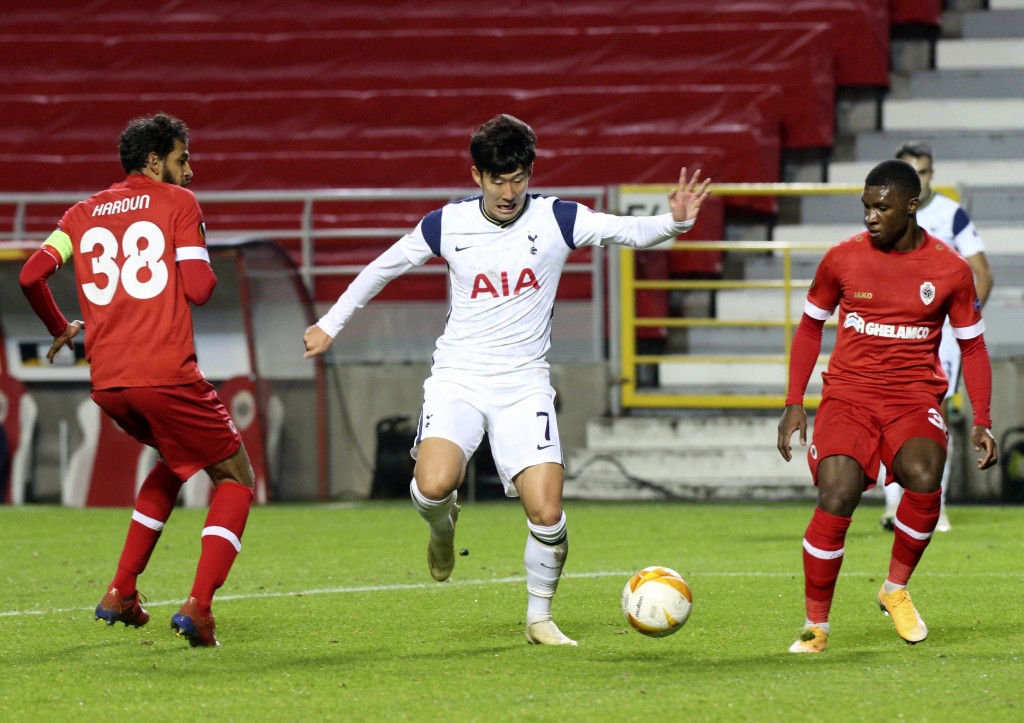 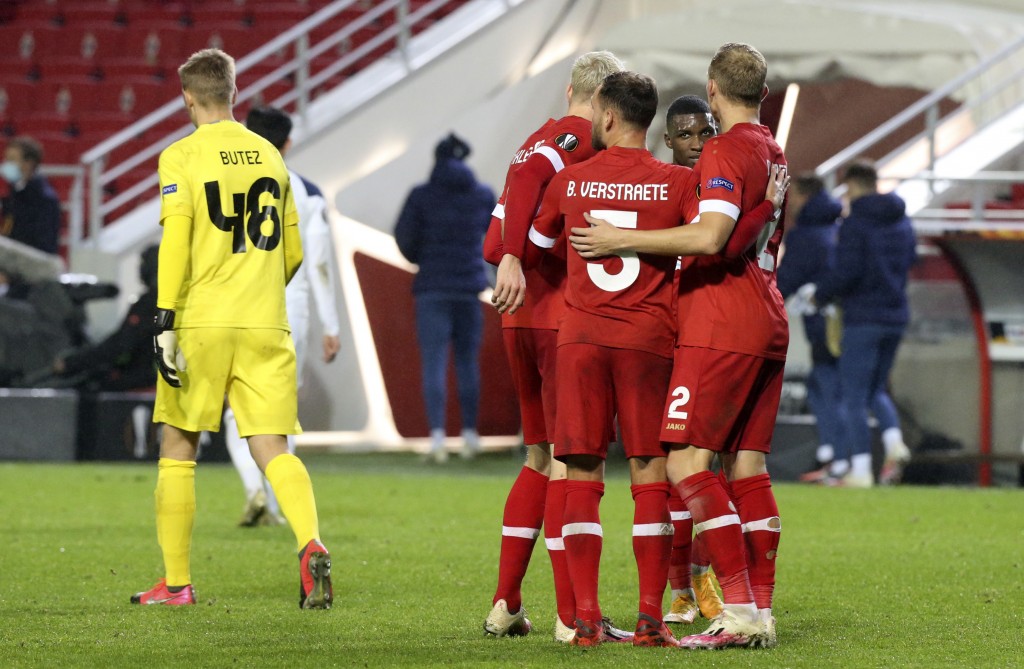 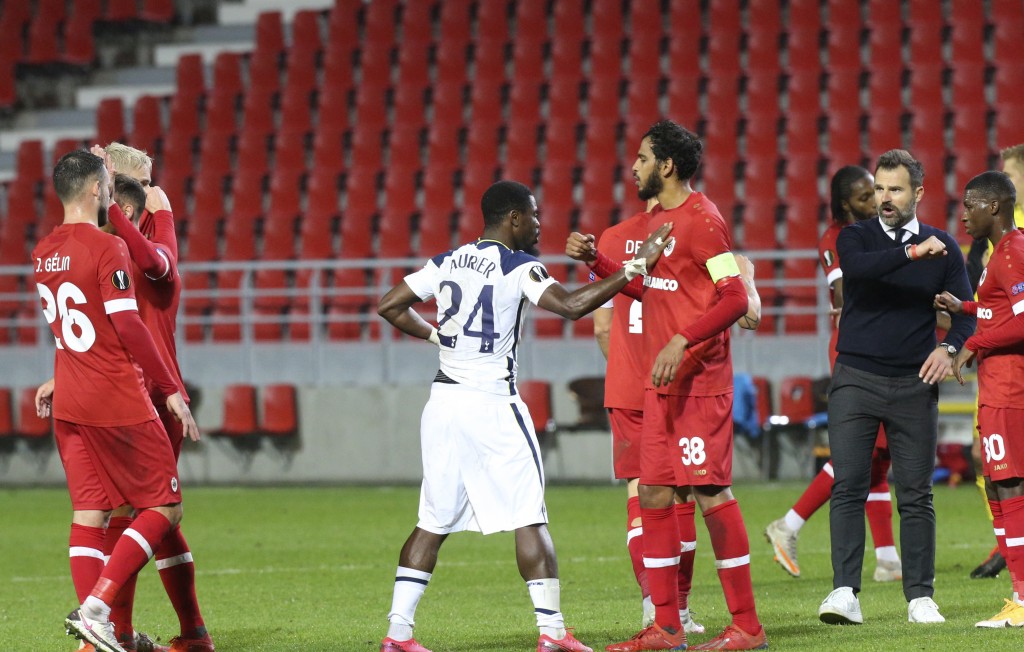 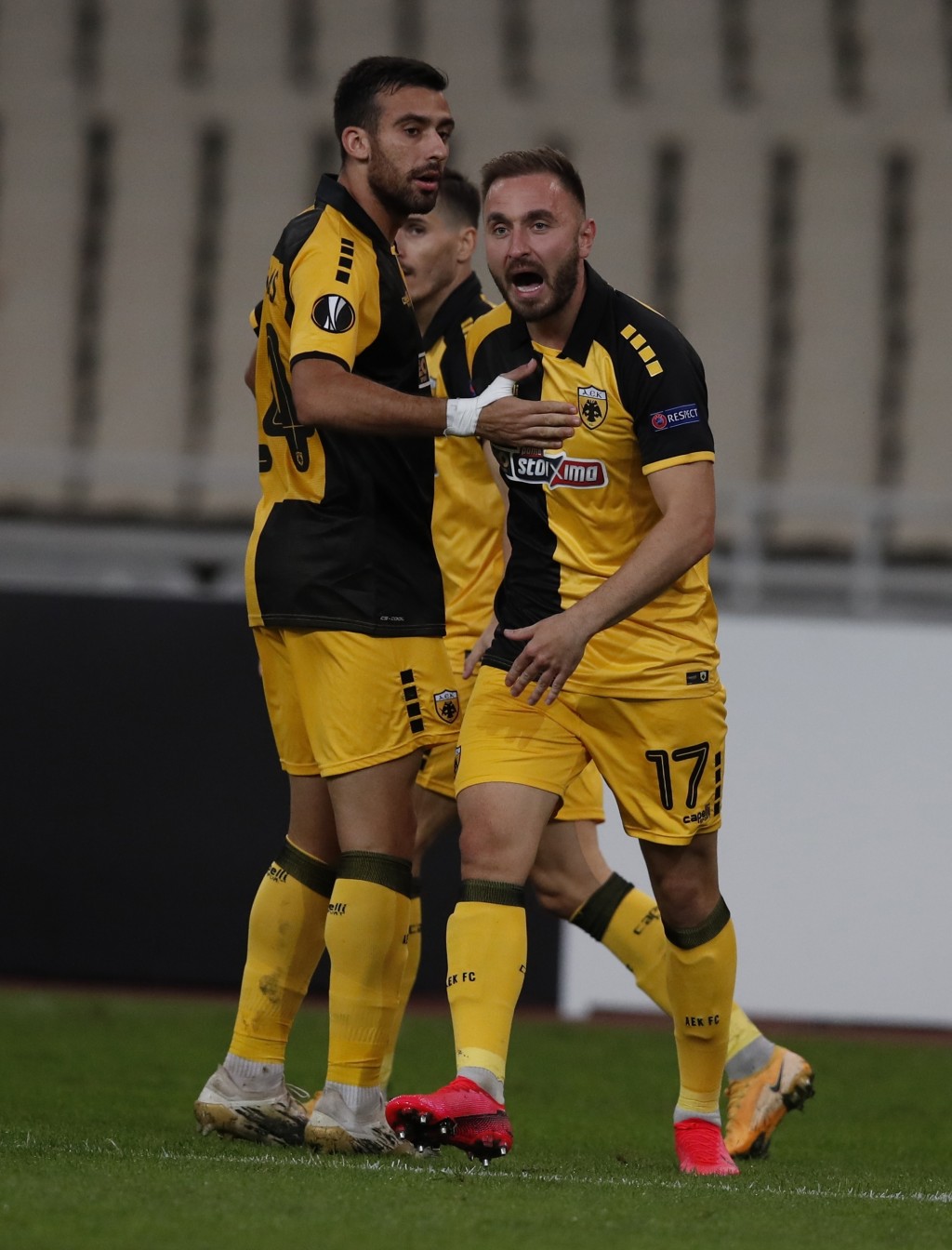 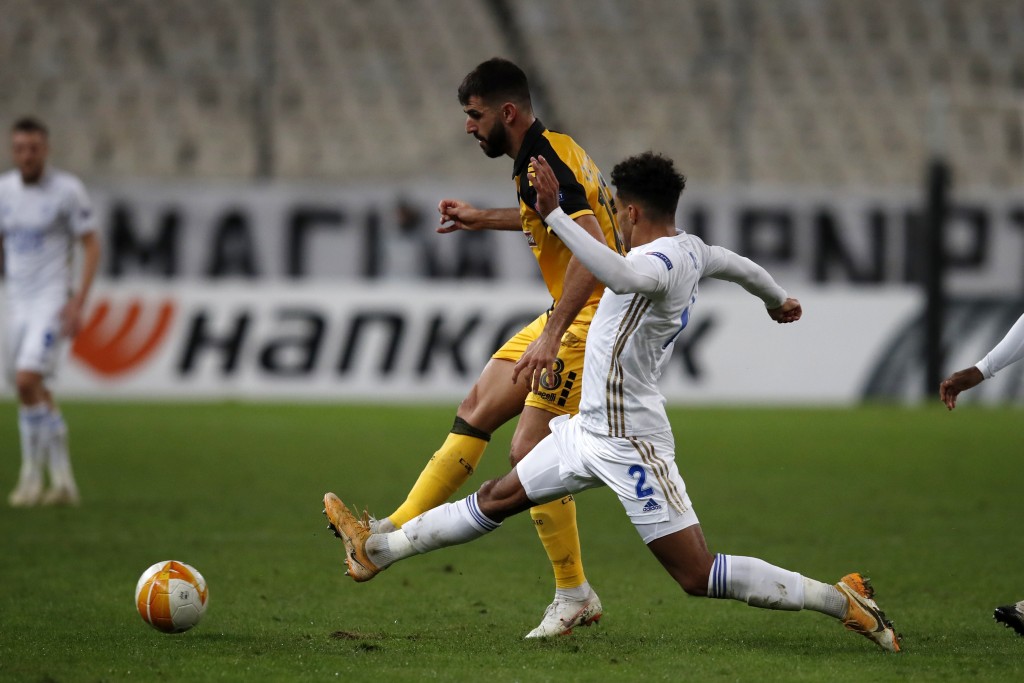 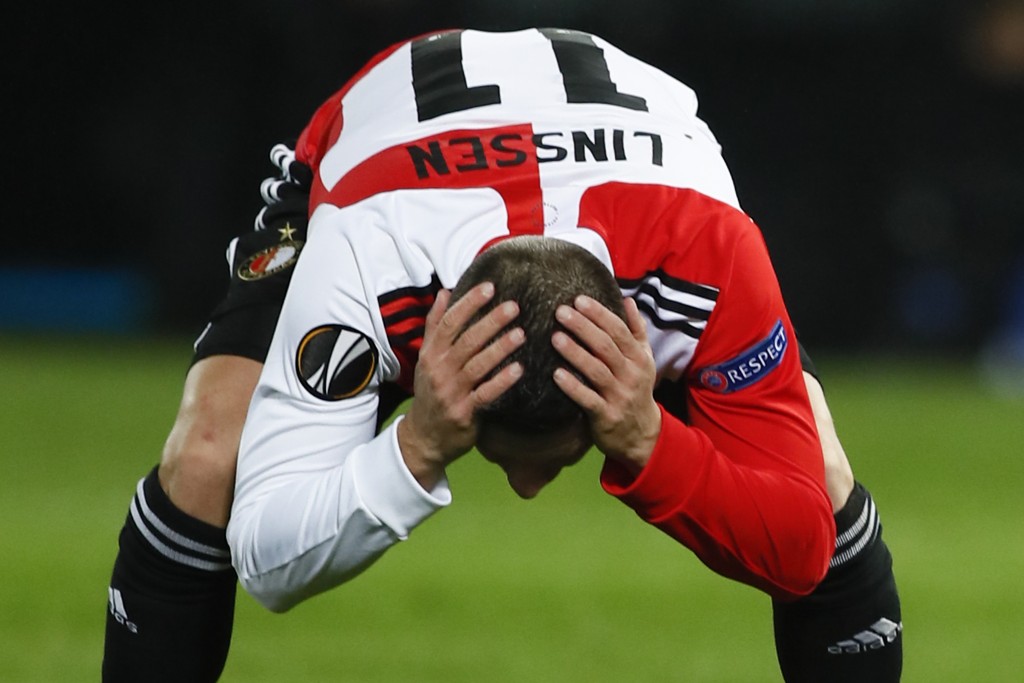 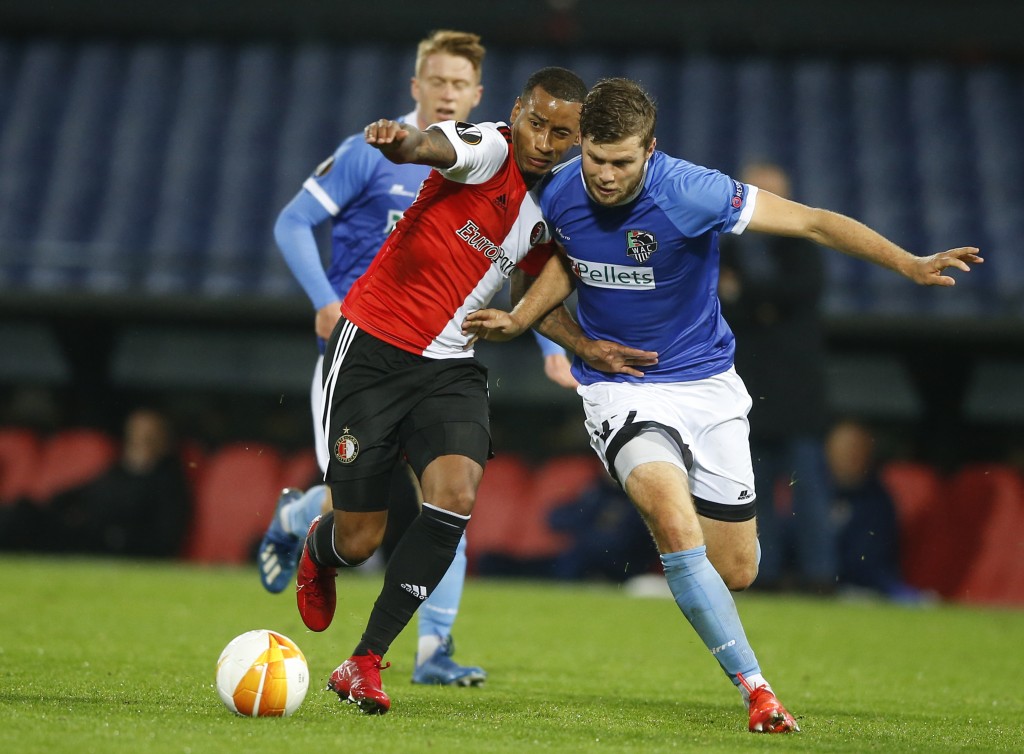 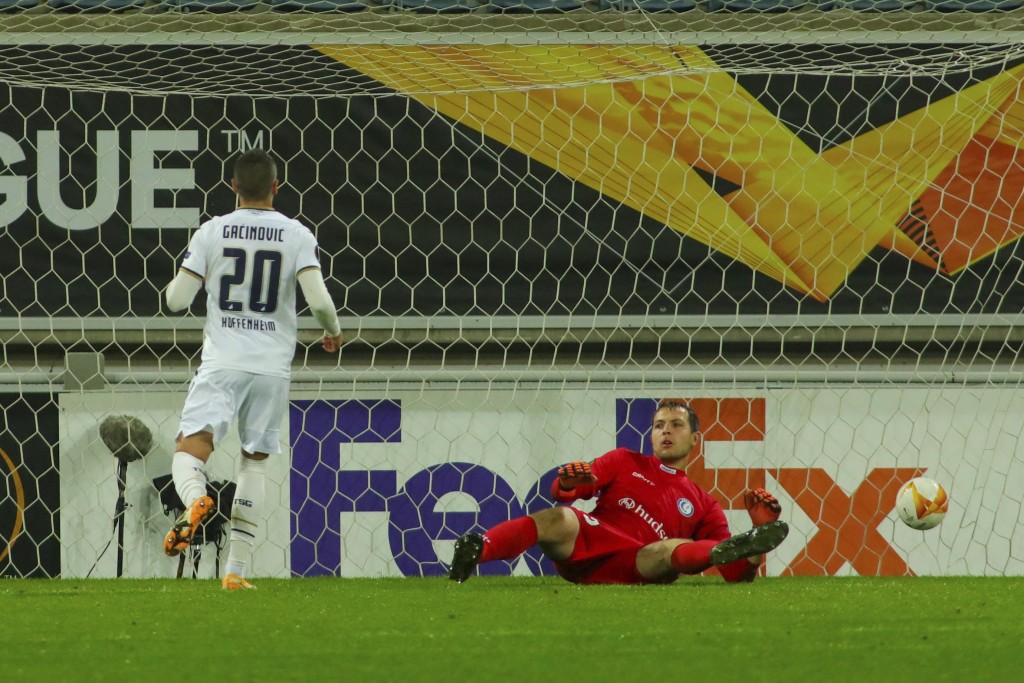 AC Milan cruised past Sparta Prague 3-0 for its second straight win in the Europa League on Thursday, while Tottenham fell to a surprising 1-0 loss at newcomer Antwerp.

Milan easily overcame a missed penalty by Zlatan Ibrahimović to remain unbeaten in 23 games in all competitions, dating back to least season.

Tottenham saw its 10-match unbeaten run end, despite having Gareth Bale in the starting lineup for a second straight time in the competition.

Arsenal, Benfica and Rangers were in action later Thursday.

Antwerp took the lead in the 29th minute when Dieumerci Mbokani stole a sloppy pass from defender Ben Davis before passing to fellow forward Lior Refaelov to score the winning goal.

Manager José Mourinho retained only two players in the starting lineup from the squad that beat Burnley 1-0 in the Premier League on Monday. However, his lineup failed to impress and Mourinho made four substitutions at halftime in an attempt to turn things around. He didn't wait much longer before replacing Bale with striker Harry Kane in the 58th, but Spurs never created serious chances to score an equalizer.

Ibrahimović didn’t score but made his presence felt in the first 45 minutes of the game in Group H. The 39-year-old veteran crossed for Brahim Díaz from the right to net the opening goal with a shot between the legs of Sparta goalkeeper Milan Heca in the 24th minute.

Ibrahimović, who contracted the coronavirus last month but has scored four goals in three matches since his return, wasted a golden opportunity to add another later in the first half.

After he was fouled in the area, Ibrahimović hit the crossbar from the penalty spot in the 36th.

He was replaced by Rafael Leão for the second half, and the substitute made it 2-0 from close range after he was set up by a precise cross from Diogo Dalot.

Dalot added the third after a solo run in the 67th.

Celtic wasted a 2-0 first half lead after a couple of goals from Mohamed Elyounouss to settle for a 2-2 draw at Lille for its first point.

Jamie Vardy put Leicester ahead in Athens after earning and converting a penalty in the 18th minute. An unmarked Hamza Choudhury made it 2-0 for Brendan Rodgers’s team before substitute Muamer Tankovic pulled one back for AEK in the 49th. In the other Group G game, Braga won 2-1 away at Zorya Luhansk.

Villarreal went a goal down at Qarabağ in the 78th minute before coming back for a 3-1 victory in Group I, where Maccabi Tel-Aviv also won 2-1 away at Sivasspor.

Wolfsberg has a perfect record in Group K after winning 4-1 at Feyenoord, with Michael Liendl scoring a hat trick. His first two goals came from penalties.

CSKA Moscow played to a 0-0 draw with Dinamo Zagreb.