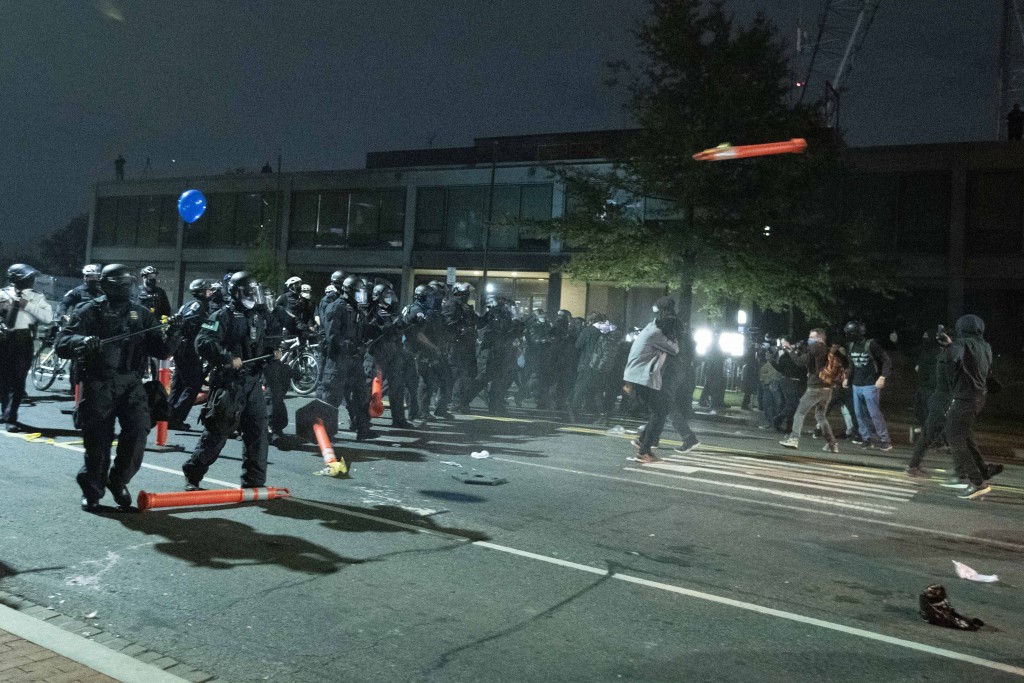 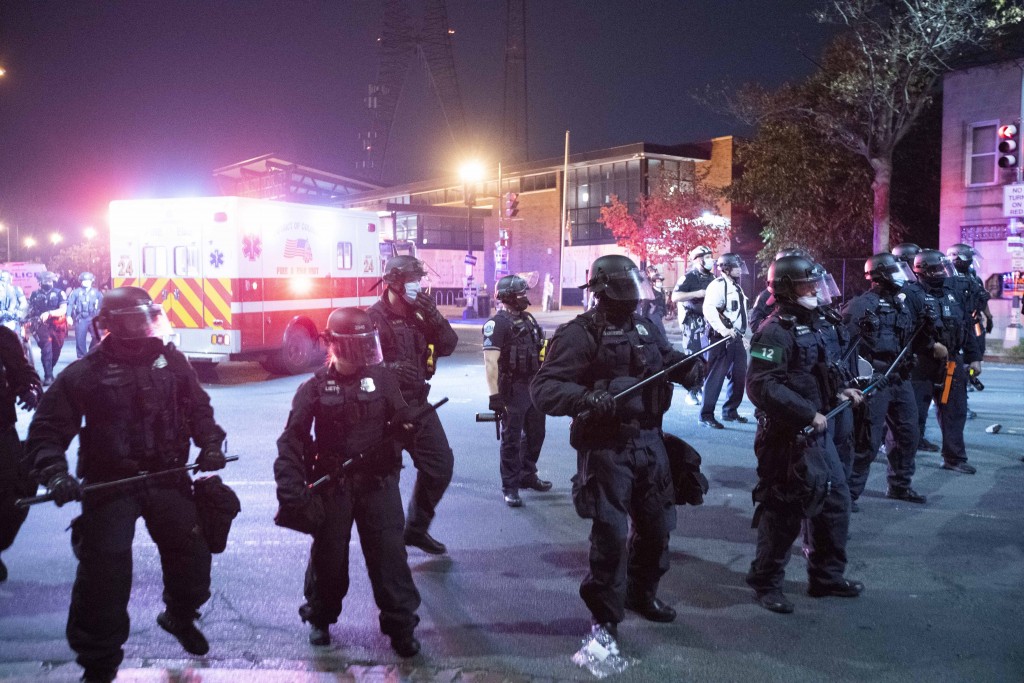 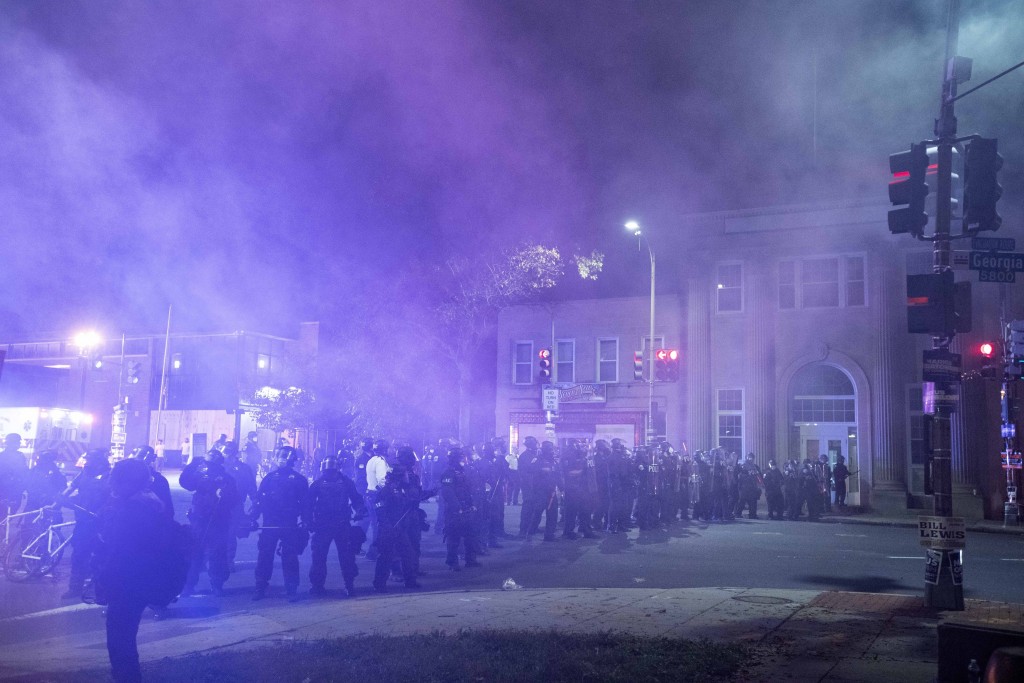 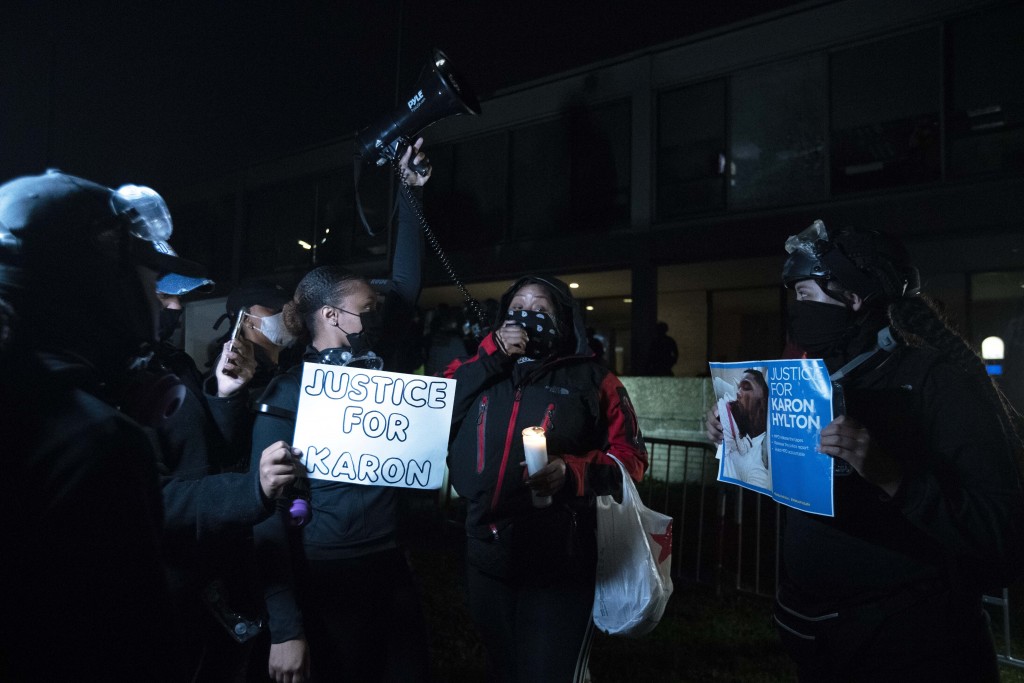 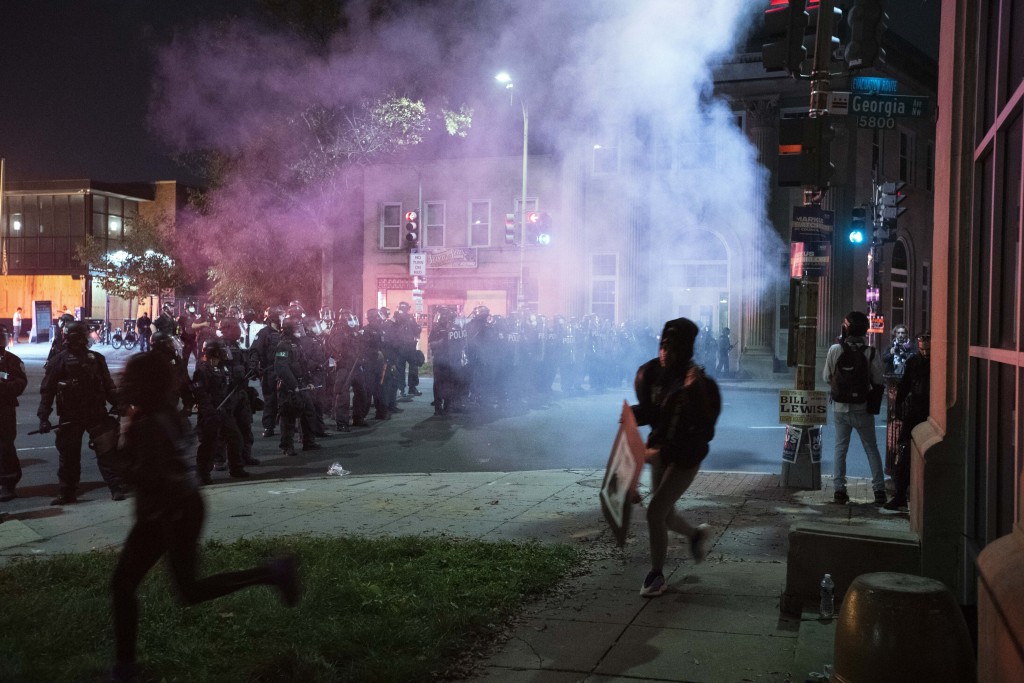 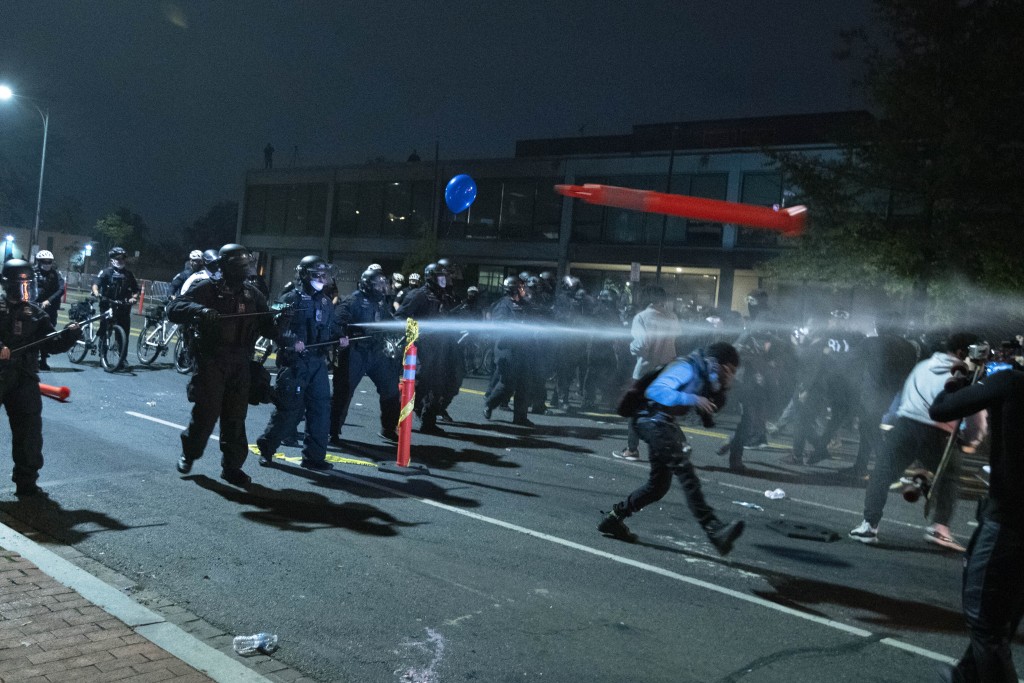 WASHINGTON (AP) — Police in the nation's capital on Thursday released body camera footage from a fatal vehicle accident during a police chase that has sparked two days of protests and clashes.

Karon Hylton, 20, died in a hospital after his moped crashed into a car Friday night while he was being pursued by police.

His death has led to the confrontations with protestors massing outside a police precinct and police deploying “stingball” munitions to disperse demonstrators.

Peter Newsham, chief of the Metropolitan Police Department, said eight people were arrested Wednesday night and 14 officers were injured, most from being struck by fireworks. Activists claim police used pepper spray against protesters, including against Hylton's mother. Several windows at the 4th District police headquarters and at nearby storefronts were broken.

Mayor Muriel Bowser on Thursday expressed her sympathies to Hylton's family, who are “obviously heartbroken and hurt.” She added: "We understand that the community is upset, but you will agree that we can not channel that anger into violence.”

At issue is an interpretation of what constitutes a “chase” and whether police were justified in pursuing Hylton. City police regulations forbid high-speed pursuits over minor traffic violations. Police have said officers tried to stop Hylton because he was riding his moped on the sidewalk without a helmet.

Newsham said his officers are trained not to chase after a traffic violation suspect unless they believe a person is involved in serous criminal behavior.

“If you make a determination that the person is fleeing, as a member of this department if you don’t have something very serious in nature, you need to discontinue the attempt to stop that vehicle,” he said. Otherwise, "it becomes an unauthorized pursuit.”

The footage released Thursday shows officers in a police cruiser chasing Hylton for several blocks with their lights flashing, at one point doing a U-turn when Hylton reverses course right in front of the cruiser. The chase continues into an alley. When Hylton's vehicle emerges from the alley, it slams into the passenger side door of a passing car.

“We have very clear policies about no chasing,” said Bowser, adding that investigators “will decide whether MPD procedures were broken.”

Four officers have been placed on administrative leave.

The protests tap into rising tensions between the department and the black community, with activists accusing police of heavy-handed tactics. The protests also come less days before Tuesday's election, with expectations of mass protests and potential street confrontations.

The department is under scrutiny at a time of national debate over police violence and systemic racism. Over the summer, in the wake of the killing of George Floyd by Minneapolis police officers, the D.C. Council passed an emergency bill that mandated the release of body camera footage within five days of a death involving a police officer or the use of force.