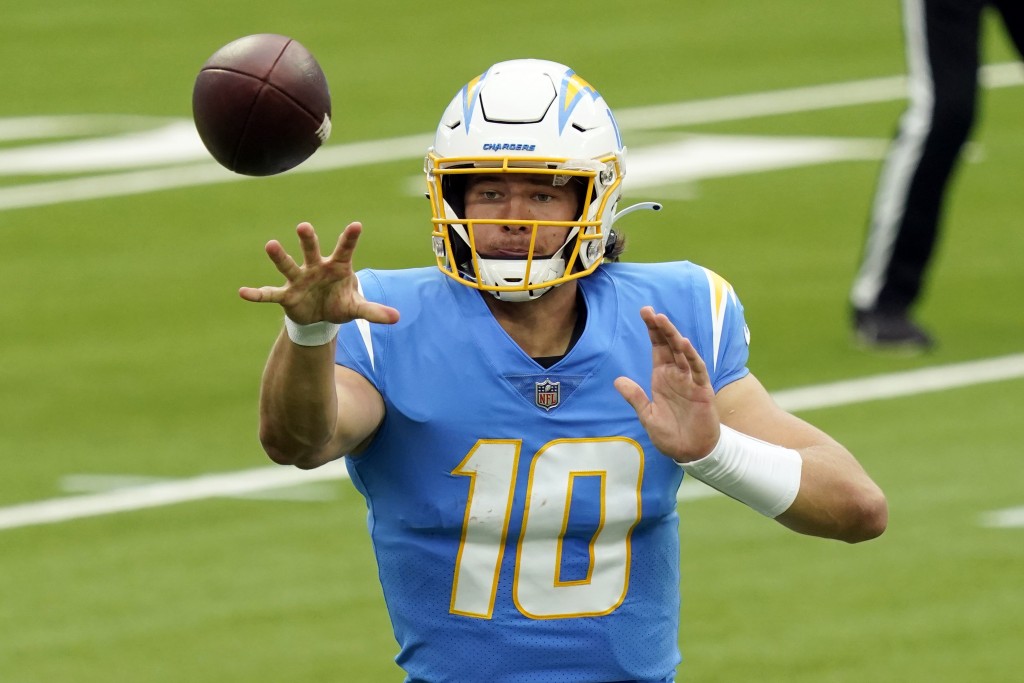 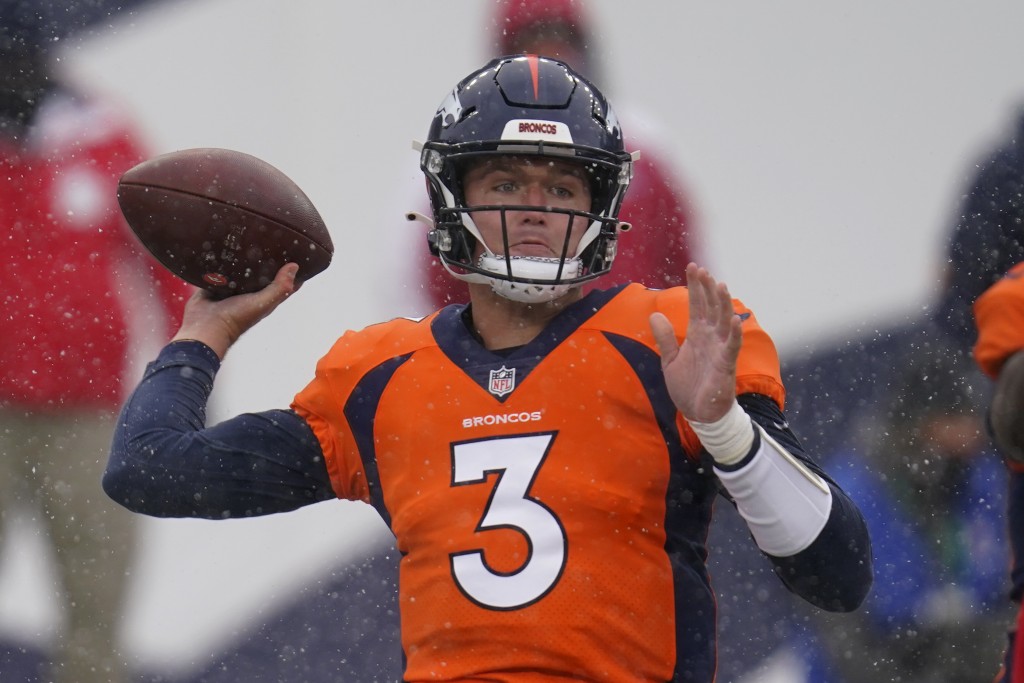 DENVER (AP) — A throwback to the “Air Coryell” days could be coming Sunday when the Los Angeles Chargers visit the Denver Broncos.

Herbert is tied for the NFL lead in touchdown passes over 20 yards (from the line of scrimmage) with six. Half of them came last week against Jacksonville in Herbert’s first career win.

Herbert has completed 9 of his past 18 deep throws for 411 yards and six TDs with one interception.

“He has a big arm,” Chargers coach Anthony Lynn said. “So yeah, we’ve thrown the ball downfield a few more times this year. We want a vertical passing game. And, you know, he has provided that.”

The Broncos want one, too, but Lock hasn’t been nearly as precise or productive as Herbert on the long ball.

Lock is just 4 for 19 on deep passes this season after going 3 for 11 last year, about the only red flag from his December audition when he won four of his five starts after spending three months on IR.

Lock’s first career TD pass covered 26 yards, but since then he hasn’t had any touchdowns on deep passes.

“We feel we can take those deep shots,” Lock said after the Broncos dialed up a slew of deep throws at New England two weeks ago but settled for six field goals in an 18-12 win.

Afterward, Lock spoke glowingly of offensive coordinator Pat Shurmur's aggressive vertical-based offense. But the Broncos overdid it last week in a blowout loss to the Chiefs when Lock bypassed plenty of open receivers underneath to keep throwing deep into coverage.

"I think there is a fine line there,” Broncos coach Vic Fangio said. “You want to be aggressive if you think you have a chance for the downfield throw, but by no means can we disregard or ignore or not read it out at times and find the open guy that may be short or intermediate.”

Lock promises to get better at surveying the field and not locking onto the receiver sprinting downfield.

“There’s a fine line between taking what the defense gives you and then when they don’t give you what you want, trying to make a play,” Lock said. “I can make the plays when they’re there, but I’ve just got to get a little better judgment on when it’s time to make that play or say, ‘You know what, they got us.'”

Lock has just one touchdown pass with four interceptions in four starts this season and in the three games he's started and finished in 2020, he's averaged just 219 passing yards.

Other subplots Sunday when the Chargers try to snap a seven-game skid against the AFC West:

Broncos RB Melvin Gordon III, who signed a two-year, $16 million deal with Denver after five seasons with the Chargers, says he’ll be even-keeled when he faces the team that drafted him in the first round in 2015.

“I’m just going to take it like I do every week,” Gordon said. “Obviously it’s going to be cool to go up against some of the guys that I built a great relationship with over the years. But you know it’s no different than any other team.”

The Broncos’ blunders on special teams include a blocked punt, a dropped punt that resulted in a safety and last week a 102-yard kickoff return for a touchdown.

“We’ve had too many negative plays in the kicking game this year,” Fangio said. “We’ve got to do a better job of covering. Guys have to be able to beat the blocks in space 1-on-1 and we’ve got to come off blocks. There’s no doubt about that. Our special teams play overall and the coverage unit hasn’t been good enough.”

Los Angeles’ running game has struggled since running back Austin Ekeler’s hamstring injury on Oct. 4. Chargers running backs were averaging 4.4 yards per carry the first three games, but that has slipped to 2.9 in the past three. They also led the league in October with 16.1% of their carries going for no gain or negative yards. To get Justin Jackson and rookie Joshua Kelley going, the Chargers tried to use more jet sweeps with wide receivers against Jacksonville.

The Chargers had a player test positive for COVID-19 late Wednesday and only had a walkthrough practice on Thursday. Coach Anthony Lynn has been adamant with his team about “embracing the chaos” of the season and that they would have to adjust at some point because of the virus.

Just when the Broncos got running backs coach Curtis Modkins back from a bout with the novel coronavirus, O-line coach Mike Munchak had to stay away this week because of COVID-19 concerns.