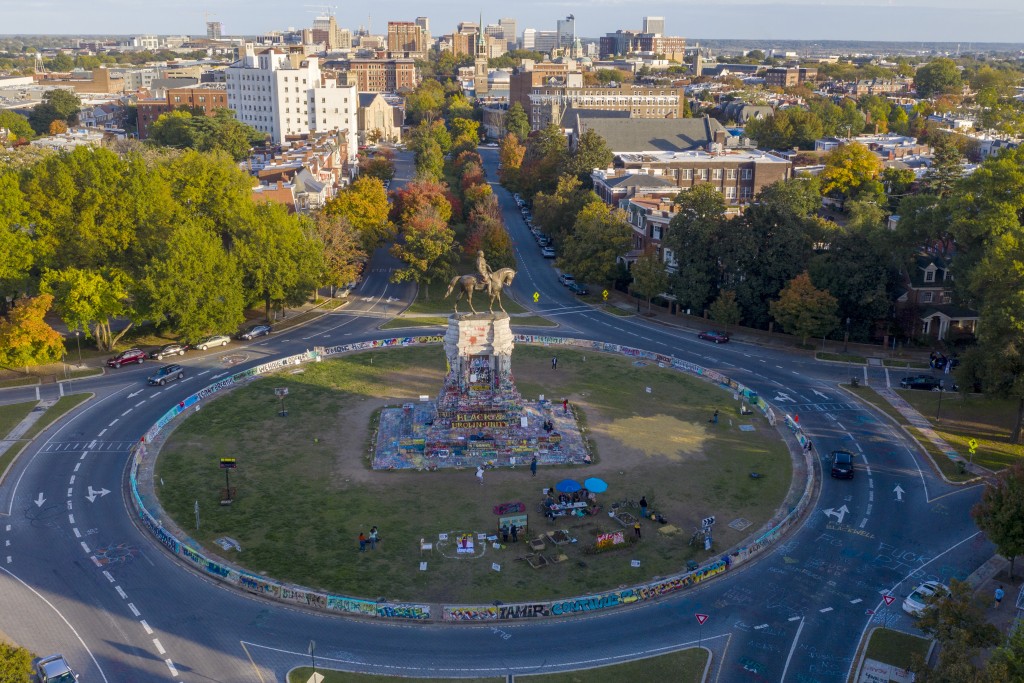 RICHMOND, Va. (AP) — Several Virginia residents have filed notice that they will appeal a ruling allowing the removal of a statue of Confederate Gen. Robert E. Lee from its prominent place in the state's capital city.

Patrick McSweeney, an attorney for the plaintiffs, on Thursday provided The Associated Press a copy of a notice of appeal to the Supreme Court of Virginia. The move comes after a judge on Tuesday ruled in favor of Gov. Ralph Northam, saying 19th century deeds that transferred the monument to the state do not prohibit the statue's removal now.

The judge dissolved a temporary injunction prohibiting the state from having the bronze equestrian statue removed, but he also suspended his own order pending the resolution of an appeal.

Each side will have time to file briefs with the court, which will then decide whether to hear the appeal.