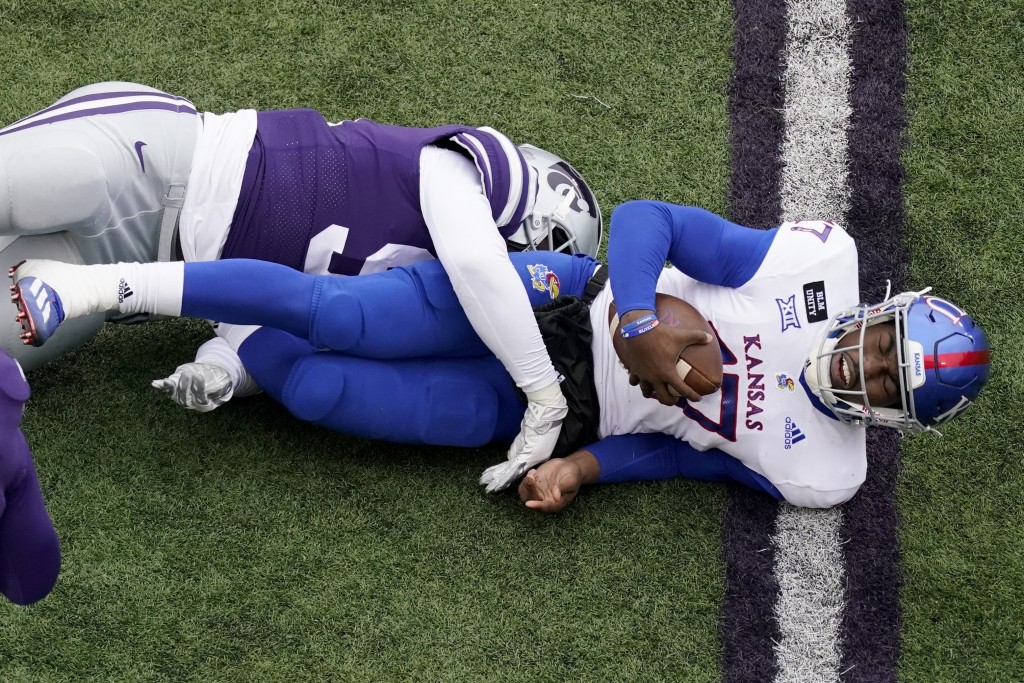 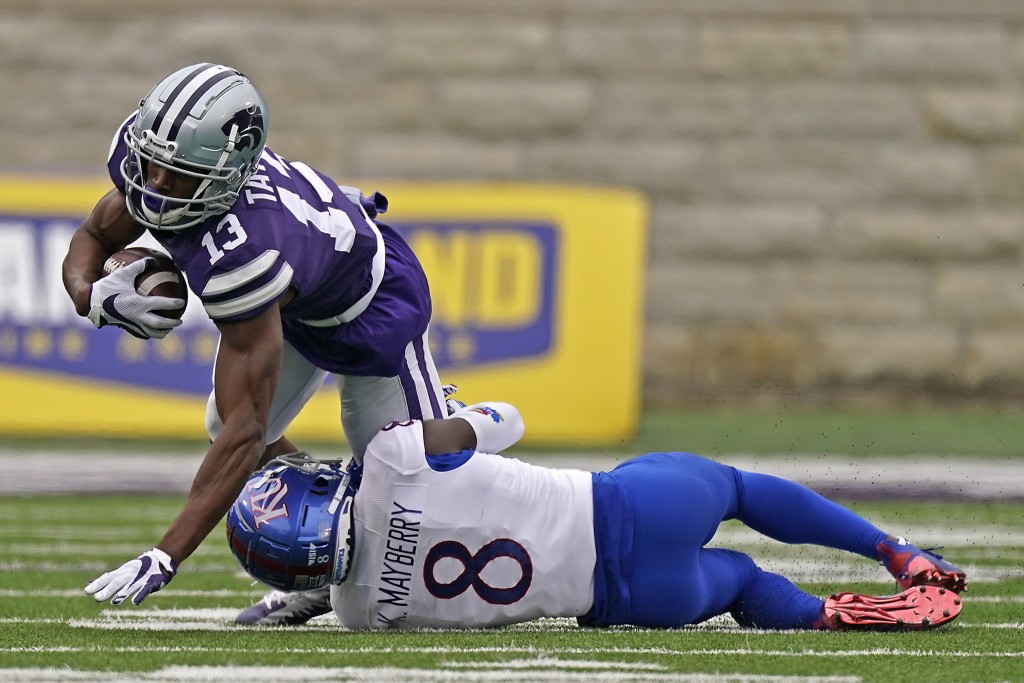 LAWRENCE, Kan. (AP) — Iowa State learned in an opening home loss to Louisiana-Lafayette that you can't overlook anybody in college football.

Especially in such a bizarre season as this one.

Maybe that's why Cyclones coach Matt Campbell made winless Kansas sound like the best of Clemson and Alabama rolled into one this week. No. 23 Iowa State may be a massive favorite as it heads to Lawrence to take on the bumbling Jayhawks, but Campbell isn't about to let his players — or anyone else — believe that it will be a walk-over in Memorial Stadium.

“The most impressive piece to me is the growth and the young talent on this roster,” Campbell said. "When you look at this team, you see a really impressive young football team that’s coming. So it will be a great challenge not only for us but for everybody.”

While the Cyclones (3-2, 3-1 Big 12)) bounced back from that opening loss to reel off three straight wins, including one over Oklahoma, before a competitive loss to sixth-ranked Oklahoma State last weekend, the Jayhawks (0-5, 0-4) have struggled to find anything to feel good about in a season that began with a loss to Coastal Carolina and hasn't gotten much better.

Their latest letdown came against their biggest rival, too. Kansas State ran roughshod to a 55-14 victory last weekend that was every bit as lopsided as the final score; the Wildcats scored on offense, defense and special teams, getting a pair of punt return touchdowns from Phillip Brooks in the win.

“Keep chopping wood. We just keep chopping wood,” Jayhawks linebacker Kyron Johnson said. “There are situations that are similar to life that we just have to come back from. And trust me, we are getting better every week. We are improving.”

It hasn't helped that the Jayhawks have been missing several players to injuries and COVID-19 diagnoses; they were down to their third-string punter last weekend. It also was their first game since All-Big 12 running back Pooka Williams decided to opt out of the remainder of the season to spend time with ailing family in Louisiana.

“Here’s what I’d tell those guys, all of those, we’re a good football team,” Kansas coach Les Miles said. “We’ve got talent and good coaches and we're going to put it together.”

HALL OF A RUNNING BACK

Cyclones running back Breece Hall, who grew up just south of the Kansas campus in Wichita, is second nationally with 716 yards rushing in just five games. He has eclipsed 100 yards in each game this season.

“It’s the Big 12,” Hall said this week, "so there could be a surprise any given Saturday. End of the day we have to come out and play one of our best games. They’re still in the Big 12 and their players are on scholarship. They’re here just like we are. So you can’t really take them as a joke or anything like that.”

The Cyclones’ Brock Purdy was a fringe Heisman Trophy contender coming into the season, and the junior quarterback has started to come on the past couple weeks. He torched Texas Tech for 302 yards and a couple touchdowns two weeks ago, and he threw for 161 yards and a score while running for 38 yards and another TD against the Cowboys.

Jayhawks quarterback Jalon Daniels is still learning the ropes as a Big 12 starter, but it's easy to forget that he just turned 18 this week. He was 22 of 39 for 207 yards with a pick-six against the Wildcats last weekend.

“I would be willing to bet that is the youngest quarterback starter in the country — if not the country, certainly the conference,” Miles said. “It’s pretty special what he’s getting accomplished right now.”

One of the big reasons Iowa State lost 24-21 to Oklahoma State was its inability to stop the run. Not only did the Cowboys' do-everything running back Chuba Hubbard run for 139 yards and a score, elusive quarterback Spencer Sanders also found plenty of room to run. He carried 15 times for 71 yards and another touchdown.

“Try to limit his run game or try not to allow him to kill us with his feet as much,” Cyclones safety Greg Eisworth said of the prospect of facing Daniels, another capable runner. "He’s a great athlete and a great player and you see all that on film.”

Iowa State will be trying to win its sixth straight in the series while the Jayhawks will be trying to beat a ranked team for the first time since beating No. 15 Georgia Tech on Sept. 11, 2010. The last time Kansas beat a ranked Iowa State team was Oct. 18, 1980, though the Big 12 later made the Jayhawks forfeit the win for using an ineligible player.