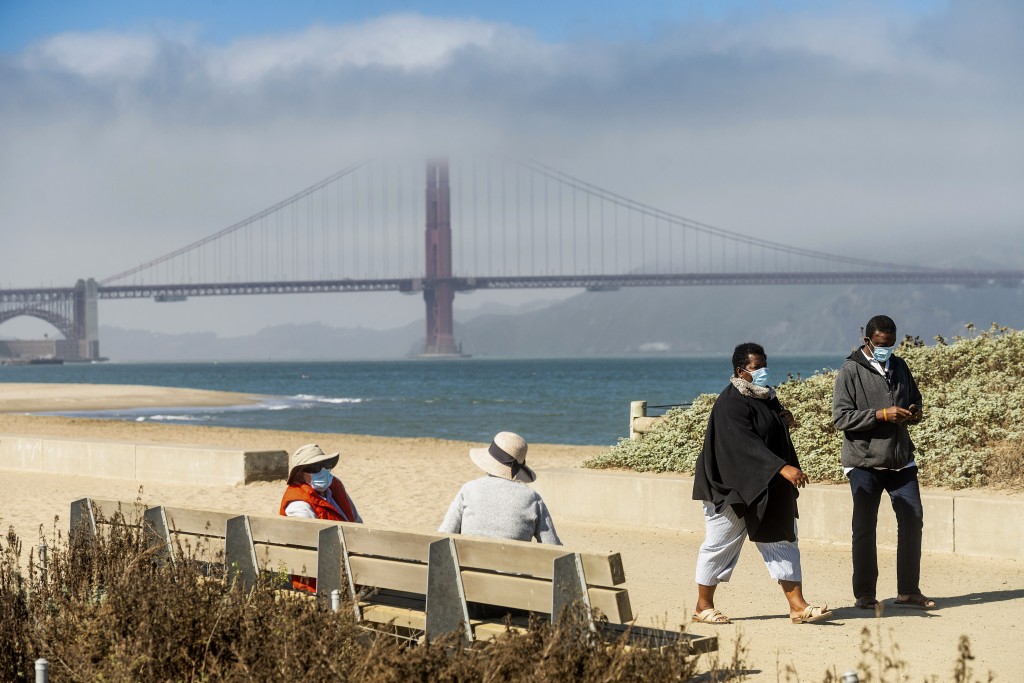 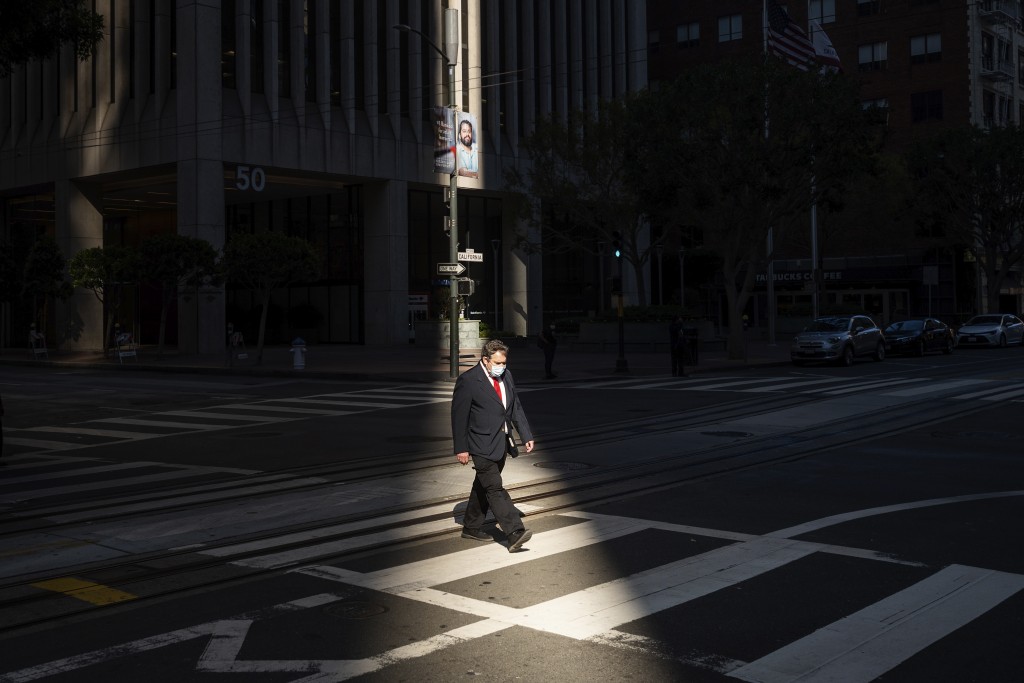 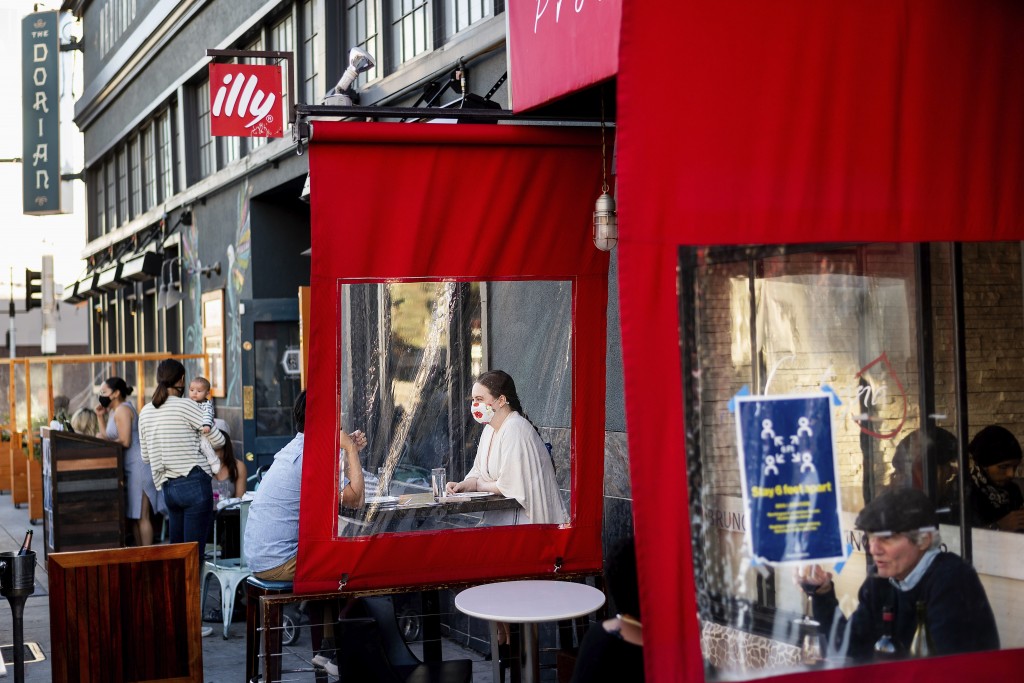 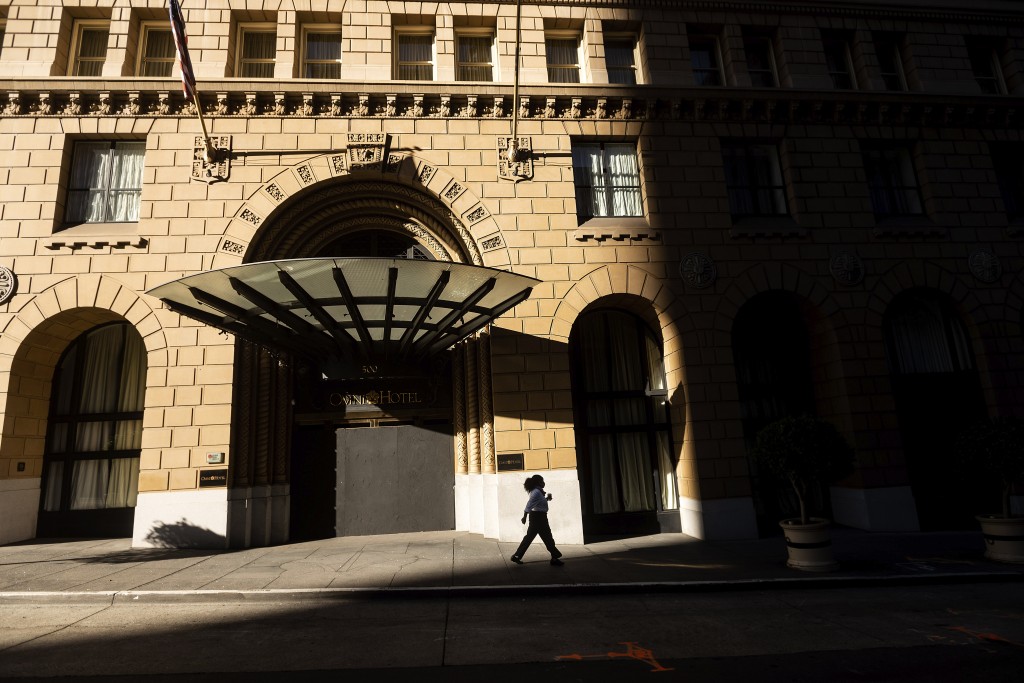 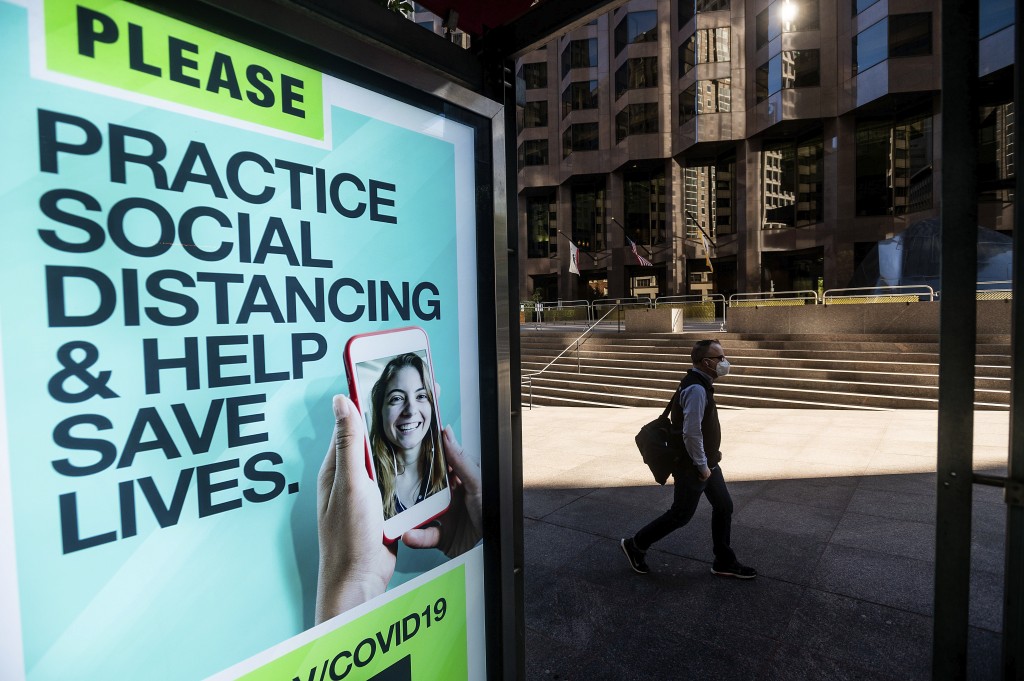 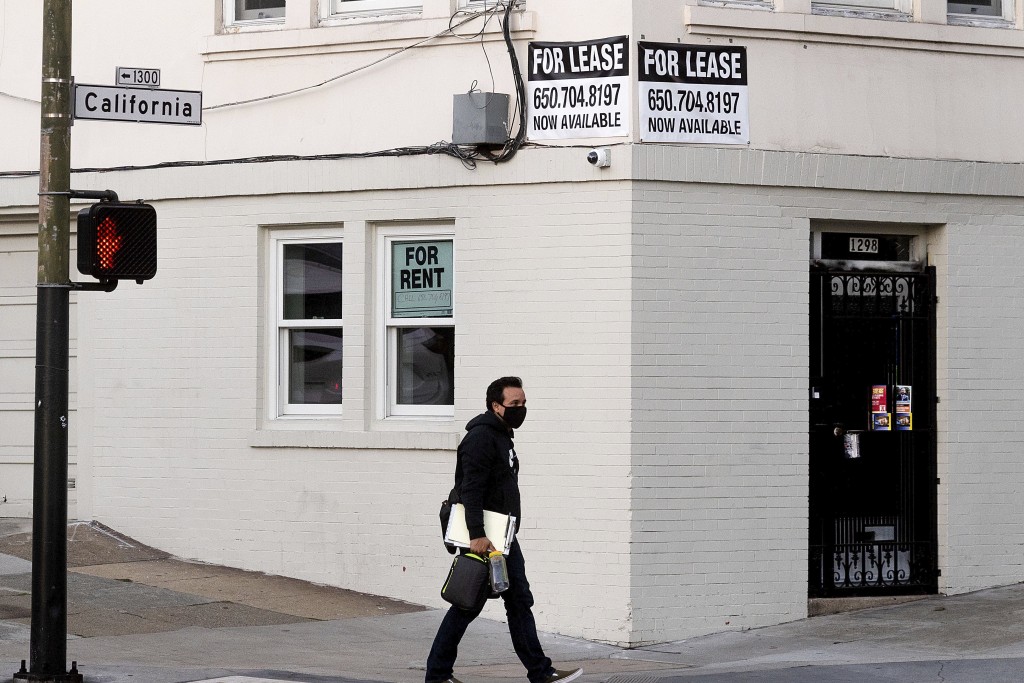 SAN FRANCISCO (AP) — San Francisco is reopening more businesses this week, thanks to low coronavirus case numbers that have allowed the city to move into California's most permissive tier. It means more people can go back to offices, dine indoors and visit museums.

But businesses and those residents who haven't joined an exodus out of the city are wondering when san Francisco's once-vibrant economy may bounce back.

As the coronavirus pandemic transforms the workplace, legions of tech workers have left, able to work remotely from anywhere. Families have fled for roomy suburban homes. The exodus has pushed rents in the prohibitively expensive city to their lowest in years. Tourists are scarce, and the famed cable cars sit idle. Bay Area Rapid Transit ridership is down nearly 90%

“Is it ever going to get back to normal, is it ever going to be as busy as it was — and will that be next year, or in 10 years?” said Evan Kidera, CEO of Señor Sisig, whose Filipino fusion food trucks were a common lunchtime sight in downtown San Francisco pre-pandemic but have gone elsewhere because there are practically no office workers around to feed.

Last week, San Francisco became the only urban county in California to move into the state's most permissive reopening tier, a testament to strong coronavirus restrictions that took effect early on and remained in place even as neighboring counties began reopening restaurants, gyms and salons.

The result: San Francisco, which pre-pandemic had nearly 900,000 residents, has recorded just over 12,200 cases and 145 deaths, among the lowest death rates in the country.

But the restrictions also smothered critical elements of San Francisco's economy — tourism, tech and the city’s main business and financial districts, packed with high-rise condos, office towers and headquarters for the likes of Twitter, Pinterest and Slack.

There are no hard figures on how many residents have left. It remains to be seen if the limited reopening will do much to bring people back.

“San Francisco can say, ‘Hey, it’s cool to open back up.’ But what’s changed?” said tech executive Connor Fee. “The virus is still there, and there’s no vaccine.”

Last week Fee, 38, and his partner moved out of their $4,000-a-month one-bedroom apartment. Figuring they could work their jobs from anywhere, they bought a car, packed up the essentials — 24-inch monitors, chef’s knives, bikes and some clothes — and drove south to an Airbnb in San Diego.

“When we left, we didn’t say goodbyes. We’re not planning to move forever,” Fee said.

Tech companies were quick to encourage or order employees to work from home and when the lockdown came, an estimated 137,500 tech workers seemingly vanished overnight.

For Rent and For Sale signs began popping up this summer with increasing frequency — and offering steeply reduced prices. Residential rents that were among the highest in the country have plummeted more than 20%, with the median price for a one-bedroom apartment now $2,800.

Another clue that people weren't around? While other California cities showed big increases in online sales tax collections as more people ordered from home, that was virtually flat in San Francisco, according to a city report.

“I don’t know if it’s an exodus, but a lot of people are leaving,” said city historian and author Gary Kamiya, whose North Beach-Telegraph Hill streets are full of furniture free for the taking.

Based on the quality and taste of the tables, chairs and artwork he’s seen, Kamiya figures they were put out by young, “pretty highly paid people.”

Many neighborhoods are showing signs of life, buoyed by streets newly closed to vehicles and now filled with outdoor dining and kids on bikes. But there have been many downsides, including rising break-ins, a worsening homelessness crisis and a spike in open drug use.

The streets have become so filthy with needles and human waste in restaurateur Kim Alter's central neighborhood of Hayes Valley that she decided against seating people outdoors at her restaurant, Nightbird. She's also seen more than two dozen nearby establishments close as customers disappeared.

“A lot of our regulars have already moved; they come to us and have their final meal — as takeout," Alter said.

The restaurant industry projects half the eateries in a city consumed with innovative dining may not survive the pandemic.

For hair stylist Caitlin Boehm, 36, who grew up in San Francisco, the extended closure was the final straw. She's moving to Austin, Texas, trading in a $2,700 one-bedroom with no amenities for a $1,600 one with pool, gym and in-unit laundry.

“I may even be able to buy a house or open my own salon,” Boehm said. “I never allowed myself to even think that big when I was in San Francisco.”

Nonessential offices are now allowed to bring back a quarter of their workers, and next week restaurants will be able to increase indoor capacity to 50%.

Mayor London Breed and business leaders are adamant that the sacrifices were worth it, and public health director Dr. Grant Colfax said that attitude has been critical to its success, along with top-notch medical facilities, robust testing and lessons learned from the AIDS epidemic in the 1980s.

“In those days of HIV, there were all sort of issues and unknowns but in general the community came together,” Colfax said. “I think we’re seeing a similar response here.”