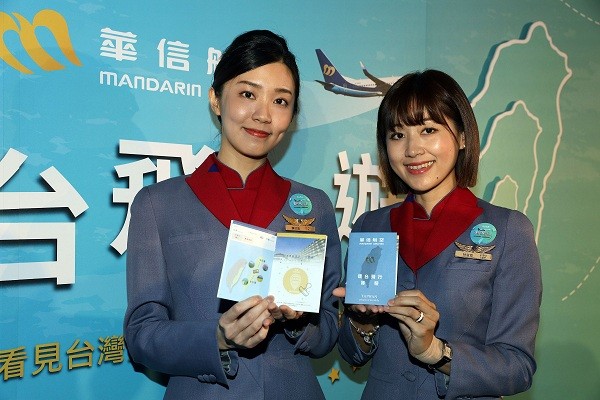 TAIPEI (Taiwan News) — After a series of pleasure flights successfully offered by major Taiwanese airlines in the summer as a way to stay afloat during the COVID-19 pandemic, Mandarin Airlines announced on Wednesday (Oct. 28) that it will launch its own seven-day, six-night "passport to fly around Taiwan” tour to target high-end clientele.

Mimicking overseas trips to Europe and North America, the tour will take passport holders to seven locations, including five cities in Taiwan and two outlying islands: Taipei, Taichung, Kaohsiung, Hualien, Taitung, Penghu, and Kinmen, according to a CNA report. The airline is working with five-star hotels in each location to provide accommodations and airport pickup service.

Mandarin Airlines, a subsidiary of China Airlines, said that the first pleasure flight will take place on Nov. 1 and that the tours will last until next year on March 24. Half-day sightseeing tours during stopovers in Hualien and Taitung are also included in the package, the airline added.