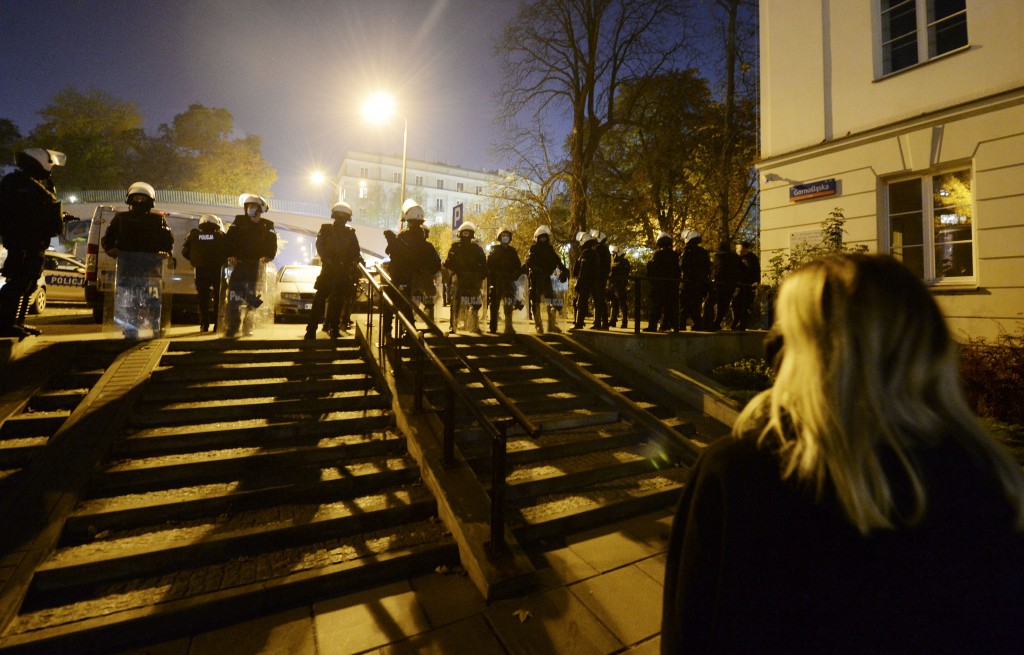 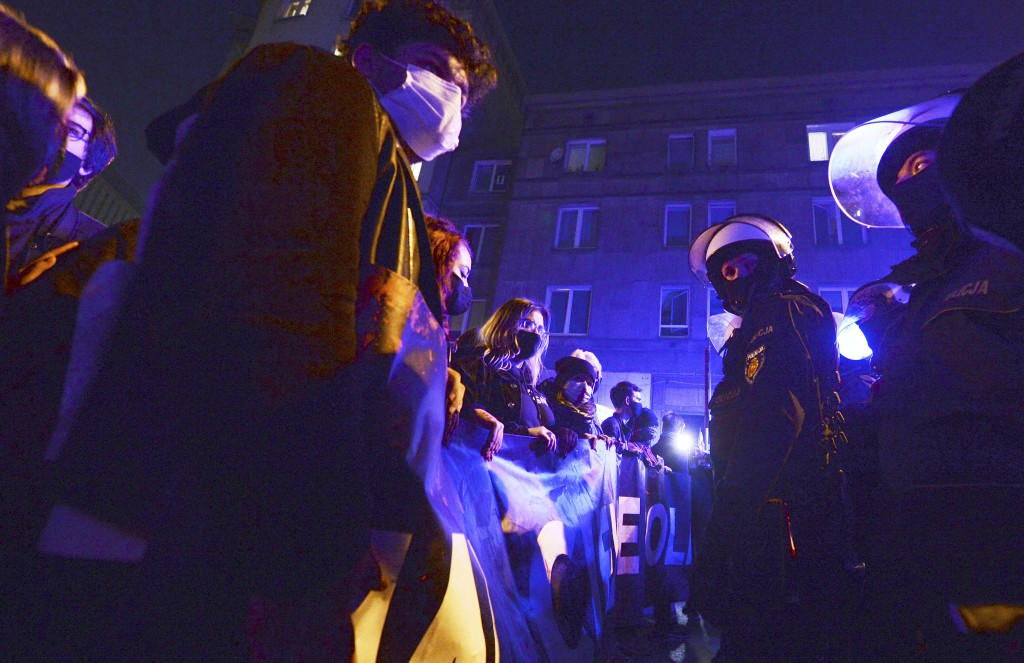 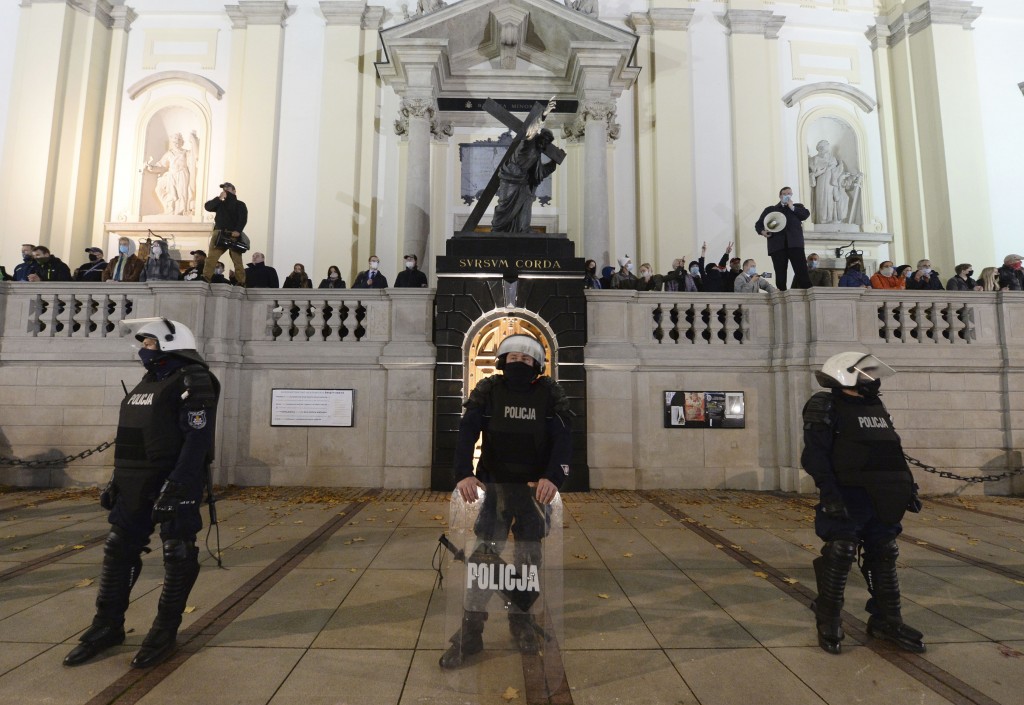 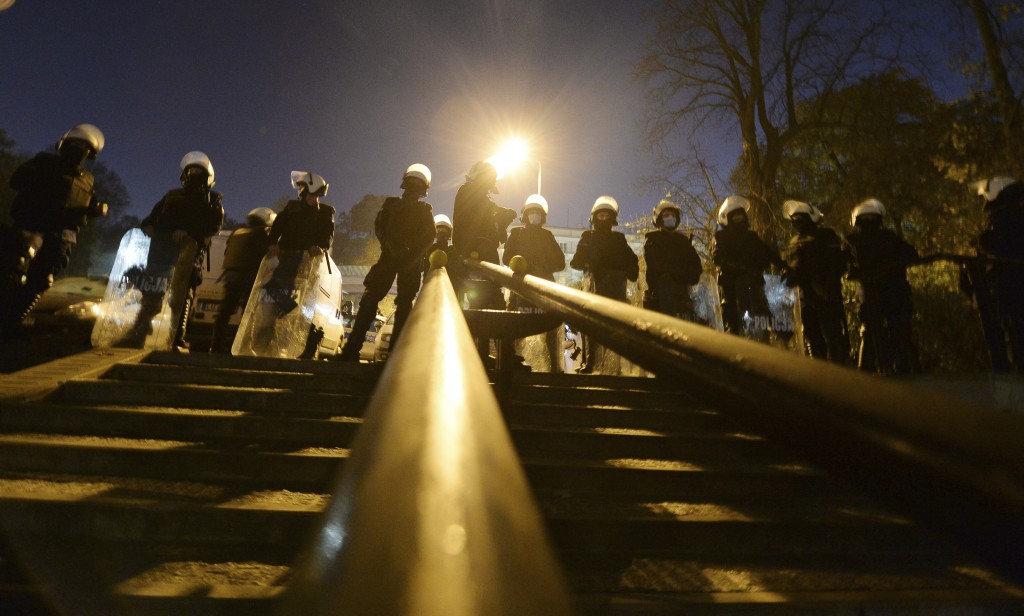 WARSAW, Poland (AP) — Poland's President Andrzej Duda said Thursday that women themselves should have the right to abortion in case of congenitally damaged fetuses, apparently breaking ranks with a conservative leadership that pushed a ban that has led to mass street protests.

“It cannot be that the law requires this kind of heroism from a woman,” Duda said in an interview with radio RMF FM.

He spoke after seven straight days of huge protests across Poland following a constitutional court ruling declaring it unconstitutional to terminate a pregnancy due to fetal congenital defects. The ruling effectively bans almost all abortions in a country that already had one of Europe's most restrictive abortion laws.

That ruling has triggered huge nationwide protests, with young people heeding a call by women's rights activists to come to the streets to defend their freedoms.

Deep divisions that had been brewing for a long time in Poland are now erupting on the streets.

On Thursday night, men with a far-right group, All-Polish Youth, attacked women taking part in protests overnight in some cities, including Wroclaw, Poznan and Bialystok.

Their actions came after Poland's most powerful politician, ruling party leader Jaroslaw Kaczynski, called for his supporters to turn out on the streets to defend churches after women disrupted Masses last Sunday and spray-painted churches.

Many interpreted Kaczynski's call as permission for violence against the protesters.

Duda’s comments Thursday were in sharp contrast to his initial reaction last week, when he welcomed the ruling, and stressed his opposition to abortion even when a fetus is irreversibly damaged.

He also signaled a difference of opinion with Kaczynski on the issue of security, saying police should have the sole responsibility for protecting the streets.