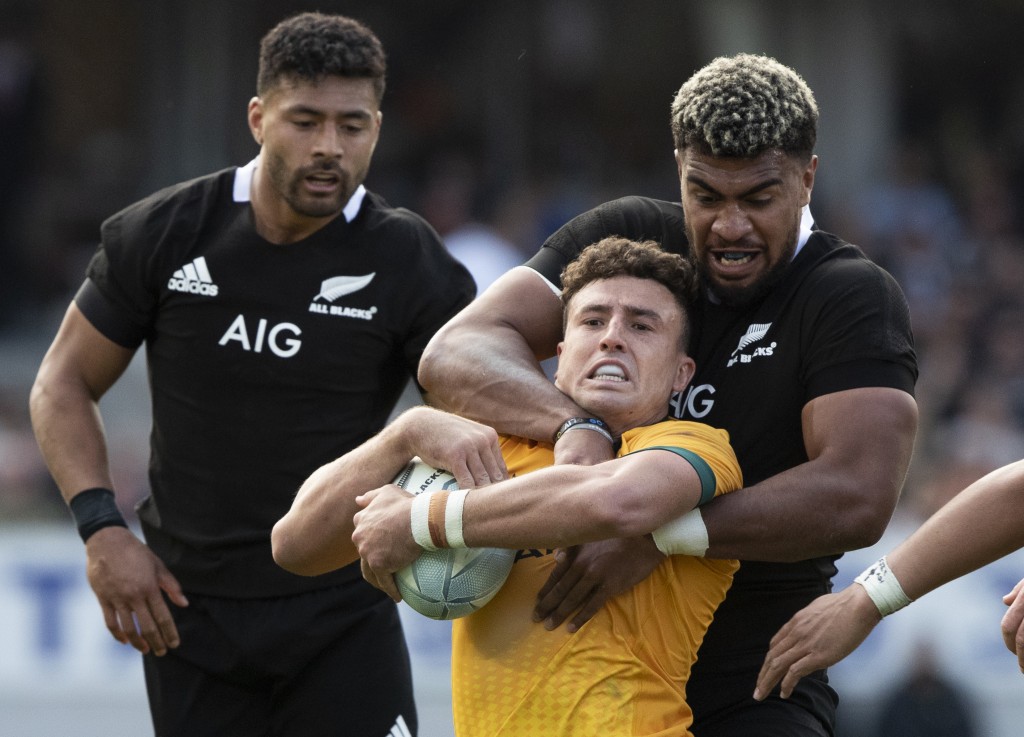 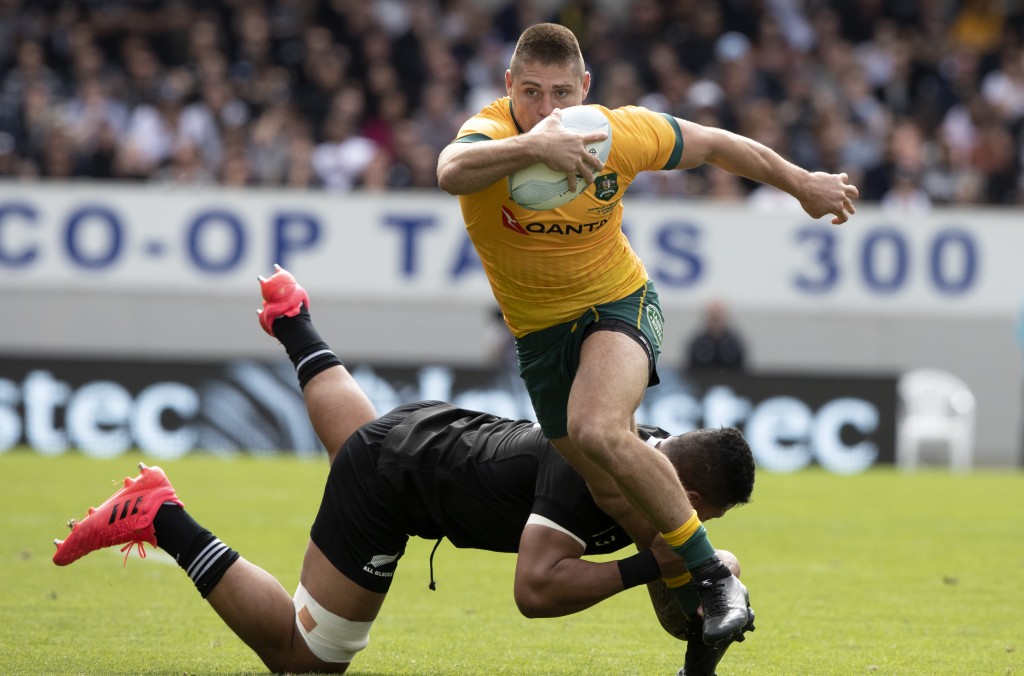 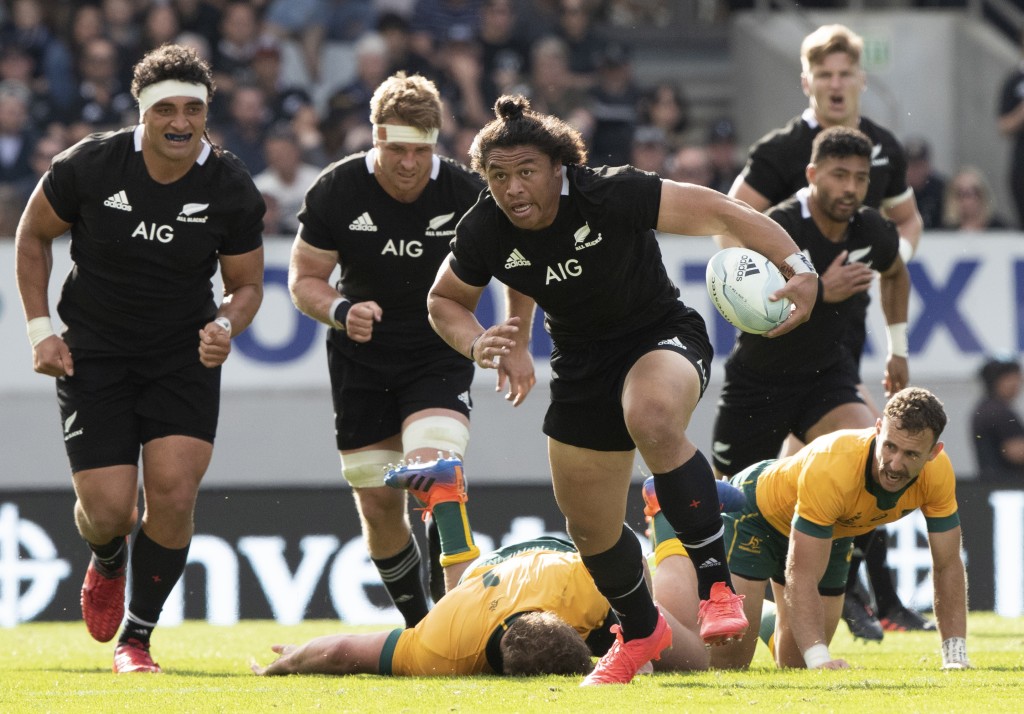 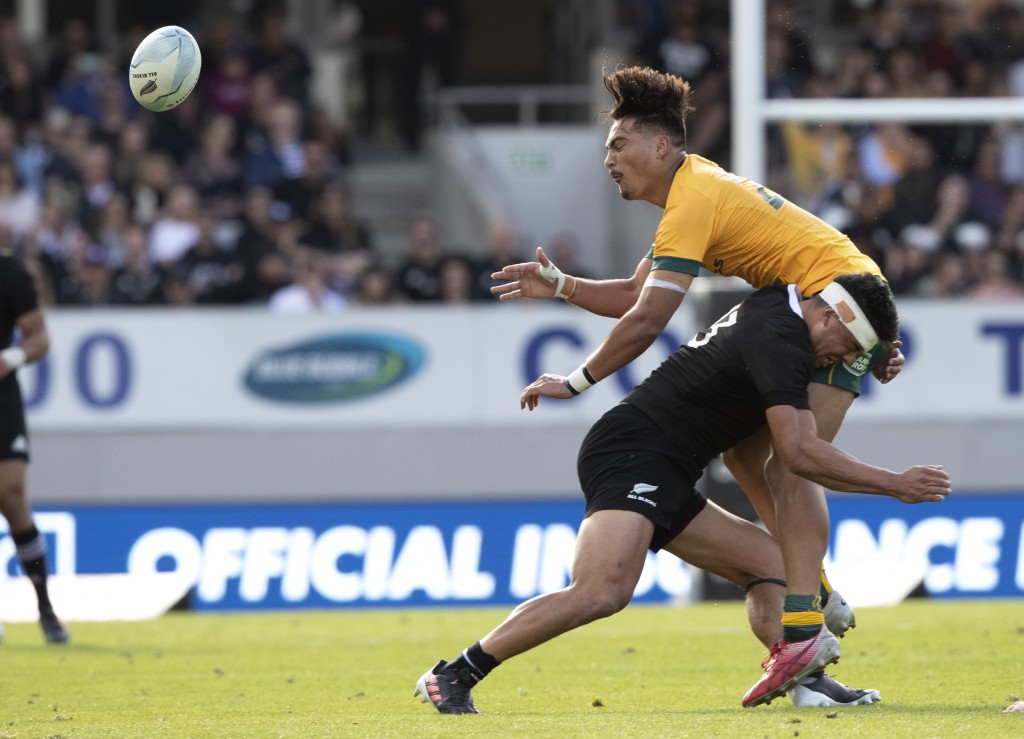 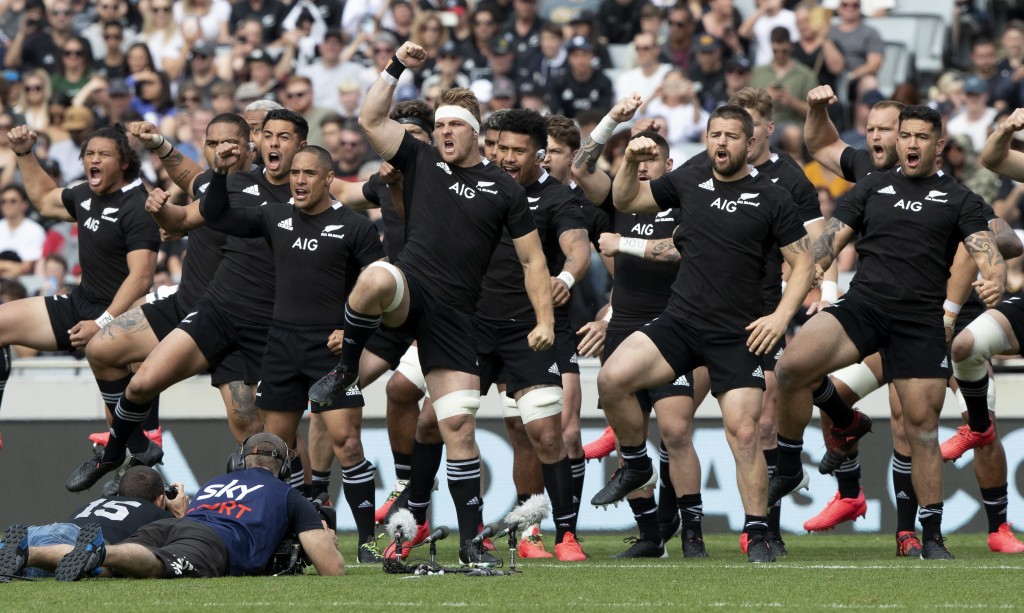 Hoskins Sotutu will start a test for the first time when New Zealand takes on an Australian starting lineup featuring two players on debut in the third match of the Bledisloe Cup series.

Sotutu came off the bench in the first two tests, making his debut in the drawn first test at Wellington. He will start at the back of the scrum in the Sydney test in place of Ardie Savea, who is absent on paternity leave.

Sotutu is the son of former Fiji international Waisake Sotutu and one of four All Blacks to have made their test debuts during the current series.

Veteran lock Sam Whitelock returns from a head injury and Karl Tu’inukuafe takes over at loosehead prop from Joe Moody in other changes to the starting lineup which won the second test 27-7 in Auckland. Moody had a concussion in the second test and is still subject to head injury protocols.

Australia, needing to win the test to keep the series alive ahead of the Nov. 7 test in Brisbane, had to draft in uncapped Noah Lolesio to replace the injured James O’Connor at flyhalf and rookie Irae Simone to replace veteran midfielder Matta To'omua.

O’Connor did not train on Wednesday because of an apparent knee injury, giving the 20-year-old Lolesio a start along with his Brumbies teammate Simone. To’omua sustained an upper leg injury in Australia's loss at Auckland.

The pair are among four uncapped players in Australia coach Dave Rennie’s match-day 23, with Queensland Reds duo Tate McDermott and Fraser McReight selected on the bench.

While the Australian backline has been reshuffled, the All Blacks backline is unchanged with powerful youngster Caleb Clarke again starting on the left wing. Three-test backrower Dalton Papalii joins the bench along with center Ngani Laumape.

New Zealand will retain the Bledisloe Cup, which it has held since 2002, if it wins on Saturday. The match at Sydney’s Olympic stadium is also the first of the Tri-Nations series which includes Argentina.

“It’s the third test of a four-test series and the Bledisloe Cup is on the line,” All Blacks head coach Ian Foster said. “It’s a real chance for us to come into their home patch, a place which they take a lot of pride in playing and for a trophy which means a lot to them, and we need to show them how much it means to us. The chance to go and win a trophy that’s precious to us is exciting.”

“None of our players, even our experienced ones, have had to win the trophy in Australia. In the past the deciding game has always been in New Zealand, so I think it’s a great challenge for us.”

For Australia, Allan Alaalatoa is the only change to the forward pack, selected for his first start in 2020 alongside Brandon Paenga-Amosa and James Slipper in the front row.

Lolesio will join Brumbies teammate Nic White in the halves with Simone combining in the centers with Jordan Petaia, who will start for the first time in 2020.

Dane Haylett-Petty will start at fullback for the first time this year, and Marika Koroibete and Filipo Daugunu are on the wings.

“Noah and Irae have played a lot of footy together and we have no doubt they’re ready to take the step up to test rugby,” Rennie said. “Tate and Fraser have had big Super Rugby seasons and have impressed in training over the past month."