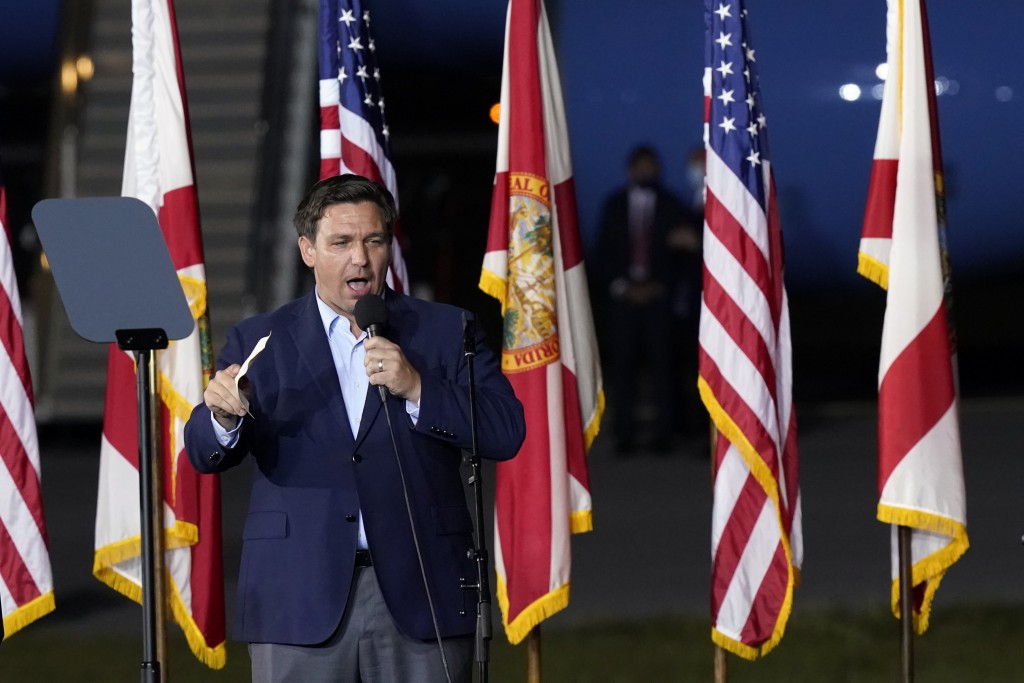 FORT LAUDERDALE, Fla. (AP) — Florida Gov. Ron DeSantis couldn't initially cast his ballot this week because someone changed his address online, a snafu that was quickly fixed and resulted in the arrest of the suspect on felony charges.

DeSantis went to an early voting site in Tallahassee on Monday to cast his ballot, but was told his address had been changed from the governor's mansion to 2185 Pretty Lane, a small apartment complex in West Palm Beach, 420 miles (675 kilometers) away.

He contacted the Florida Department of Law Enforcement, which determined the record had been changed online from a house in Naples, Florida.

The FDLE says in court records filed in Collier County that agents went to the house Tuesday, where Anthony Guevara, 20, admitted changing DeSantis' address through the elections website in Leon County, where Tallahassee is located. He told agents he gained access by using the governor's birth date, which he got from Wikipedia. Court records do not say when that happened.

However, the system also requires knowing the person's driver's license number, the date it was issued and the last four digits of his or her Social Security number. Court records do not indicate how Guevara obtained that information or whether he was able to access the system without it. Neither the FDLE nor Leon County elections officials immediately responded to emails and phone calls seeking comment.

Florida Secretary of State Laurel Lee, who oversees voting in the state and whose office runs the online registration system, issued a statement saying the computer systems “are secure” and voters should have ”confidence in the integrity."

“This incident was perpetrated using publicly accessible voter data, and there is no evidence to suggest that this change was made through the Florida Department of State," Lee said. "We commend the Florida Department of Law Enforcement on their swift action to bringing this malicious actor to justice. The situation was corrected immediately and the voter was able to cast a ballot.”

He is charged with accessing a computer without authorization and illegally altering voting records, third-degree felonies punishable by up to five years in prison.

Guevara was jailed Wednesday pending an afternoon court hearing. Court records do not indicate if has an attorney who could comment on the charges.