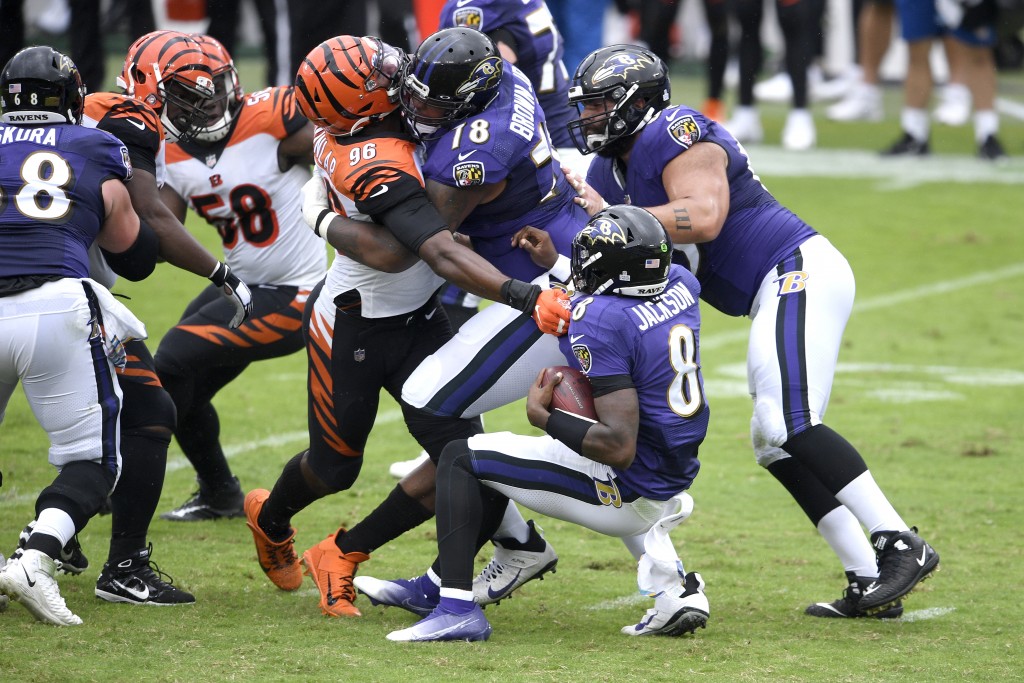 RENTON, Wash. (AP) — Carlos Dunlap made it clear he wanted out of Cincinnati and got his wish.

The Seattle Seahawks hope by getting Dunlap out of Cincinnati, they've landed an answer to help solve their underperforming defense.

In dire need of defensive help, the Seahawks acquired Dunlap from the Bengals on Wednesday, according to multiple people with knowledge of the deal. The people spoke to The Associated Press on the condition of anonymity because neither team had announced the trade.

Dunlap was thoroughly unhappy with his situation in Cincinnati, to the point of briefly putting his house for sale on social media last weekend. The Bengals found a willing buyer in Seattle. The Seahawks have been in desperate need to solve their pass rush issues that have been a key part of a defense that ranks last in the league in yards allowed and passing yards allowed through the first six games of the season.

This season, Dunlap has started four games and had one sack and 18 tackles. He'll finish his career in Cincinnati one sack shy of tying the franchise's all-time mark.

Seattle is reportedly sending backup offensive lineman B.J. Finney and a late-round draft pick to the Bengals in compensation. It's another deft move by general manager John Schneider as Dunlap is not a rental. Dunlap's contract goes through the 2021 season.

Schneider sees the opportunity Seattle has at the moment. The Seahawks have the top offensive in the NFL through six games with Russell Wilson playing as well as any point of his career. But the defense has been a massive problem through a combination of injuries and poor performance, and the pass rush has been a core part of the issue.

Seattle has just nine sacks through six games. Safety Jamal Adams, who has missed the past three games because of an injury, still leads the team with two sacks. The Seahawks didn't record a QB hit on Arizona's Kyler Murray in last Sunday's 37-34 overtime loss.

The lack of pressure up front and problems in the secondary have led to Seattle giving up 368.7 yards per game passing, worst in the league.

Seattle believes Dunlap will be a boost because of his ability to line up in multiple spots at defensive end and be a three-down player. While it seems unlikely Dunlap will play this week, the Seahawks could end up adding Adams, Dunlap, Damon “Snacks” Harrison, Rasheem Green and Mychal Kendricks to their defense in the next couple of weeks.