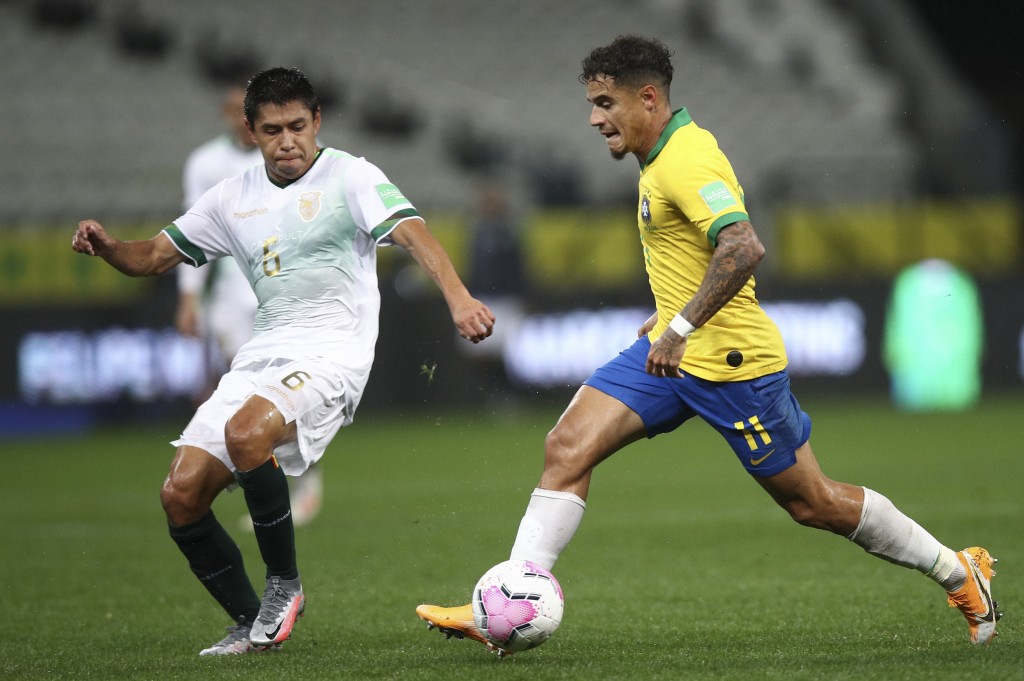 SAO PAULO (AP) — Barcelona midfielder Philippe Coutinho was dropped from Brazil's squad for a pair of World Cup qualifying matches in November because of injury.

Coutinho injured his left thigh on Saturday in Barcelona's 3-1 loss to Real Madrid.

Paquetá had initially been called up for Brazil's Olympic team, which will play Saudi Arabia and Egypt.

Liverpool midfielder Fabinho could also be in doubt for the qualifying matches. He picked up a hamstring injury on Tuesday during his team's 2-0 Champions League win over Midtjylland.