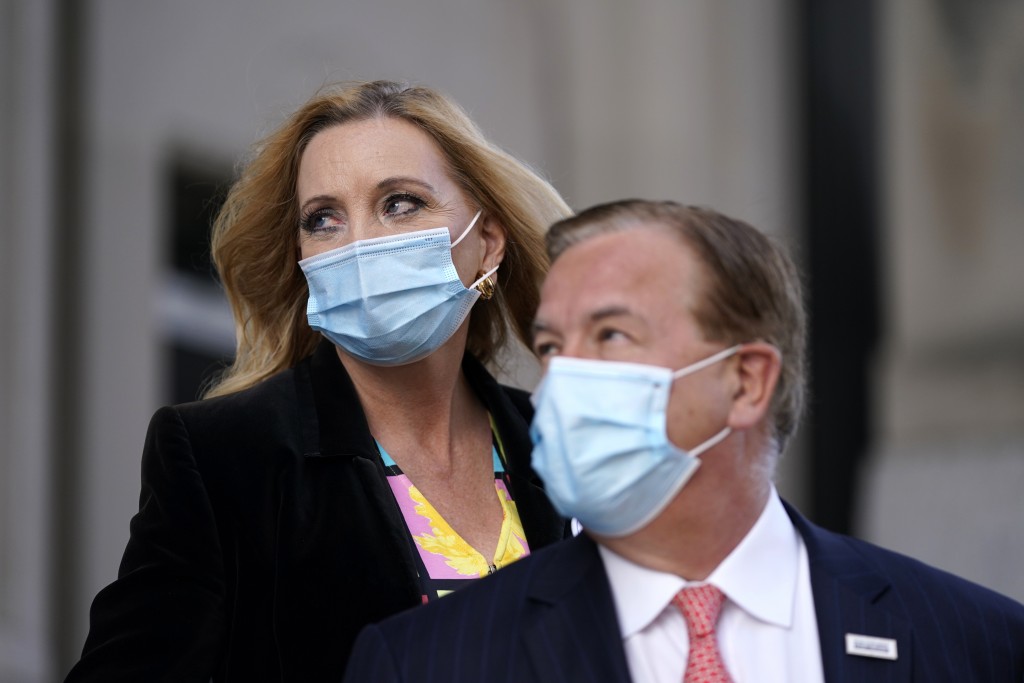 ST. LOUIS (AP) — A St. Louis couple facing felony charges for waving guns at racial injustice protesters who marched near their home will be in court Wednesday asking a judge to remove the city's top prosecutor from the case.

A grand jury earlier this month indicted Mark McCloskey, 63, and Patricia McCloskey, 61, on charges of unlawful use of a weapon and tampering with evidence.

The effort to disqualify Circuit Attorney Kim Gardner, a Democrat, contends that her prosecution is politically motivated. The McCloskeys' attorney, Joel Schwartz, cites emails referencing the case that were sent to potential donors ahead of Gardner’s primary election victory in August.

Gardner’s office responded that the “fundraising emails establish her interest was only in pushing back against Republican attacks on her and her prosecutorial authority — which have nothing to do with the defendants.”

A ruling is not expected Wednesday.

At issue was a protest on June 28, when a few hundred marchers veered onto the private street near the the McCloskeys' $1.15 million home in St. Louis' posh Central West End area.

Mark McCloskey emerged with an AR-15 rifle and his wife displayed a semiautomatic handgun. The confrontation was captured on cellphone video.

No shots were fired, but Gardner filed the weapons charge, alleging the McCloskeys' actions risked creating violence during what she deemed an otherwise peaceful protest.

The McCloskeys contend they were simply defending their home, as allowed by law. They also contend that the demonstration was anything but peaceful given the protesters broke through an iron gate and appeared threatening. Protest organizers say the marchers were not threatening and didn't break the gate.

The McCloskeys have since become celebrities in conservative circles. They've been in frequent contact with Republican President Donald Trump, Schwartz said earlier this month. They spoke on video at the opening night of the Republican National Convention.

Republican Missouri Gov. Mike Parson has said he will pardon the McCloskeys if they are convicted.

The evidence tampering charge was added by the grand jury. The indictment alleges that the couple altered a semiautomatic pistol “to impair its verity” in the investigation.