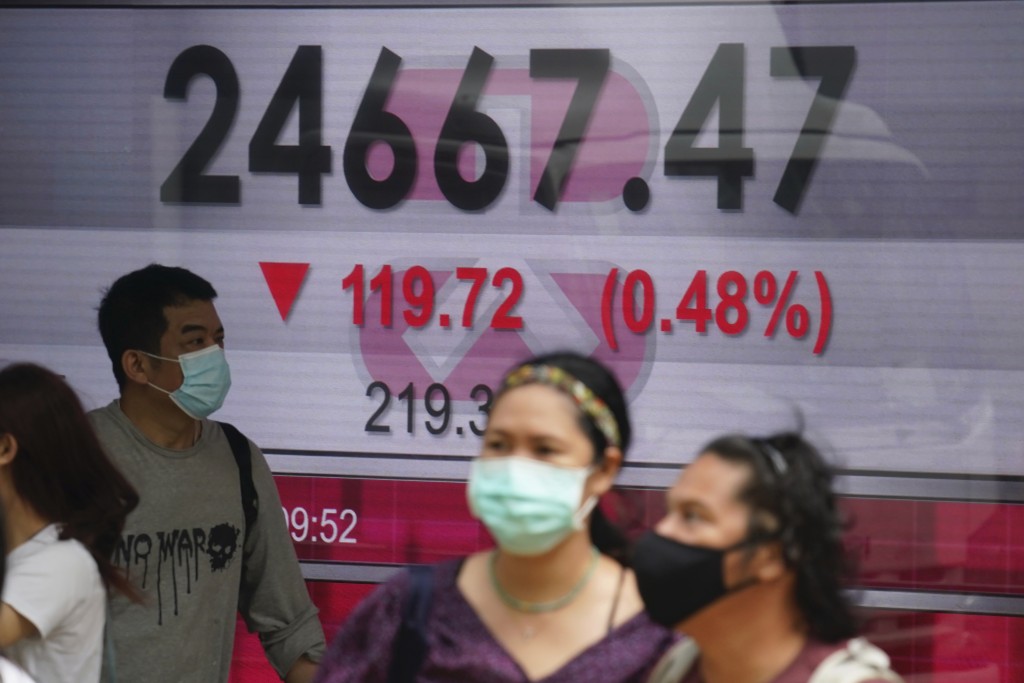 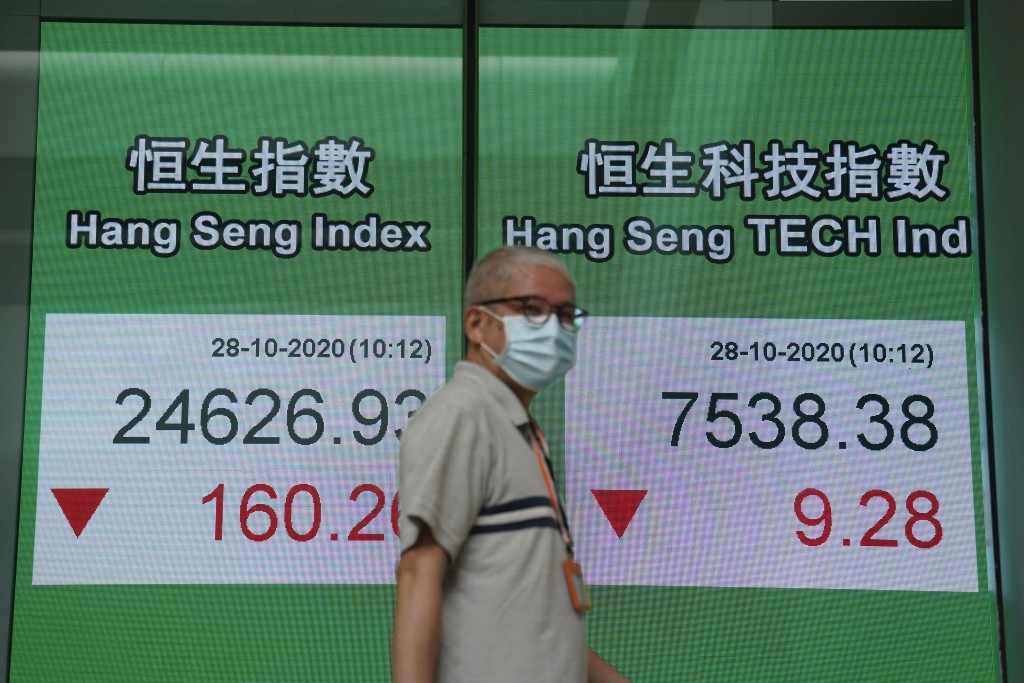 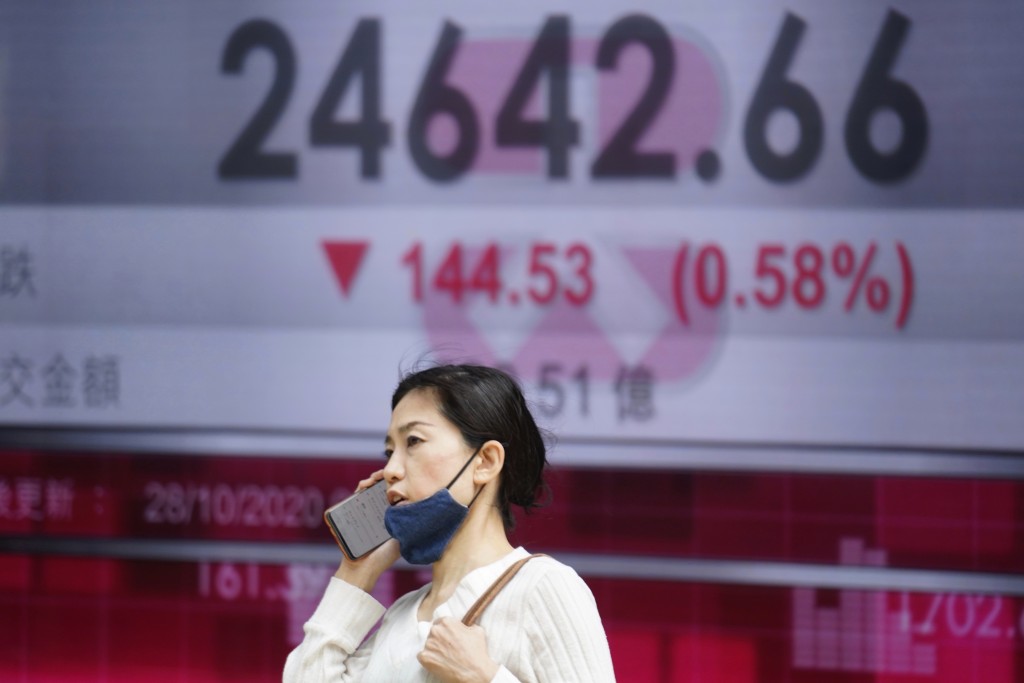 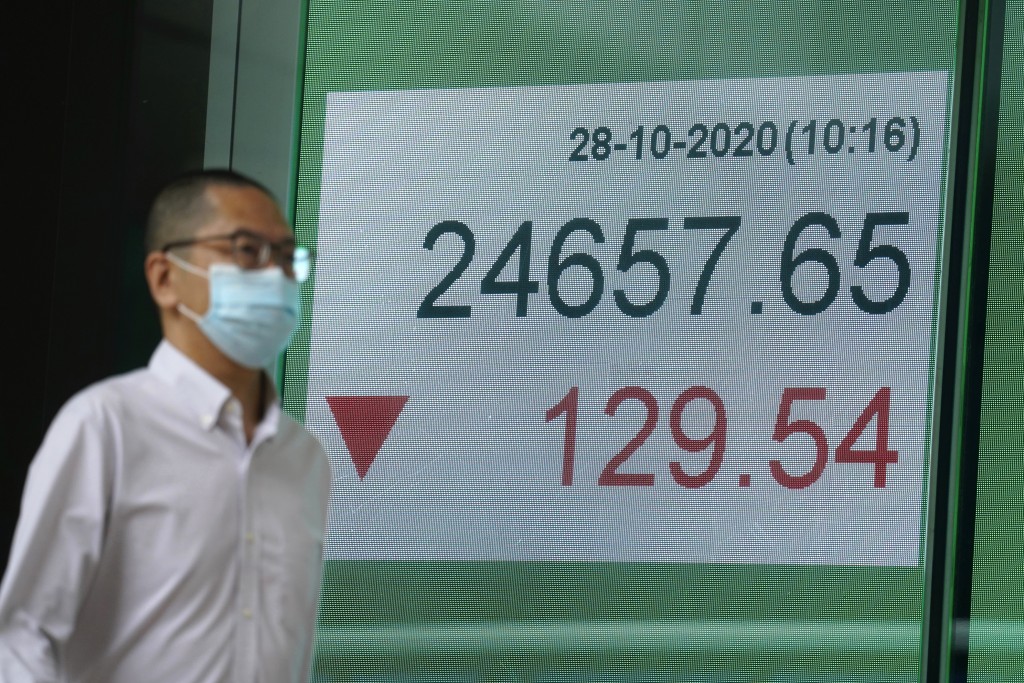 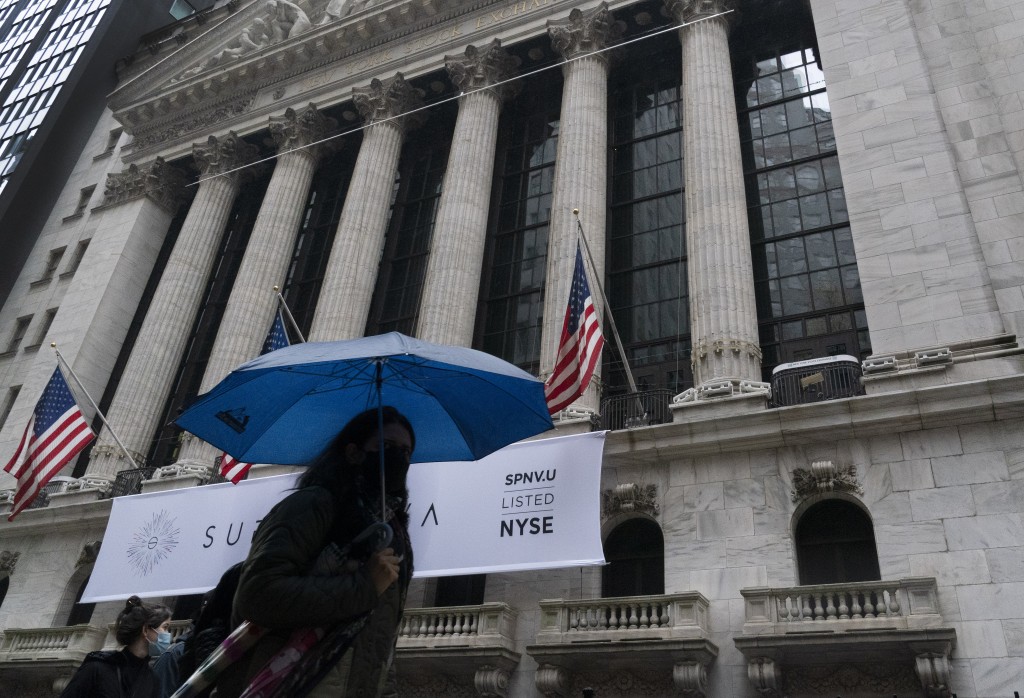 TOKYO (AP) — Asian shares mostly recovered Wednesday from an early decline on worries about rising numbers of coronavirus infections and Washington's inability to deliver more aid to the economy.

The optimism that the pandemic may have been somewhat under control has dissipated as infections continue to rise in Europe, the U.S. and other parts of the world. Few sectors, such as communication and IT services, are gaining amid the outbreaks, deepening the pessimism in Asia.

“Sustained COVID-19 worries keep the risk sentiment in check for Asia, likewise finding the market choosing to err on the side of caution,” said Jingyi Pan, senior market strategist at IG.

Caution continues to hang over markets. Governments have begun to impose restrictions on businesses and other activities to help curb surging infections. That could choke off improvements seen since the summer. Fresh pandemic precautions are also drawing a public backlash despite spiking levels of illness in European countries.

Investors are clamoring for Congress to deliver more virus relief for the U.S. economy, but they’re increasingly acknowledging it won’t happen anytime soon.

Wall Street's caution is also apparent in how it's reacting to corporate profit reports. Through the first two weeks of earnings season, companies that reported better results than expected have not been getting the typical pop in their stock price the day after.

In energy trading, benchmark U.S. crude lost 82 cents to $38.75 per barrel in electronic trading on the New York Mercantile Exchange. It gained $1.01 to $39.57 per barrel on Tuesday.

Brent crude, the international standard, fell 65 cents to $40.55 a barrel.