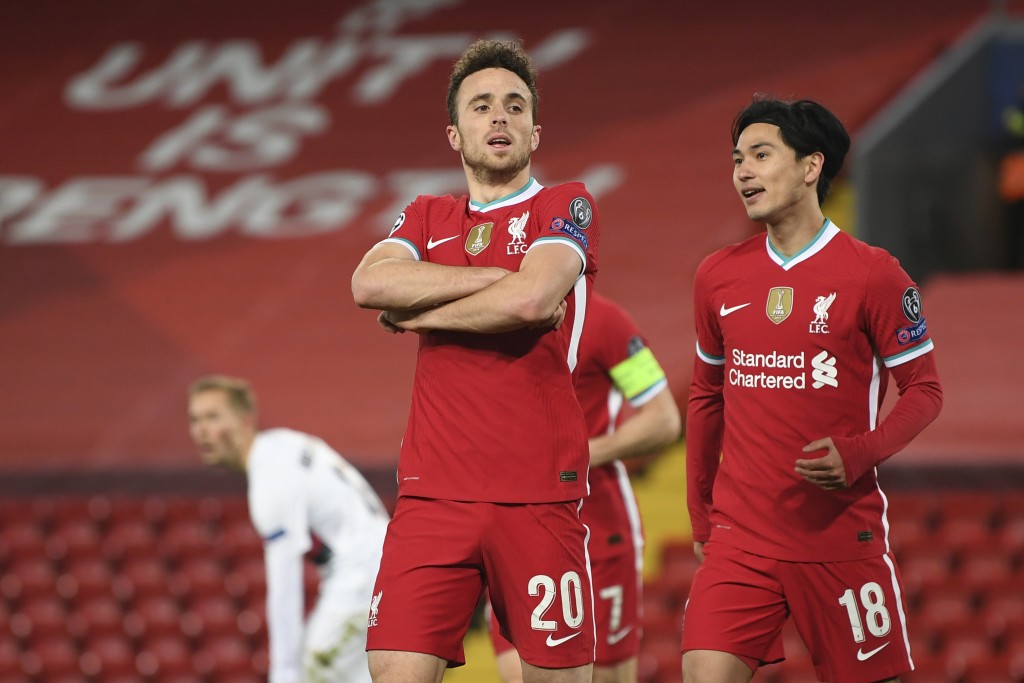 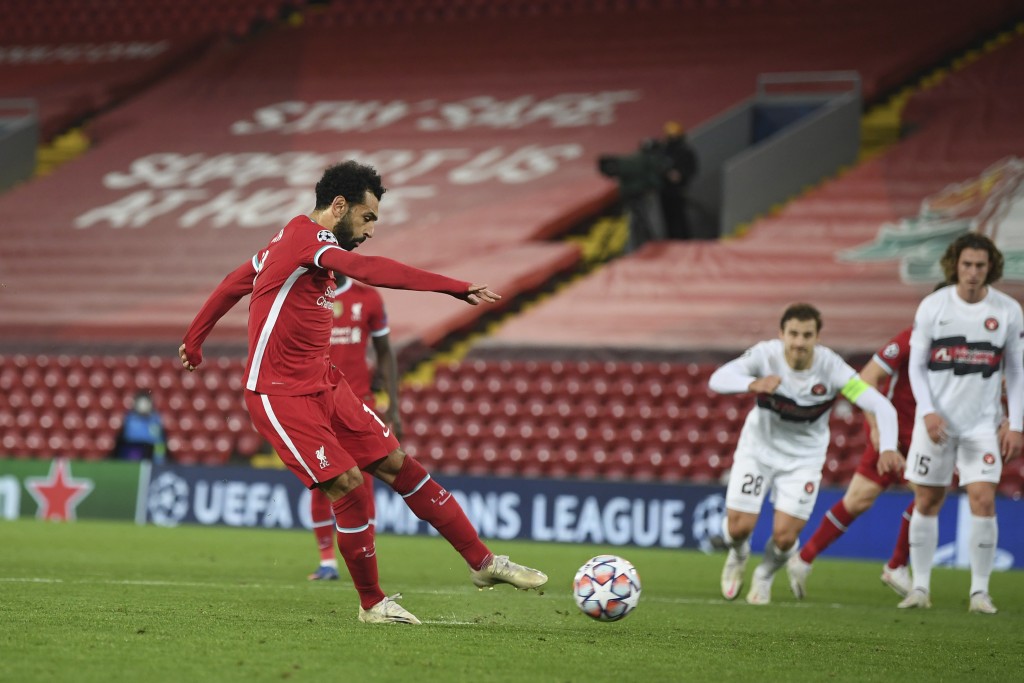 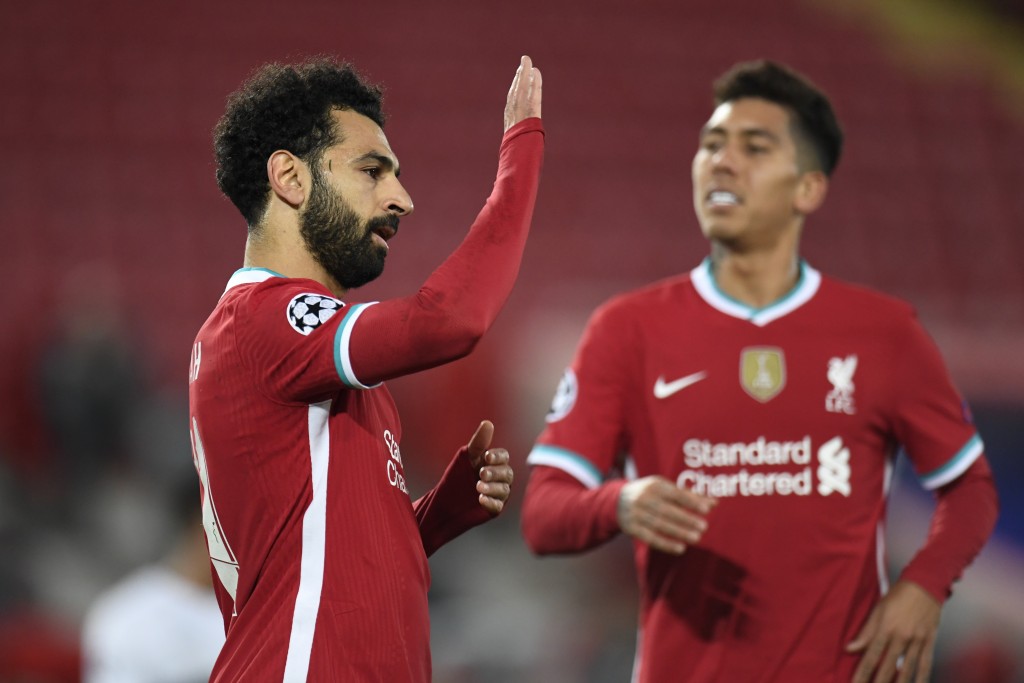 LIVERPOOL, England (AP) — Diogo Jota scored the 10,000th goal in Liverpool's 128-year history to lead the six-time European champion to a 2-0 win over FC Midtjylland in the Champions League on Tuesday.

Mohamed Salah converted a penalty in stoppage time to complete the win for the English champions, who have opened Group D with back-to-back victories — having beaten Ajax 1-0 last week.

Jota's historic goal came in the 55th minute when he tapped in from close range following a well-worked move involving Xherdan Shaqiri and Trent Alexander-Arnold.

The negative for Liverpool at Anfield was an injury to Fabinho which forced off the Brazil midfielder and deepened the team's early-season defensive woes.

Fabinho has been filling in at center back for Virgil van Dijk, who is likely out for many months after damaging cruciate knee ligaments. With Joel Matip currently struggling for fitness, Liverpool has just one fit senior center back in Joe Gomez.

Midtjylland, the Danish champion playing its first away game in Europe's elite competition, troubled Liverpool at times and wasted two great chances — both of which fell to the same player.

Anders Dreyer was denied by goalkeeper Alisson in a one-on-one chance in the opening minutes, then chipped a shot into the side-netting when through on goal in the 89th, when the score was 1-0.

Midtjylland opened the group with a 4-0 loss to Atalanta.