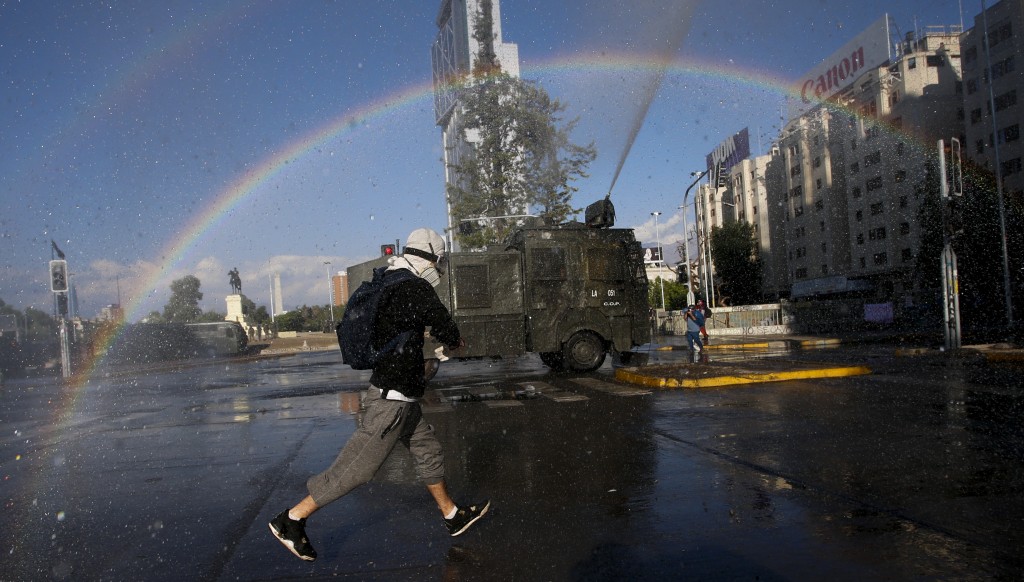 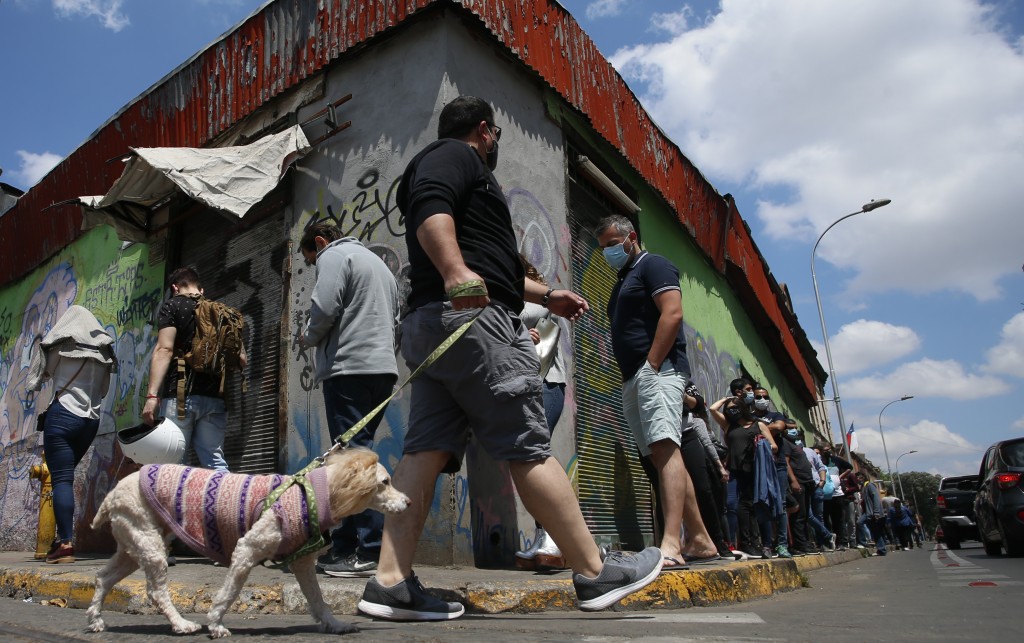 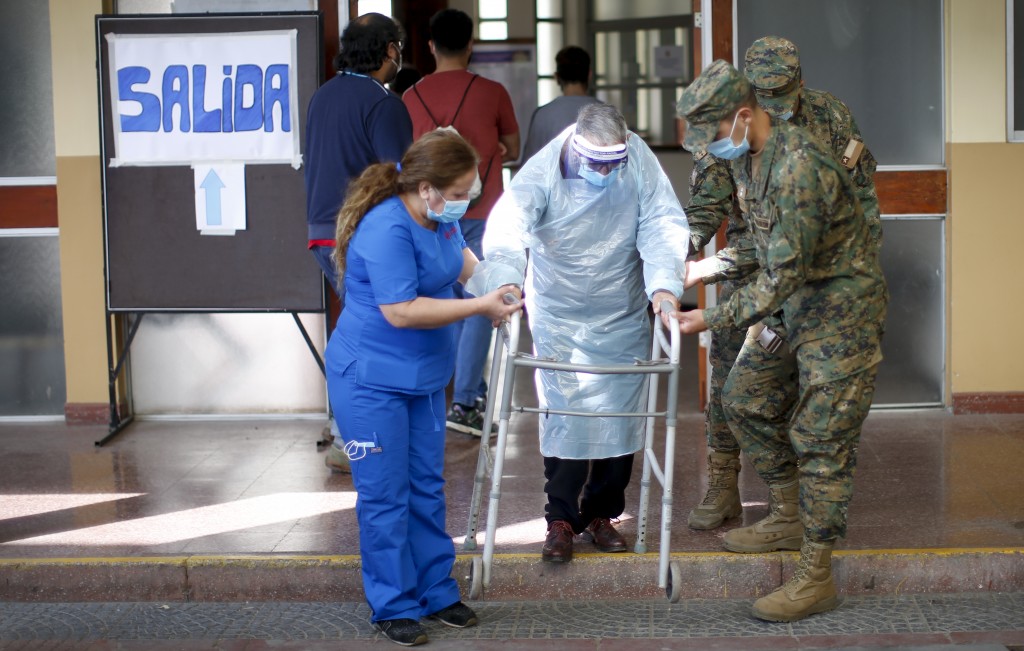 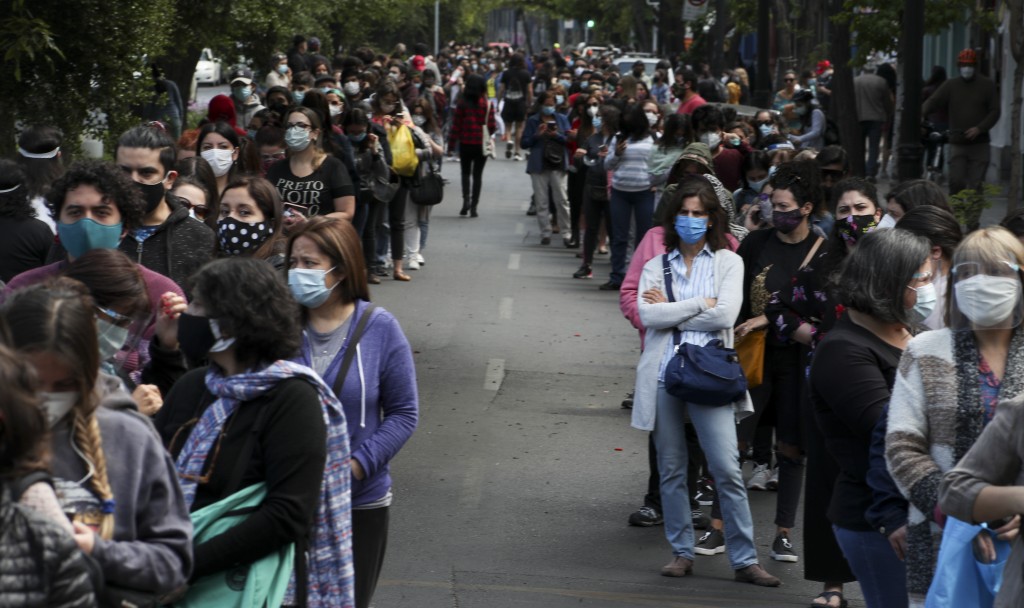 SANTIAGO, Chile (AP) — The fireworks and street celebrations are over in Chile, and now many months of hard work and uncertainty loom for a population impatient for change.

One of Latin America’s most affluent nations, and also one haunted by social and economic inequality, plans to draft a new constitution to replace the charter introduced during military rule decades ago. The project’s launch comes during a global pandemic that sapped Chile’s economy and follows protests and deadly clashes with security forces since last year.

Even though the protests ebbed during lockdown measures aimed at slowing the spread of the coronavirus, the potential for unrest remains. Whether a new constitution can deliver the sweeping, egalitarian change that many in the country of 19 million people want won’t be clear for years.

“How will a new Chilean constitution define new economic and social rights, which are only attainable if the funding resources are there?" said Cynthia Arnson, director of the Latin America program at the Wilson Center in Washington.

“The channeling of last year’s social explosion into a process for political change is a major accomplishment. Meeting demands to overcome inequality through constitutional procedures will be a huge, but not insurmountable challenge,” Arnson said.

Sunday’s overwhelming vote to have a constitutional convention with gender parity draft a new charter sets up a long schedule — the election of 155 citizens for that body on April 11 next year, the installation of the convention in the following month, and then a plebiscite on the proposed constitution in mid-2022.

The fact that Chileans voted to elect constituents who are not in Congress highlights an awkward dynamic: The constitutional project will unfold under the aegis of a government and Congress widely viewed as having failed their people.

“It has to be interpreted as a general and comprehensive rejection of the political class as a whole,” said Marcelo Mella, a political analyst at the Universidad de Santiago de Chile, a university in Chile’s capital. “All parties with parliamentary representation should feel on notice.”

Lucía Dammert, an academic at the same university, said the vote was “a very strong blow to conventional politics.”

There is concern that independent candidates will struggle to be elected to the constitutional convention because large political coalitions may try to dominate with their own candidates.

The vote on a new constitution was the result of an agreement between the government of President Sebastian Piñera and the opposition. The goal was to find a way to address the concerns of protesters frustrated over inequality in pensions, education, health care and other issues.

For many Chileans, Piñera, a businessman, represents free-market principles that were embodied in the old constitution that took effect in 1981 under military ruler Gen. Augusto Pinochet, after a plebiscite in 1980. Those principles led to a booming economy that left many people behind, and conservative critics speculate a new constitution endorsing more social programs and state intervention could hurt economic development.

The old constitution was amended over the years, notably with the 2005 repeal of an article that had allowed appointed senators and senators for life in Congress.

Piñera had described the vote Sunday as a way of strengthening democracy, and the robust voter turnout — despite worry about the pandemic — and nearly 80% support for a new constitution show a high level of unity and enthusiasm among Chileans seeking change.

The 155 people who will b e elected to draft a new constitution are likely to revise or throw out a host of articles in the old one. They include language that allows the state to take a backseat to the private sector in the provision of some social services, lets the private health care industry dominate while state options deteriorate, limits the right of state workers to protest, and describes the military as having a role in domestic security.

Also, Chile's Indigenous groups are not specifically mentioned in the old constitution, and there is a push for Indigenous candidates to be allowed to run in April for election to the constitutional convention. Members of the Mapuche, Chile's most populous ethnic group, have a contentious relationship with the state and their longtime push for land and other rights has been marked by violence.