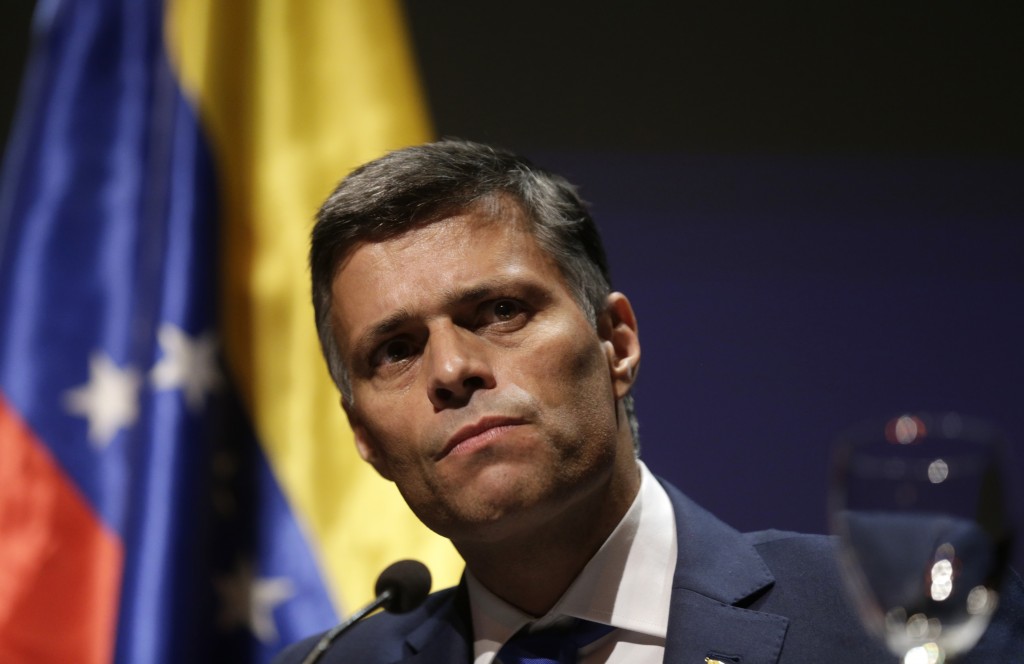 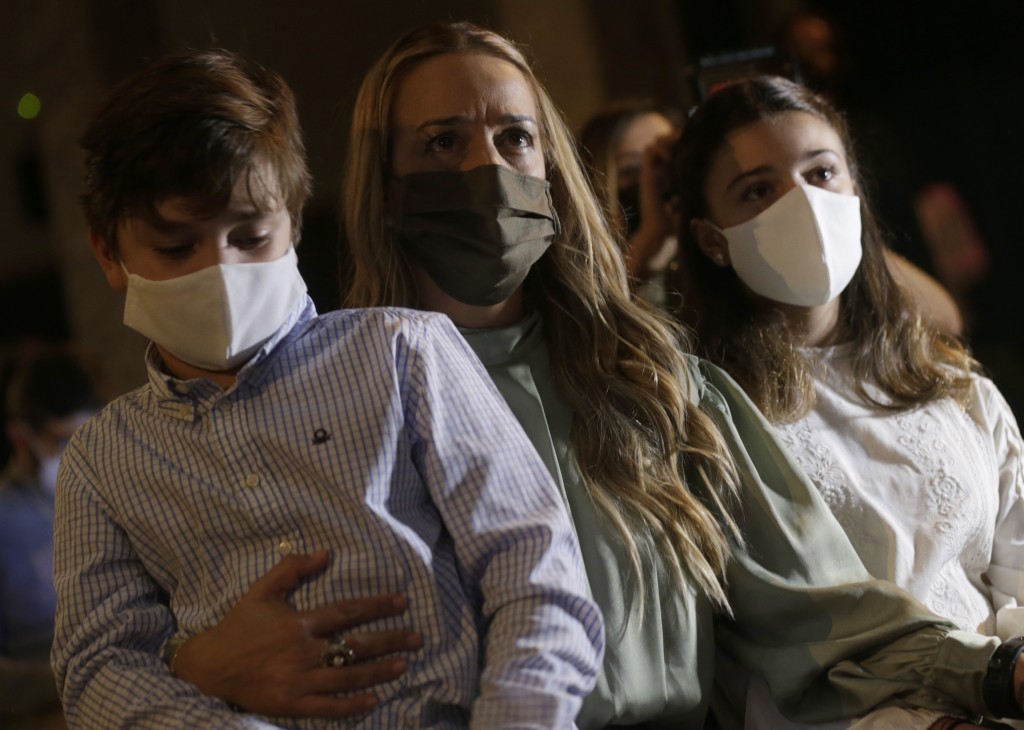 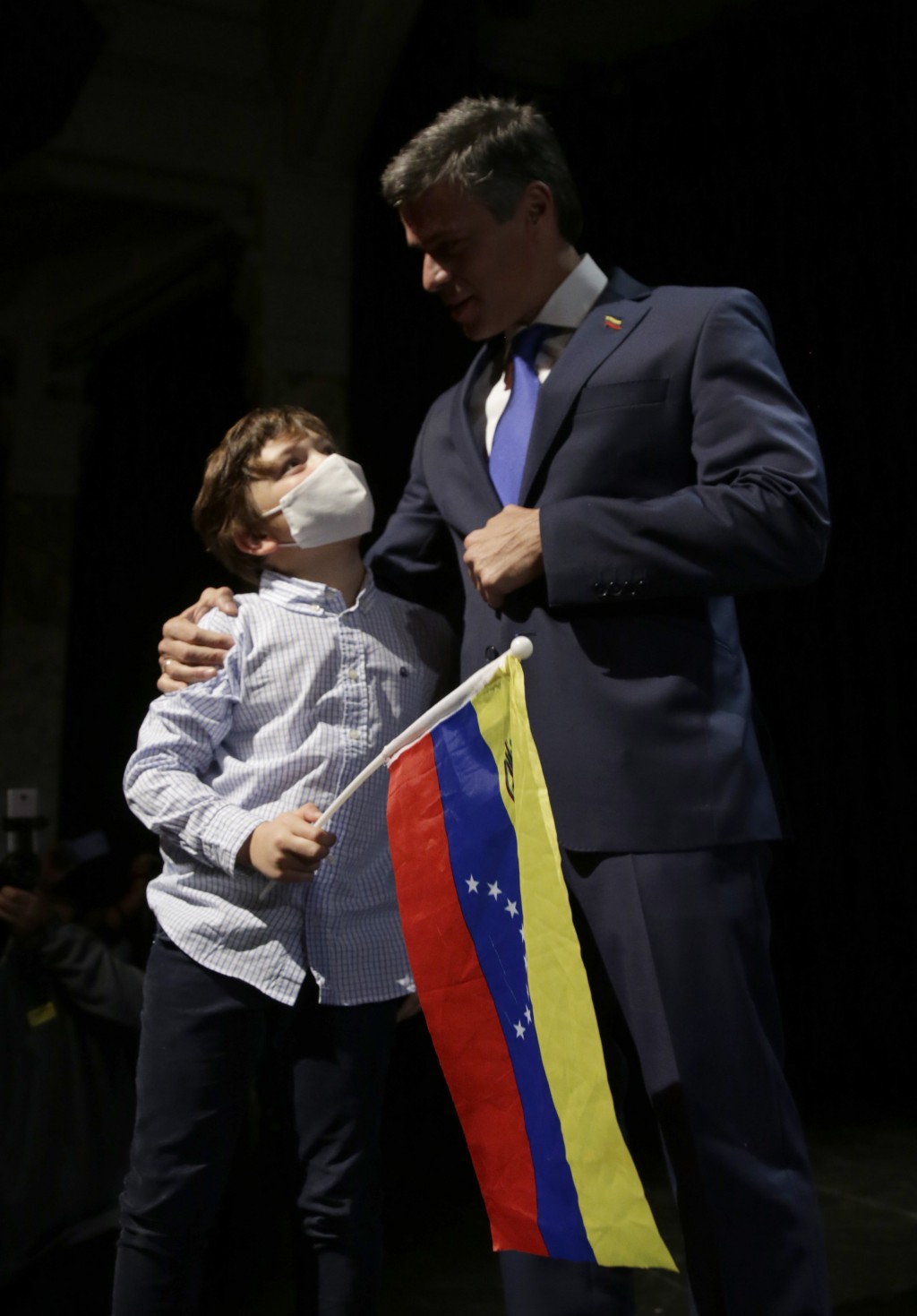 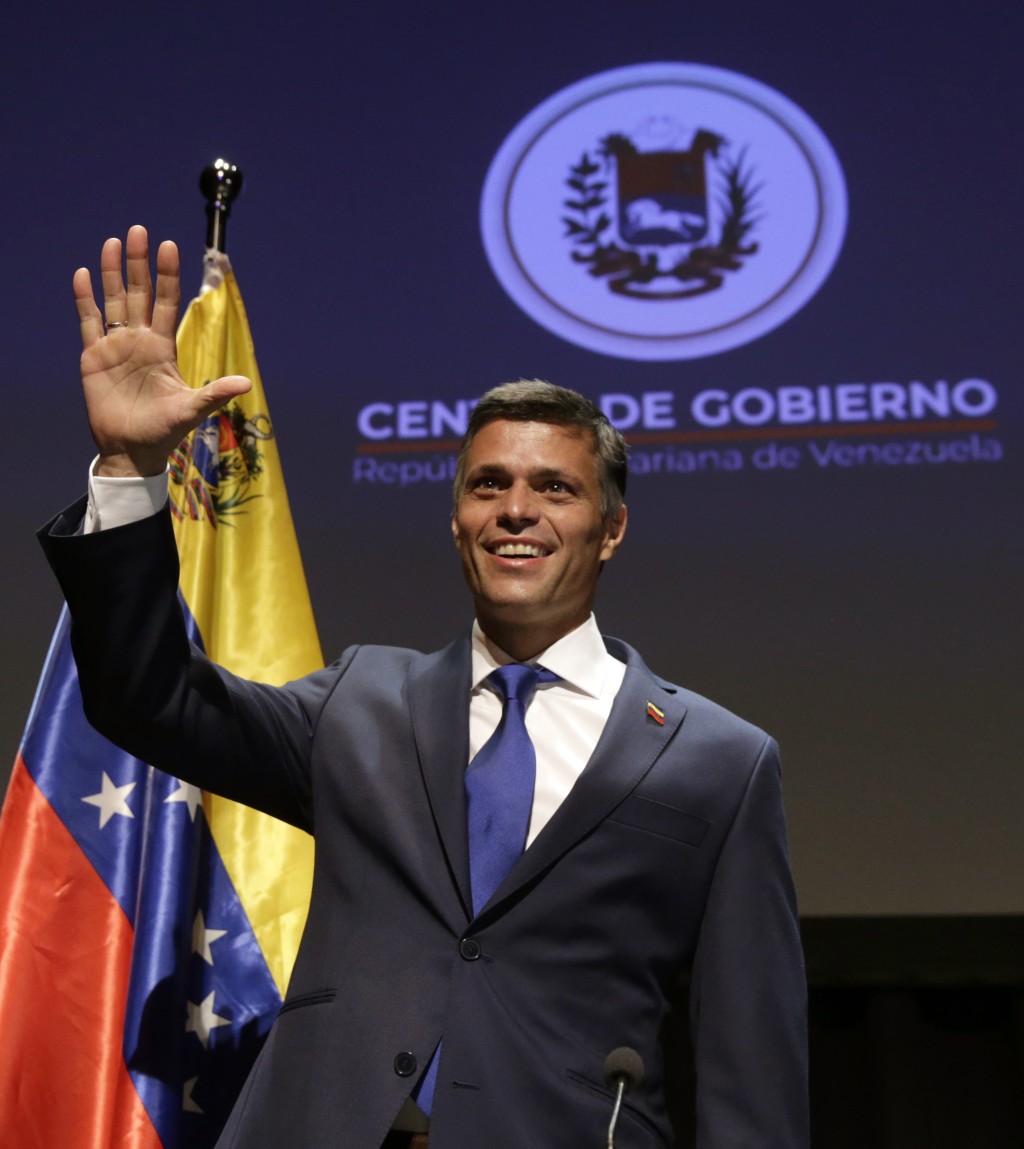 MADRID (AP) — Leopoldo López, the Venezuelan politician who for years has led the biggest challenge to the government of Nicolás Maduro, has pledged from his self-imposed exile in Spain to continue fighting to “free” his homeland.

López, who spent over six years in prison, confined at home or in the Spanish embassy in Caracas, addressed reporters Tuesday for the first time since reuniting with his relatives in the Spanish capital two days earlier.

“It is our responsibility and also the one of nations that believe in democracy, to do everything in their power to liberate Venezuela,” said López, adding that change shouldn't happen because of external influence but due to the Venezuelan people's will “in coordination with the free world.”

“I have faith and conviction," he said.

López spoke to cameras minutes after he was received by Spanish Prime Minister Pedro Sánchez at the headquarters of Sánchez's Socialist party in Madrid — a choice of location interpreted as an attempt by the Spanish leader to distance his left-wing coalition from the Venezuelan politician. Sánchez's partner in the government, the far-left United We Can party, has in the past had connections with Chavismo.

A close aide with knowledge of the meeting told The Associated Press that it lasted more than an hour and a half and that both leaders showed “much empathy.”

Presenting himself as a “commissioner” of the government of Juan Guaidó, who has been recognized by more than 50 countries as Venezuela’s interim leader because Maduro's 2018 re-election was considered illegitimate, López pledged to promote a “free, fair and verifiable” new presidential election in Venezuela.

Maduro's government also is preparing to retake control of the National Assembly, the last major domestic institution in opposition hands, in December legislative elections that Guaidó has vowed to boycott.

López fled Saturday from the Spanish ambassador’s residence in Caracas, where he had found shelter since he led a failed U.S.-backed military revolt against Maduro in April 2019, and landed in Madrid on Sunday.

Asked about details of the whirlwind escape, he declined to release any information that he said could endanger others.