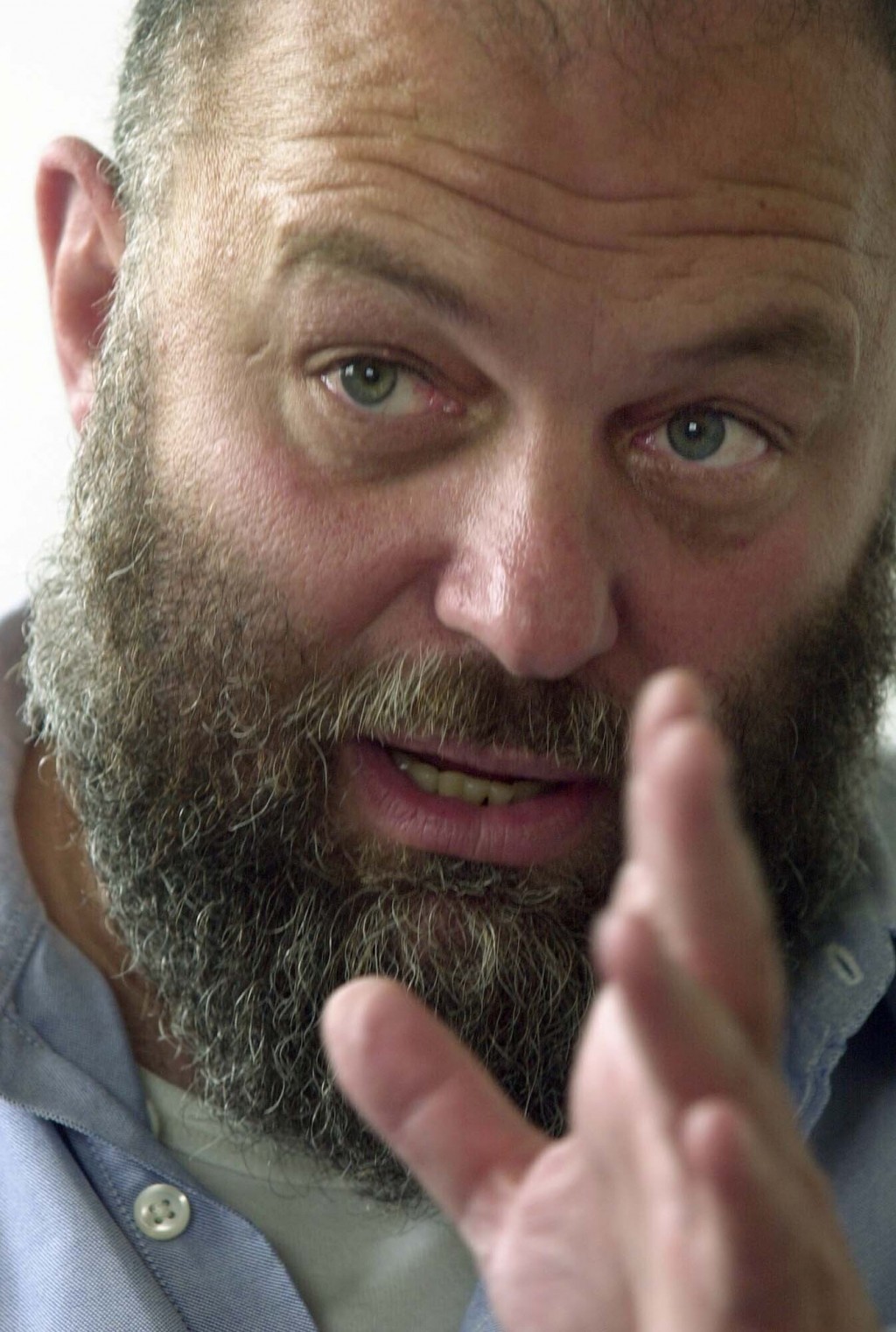 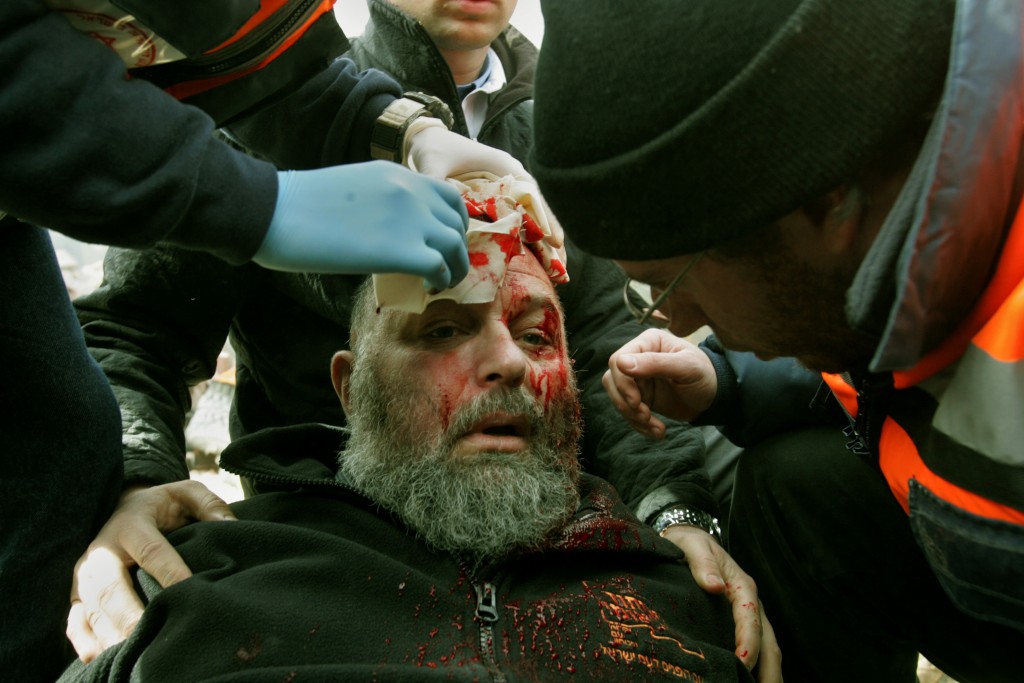 JERUSALEM (AP) — Israel plans to nominate a far-right former general and Cabinet minister who once called for the expulsion of Palestinians from the West Bank to head the Yad Vashem Holocaust memorial, officials said Tuesday.

Effie Eitam, a religious nationalist with a history of harsh rhetoric toward the Palestinians and Israel's Arab minority, is also a staunch advocate of Jewish settlements in the occupied territories, which are widely seen as a violation of international law and an obstacle to peace.

Groups representing Holocaust survivors have expressed concern his appointment could tarnish one of the world's leading institutions for Holocaust remembrance and open it up to criticism from the Palestinian-led boycott movement as well as those who question or deny the Nazi genocide.

Higher Education Minister Zeev Elkin, a member of Prime Minister Benjamin Netanyahu's Likud party, selected Eitam for the post, Israel's Haaretz daily reported. An Israeli official, speaking on condition of anonymity to discuss the appointment, which has not been made public, said Netanyahu supports his candidacy. A spokesman for Elkin did not respond to requests for comment.

In an interview, Eitam said Netanyahu offered him the job two months ago but said he has heard nothing since then. He indicated he would be interested in the post if the appointment becomes official and said he was unaware of any controversy surrounding his candidacy. A parliamentary committee would have to give final approval.

Eitam, 68, served in the Israeli military during the 1973 Middle East War and the 1982 invasion of Lebanon. During the first Palestinian intifada, or uprising, in 1988, troops under his command beat up two Palestinian suspects, one of whom later died. The soldiers, who were convicted of assault by a military court, said they were following orders.

He retired as a brigadier general in 2000 and later entered politics, serving in the Knesset, or parliament, from 2003 until 2009. He also briefly served as a Cabinet minister before resigning in 2005 to protest Israel's withdrawal from the Gaza Strip. Eitam lives in the Golan Heights, which Israel seized from Syria in the 1967 war and annexed in a move not recognized internationally.

During the second intifada in the early 2000s he advocated harsh measures, saying then-Palestinian leader Yasser Arafat and his “gang of murderers” should be put to death. In 2006 he was bloodied in clashes between settlers and Israeli troops during the evacuation of a West Bank outpost.

Later that year, in a speech at a memorial service for a soldier killed in Lebanon, he reportedly called for the expulsion of most Palestinians from the West Bank and for the removal of Israel's Arab citizens from the political system, referring to them as a “fifth column” and a “group of traitors.” Arabs make up 20% of Israel's population.

Eitam told The Associated Press he did not recall making the remarks, which were widely reported by Israeli media.

Eitam described himself as a “unifier” and consensus builder, and said his full record would be fairly reviewed.

“Those people who will have to make the decision, no doubt they will consider all the aspects of the nomination and they will come to a decision,” he said.

Eitam would replace Avner Shalev, 81, who announced his retirement earlier this year after leading Yad Vashem for 27 years. A spokesman for Yad Vashem declined to comment.

Yad Vashem is a non-political and almost sacred institution in Israel. Before the coronavirus pandemic it regularly hosted visits by students, soldiers and other tour groups, as well as the country's annual Holocaust remembrance day ceremony. Visiting world leaders nearly always pay their respects at Yad Vashem for the 6 million Jews murdered by Nazi Germany and its collaborators during the Second World War.

Colette Avital, a former Israeli diplomat and lawmaker who heads the Center of Organizations of Holocaust Survivors in Israel, expressed concern over Eitam's nomination, saying Yad Vashem should be led by someone with a background in Holocaust research and education.

“Yad Vashem is really the embodiment of an institution that speaks on behalf of minorities,” she said. “It’s really very difficult to accept statements like the ones he made.”

“There are enough people, whether it’s BDS or whether it’s people that deny the Holocaust and so on, who will say ‘Look, the guy, how can he speak on behalf of Holocaust survivors when this is what he says about the Arabs?’” she said, referring to the Palestinian-led boycott, divestment and sanctions movement.

Eitam's appointment may help Netanyahu domestically as he goes on trial for corruption and seeks to solidify his right-wing base amid weekly protests and widespread anger at the government's handling of the pandemic. But it could worsen the divide between Israel and the Jewish Diaspora, particularly Jewish Americans, who tend to be more liberal.

Netanyahu has come under fire internationally and from Yad Vashem itself for embracing right-wing leaders in Europe who offer political support to Israel while also giving voice to a distorted view of the Holocaust.

In recent years, formerly communist nations like Poland, Hungary, Lithuania and Ukraine have sought to blame the Holocaust entirely on Nazi Germany while absolving their own citizens of responsibility and commemorating anti-Soviet fighters who collaborated with the Nazis.

Yad Vashem also came out against a government plan in 2018 to deport tens of thousands of African migrants, saying the issue was a “national and international challenge that requires empathy, compassion and mercy.”

“The experience of the Jewish people over generations heightens this obligation,” it said.