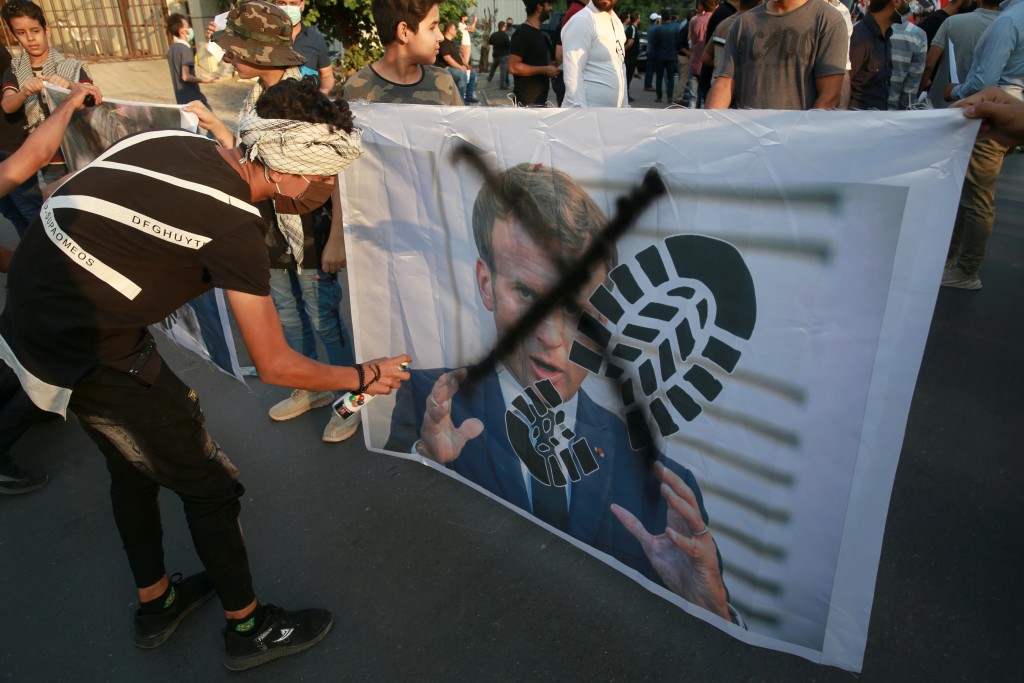 TEHRAN, Iran (AP) — Iran summoned a French diplomat in protest at what it says is France's support for the publication of caricatures of the Prophet Muhammad, state media reported on Tuesday, in the latest fallout over France's response to the beheading of a teacher.

The report by state TV said an Iranian official in the country’s Foreign Ministry told the French diplomat that Paris' response to the killing was “unwise." The Iranian official said it was regrettable that France was permitting hatred against Islam under the guise of support for freedom of expression, state TV reported.

Countries across the Middle East have been outraged by French President Emmanuel Macron's remarks last week in which he refused to condemn the publication or showing of caricatures of the Prophet Muhammad. An 18-year-old of Chechen origin beheaded near Paris on Oct. 16 a teacher who had shown caricatures of Muhammad in class.

France considers religious satire to be among the kinds of speech that fall under the freedom of expression, while many Muslims consider any perceived attack on their prophet as a grave offense.

A powerful association of clerics in the Iranian city of Qom also urged the government late Monday to condemn Macron for his remarks while calling on Islamic nations to impose political and economic sanctions on France. Iranian hard-line newspaper Vatan-e Emrooz depicted Macron as the devil and called him Satan in a cartoon on its front page Tuesday.

In Saudi Arabia, the country's state-run Saudi Press Agency on Tuesday put out a statement quoting an anonymous Foreign Ministry official saying in an Arabic dispatch that the kingdom “rejects any attempt to link Islam and terrorism, and denounces the offensive cartoons of the prophet.” The agency did not immediately transmit the statement on its English or French services.

Already in the region, Kuwaiti stores pulled French yogurts and bottles of sparkling water from their shelves, Qatar University canceled a French culture week, and calls to stay away from the French-owned Carrefour grocery store chain were trending on social media in Saudi Arabia and the United Arab Emirates.

Protests have been held in Iraq, Turkey and the Gaza Strip, and Pakistan’s parliament passed a resolution condemning the publication of cartoons of the prophet.